Since becoming a royal, everything the Duchess of Sussex wears seems to sell out and in many instances has to be restocked multiple times. While this former actress and activist has become one of the most sought after style influencers, Meghan’s style remains decidedly true to her own aesthetic even after becoming a first time mom.

Since welcoming son Master Archie, Meghan has veered away from revealing off-the-shoulder styles and has instead opted to conceal her arms and clavicle. In previous years, she was more than happy to show off a little bare skin or reveal more of her arms during summer engagements. 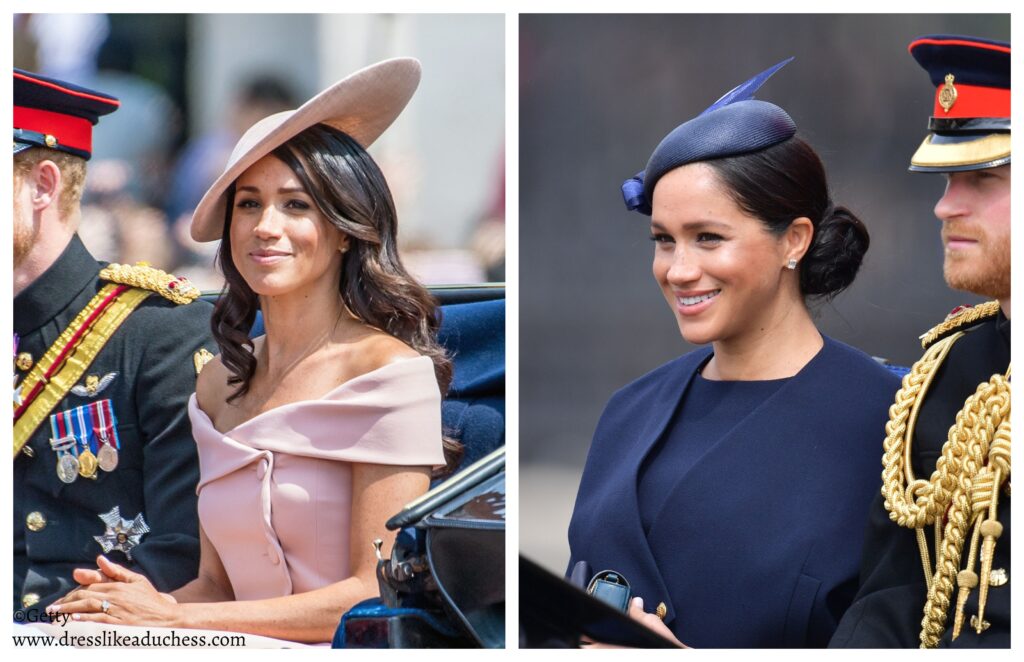 While the duchess hasn’t had a dramatic overhaul in her clothing choices, she has changed her color palette from pale pinks and soft romantic blushes to more navy, black and white. In fact Meghan has stepped out in white to debut Archie, for her son’s christening and at Wimbledon in a white pinstripe blazer. 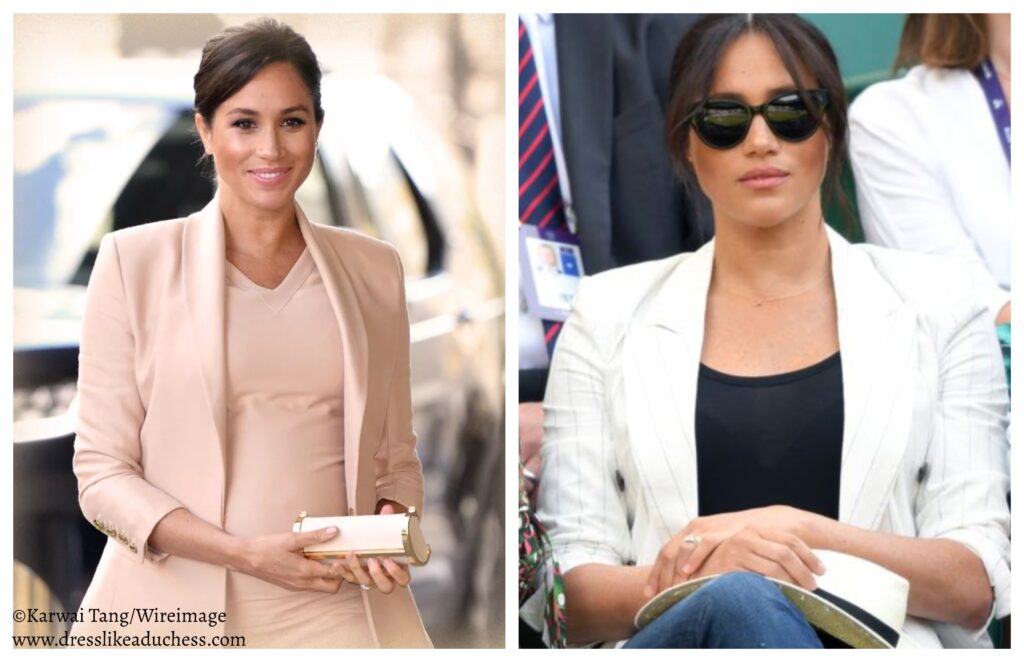 Meghan’s style has gone from sexy sheaths to docile dresses since welcoming her son with Prince Harry. Shunning thin belted styles for more forgiving fits, the duchess has opted for more fit-and-flare silhouettes and selected a round neck and three-quarter sleeve style from Dior for Archie’s baptism. 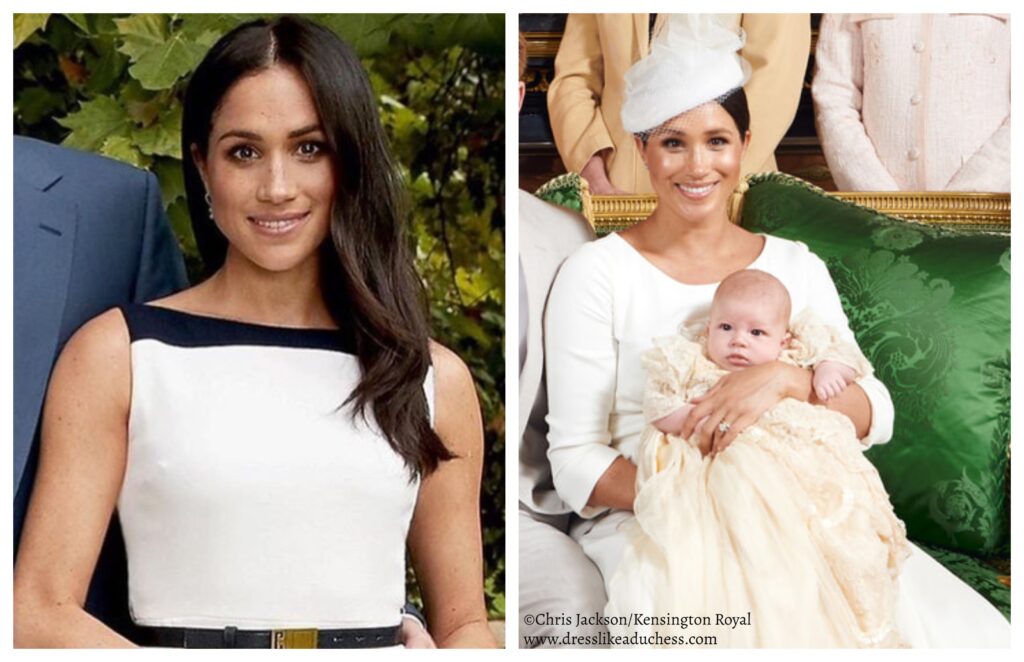 Dealing with late night feedings, diaper changes and spit up necessitates a different wardrobe. Meghan has opted to shuffle her shirt dress collection to the back of her cottage closet and instead go for more caftan dresses in lightweight linen. 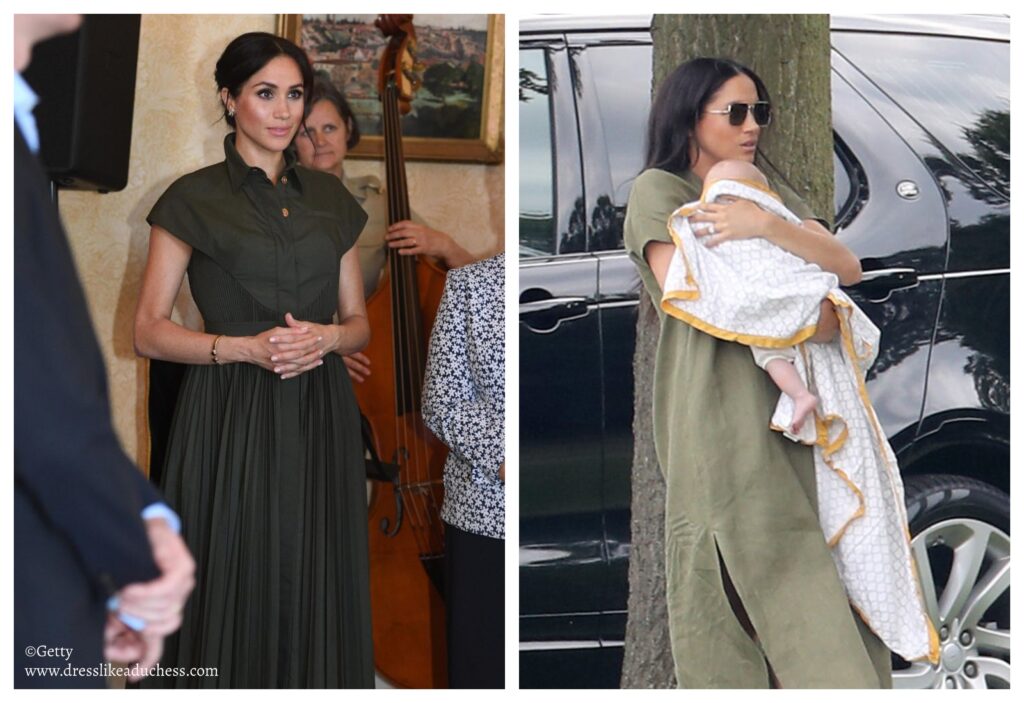 Since welcoming her son, Meghan has selected minimal jewelry to accessorize her ensembles and has debuted chic studs versus larger statement jewelry. Archie’s mom has also lowered the hemline on her LBD styles ensuring her knees are fully covered. 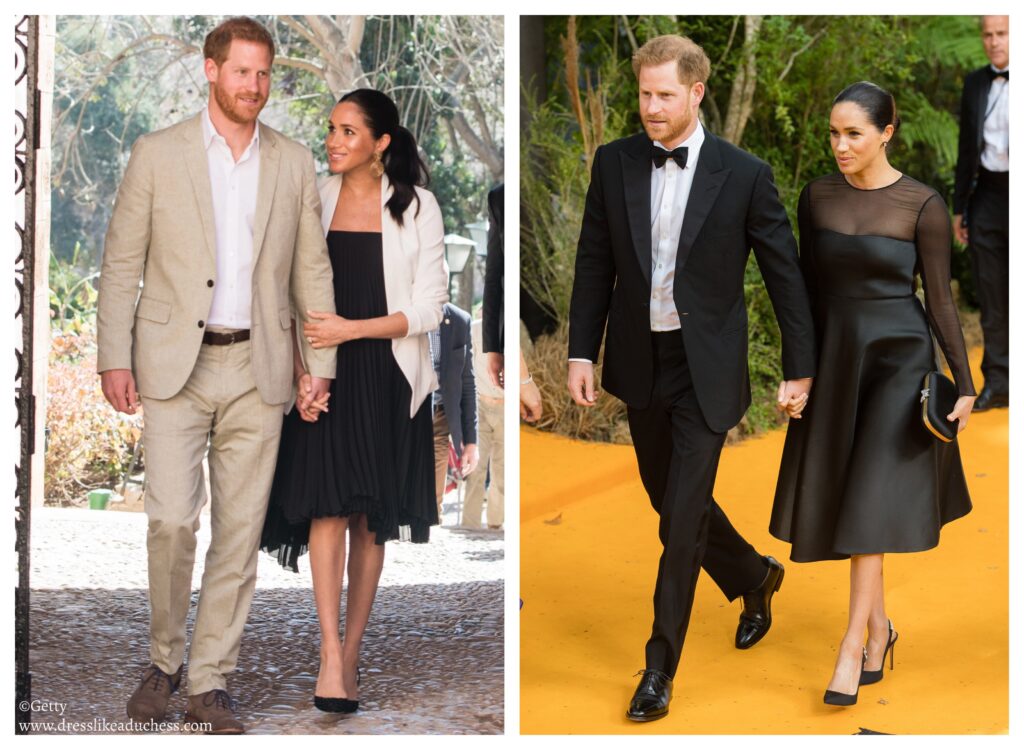 The Duchess of Sussex has forfeited a full maternity leave in favor of accompanying Prince Harry to a few royal engagements. The proud parents looked smitten at a charity baseball game where Meghan debuted a Stella McCartney dress with longer sleeves (unlike her past Hugo Boss belted midi) and a wider belt than her previous ensembles. 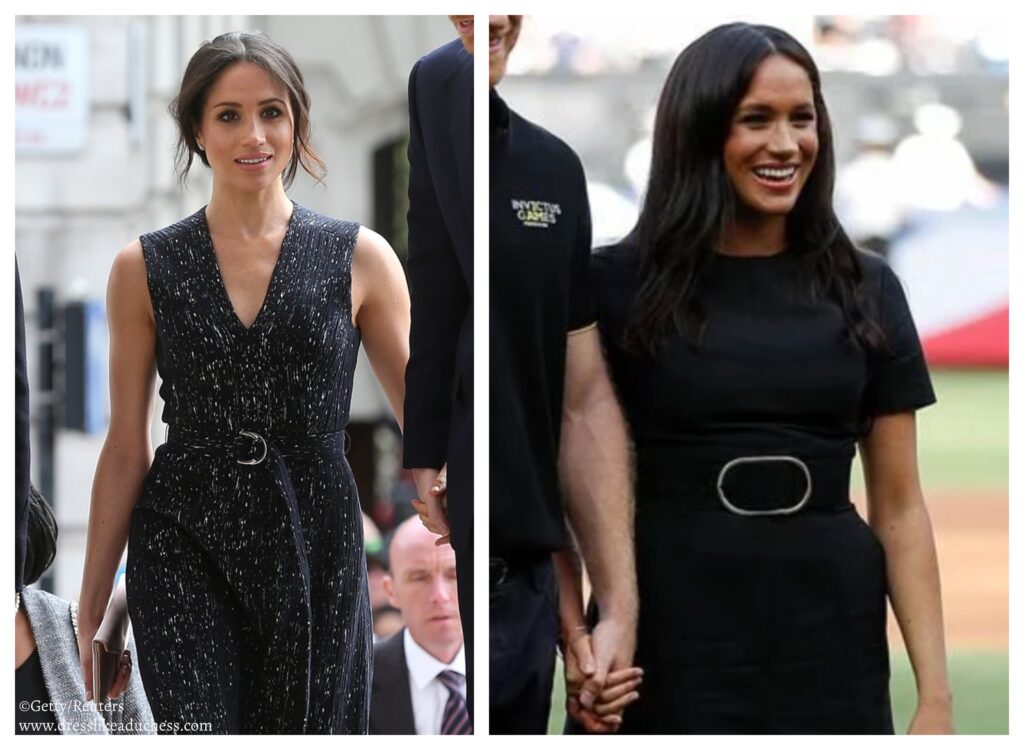 The duchess has remained true to her love of pleated colorblock styles but instead of a dress opted for separates at Wimbledon. And rather than expose any hint of a lacy undergarment, the new mom made sure her button Givenchy down shirt revealed no hint of a bra (nursing or otherwise). 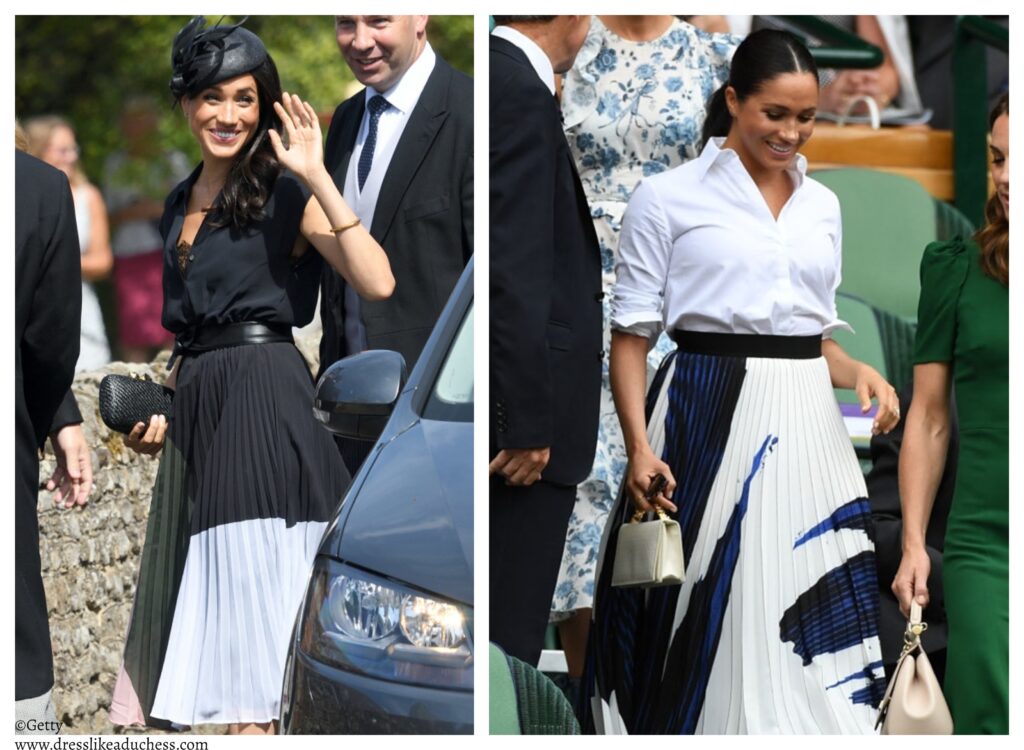