While there are so many rumors surrounding the Duke and Duchess of Sussex–it’s hard to separate fact from fiction but one recent revelation appears to have been true. In late August, many media outlets reported that the family of three visited a traditional village pub. The grubby gossip appeared to be another ‘fake news’ story regarding the Frogmore fam. And the restaurant itself denied the story.

It appeared that once again there were fabricated tales being spun about the Sussexes.  However, today it emerged that TMZ had photos of the ginger haired prince and his lady love along with their four-month old son enjoying a meal at the down-to-earth dining spot–The Rose & Crown in Winkfield. It’s easy to see why Harry and Meghan chose this cozy eatery. The restaurant receives rave reviews on Google and Facebook and is renowned for its classic British fare like beer battered fish and baked Camembert as well as cottage pie and some delectable desserts like rhubarb and honeycomb and sticky toffee pudding.

During their two-hour visit it was reported by Emily Andrews that Harry enjoyed a few pints while Meghan stuck to water. And TMZ claims that both Harry and Meghan tucked into a roast dinner. Doting dad Harry was also seen carrying his son’s car seat while Meghan appeared to be toting baby gear including a blanket and a nylon diaper bag possibly in dark green or olive. 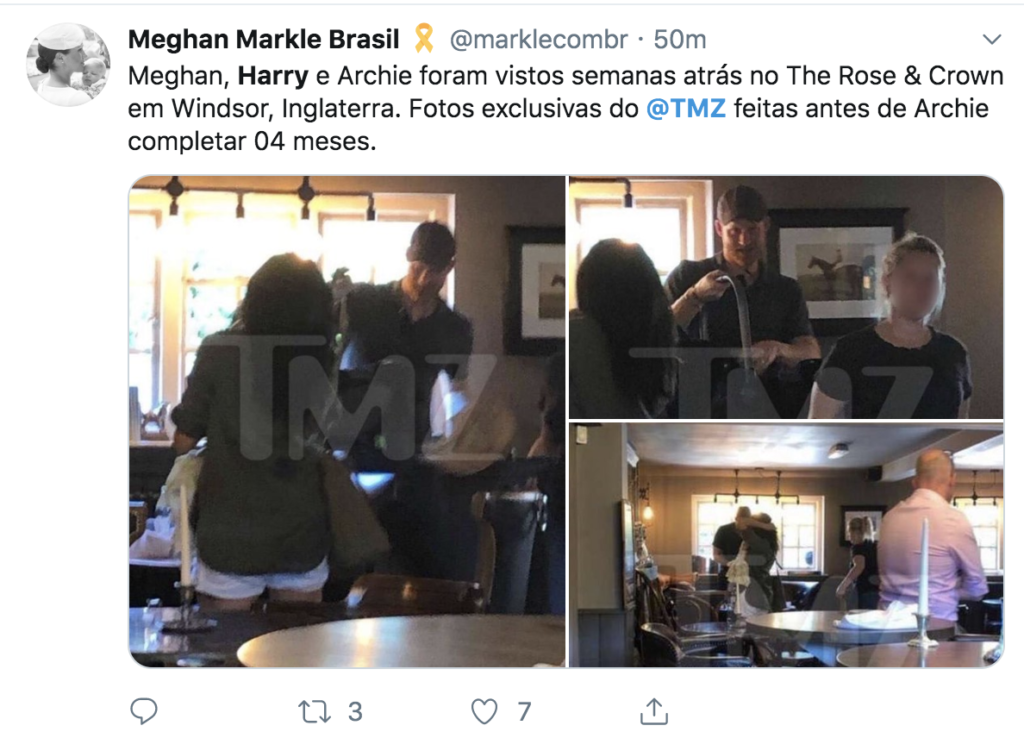 According to TMZ and other diner reports, Archie didn’t cry during the two-hour leisurely outing and appeared to be napping through most of the meal. 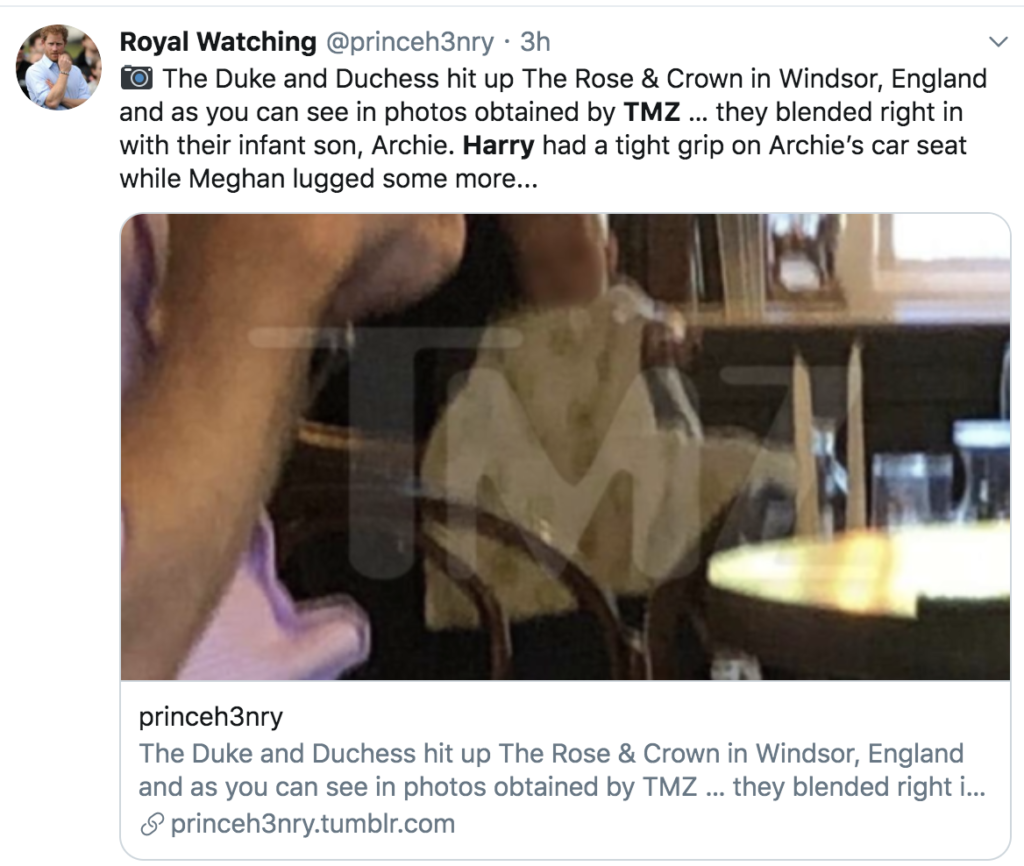 For the outing, Duchess Meghan appeared to be wearing white shorts, a denim shirt (possibly her beloved J.Crew Classic Chambray shirt) and had her hair worn loose and slightly wavy.