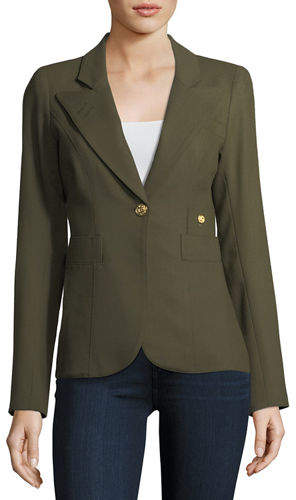 Kate, Duchess of Cambridge owns two Smythe blazers one in green and one in blue.  Kate has worn her blue blazer on several occasions in 2014, 2012 and 2011.  The blazer was renamed the ‘Duchess Blazer’ after Kate first wore it in 2011. 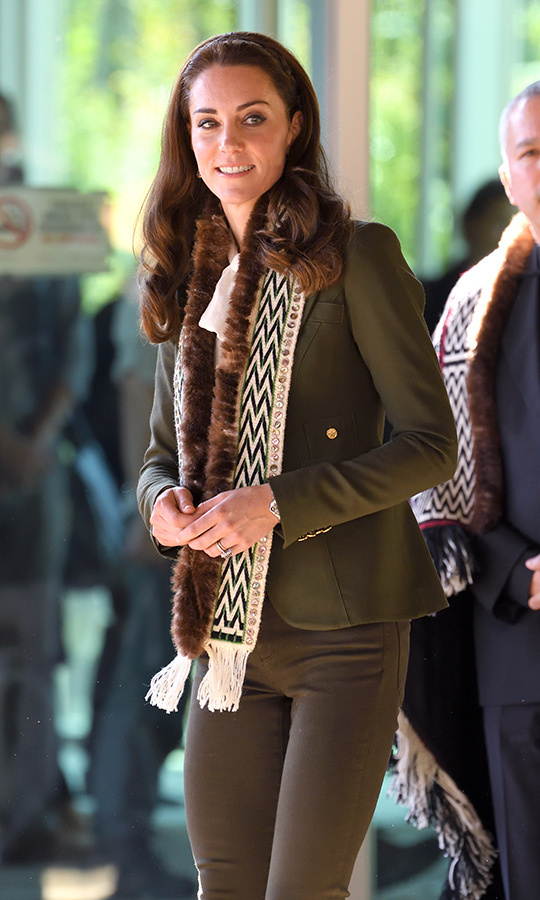 Kate wore the green blazer for the first time in 2016 during her visit to Canada and later in December 2018 for a visit to Cyprus with Prince William. 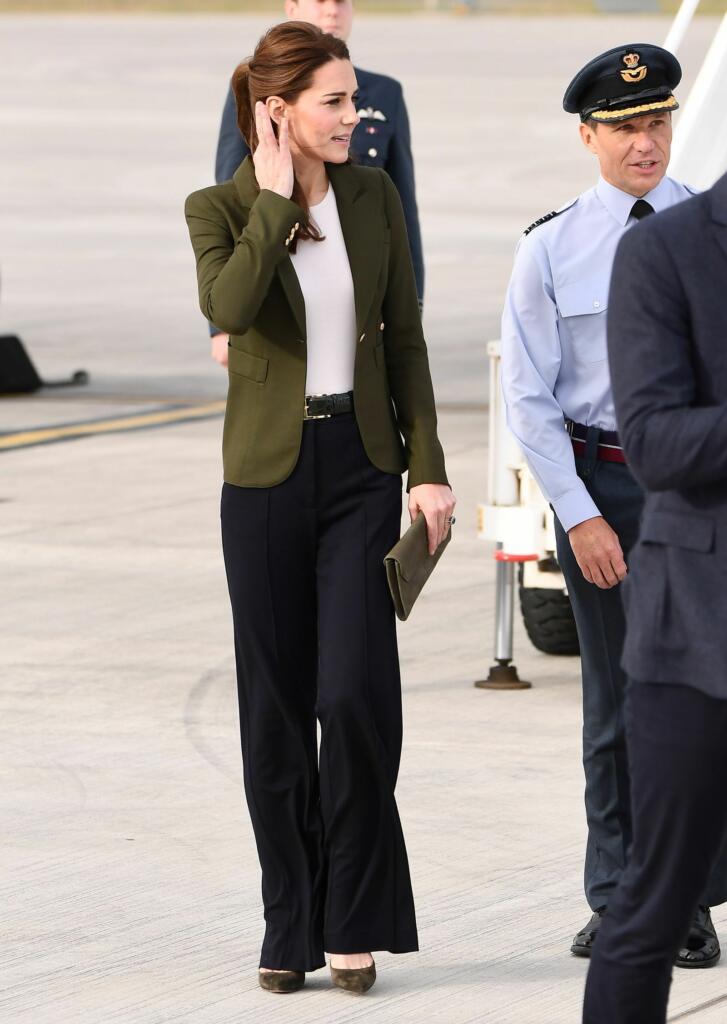 In fact, Kate has worn her ‘Duchess Blazers’ on both of her Canadian tours.  Symthe is a Canadian owned company. 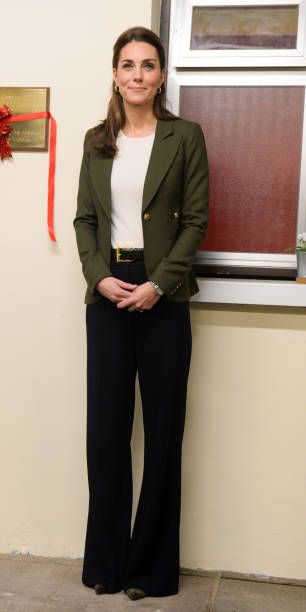 This Canadian made wool blazer has a polyester/spandex lining. The blazer is available in army(green), black, camel, cloud(light blue), forest green, ivory, navy, red and slate(blue).

The Smythe collection was first introduced in 2004 by Andrea Lenczner and Christie Smythe.  Their tailored coats and jackets are prefect with dresses, pants, skirts and any occasion day or night.