Tonight the Duke and Duchess of Sussex are attending a special gala performance of Hamilton. The event on Wednesday evening raises funds for one of Harry’s longtime charities, Sentebale. Prince Harry setup the charity alongside friend Prince Seeiso of Lesotho; in June, the former bachelor took a solo trip to Africa to open a school and a house on behalf of Sentebale.

Tickets for the special performance range from $25 to $130, plus a charity donation. The funds raised from the performance will go to support the mental health and well-being of children and young people affected by HIV in Lesotho & Botswana. 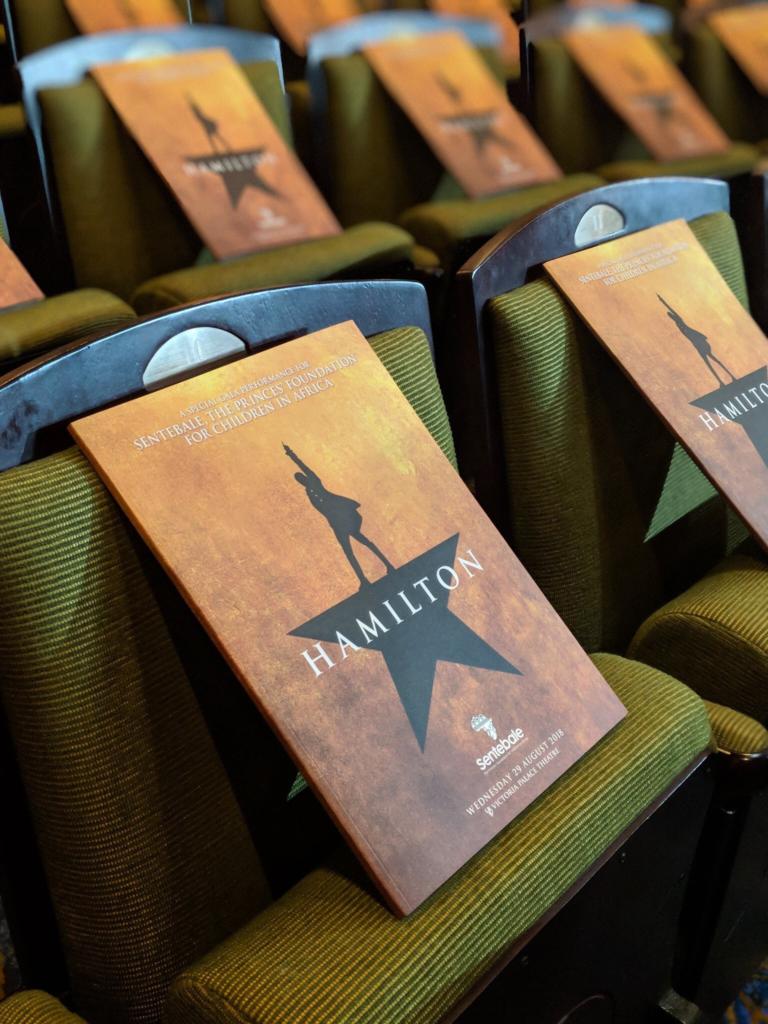 The royal couple will be the guests of honor at Hamilton alongside the show creator, Lin-Manuel Miranda. The couple and Miranda will meet the cast and crew on the stage of London’s Victoria Palace Theatre and also address the audience. This will be the third performance of Hamilton for the Duchess of Sussex who also saw the musical with good friend Priyanka Chopra and Prince Harry on a secret date shortly after announcing their engagement.

The Duchess of Sussex has previously been spotted in a similar blazer dress for what appears to be an editorial photo spread. 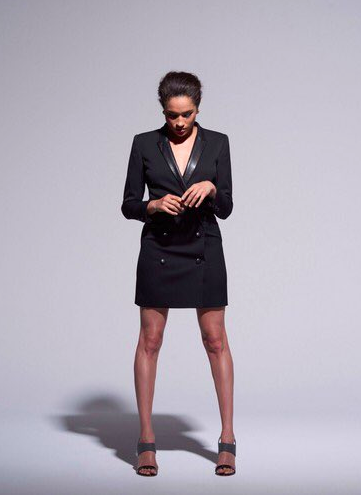 The Judith and Charles dress retails for $595 and can be found on the brand’s website. The brand confirmed that the duchess was styled by good friend and Canadian resident Jessica Mulroney, thus, it’s no surprise she selected a Canadian designer for Meghan. The dress is described as a “double-breasted tuxedo dress with peak lapels and a two by three front button closure with two patch pockets at front.” It’s currently available for pre-order. The minidress is available HERE 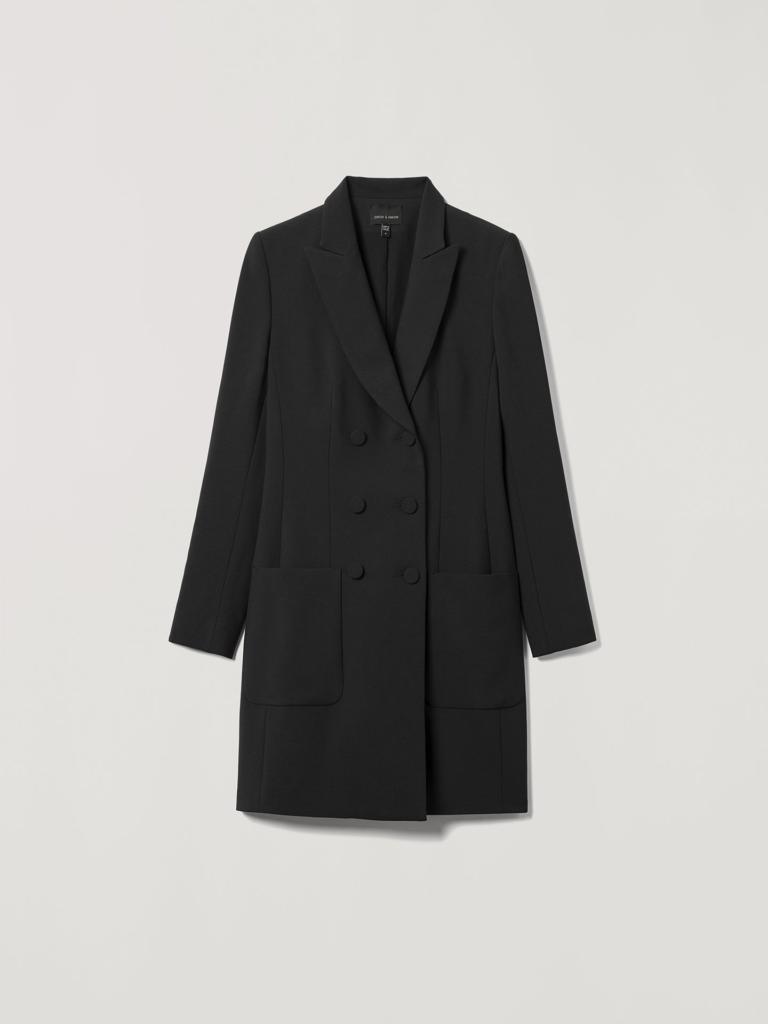 The Duchess of Sussex is carrying a textured box clutch that has yet to be identified. The duchess owns a similar Jimmy Choo J Box clutch which is currently available. 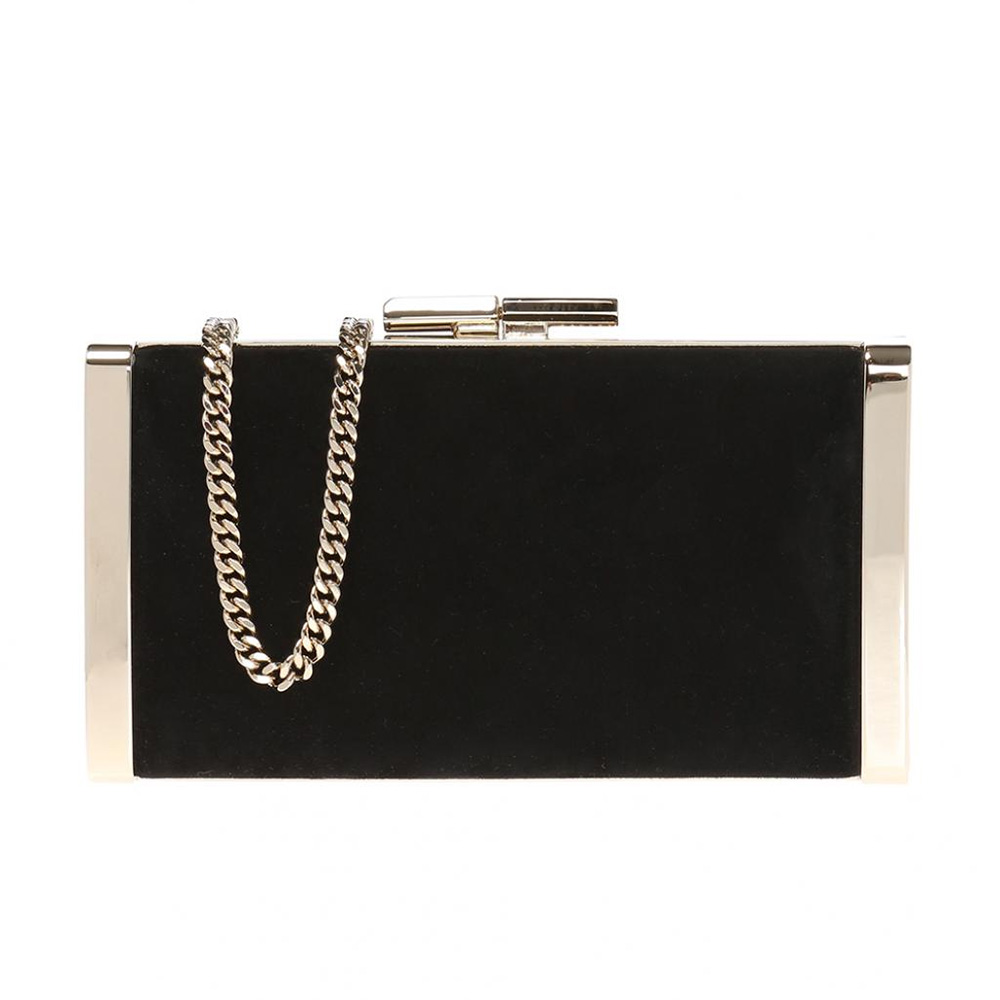 The Duchess of Sussex is believed to be wearing Paul Andrew ‘Pump It Up’ Black Suede Pumps that will be available in winter. The duchess wore these heels for her trip to Dublin with Prince Harry. Find a similar pair HERE

The Duchess of Sussex is wearing Shaun Leane Talon earrings. 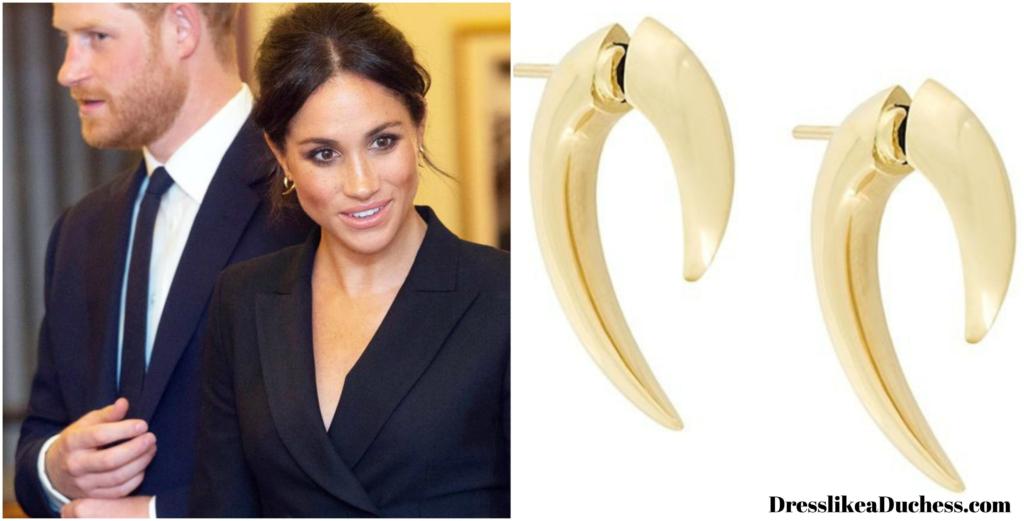 After the show, the duchess and Prince Harry spent time greeting cast members and posed for photographs with Lin-Manuel Miranda. 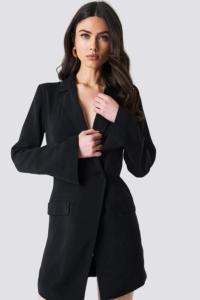 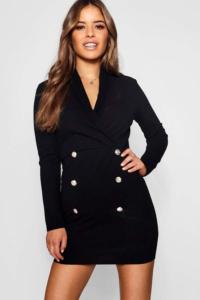 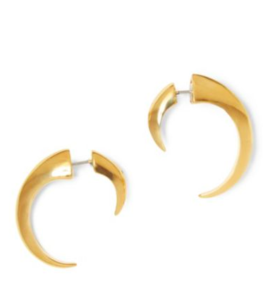 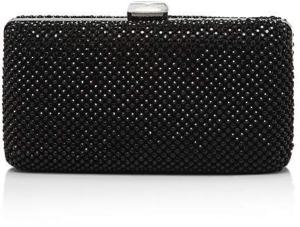 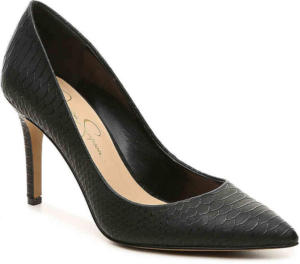