The Duchess of Sussex is using her love of cooking for a good cause. As her first project as a member of the royal family, Duchess Meghan is supporting a new charity cookbook written by women affected by the Grenfell Tower Fire. 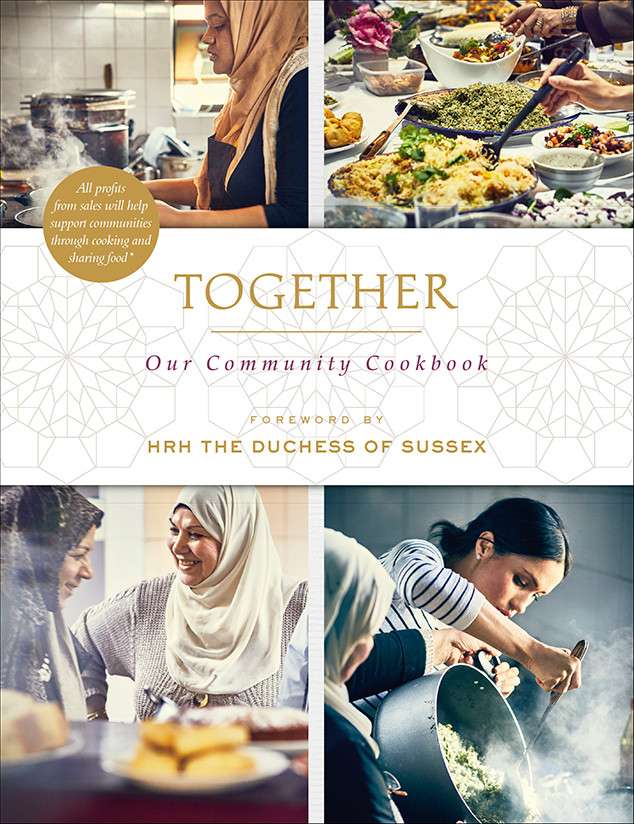 The colorful recipe tome called “Together: Our Community Cookbook” features over 50 recipes and celebrates “the power of cooking to bring communities together.” Supported by the Royal Foundation and published by Penguin House, the book features pictures from women gathered in a communal kitchen at the Al Manaar Muslim Cultural Heritage Center in West London.

The Duchess of Sussex first visited the center in January of 2018 and has continued to make regular private visits as illustrated by the pages of the recipes book. To celebrate the release of the cookbook, the Duchess of Sussex will host a reception at Kensington Palace on September 20th.

All profits from the book go to the Hubb Community Kitchen and related projects. As the duchess remarked, “Through this charitable endeavor, the proceeds will allow the kitchen to thrive and keep the global spirit of community alive.” 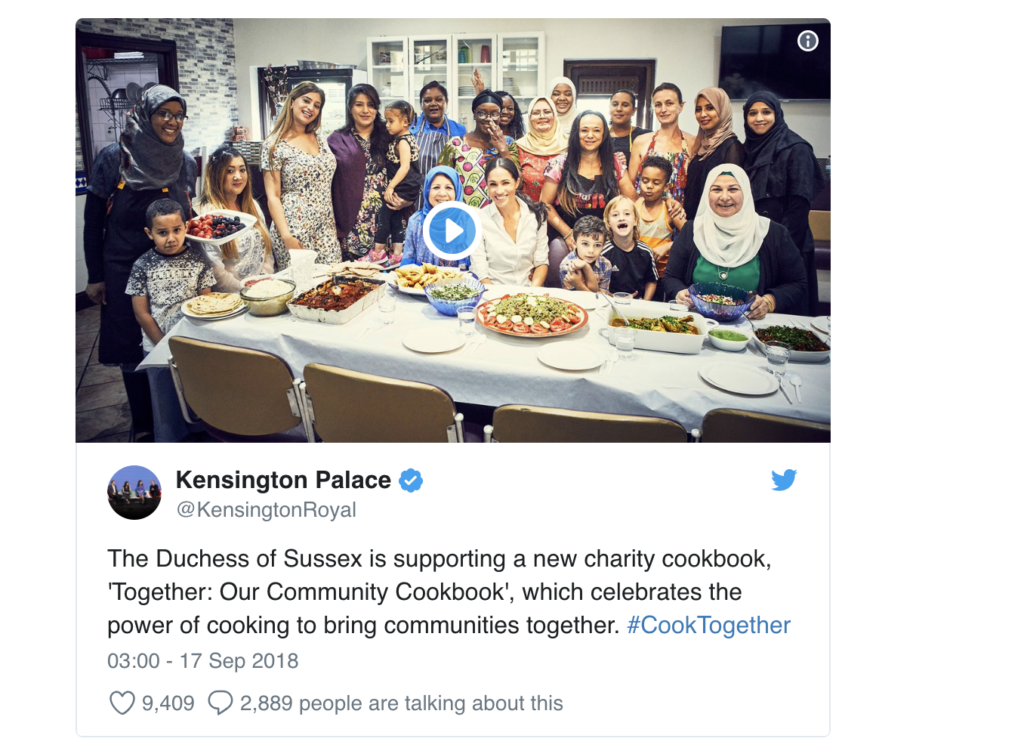 Based on images released from Kensington Royal, it appears Duchess Meghan is wearing a few of her favorite statement pieces including her Vanessa Tugendhaft Precious Charm Necklace as well as her J. Crew Perfect Shirt in Cross Dyed Linen. 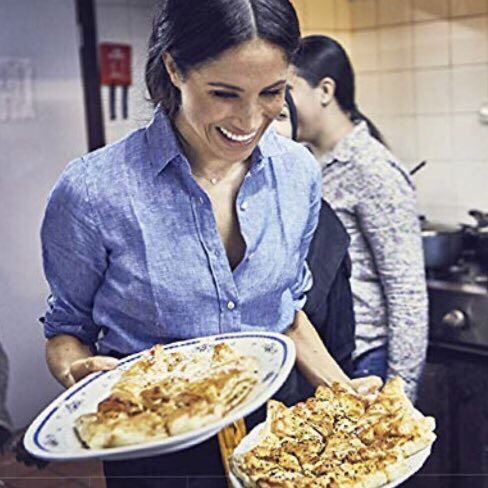 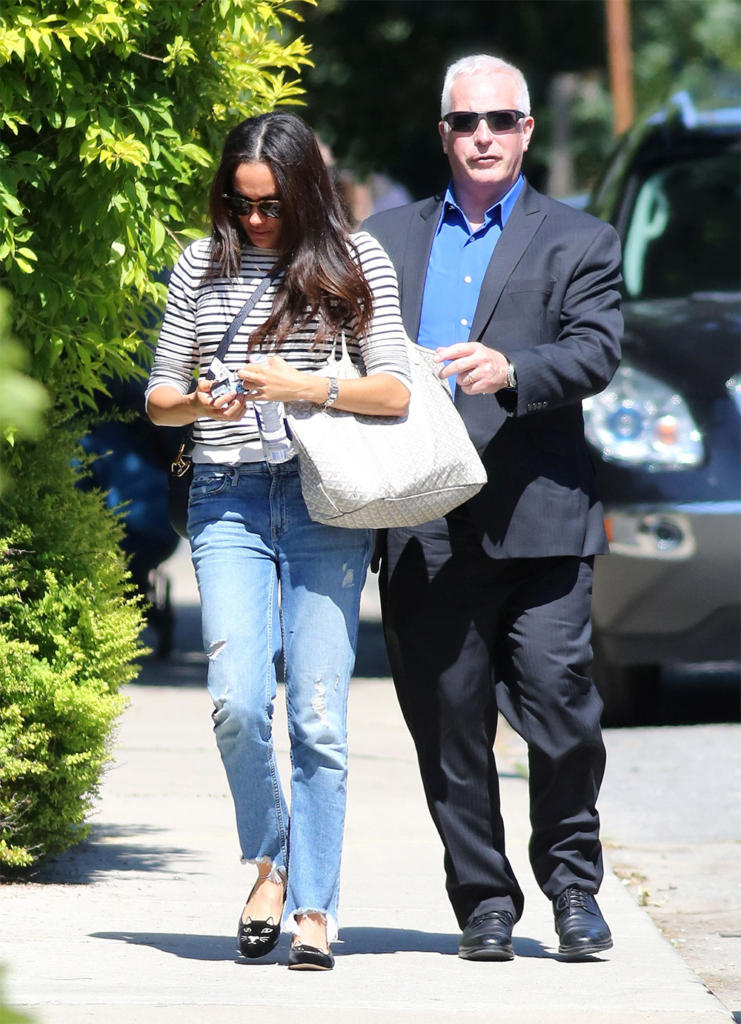 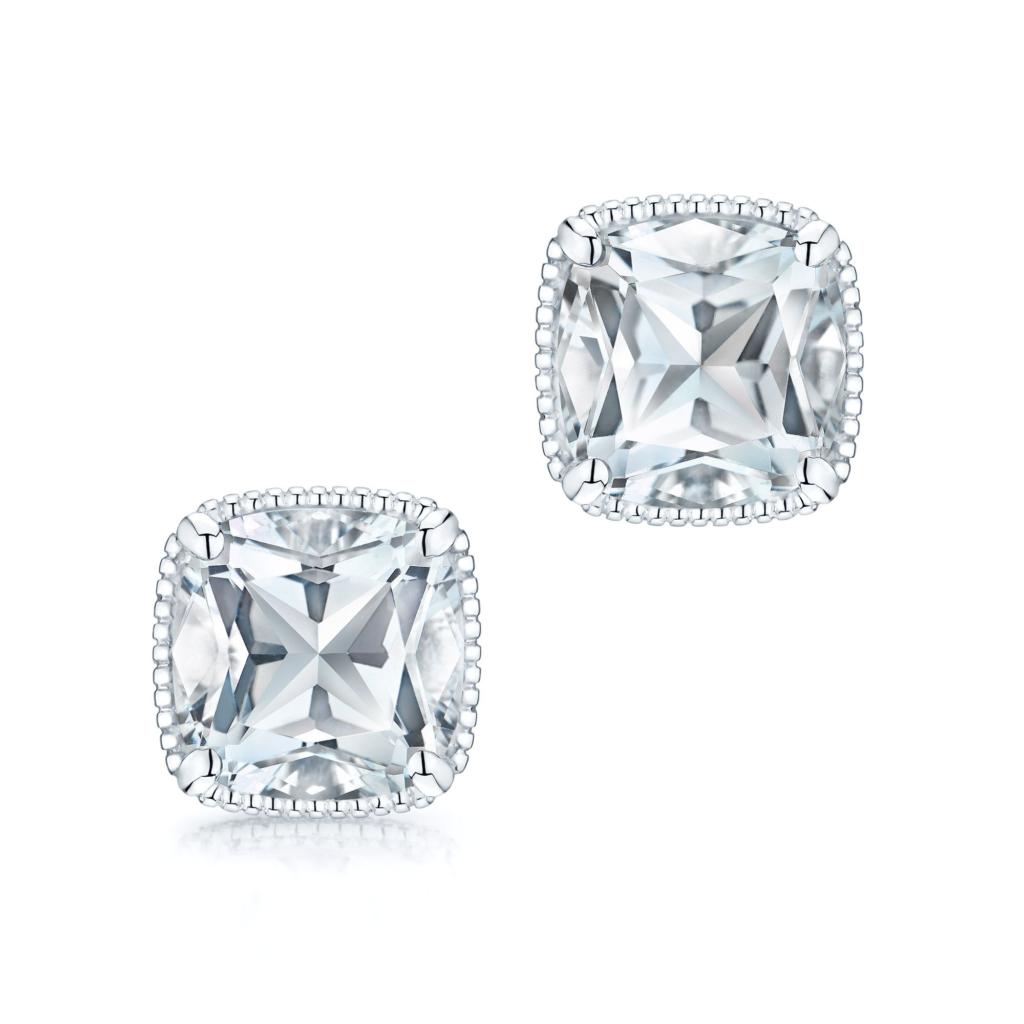 Meghan is also believed to be wearing her Vanessa Tugenhaft Precious Charm Necklace. 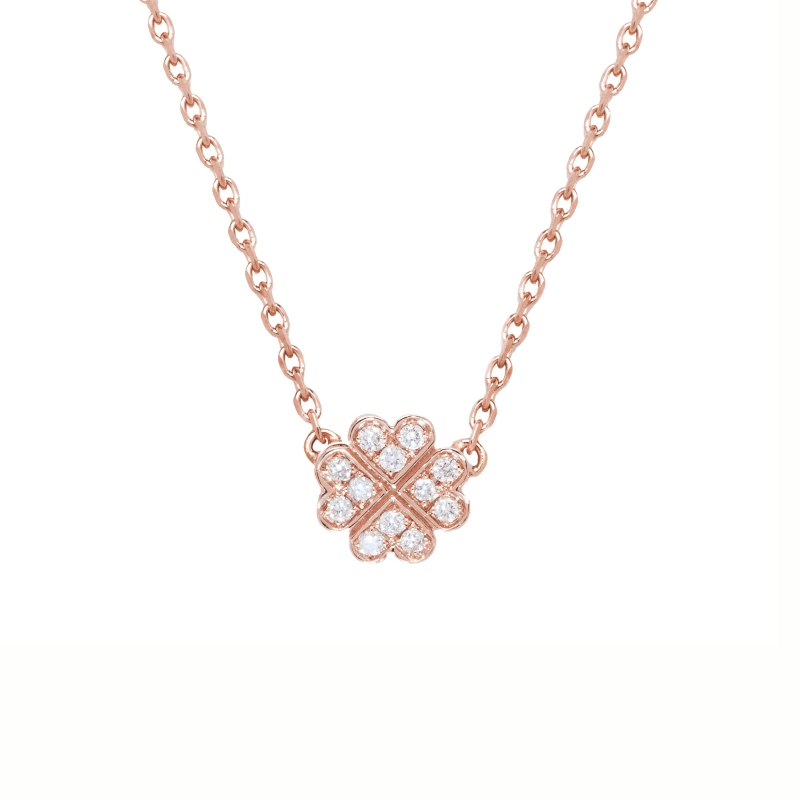 The Duchess of Sussex was also seen wearing an unidentified striped apron befitting her love of stripes.