Duchess Meghan in Throwback J.Crew for Final Day of the Royal Tour Morocco

The Duchess of Sussex likely made the Queen jealous as she and Harry stepped out at the Royal Federation of Equestrian Sports for a little horsing around. While the Queen adores horseback riding and still enjoys her favorite pastime at 92, no doubt she will be a tad envious of Meghan and Harry’s stallion shenanigans.

For this outing, Meghan opted for a casual chic ensemble reminiscent of her days in Toronto. As we noted on our Instagram page, Meghan’s green JCrew jacket was from her time in Toronto and she often sported similar striped styles on her way to workout.

Meghan has been recycling some of her favorite casual and evening wear pieces as of late and her go-to military jacket is perfect for traveling the globe. In addition, Meghan opted for an Equipment Femme Women’s Lucian Crew Neck black and white stripe Side Zip Sweater, Stuart Weitzman Brooks Suede booties and Ecksand Tres Bar Stud Earrings. Meghan later removed her green J.Crew Field Mechanic jacket for a cooking class. 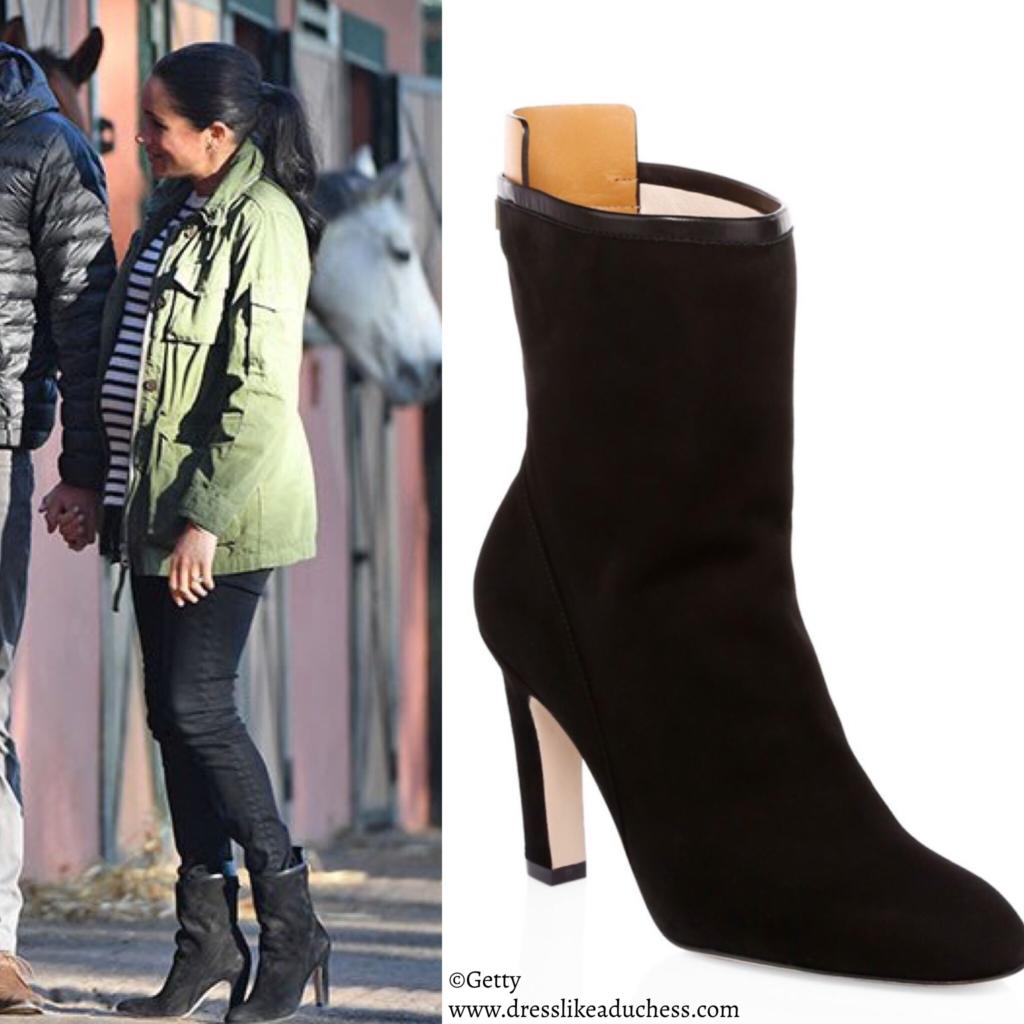 As a fun side note, we realized this is not Meghan’s first rodeo–and the duchess has previously been around horses and likely felt a bit of nostalgia during her outing with Prince Harry. 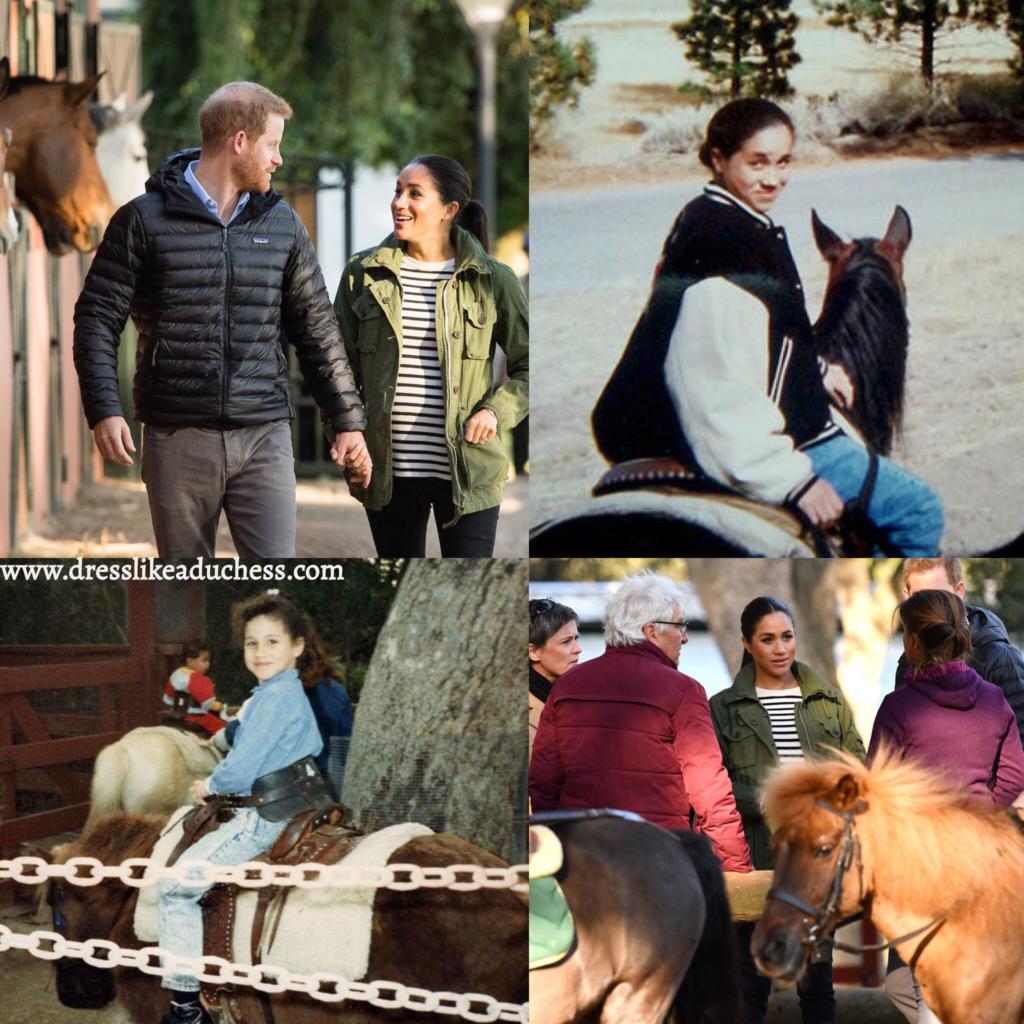