This is the first time we’ve seen the ‘Fab Four’ or the Cambridge and Sussex families since Christmas together. The “royal reunion” was a chance for Meghan and Kate to show off their fashion prowess and each dressed in accordance with their style philosophies. Meghan, in her third trimester opted for a trendy brocade dress and recycled Amanda Wakeley cream coat while Kate went for a floaty ethereal number not far removed from the green mint midi she recently debuted in Ireland. 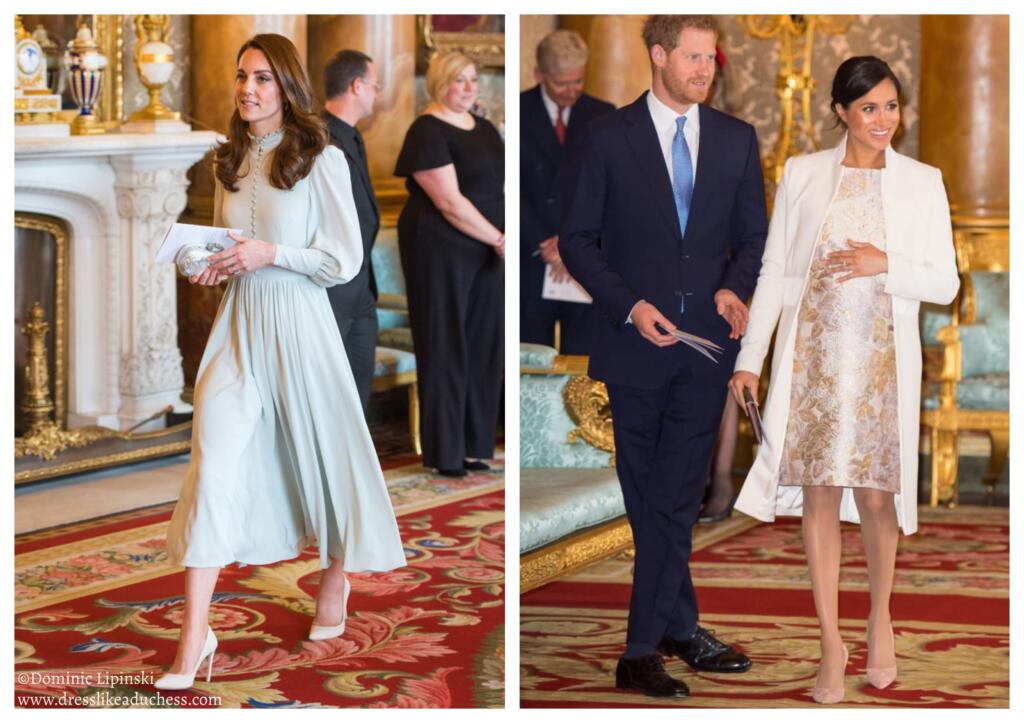 As we first noted on our Instagram page, this isn’t the first time Meghan has been spotted in a brocade dress. She wore a Dolce and Gabbana red brocade mini dress to a function for Elle Magazine in 2016. 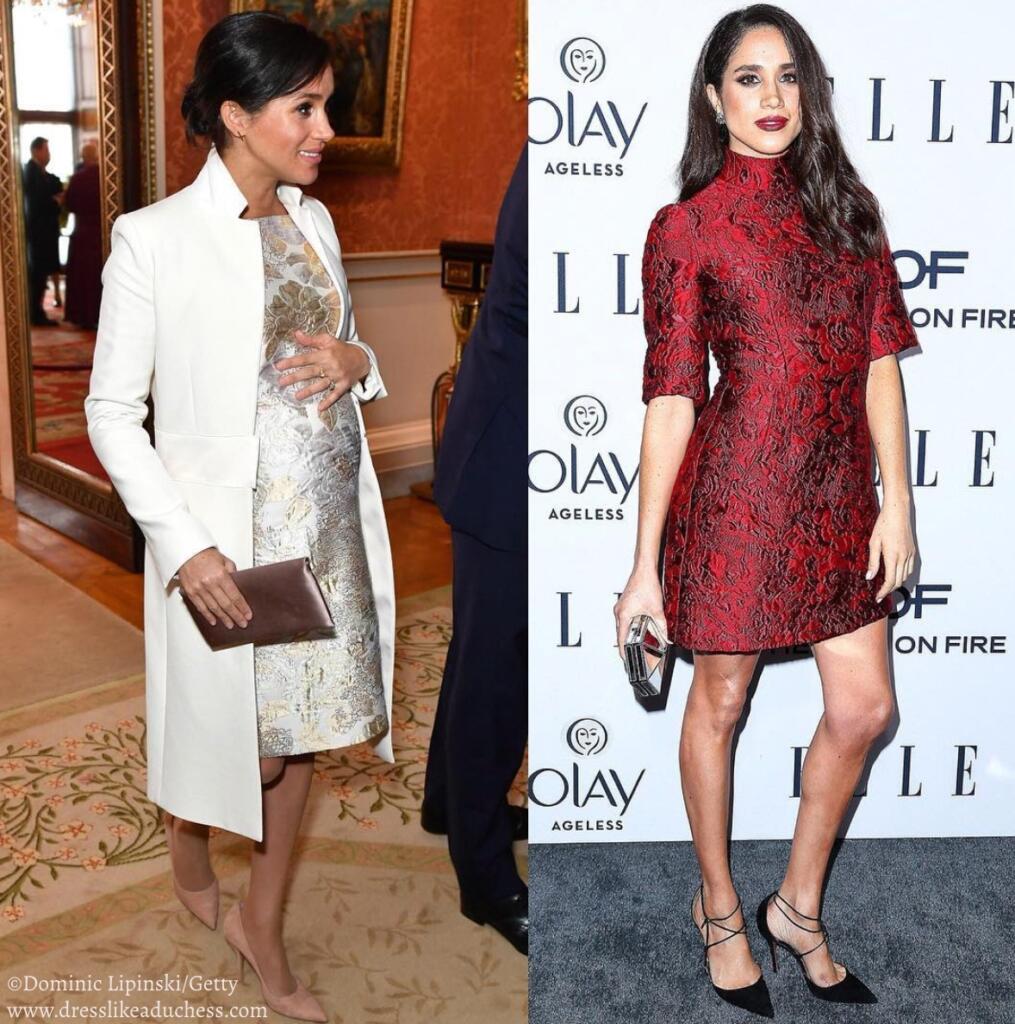 The Duchess of Cambridge also stuck with her signature style and opted for a minty-pale blue dress believed to be an Alexander McQueen creation. The ensemble is similar to styles she wore previously in 2012 in Malaysia for a tour of Southeast Asia with Prince William. At that time, she selected Beluah London and a bespoke dress by Jenny Packham. 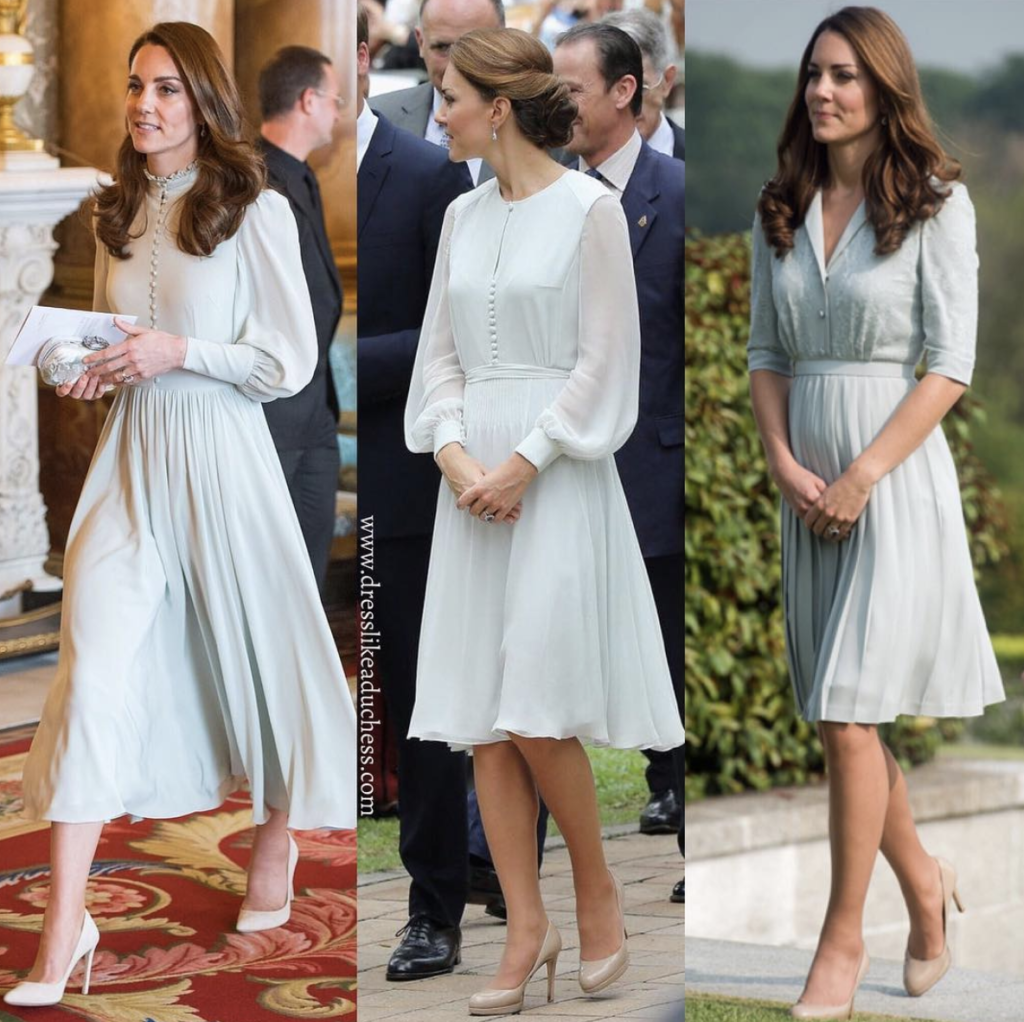 Meghan on the other hand opted for a ring stack including a new moonstone piece which can help balance hormones, calm emotions and help fertility and pregnancy. In addition, Meghan wore a slim gold band as a thumb ring and her Birks Bar earrings. 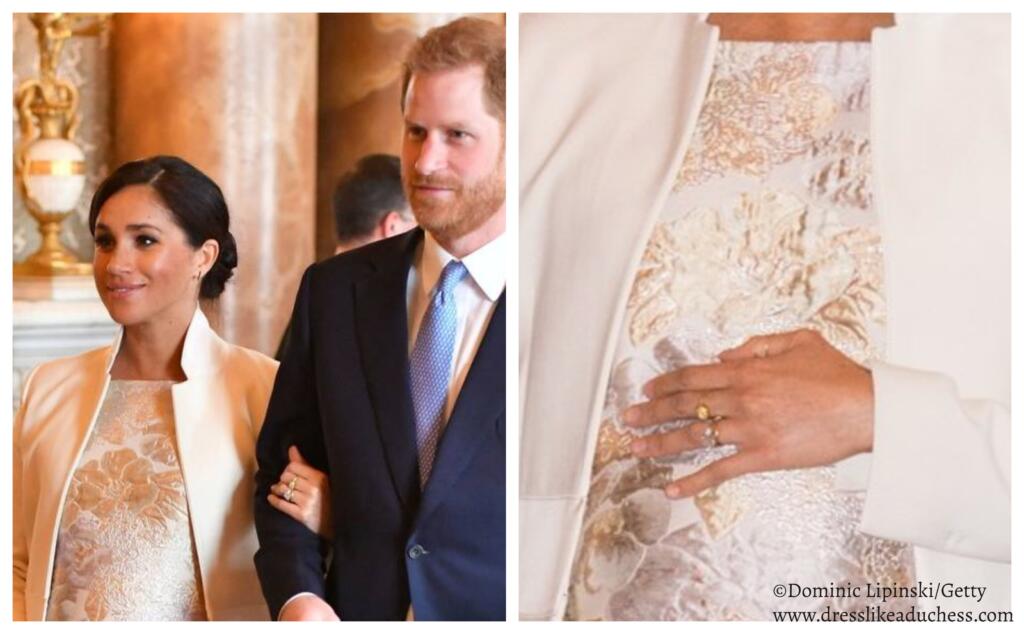 Meghan’s accessories were mostly gold pieces and worked well with her silver and gold embroidered dress.

The Duchess of Sussex also carried her Wilbur and Gussie Oyster clutch and added Paul Andrew taupe pump-it-up pumps. And she once again opted for her Amanda Wakeley Crombie Coat. 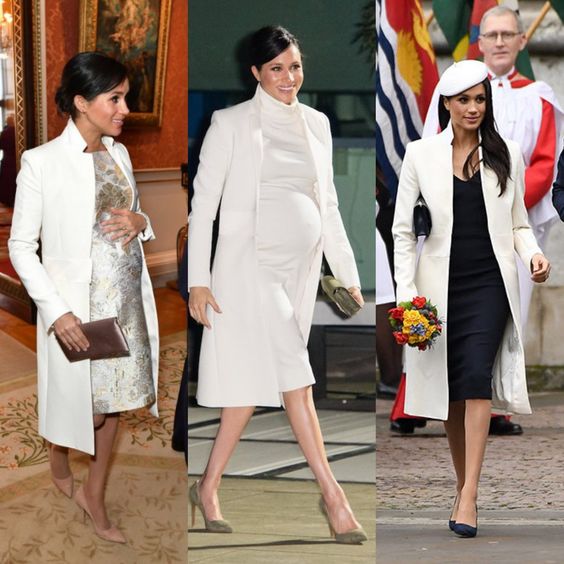