While their whole relationship has been something of a fairytale, Meghan Markle and Prince Harry are not immune to the need for a date night every now and then. With a baby on the way, the couple are determined to keep their relationship a priority and recently went away for a luxurious babymoon. Indeed, the royal twosome still covet their privacy and chance to share one-on-one time outside of the public eye. And Harry has made a big effort to keep the romance alive and has long been known to take Meghan abroad for love soaked adventures.

Here are  Prince Harry and Meghan Markle’s 6 Most Romantic Dates:

Rumored to be their engagement holiday, Harry whisked his future bride to Botswana to celebrate her 36th birthday. While Meghan claims her prince proposed over roast chicken at home, some believe the African getaway was where he actually popped the question. Later, during their engagement interview the pair said they “shared a tent in the middle of nowhere” (The Sun reported they stayed at Meno A Kwena safari camp). It’s also been reported that Prince Harry spent a great deal of time planning the trip and has long considered Africa to be his “spiritual home.” During their stay the couple also reportedly took lake rides on a boat, walked in the bush at dawn, camped under the stars and gazed at sunsets together. The pair also recently posted a picture of themselves helping with elephant conservation during the getaway. Coincidentally, Prince Harry’s brother Prince William also proposed to his wife, Kate Middleton in a log cabin at the foothills of Mount Kenya so it’s not a stretch to believe Harry may have taken notes from his older brother and asked for Meghan’s hand during her birthday trip. 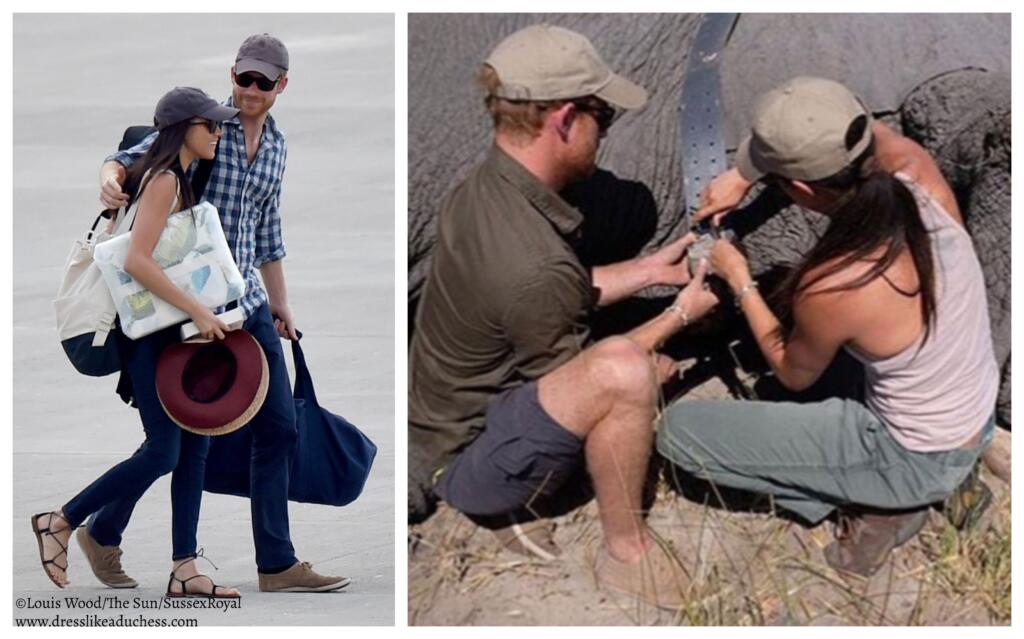 Just before Christmas in 2016, Meghan and Harry took to the streets of London for a low-key night out together and one of their first public outings as a dynamic duo. The couple saw a performance of the Curious Incident of the Dog in the Night-Time in London’s West End and previously saw the Lion King together. Most recently, the couple stole some time away during a secret outing to see the Tina Turner Musical. For their London stroll, Meghan opted for Sarah Flint Sophia booties and later would wear a pair of Marina boots by the designer for a royal engagement. During Meghan’s stay, the couple went to Pines and Needles to shop for a Christmas tree in Battersea Park and Meghan stayed at Harry’s Kensington Cottage. Later, the former Suits star flew back home just before Harry went off to Sandringham to celebrate Christmas with the Queen and royal family. 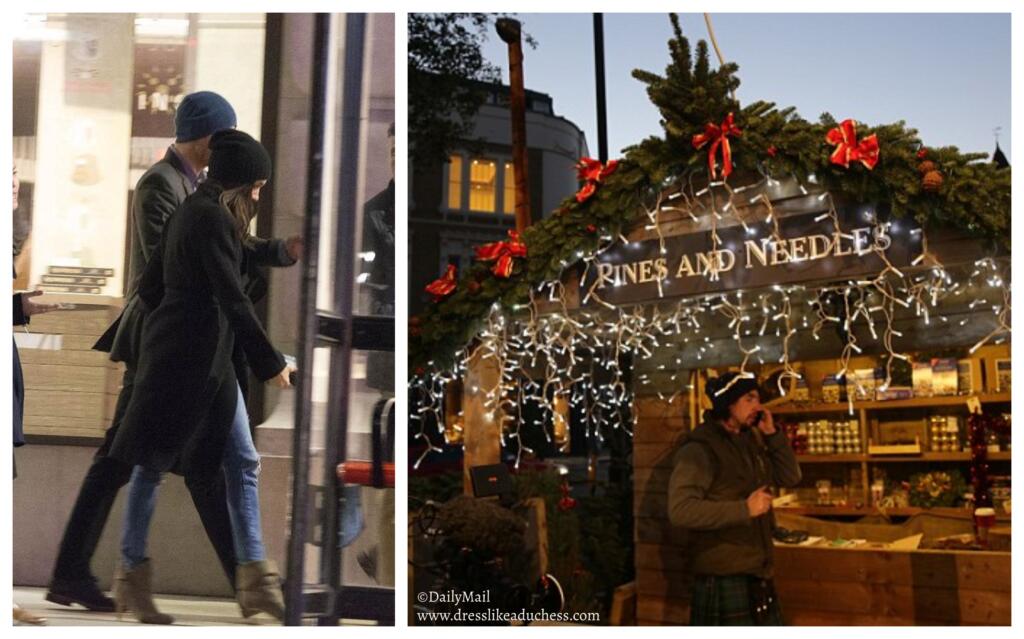 After just a few months of dating, Prince Harry took Meghan on a seriously romantic getaway to see the Northern Lights in Norway. According to interviews, the pair spent the holiday in the town of Tromso and stayed in a cozy cabin where they slept under the stars. The two also reportedly went whale watching on their Norwegian adventure which happened just after their time in London together in early January. 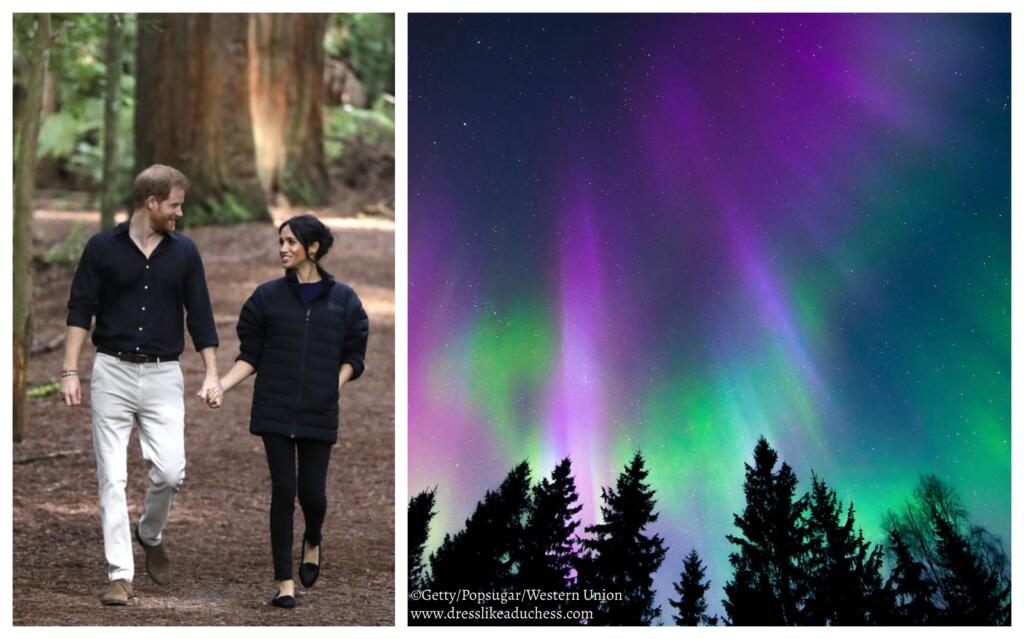 The prince took his future bride for a little island excursion to Montego Bay, Jamaica where his best friend Tom Inskip was getting married. During their stay, the couple sipped champagne, went for aquatic adventures and spent time with friends. Meghan opted for a floral Ava dress by Erdem for the ceremony and took to the beach in a jade Morgan Solid & Striped triangle bikini and her favorite Panama hat. The couple shared many moments of PDA throughout the trip and Meghan was often seen rubbing Harry’s back and the couple were frequently caught holding hands. 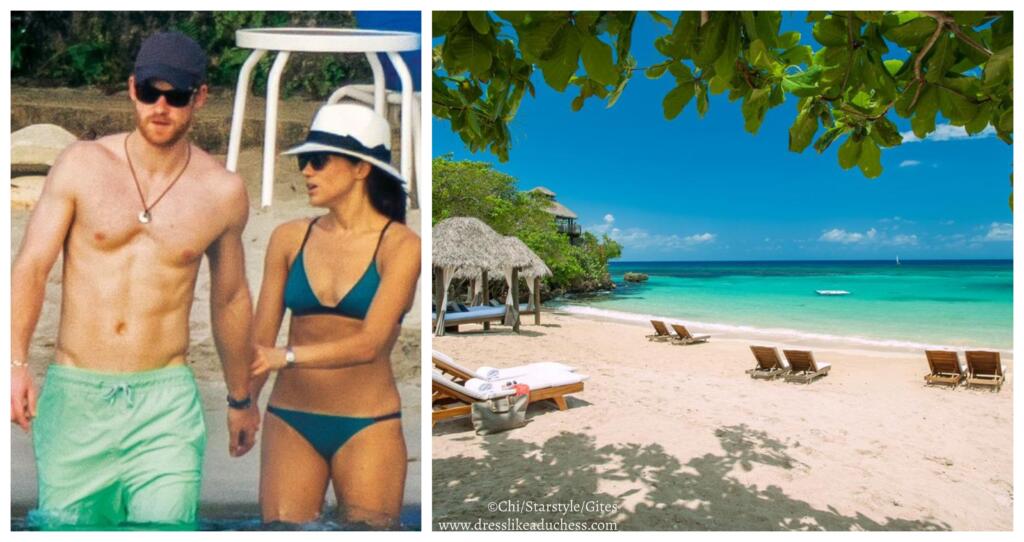 Meghan and Harry made a late night visit to Illapothecary on Kensington’s Church street not far from their cozy love nest. It’s possible the couple had a massage or received prenatal advice and an herbal consult during their two-hour stay at the botanical emporium offering naturopathy, homeopathy, herbology and phyto-actives as well as other beauty and wellness treatments. Harry likely wanted to make Meghan feel relaxed and refreshed ahead of their spring arrival. Aw! 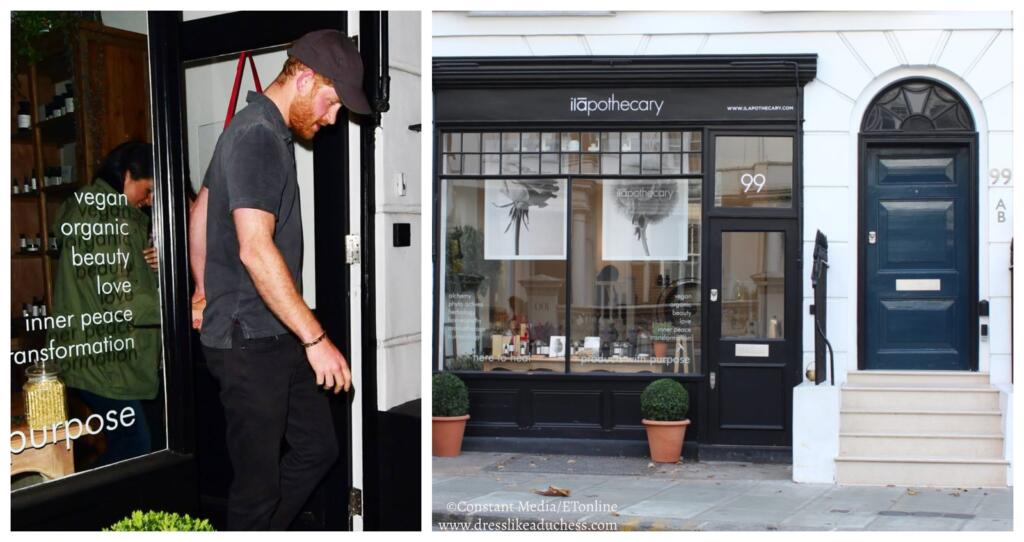 Rather than jet off to an exotic locale (which is probably not advisable at Meghan’s stage in her pregnancy), Prince Harry did the next best thing and whisked his wife and future baby mama off to a luxe countryside hotel called Heckfield Place in Hampshire. The couple stayed for four nights in the Long Room, a $10,000 plus suite with an outdoor terrace, working fireplace, and butler. Meghan and Harry’s private room also kept them in a cozy couple bubble with a fireplace, lake views and a sitting and dining room. 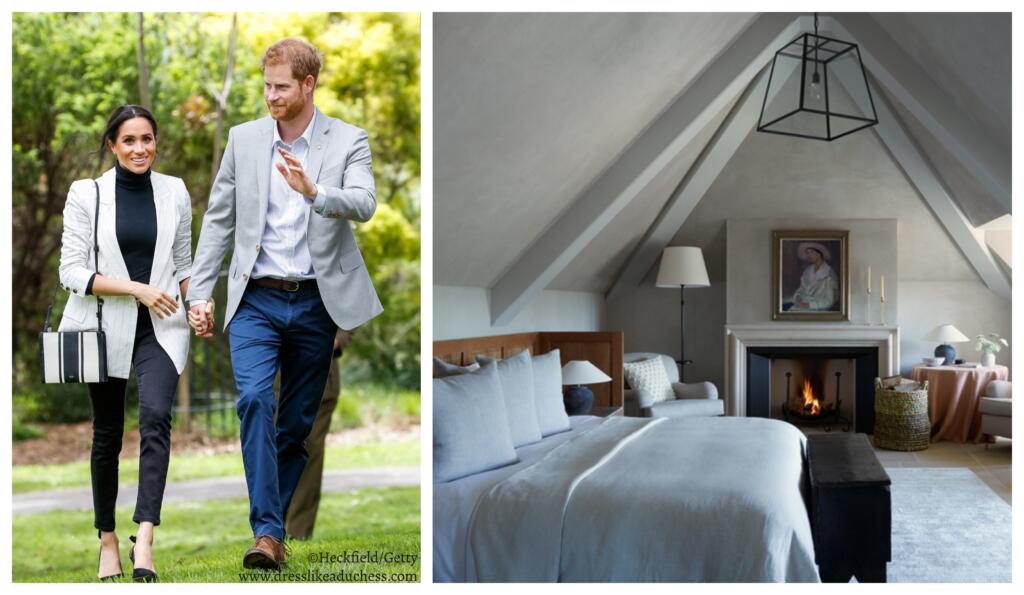