The Duchess of Cambridge radiates happiness and joy when surrounded by her family and particularly her children. Often smiling, laughing and hugging her brood–Kate is in her element as a mum. And while the duchess is a walking motherhood masterclass–there are times even Her Royal Highness has to contend with a toddler tantrum or thumb sucking display. Still, Kate keeps her composure and always looks effortlessly at ease even around the antics of her beloved Cambridge crew.

Here are Kate Middleton’s 10 Most Relatable Mommy and Me Moments with Her Children:

In Germany, Princess Charlotte looked ready to call it a day as she took a tumble and had a tiny tantrum ahead of boarding a plane in Hamburg.

Charlotte proved she was a royal rascal once again as she showed a little tongue at the King’s Cup Regatta in August 2019.

The duchess tried to discourage little Louis from sucking his thumb at the Trooping the Colour ceremony but he seemed disinterested in dropping his digits.

Prince George gave mom Kate a fresh wash and snipe with his loving albeit fussy hair play and grab during his first engagement as a royal babe.

The duchess sprang into mom mode as she picked up Charlotte on the Buckingham balcony after the princess took a tiny tumble. 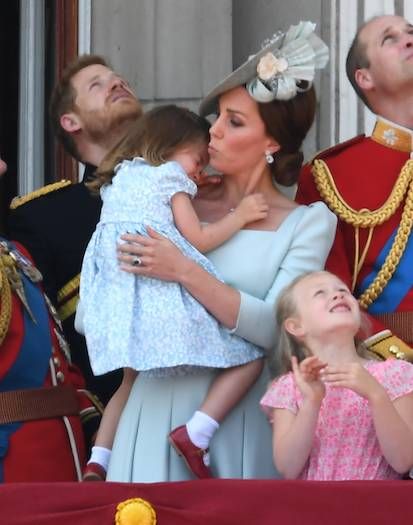 During a polo match, Prince George appeared to have tuckered himself out but mom Kate continued to comfort him while socializing with other spectators.

The duchess made a plea for some quiet from the bridal party at sister Pippa’s wedding — Kate had to mind the children including daughter Charlotte and son George while her younger sibling said ‘I do.’

In July 2016, Prince George was a bit cranky at RAF Fairford, Gloucestershire. The future king showed off his spitfire personality with a few tears on the tarmac.

The duchess proved she’s every inch the normal mom as she made funny faces to keep Prince Louis entertained during a long day of polo.

The future Queen consort looks happiest surrounded by her children and can’t resist a good snuggle session with her adorable posse. 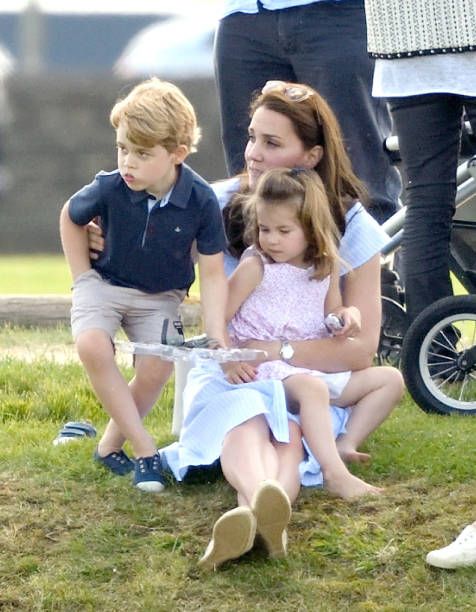