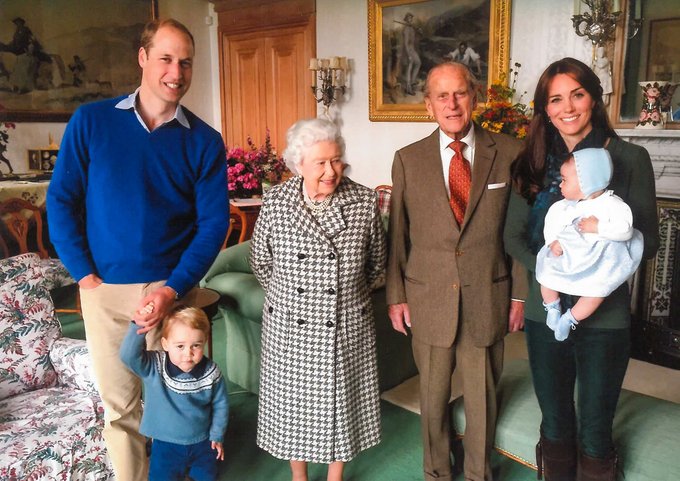 In addition, Buckingham Palace a photo taken by the Duchess of Cambridge which shows the Queen and Duke of Edinburgh surrounded by seven of their great-grandchildren at Balmoral Castle in early 2018. 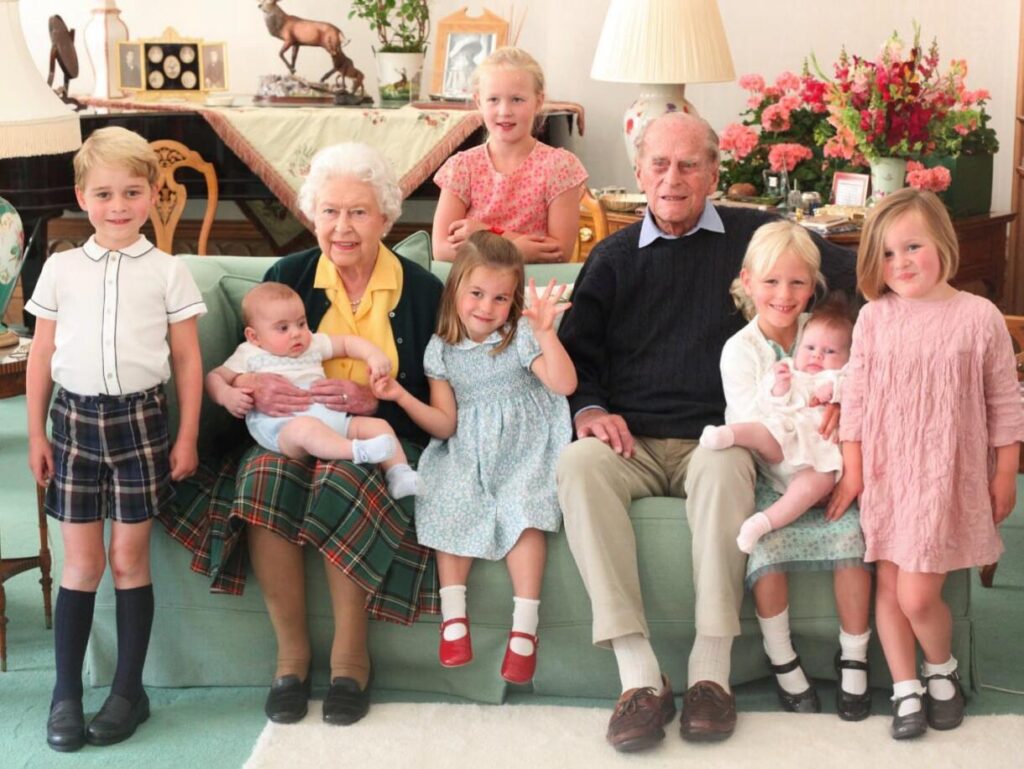 For the photo taken in 2015 — the duchess appears to be wearing a scarf by Beulah London as well as her Penelope Chilvers tassel riding boots.