Prince Harry and his bride-to-be Meghan Markle arrived on a sunny day to Windsor Castle to complete their wedding rehearsal. The couple were driven in a range rover and appeared calm and relaxed with some even describing the bride as “serene.”

Fittingly, the future Windsor wife wore a white Tuxe bodywear silk crepe bodysuit which highlighted her glowing complexion as well as Birks Snowflake Snowstorm diamond earrings (costing $12,000). She styled her hair loosely with a partially pulled updo. The messy but chic hair looks have become a trademark for the future duchess and could offer a clue as to her wedding hairstyle. Harry’s bride may imitate the Duchess of Cambridge who opted for a curled half-up and half-down hairstyle on her wedding day.

The couple’s range rover was escorted by police and the duo passed many well-wishers along the path to Windsor Castle.

In addition to their arrival, the Duchess of Cambridge and Prince William were seen on the drive to the castle with Kate Middleton wearing a printed midi Michael Kors dress called the Georgette Carnation shirtdress. The pretty floral dress is perfect option for spring and summer events as it’s modest with long sleeves but still has a playful print and is equally colorful and charming. The coordinated belt can be knotted to give the waist more definition and the dress also has counterparts like a phone case and shorter version of the same floral style.

The Queen will also meet with Meghan Markle and her mom Doria Ragland for afternoon tea starting around 4pm. And its been reported that Prince Harry and Meghan Markle already had tea with Her Majesty earlier in the day. 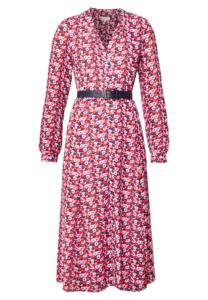 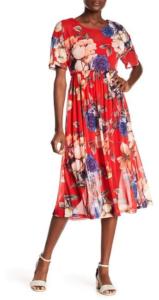 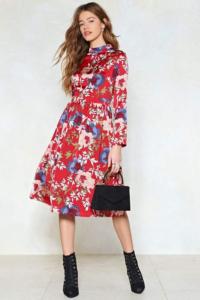 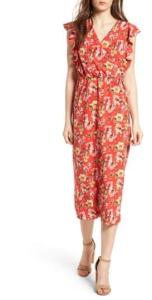