The Duchess of Sussex isn’t the only royal to rely on her wedding designer for fabulous daytime looks–in fact, the Duchess of Cambridge is also loyal to her fashion roots and enjoys wearing Alexander McQueen–case in point: her visit to Dundee, Scotland with Prince William for their first official joint outing of the year. Kate opted to recycle a blue and green tartan coat from the label that she’s worn on multiple outings.

The patterned black watch coat has been hanging in her closet since 2012. She even donned the festive number to Christmas with the royal family in 2013.

Duchess Kate isn’t the only royal who is particularly fond of the print. In fact, her sister-in-law owns her own tartan wardrobe staples. When Meghan and Harry visited Scotland last year, the duchess dressed in Scottish shades with a longline Burberry coat. 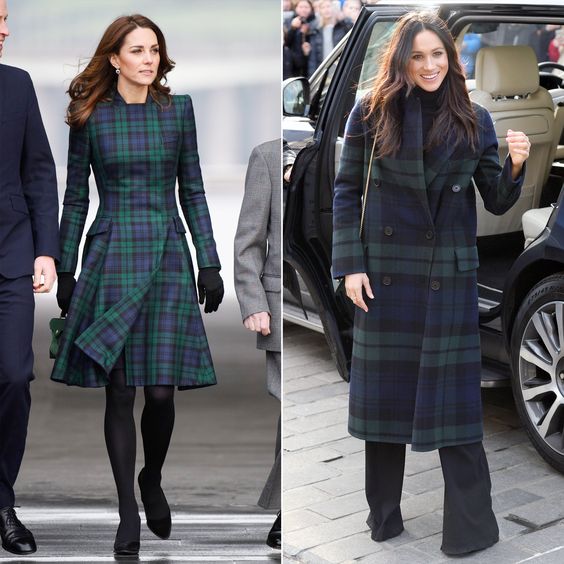 Princess Diana also had affection for the print. 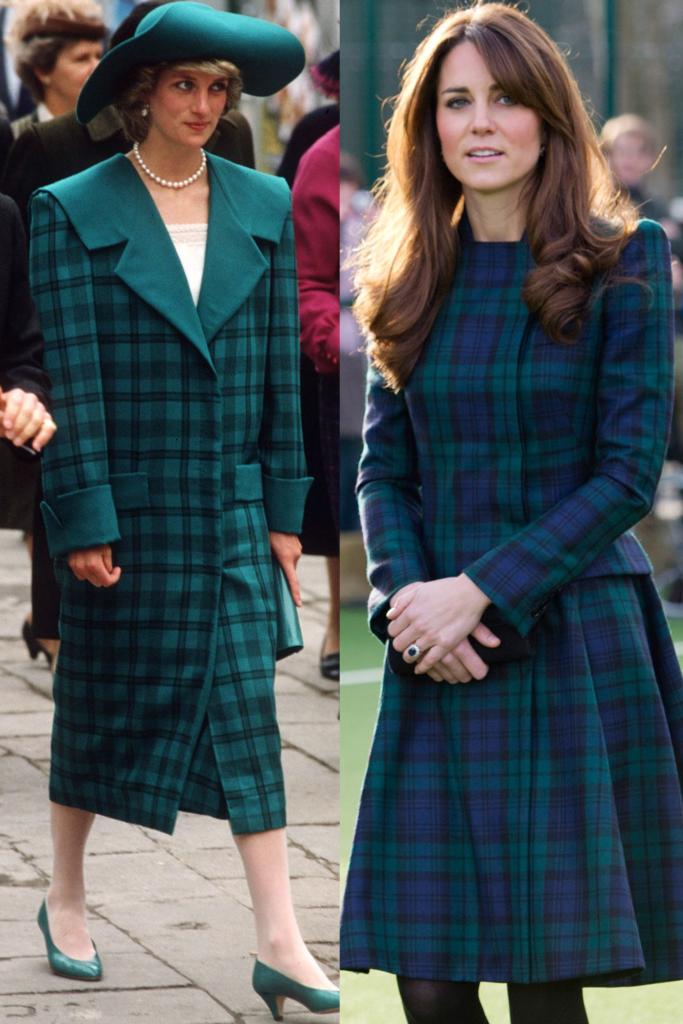 Kate and William officially opened the Victoria & Albert Museum’s location in Dundee and met members of the public. As Kate is a patron of the V&A Museum, this outing is particularly meaningful for Kate. The duchess and William last visited the area in 2015 and Kate appears not to have aged since she last touched down in the coastal city.

The duchess battled frigid temperatures for a walkabout with the public outside the museum. 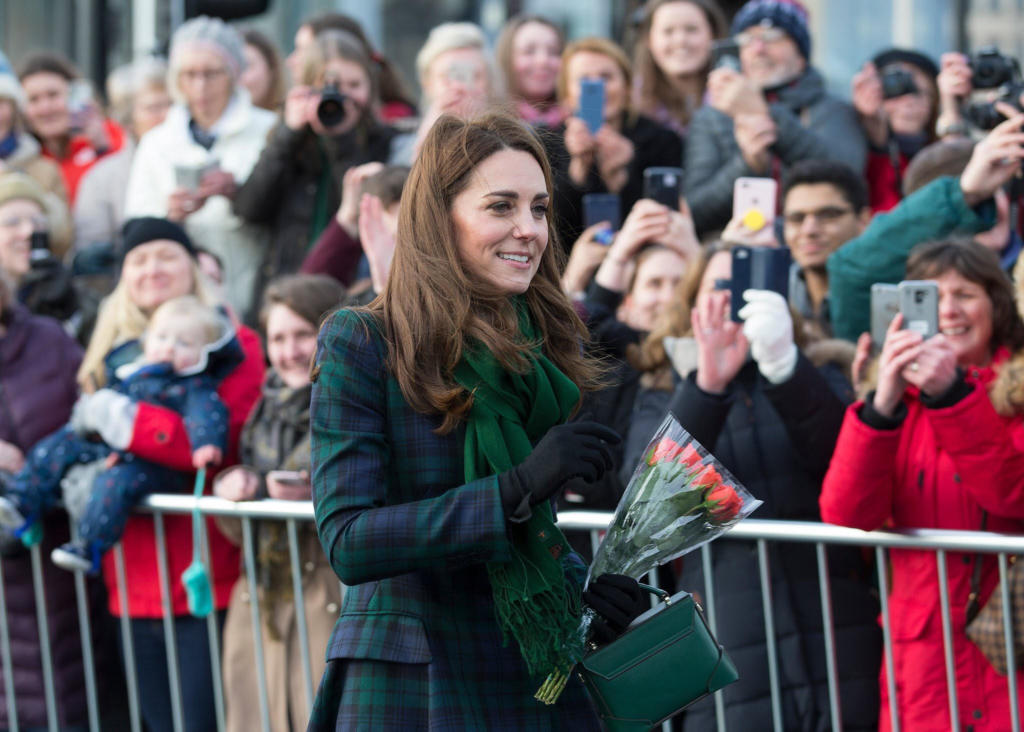 For this outing, the duchess recycled her Tod’s pumps and tartan dress but she opted for a new handbag from Manu Atelier called the Micro Leather Shoulder bag in Emerald Green. 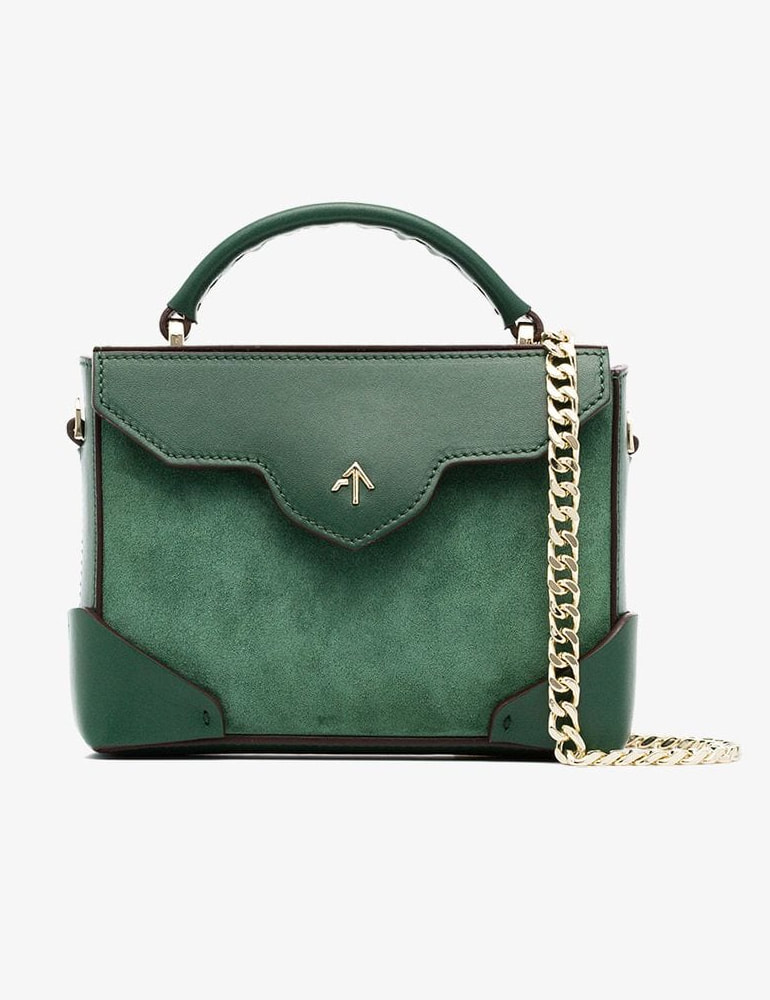 Kate also wore Princess Diana’s sapphire earrings which she’s worn numerous times in the past. Diana’s earrings were studs and Kate had the keepsake made into a drop earring style.