The late Princess Diana was a global superstar and style icon. While she never had the chance to meet her son Harry’s wife undoubtedly, the two women would share a special bond. Perhaps one of the greatest areas of common ground they could’ve found together is their similar style and fashion preferences. Both Meghan Markle and the late Princess Diana had a special love affair with blazers. In fact, one of Diana’s signature style pieces was skirt suit with a blazer jacket or a long tuxedo double-breasted dress. She also frequently wore blazers for travel and casual streetwear moments. But the blazer fan club has long had a member in Meghan Markle as well; the former actress frequently opts to wear the professional topper with jeans, dresses and button down shirts.

The late princess often paired turtlenecks with her double-breasted button blazers. Not only did Meghan opt for a similar striped plaid style but she also wore white with her Serena Williams blazer. Diana’s style was likely an ode to Prince of Wales plaid–a nod to her husband at the time. 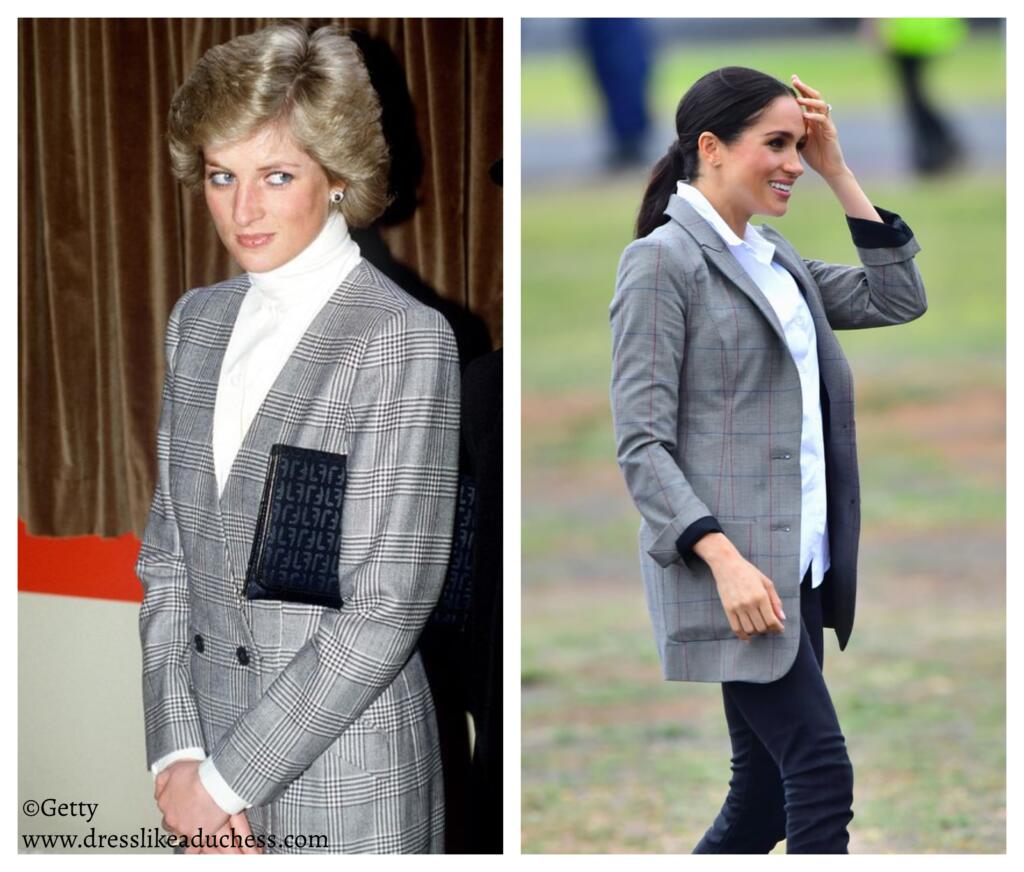 The Duchess of Sussex looked marvelous in a blush Brandon Maxwell dress and jacket at the National Theatre. The look is strikingly similar to a pink skirt suit worn by Diana. Both women have a special glow in the pale pink color and they each selected pearly accessories to complete their feminine frocks. 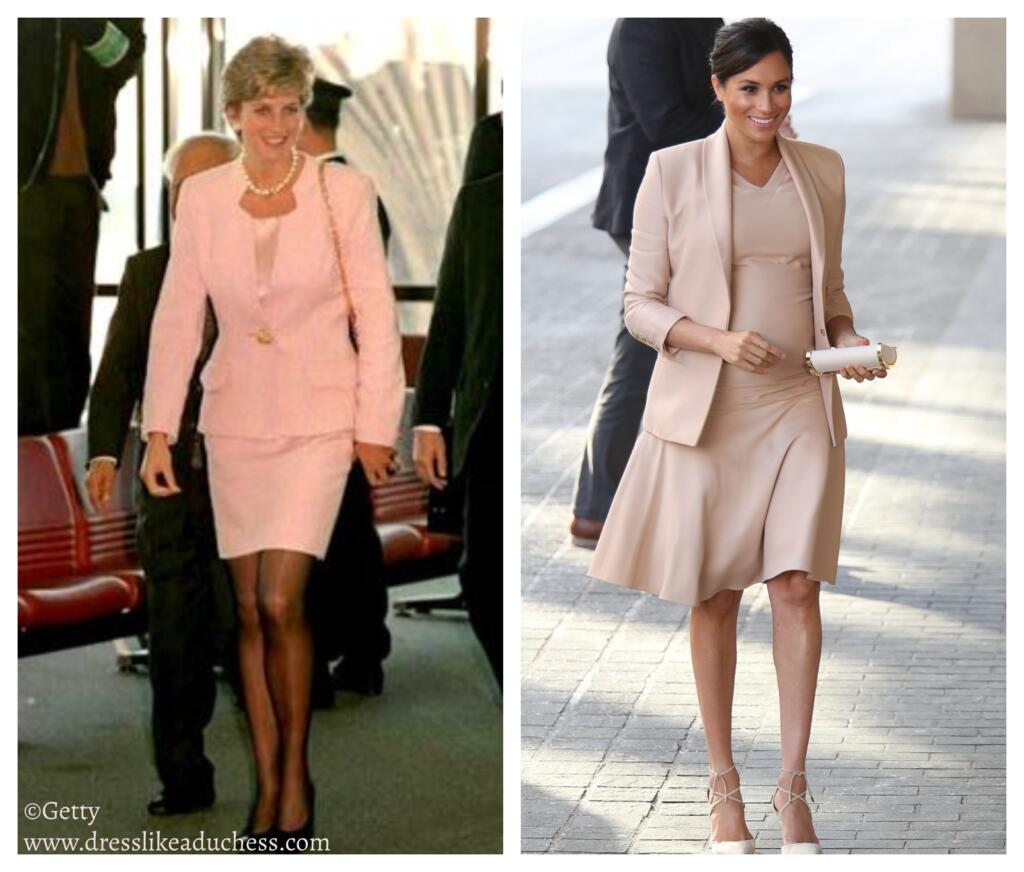 Meghan Markle is known for her edgy, modern and trendy wardrobe. She loves more ‘masculine’ clothing pieces like pant suits, tuxedos and of course, a good versatile blazer. The late Princess of Wales also found her style stride in pinstripe blazers and other nautical inspired pieces. 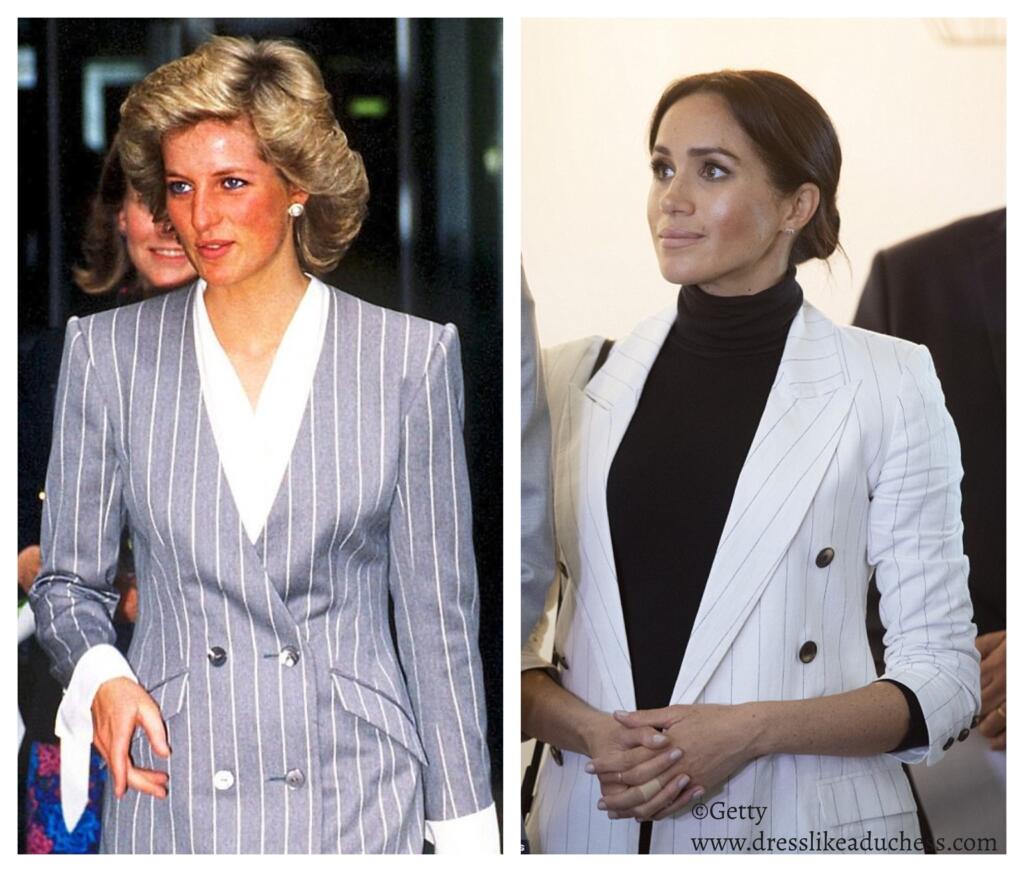 Princess Diana had a royal style all her own. While the blonde beauty loved jeans and sweatshirts–she had a captivating regal style when it came to public engagements and appearances. Often shying away from prints and patterns, the mother of two was fond of colorblock styles and sleek separates. Clearly, Meghan would have a lot in common with her mother-in-law as she too gravitates towards monochromatic pieces and clean and unfussy color palette like her love of black and white. 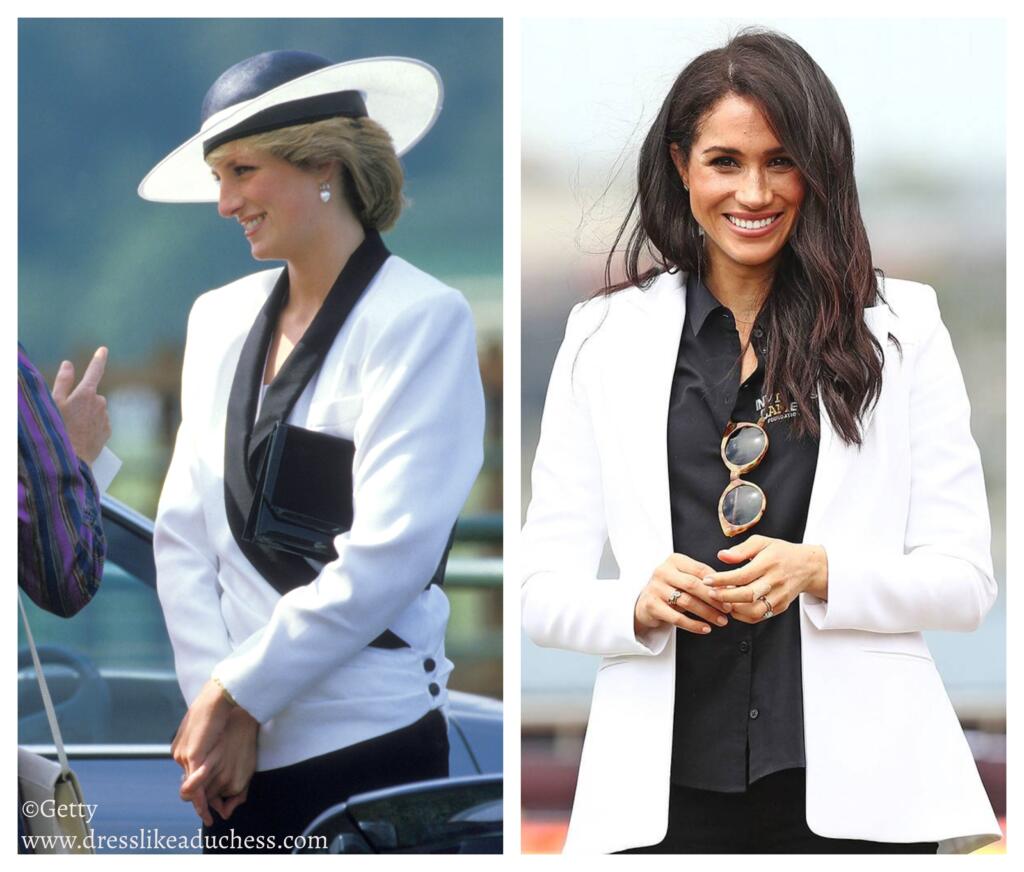 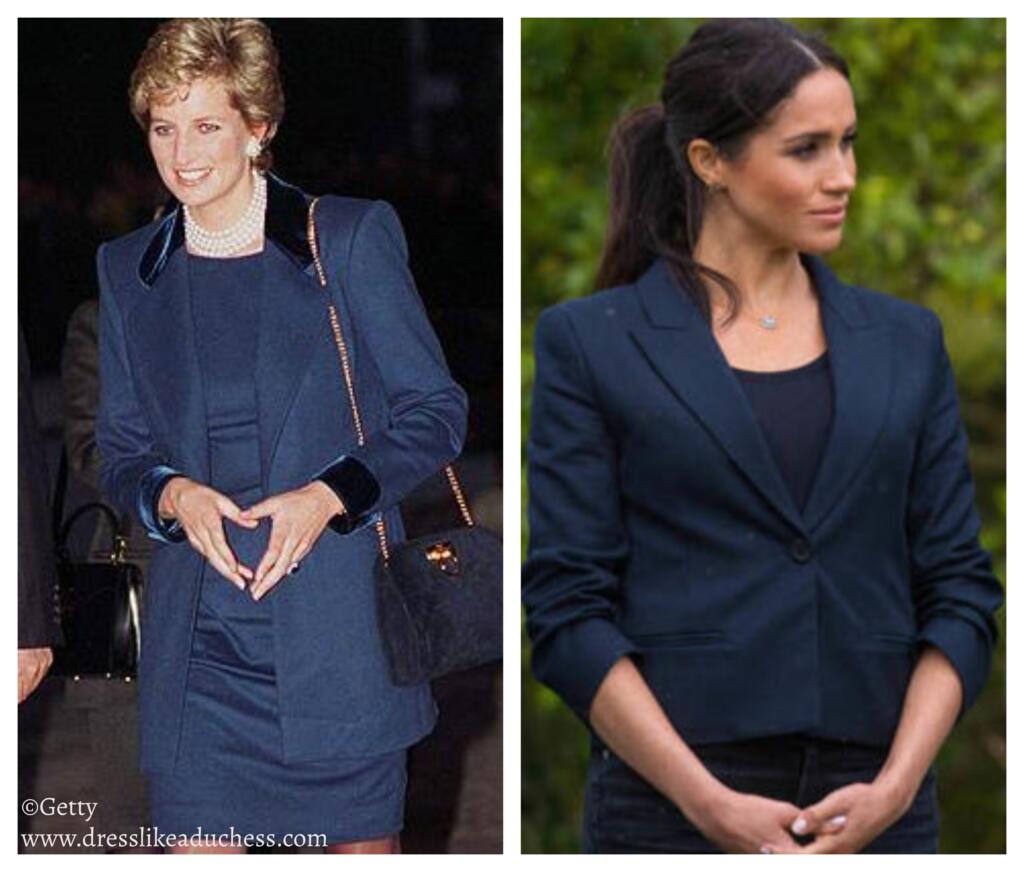 The Duchess of Sussex recently visited Morocco with Prince Harry where she dressed her growing baby bump in a casual chic ensemble of an Alice + Olivia blazer and Illesteva tortoiseshell sunglasses. In addition, she wore a black Misha Nonoo casual cashmere sweater with skinny jeans and Birdies smoking slippers. Diana wore a very similar ensemble with a blue blazer jacket, black shirt and black skinny jeans as well as black flats. 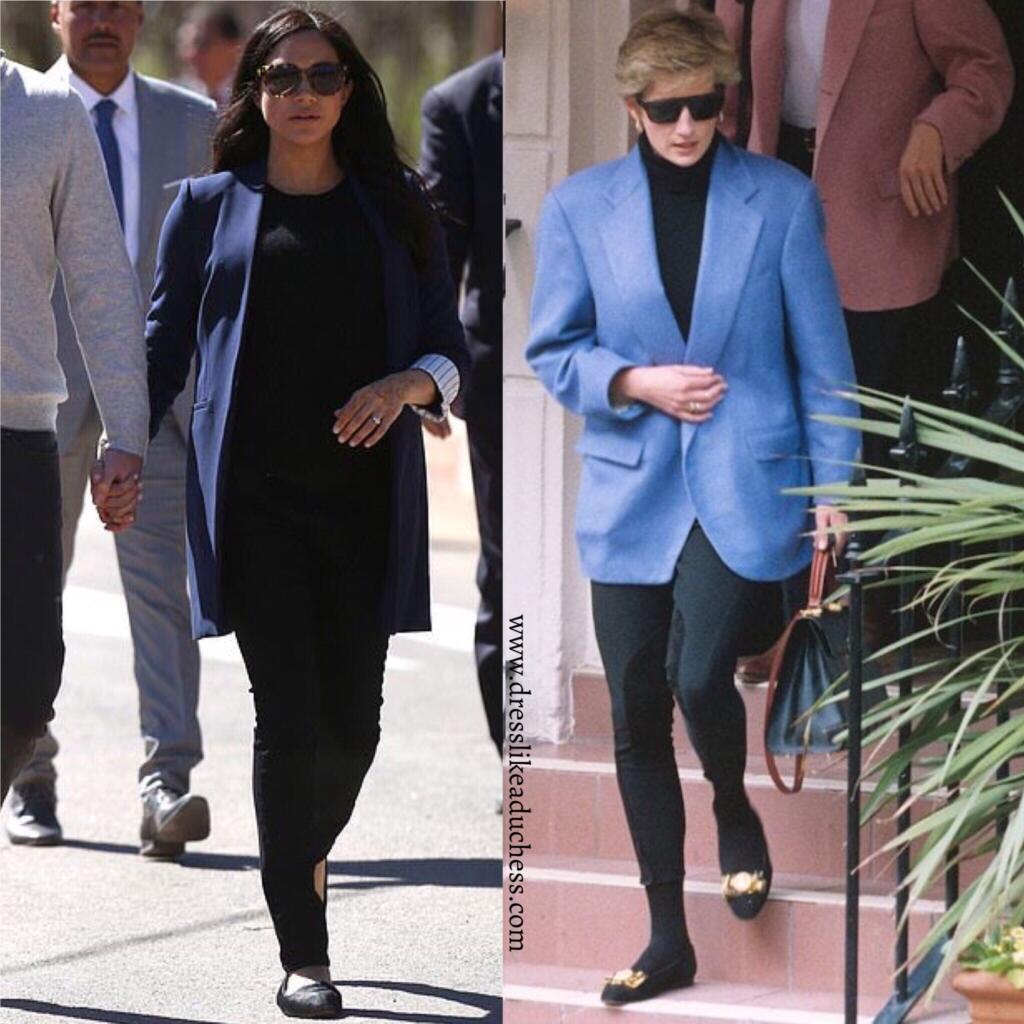