5 Clues that Meghan Markle May Be Having a Baby Girl

The Sussex scion speculation is rampant–will Meghan and Harry welcome a girl or boy this spring? Many news outlets have taken surveys, polls and bets on the next royal tyke and their gender and a lot of the postulations predict a little princess. While Meghan claimed that she and Harry didn’t know the sex of the baby–other reports suggest the couple know the gender and all signs point to a little lady joining the Frogmore fam.

Here are 5 Clues that Suggest Meghan Markle May Be Having a Girl:

In an E! News interview, tennis ace Serena Williams told of discussions with Meghan regarding her upcoming child and reigning in expectations of the child’s future plans. She said, “My friend is pregnant, and she was like, ‘My kid’s gonna do this,’ [and] I just looked at her like, ‘No, she’s not. No, you’re not. She was like, ‘I need to talk to you about tips,’ because, yes, I had all of those high expectations.” Clearly, Serena thinks the newest monarchy mini will have a future tiara.

At Meghan’s private New York City baby shower, there were lots of indications that the stork might be dropping a damsel at Harry and Meghan’s doorstep. From deliveries of lots of pink and coral colored roses to a lavish dessert table filled with pink macaroons, pastel cupcakes and other gourmet goodies in peachy and cream shades, it seems for H&M the future is female. 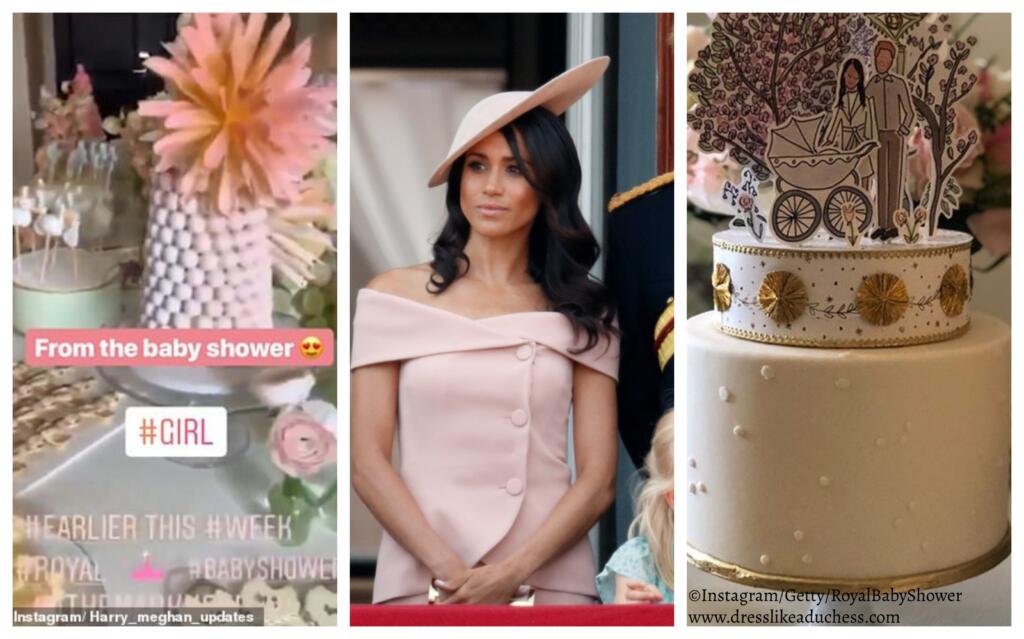 For International Women’s Day, the duchess joined a panel of female activists and crusaders. During the discussion at King’s College London, Meghan said, “I feel the embryonic kicking of feminism…so boy or girl, whatever it is, we hope that’s the case with our little bump.” Perhaps, Meghan was hinting at a future feminist and a daughter; the comment reportedly made many believe she’s expecting a girl.

The duchess looked divine in a pale pink Brandon Maxwell blazer and dress for her visit to the National Theatre. Royal watchers couldn’t help but question whether her look was intentional as news outlets reported the former actress was “pretty in pink.”

In Birkenhead, Harry and Meghan seemed to have been thinking about a pink arrival. Meghan asked one fan in the crowd, “What shall I call the baby if it is a girl?” While Harry seemed particularly interested in the spelling of the name Lily.