The Duke and Duchess of Sussex reportedly took a much deserved getaway for Meghan Markle’s 38th birthday to Ibiza. During their trip to the Mediterranean the couple and their baby son reportedly stayed at Vista Alegre in a luxurious gated community.

Meghan and Harry’s private villa reportedly cost in the neighborhood of $50,000 and could’ve included panoramic sea views, designer furnishings, an indoor and outdoor pool and even private yoga instruction. Harry and Meghan considered staying at Tagomago Island ($215,000) but opted for the secluded villas of Vista Alegre. 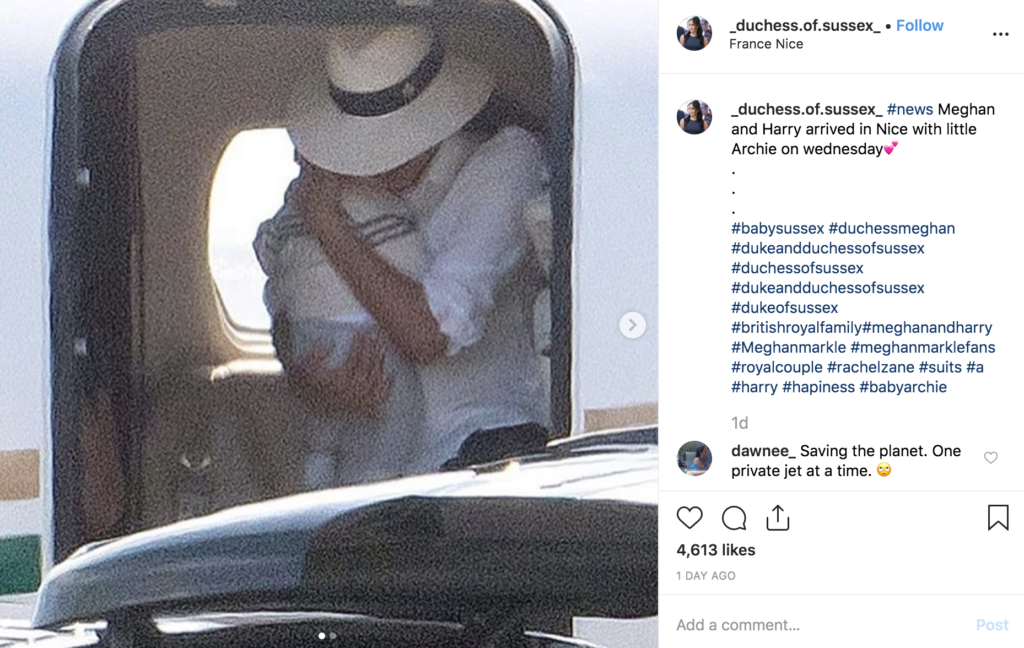 Meghan was seen carrying baby Archie for their trip to the South of France following their early August vacation. It appears Meghan may have opted to wear her Maison Michel ivory straw hat on the plane that she wore to Wimbledon in 2018.

The family landed in Nice in the French Riviera where Meghan was seen carrying her son who appeared to be wearing a striped sweater and gray joggers. The couple stayed with Elton John, a closer personal friend of Prince Harry’s and a confidant of his mother, the late Princess Diana.

The brightly colored yellow house owned by Elton has been dubbed ‘the Yellow Palace’ and is a luxurious villa surrounded by parklands. The rooms of the spacious home are filled with eccentric and colorful ink blot paintings, giant seashells and funky metal chandeliers. An Andy Warhol painting is featured prominently in Elton John’s master suite and lots of Versace inspired decor is evident throughout the house. The acclaimed musician has entertained a number of famous faces at his Mediterranean manse including Victoria Beckham, who also happens to be a friend of the duchess.

Meghan was seen at the Nice airport on Saturday with Prince Harry and baby Archie after having spent three days on vacation. The duchess appeared to be wearing ballet flats (possibly her Chanel cap toe ballerina flats-similar) and a button down shirt for the trip home. 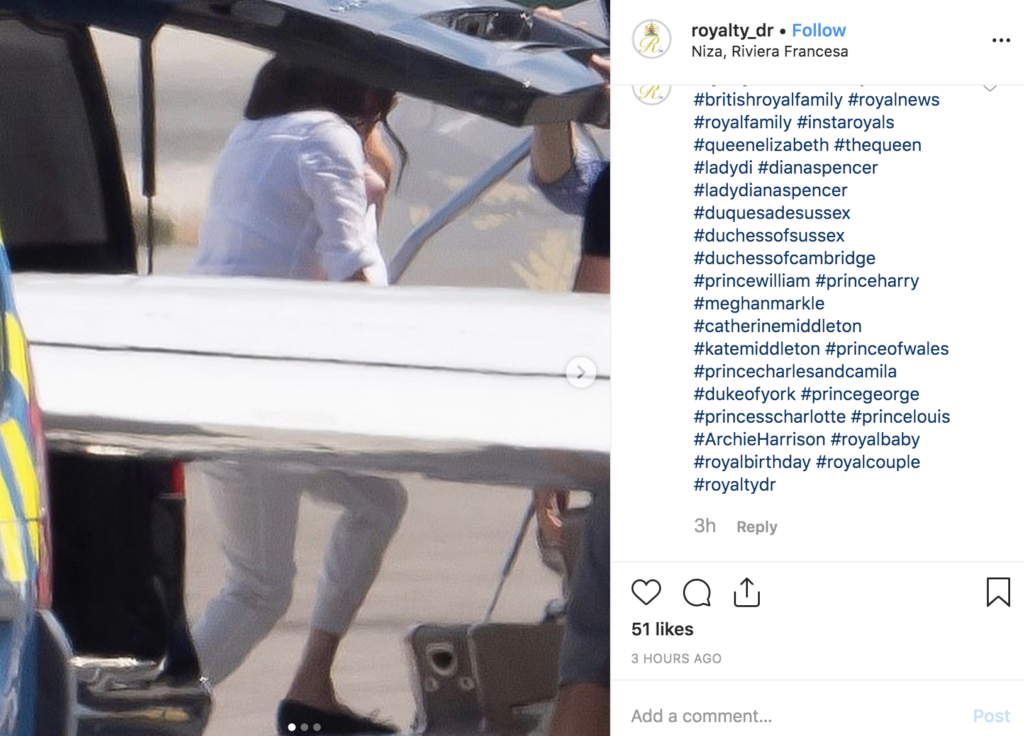