Football fans didn’t realize they could be sitting next to two future kings when they arrived for a match at Norwich’s Carrow Road football ground. In fact, the Cambridge family was perfectly content to take their seats next to a crowd of commoners on Saturday October 5th. While the royal cheerleading squad did move to a private box for half time–they sat in the stands for both the first and last half of the game.

Duchess Kate and Prince William brought their oldest children to watch the Premier League match between Norwich City and Aston Villa. Little Louis stayed at home for the raucous affair. And while some spectators noticed the group–many were oblivious that they were sitting near Britain’s most famous family.

The only thing that drew attention to the foursome was George’s giddy squealing and screaming. Meanwhile, Princess Charlotte sat near mom Kate who spent time talking to longtime friend and confidant Sophie Carter who happens to be Charlotte’s godparent.

For the secret outing, Duchess Kate wore her Barbour Longshore Quilted Puffer coat that she’s worn for casual outings with her family as well as on royal engagements in Northern Ireland and North Wales. And Kate likely wore dark jeans and possibly hoop earrings. 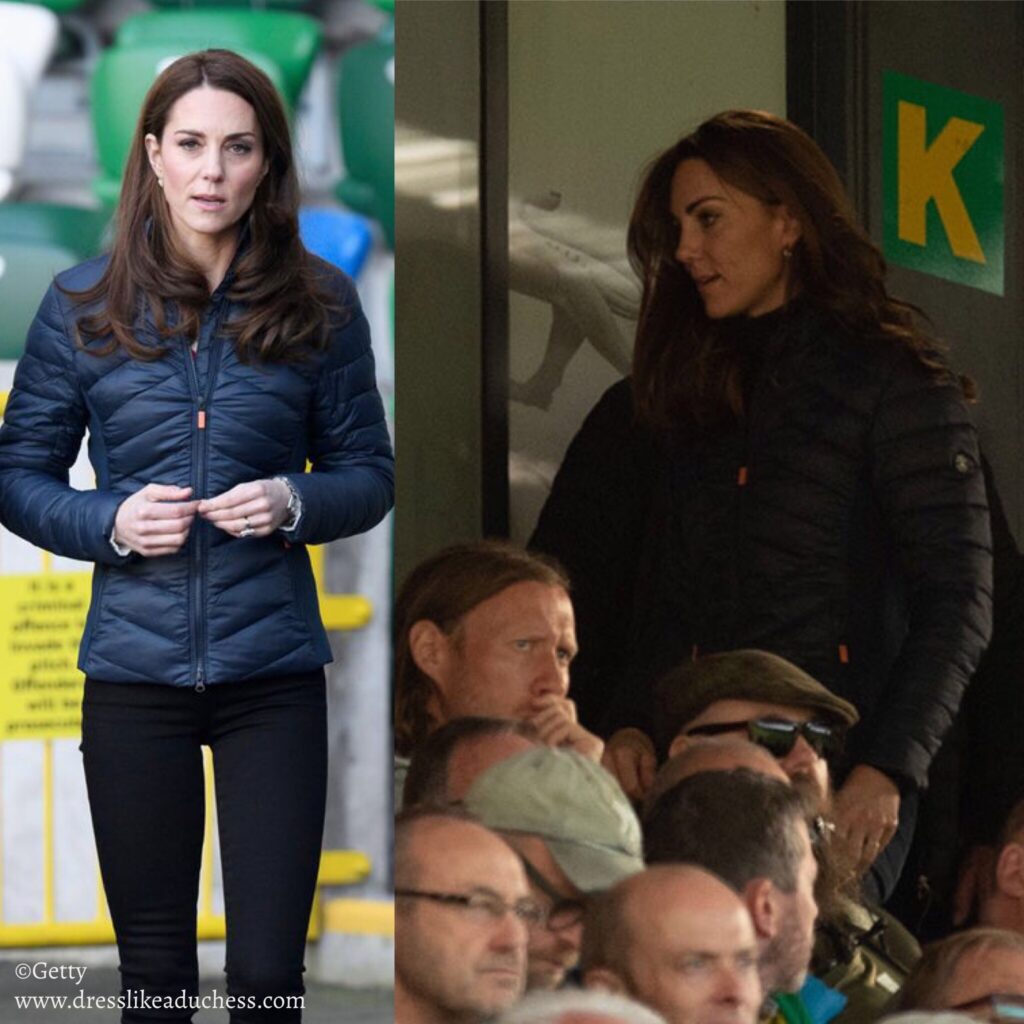 Luckily, family favorite Ashton Villa won the match with a victory at 5-1. And the future King of England was thrilled.