The Duke and Duchess of Sussex had a hugely positive and powerful tour including stops at locations ranging from surf therapy programs to national parks and local colleges during their recent trip abroad. The dynamic duo made a splash in the townships and communities of Cape Town and regions of South Africa. The excursion was such a success that that Queen was reportedly delighted with the casual and congenial quality of the 10-day trip. And while the itinerary was planned and scheduled down to the finest detail–there were still a few surprises from the Sussexes.

Here are 5 Surprises from Meghan and Harry’s Royal Tour of Southern Africa:

While the Duchess of Cambridge is known as the ‘Queen of Recycling‘ and often opts to select the same styles for multiple outings, the Duchess of Sussex proved she also covets a thrifty throwback. Indeed, on the royal tour, Meghan surprised many royal watchers with a wardrobe full of repeats. She wore a House of Nonie trench for the second time as well opted for an old Madewell jean jacket from her days in Toronto. Plus, the duchess brought back a bright blue shirtdress from Veronica Beard, striped maxi dress by Martin Grant and Castaner wedges from the royal tour of Australia as well as gold disc earrings from her and Harry’s Morocco visit. 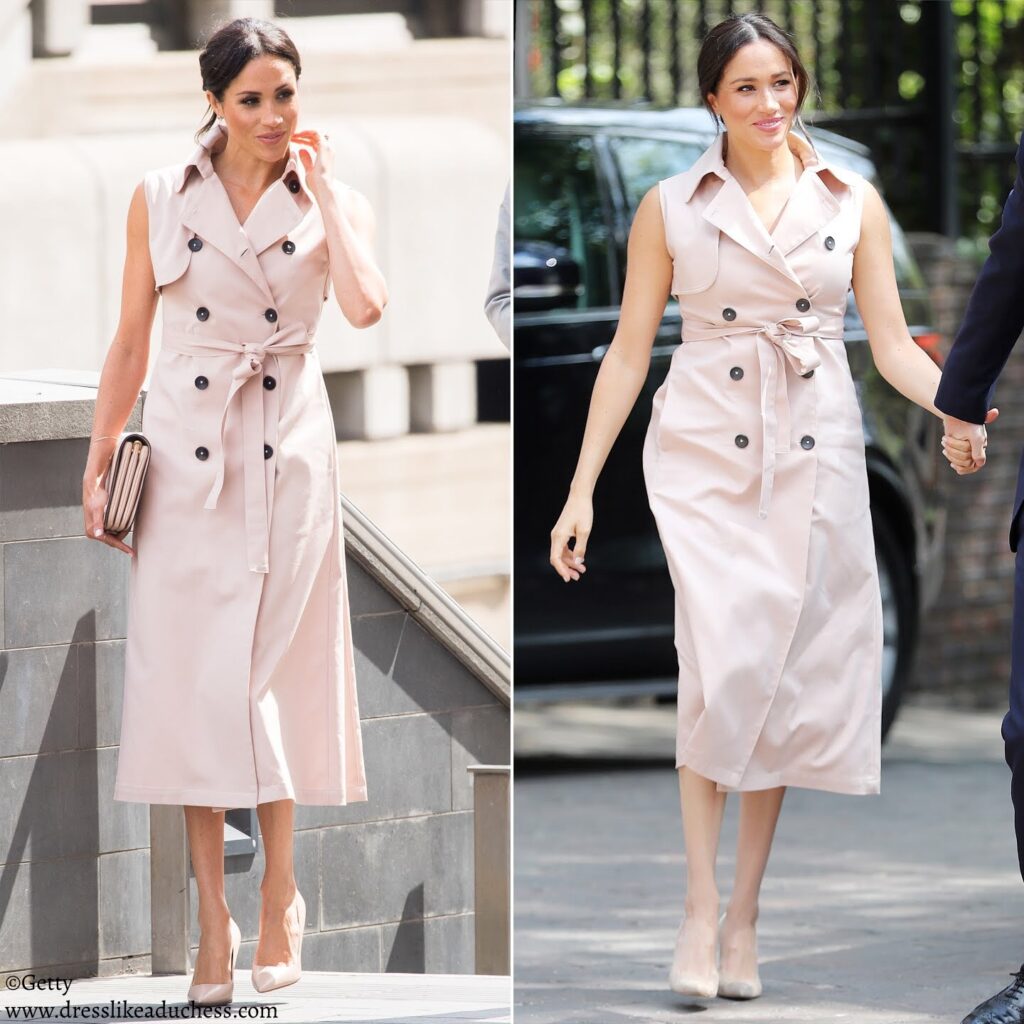 No, Meghan didn’t ditch a raucous royal rock band–in actuality, the duchess left her three-diamond wedding ring at home during the family’s tour. While some were surprised by this choice, Meghan likely wanted to not look ostentatious and remain ‘low-key’ while meeting students, activists and community leaders. Some speculated the duchess also made the decision for security and safety concerns. In lieu of her usual sentimental sparkler, Meghan opted for dainty and delicate jewelry from the likes of Jennifer Meyer as well as other turquoise and gold pieces.

While the highlight of the tour was undoubtedly the introduction of four-month old Archie Harrison to the world, no one could have predicted the incredible likeness to Prince Harry. The Major looks so much like his father–it’s hard to tell the two apart.

During the trip, Harry and Meghan appeared every inch the royal couple and presented themselves with great professionalism, still, they couldn’t help but sneak in kisses, hand holding and coy glances while on engagements. The loved up pair looked smitten and were often spotted sharing sweet tactile displays of affection. Prince Harry even fixed his wife’s hair on one outing!

Meghan and Harry visited dangerous places during the tour including a township with South Africa’s highest murder rate. Rather than avoid these volatile regions, the couple brought excitement and positive press to areas like Nyanga. Shunning their own safety, the Sussexes danced, gave speeches and dished out hugs during their tour stop and brought happiness and hope to a region in need of a little joy.