The Duke and Duchess of Sussex attended the the Field of Remembrance Ceremony at Westminster Abbey to honor the fallen soldiers of British Armed Forces. The occasion marks Meghan’s first visit to the memorial since joining the royal family. The couple were originally scheduled to be joined by the Duchess of Cornwall for the poignant outing but Camilla had a chest infection and was unable to attend.

On the solemn occasion, Meghan opted for a belted Sentaler coat in blue boucle alpaca. The midnight blue style features textured Bouclé Alpaca fabric, a large wide collar and signature oversized pockets. In addition, the topper has signature design details such as square pockets and a long length with a dramatic back vent. Made of Bouclé Alpaca and fully lined, this coat is one of the warmest in the designer’s collection. 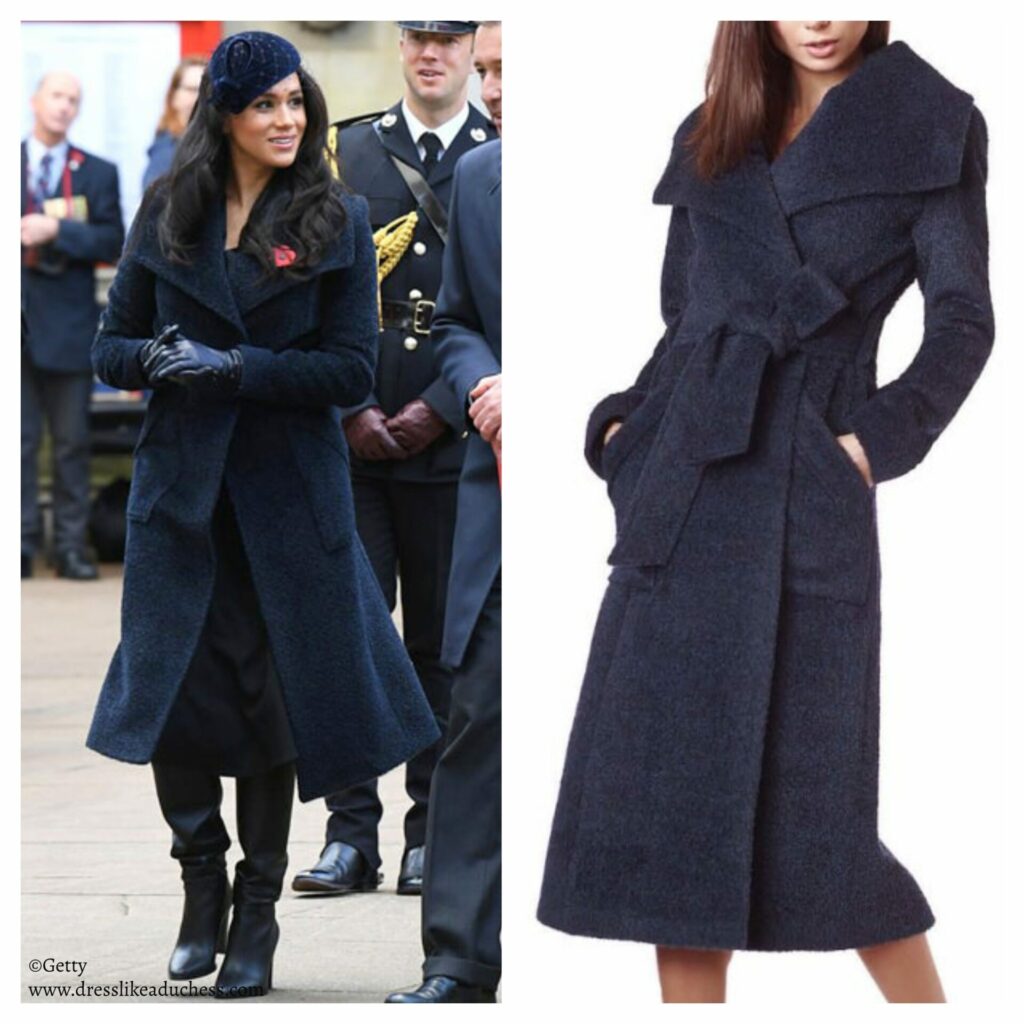 For a hat, the duchess selected milliner Phillip Tracey and opted for a blue velvet piece with knot detailing and netting. 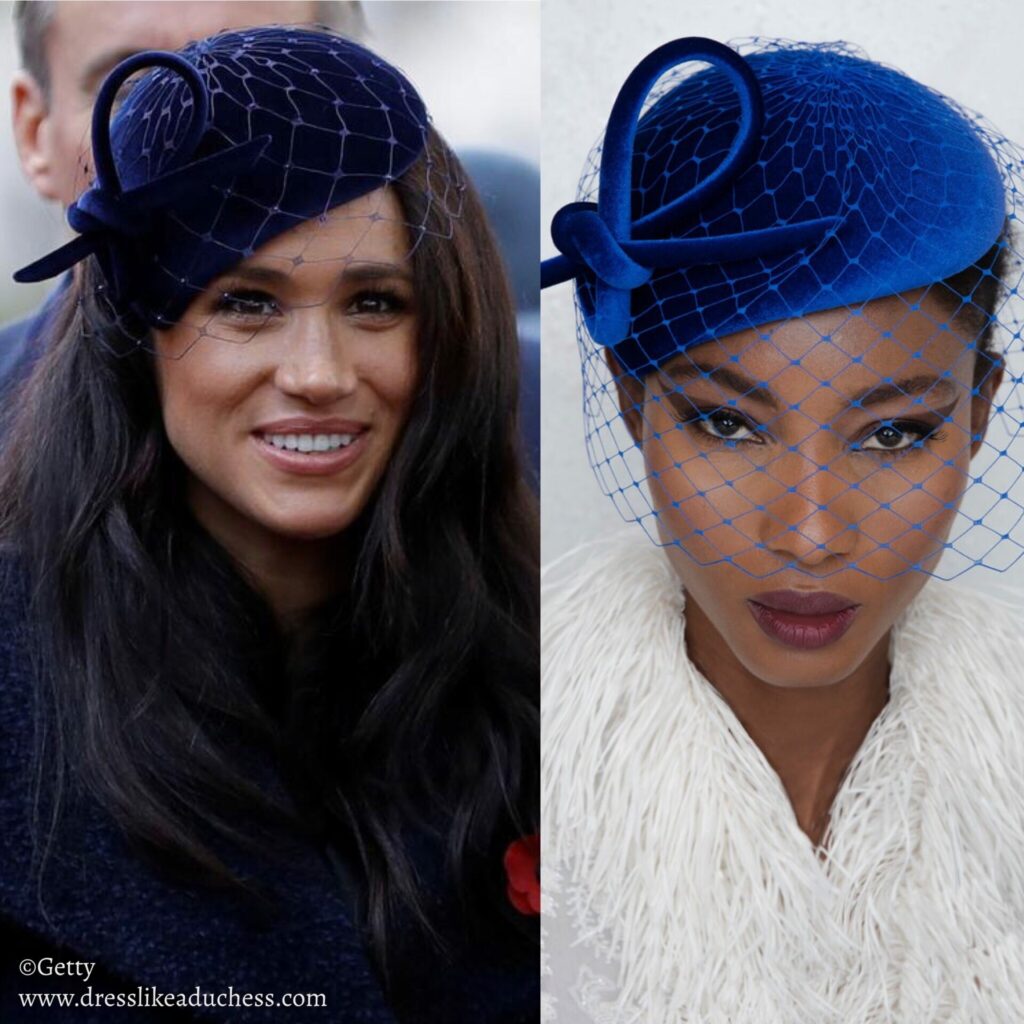 In addition, the duchess wore the traditional Remembrance Poppy. During the ceremonies, Meghan and Harry laid crosses in the garden of the Abbey before taking a tour of the field. The couple also observed two minutes of silence and as a veteran and Captain General of the Royal Marines, Prince Harry saluted and later Meghan bowed her head in respect. 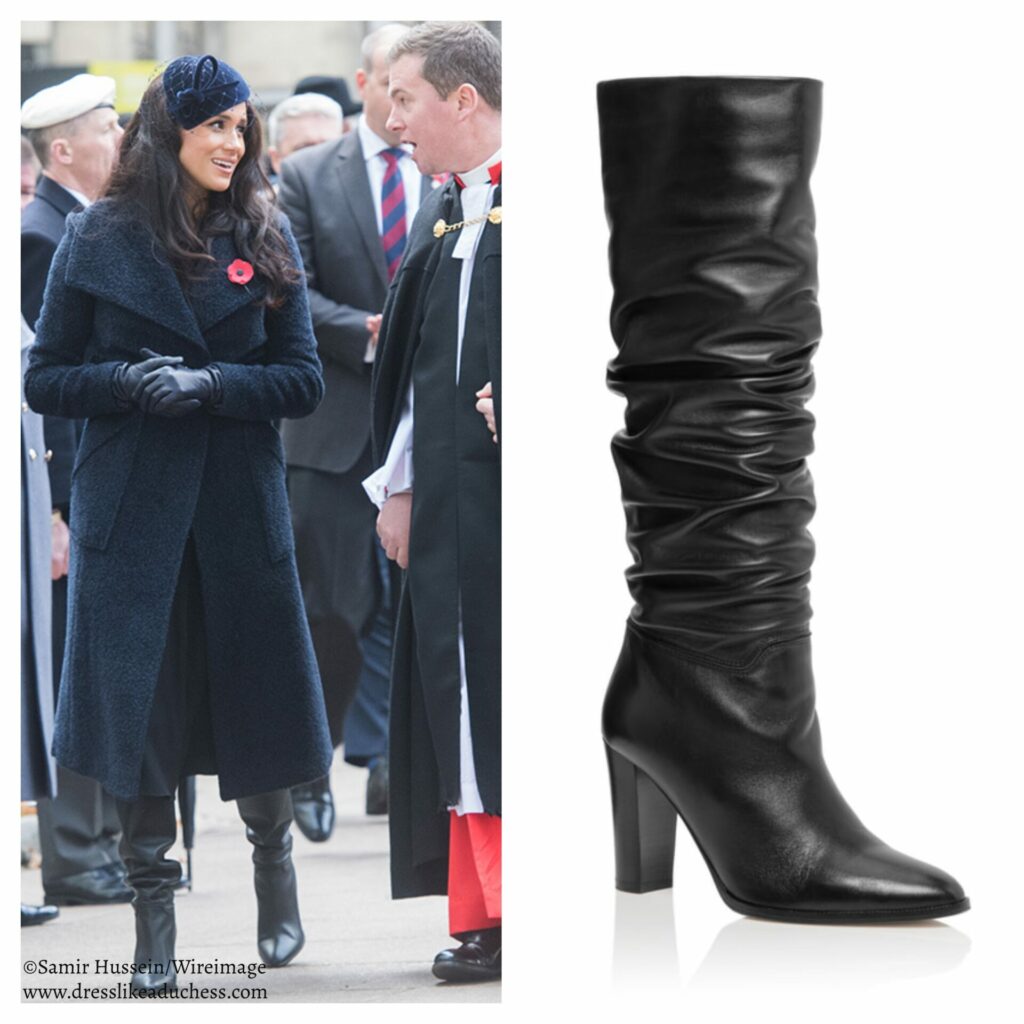 She completed the look with a belt by Prada–an embroidered leather waist belt with floral velvet embroidered detail. 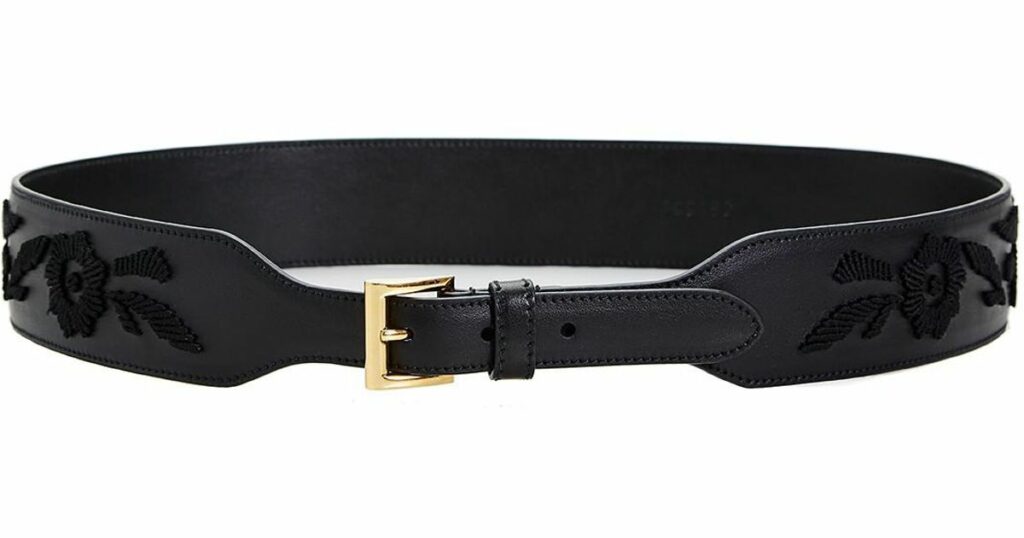