While Meghan and Harry attended Remembrance services at Westminster Abbey, Kate Middleton joined her husband Prince William for the launch of a new charity. The last minute addition to Kate’s diary was announced just a day before the future Queen consort arrived at the event at St. Martin-in-the-Fields church near Trafalgar Square.

For the outing, Kate wore a familiar silhouette with a blue Emilia Wickstead dress featuring an A-line skirt. 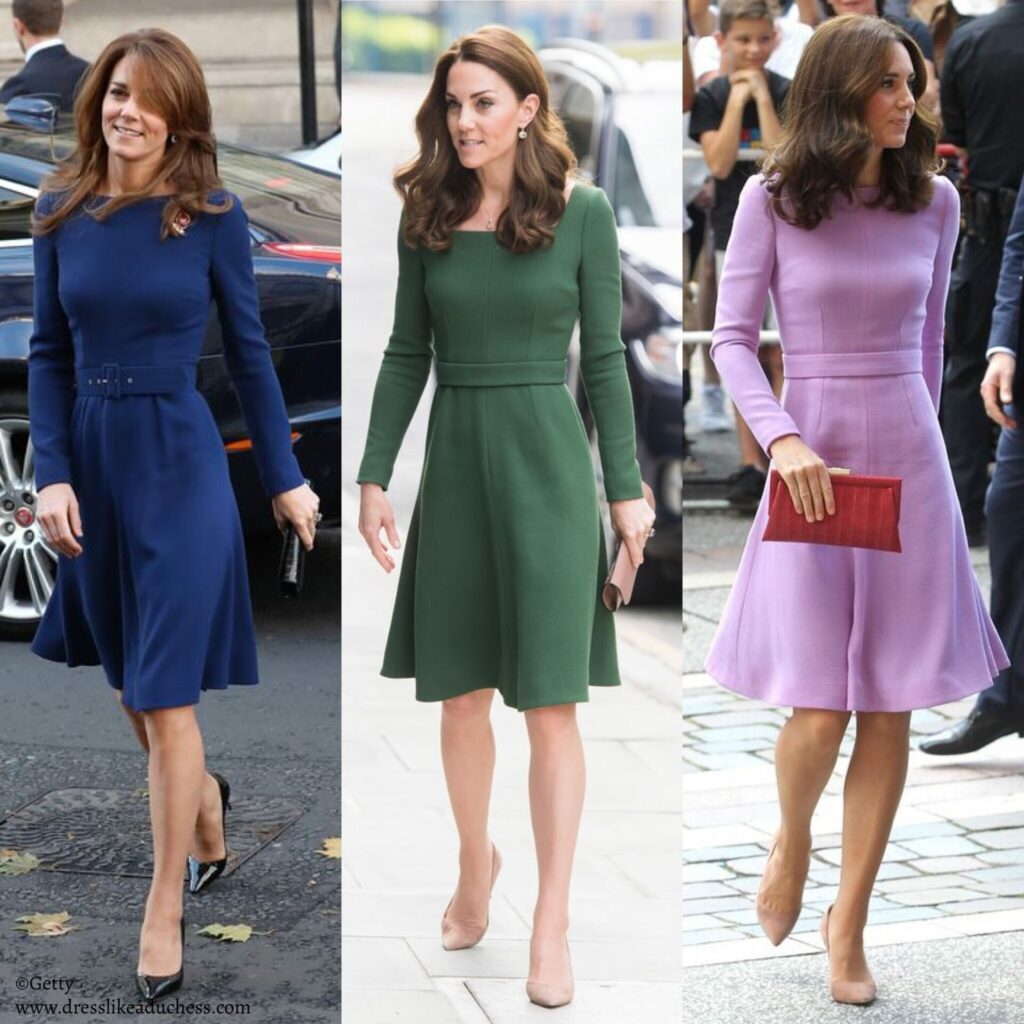 Kate’s outfit was possibly based off the Danni Belted Wool Crepe dress by the London based designer. 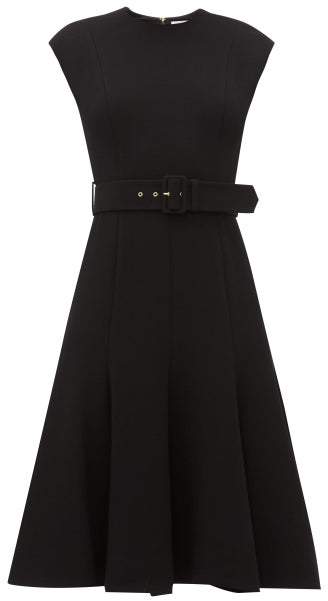 The elegant royal blue dress included a belt much like the flared Danni design. 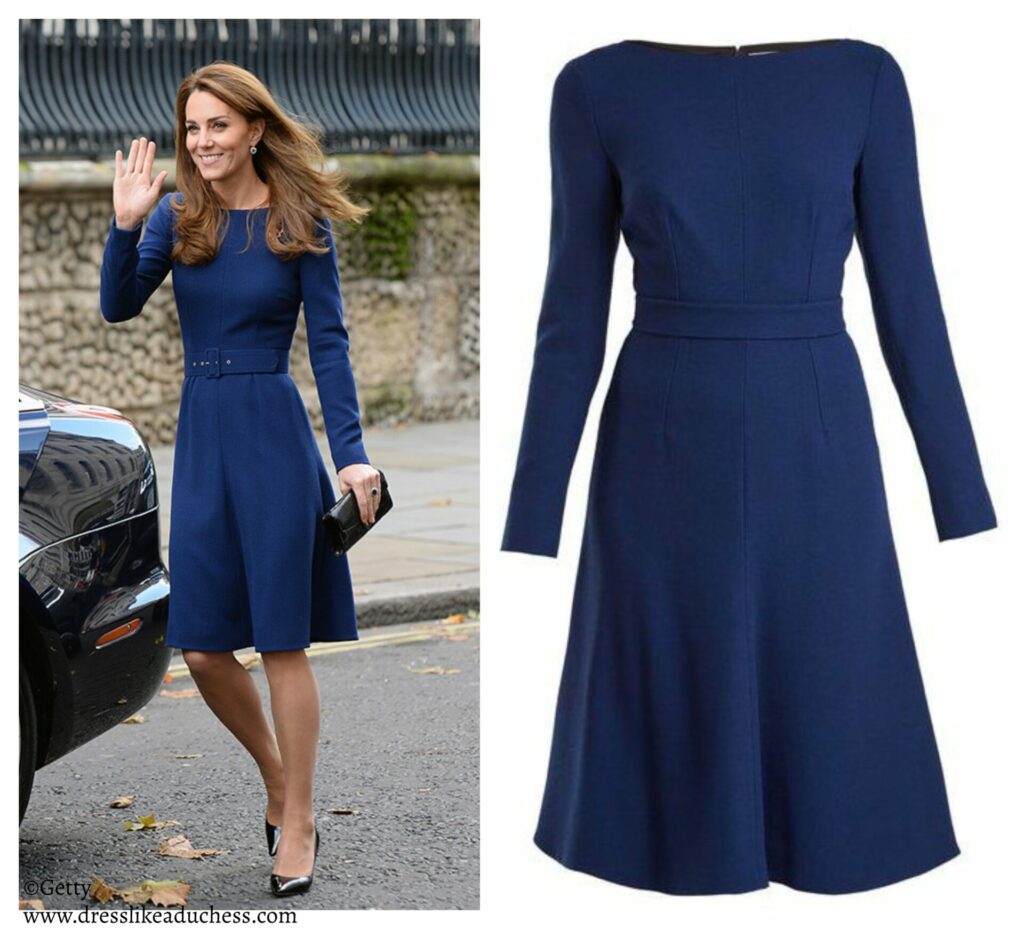 During the outing on Thursday, the couple met with those who were affected by the Westminster Bridge terrorist attack and the Grenfell Tower fire.

Kate also wore a brooch to mark the 100th anniversary of the end of World War I. The mom of three selected a pin made by the Royal British Legion honoring the women of the First World War. 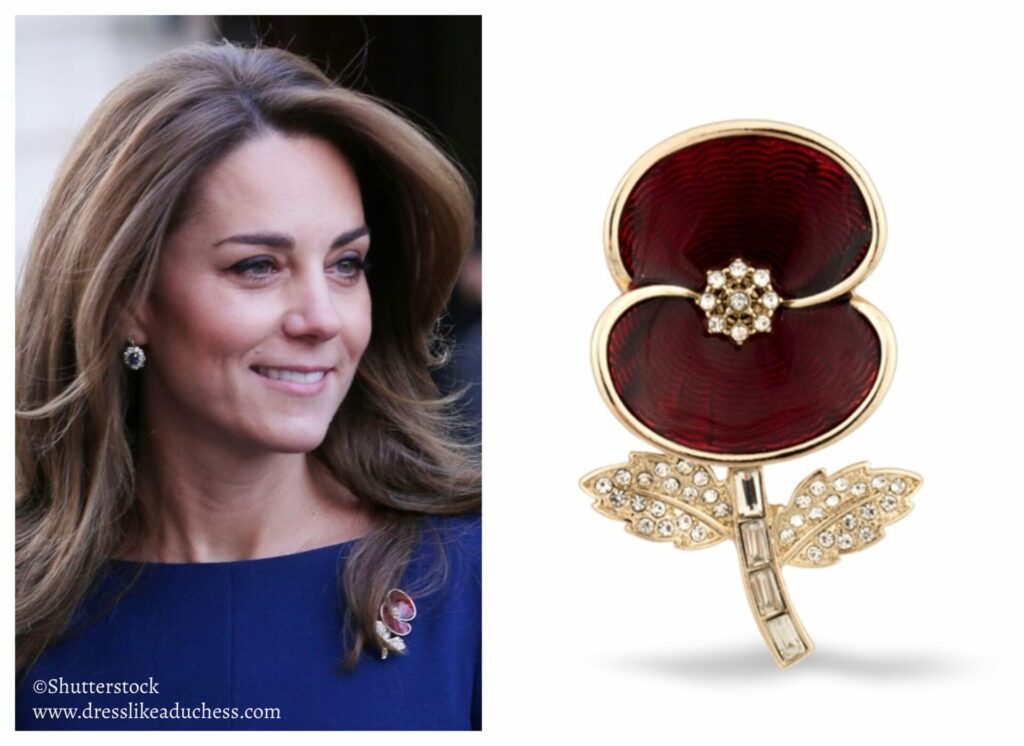 For footwear, the British beauty opted for Jimmy Choo Romy 85 patent leather pumps. The classic pointy toe pump has been slightly updated with a softer point and a new stiletto heel. A versatile addition to any well-edited wardrobe the sleek pumps have been expertly made in Italy from glossy patent-leather and set on a manageable 85mm stiletto. 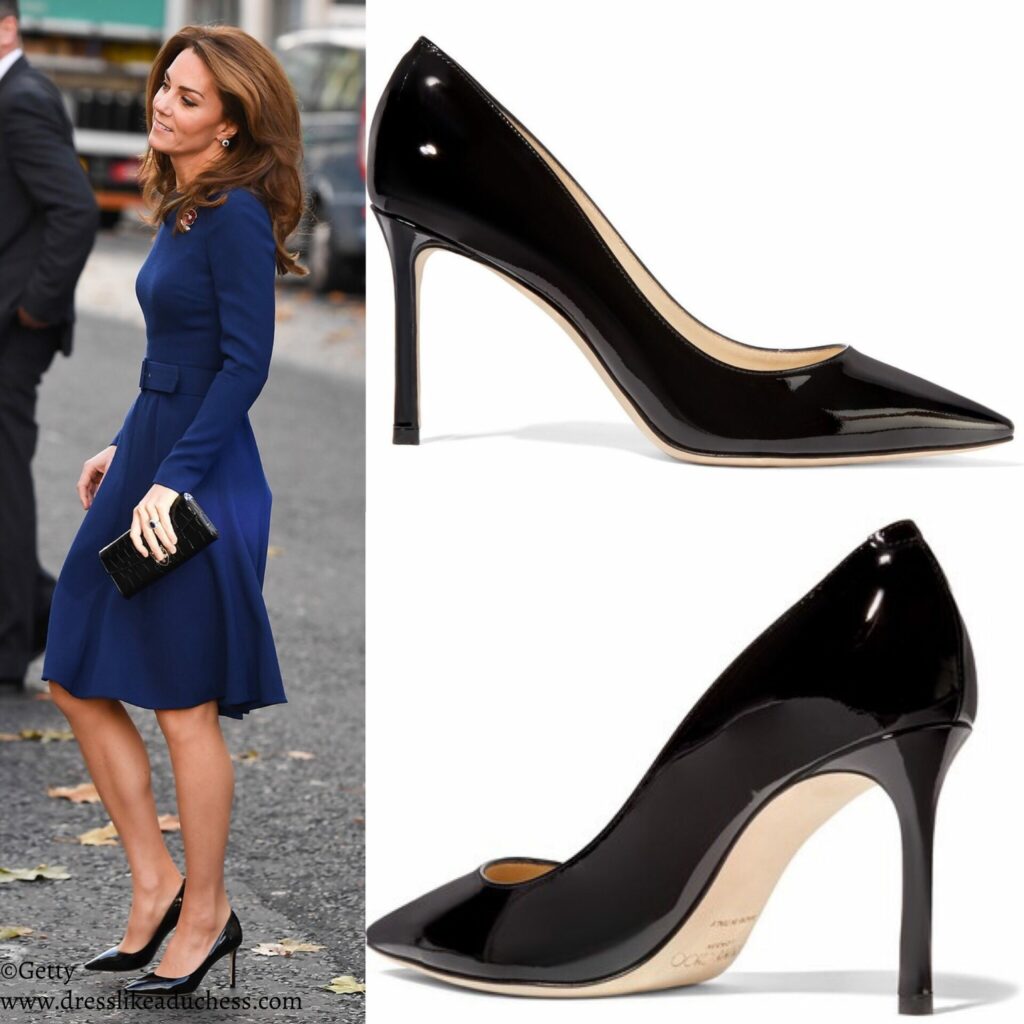 Kate also carried her Aspinal X Beulah Heart clutch which she has owned for a number of years and often pairs with blue ensembles.

And the duchess opted for Princess Diana’s sapphire earrings to complete the look. 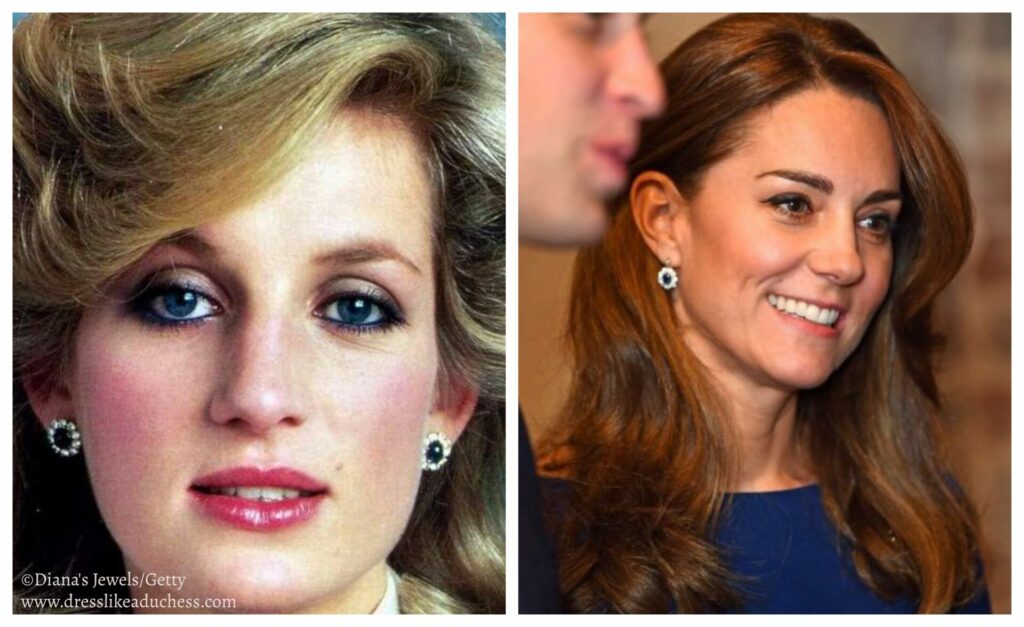