Harry and Meghan are believed to be off to the US to celebrate the holidays with Doria Ragland but the popular twosome might have more to toast this year and Meghan may not be toasting at all! Yes, despite Archie only being six months old–the Sussexes could be readying themselves for a visit from the stork very soon. While royal baby speculation has always been a popular past time for entertainment blogs and gossip magazines, the pitter patter of little feet might be a reality for the ginger prince and his beloved American bride.

Here are the Six Clues Harry and Meghan are Expecting Sussex Baby #2:

The holidays are a time to celebrate with family and since the Sussexes spent last year at Sandringham–rumor has it this year’s festivities will be had near swaying palm trees and sandy beaches in California. As Meghan likely wants Archie to have some quality time with his grandmother, Doria Ragland, the fam could be staying stateside for more than a few weeks. While this doesn’t necessarily mean a baby is on board in the Sussex household, it implies that if Meghan were pregnant she would have a bit of time in the first trimester to stay away from the pressures of royal duty and the stress of public scrutiny. Some have even speculated Harry and Meghan might see specialists or doctors in LA to ensure they have the best medical care for their second pregnancy.

Will the Sussex trio become a quartet? During a recent surprise visit to a military community center in Windsor, Prince Harry seemed especially eager to learn more about having multiple children. The duke asked Susie Stringfellow, mother-of-two, what it was like to have a second baby. She told Forces Network: “Harry was really quite interested in how things were with second children as well because we both have older children.” She went on to say, “We were trying to encourage him to have a second baby.”

Rather than debut a wardrobe of luxurious and pricey threads on the Royal Tour of South Africa, Meghan stuck with many of her previously worn outfits and opted to ‘recycle’ some of her dresses, jumpsuits and even an old jean jacket from her days in Toronto. One surprising aspect to the new mom’s penchant for thrift was the fact that many of her repeat looks were actually her old maternity clothes. Rather than wear pencil skirts, sleeveless dresses and sheaths from her 2018 lookbook, instead, the duchess selected styles she wore while expecting baby Archie and immediately postpartum like a striped maxi from Martin Grant and a billowy Lisa Marie Fernandez caftan dress.

According to Paul Burrell, former assistant of the late Princess Diana, the Duke and Duchess of Sussex are set to formally announce that they are expecting their second child together “very soon.”  Burrell told US publication Life and Style Magazine, “I think that Meghan will have a baby very soon.” The former servant in the British Royal Household went on to say, “A. The clock’s ticking. B. She wants at least two children and C. Have you not noticed the way she knots everything in front of her belly and tries to hide her tummy? Could she already be pregnant?” 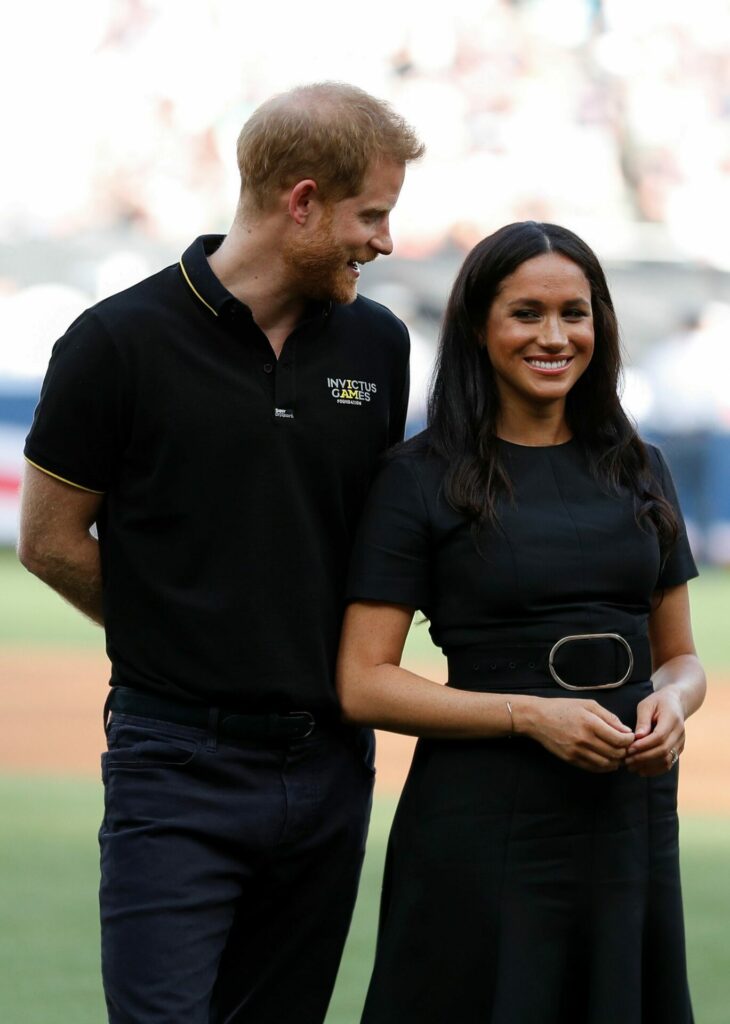 Prince Harry has seemed extra attentive around Meghan as of late. While suing newspapers and issuing a statement regarding the ‘ruthless’ treatment his wife has received in the British press might have seemed to be a bold and uncharacteristic move for a member of the royal family–it would make perfect sense if Harry was trying to be extra and perhaps overprotective of Meghan if she was carrying their second child.

When the duchess was expecting her first child, she was in the process of creating a cookbook with the women of Hubb Community Kitchen. Likely drawn to comforting outlets like cooking and baking while preparing for a new little one–Meghan seems to have found a way to play foodie once again as she recently visited the Luminary bakery for some cake decorating and sweet treat sampling. Was it a case of confection affection or pregnancy cravings? 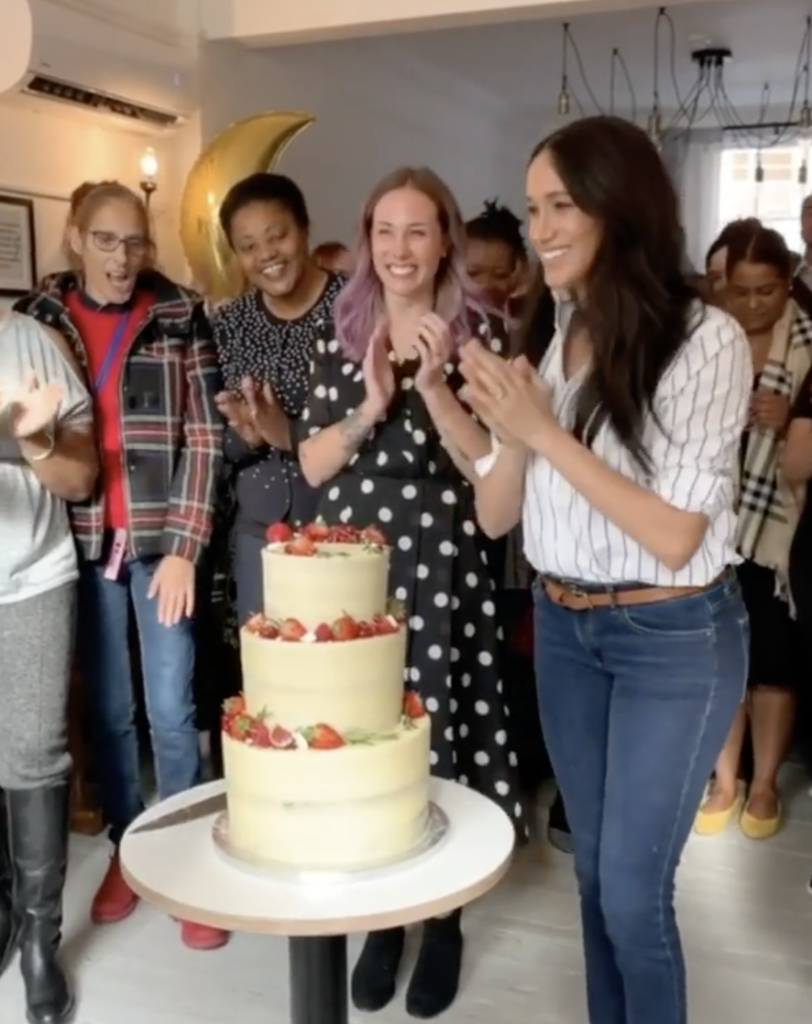