Pretty in Purple! The Duchess of Cambridge looked ready for royal duty in a magenta colored Oscar de la Renta suit featuring a peplum tailored jacket and pleated skirt at the launch of The Nook children’s hospice. As Royal Patron of East Anglia’s Children’s Hospices, today’s visit was an especially poignant one for the mom of three who was spent the engagement meeting with children and families as well as touring the hospice, giving a speech and unveiling a new plaque. 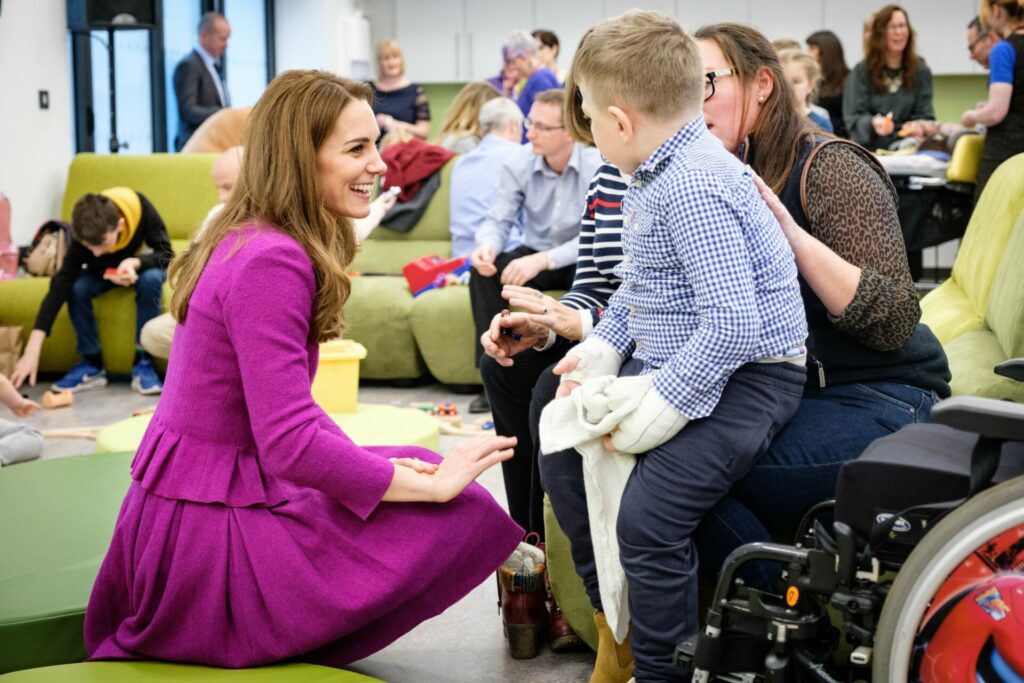 Eagle-eyed royal watchers spotted the mom of three arriving by train as she was flanked by Assistant Private Secretary Natalie Barrows as well as security and a Kensington Palace photographer. The duchess was seen carrying her Smythson Black Panama East West Zip Tote for the train ride and later switching to an Aspinal London clutch for the engagement (Thanks to Christin Zi and Laura). A video on social media reveals the duchess made quick strides through the terminal and was unnoticed by the majority of fellow travelers.

For the outing, the 37-year-old looked polished in her skirt suit from de la Renta’s Fall 2015 collection. This marks the third time Kate has worn the ultraviolet suit as she selected the ensemble for a writers conference in 2017 with Prince William and again wore the colorful outfit for a visit to the Royal Opera House in January of this year. As we noted on our Instagram page, the Queen is fond of colorful styles and often wears bold and bright colors so that she can be spotted in a crowd by those seeking to catch a glimpse of her; it seems the duchess is preparing for her role with her similar fashion statement. 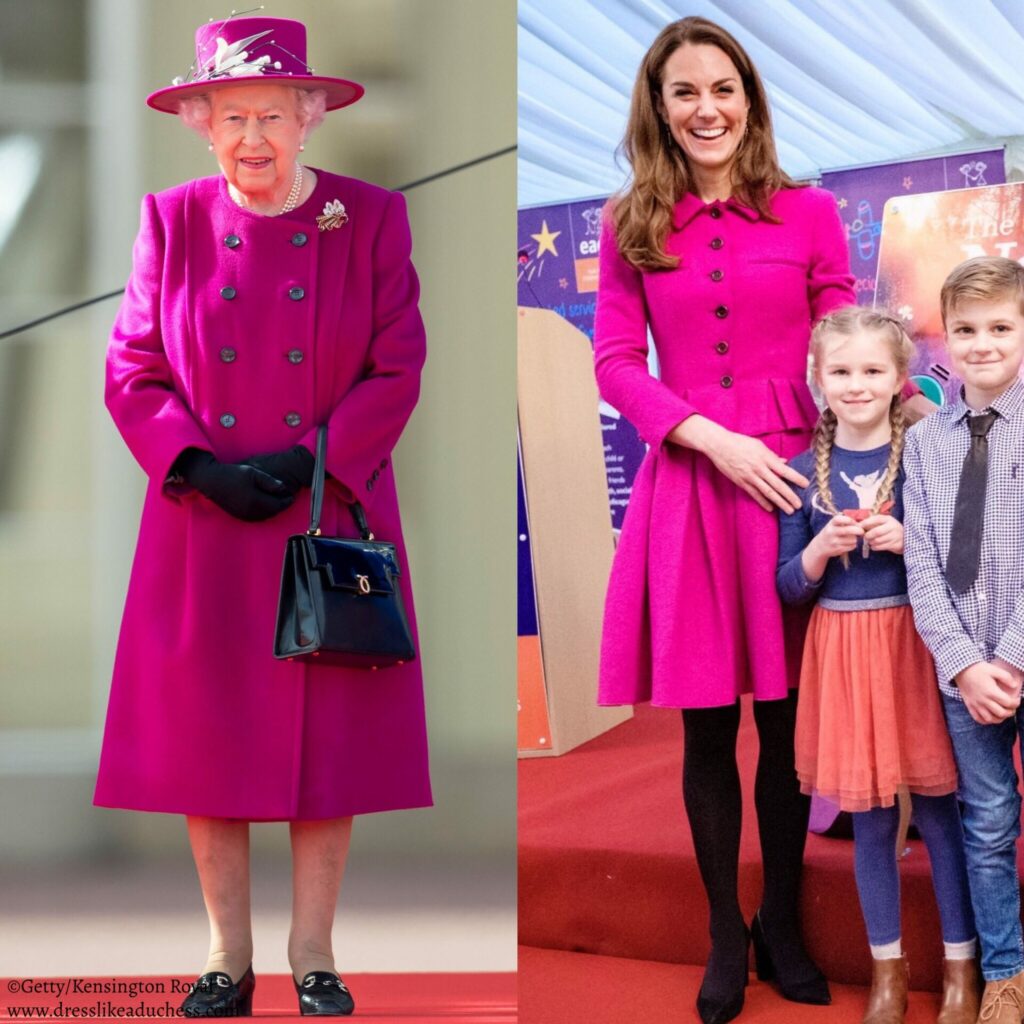 In addition, Kate also opted for a few favorite accessories for the visit including her Catherine Zoraida earrings, Aspinal X Beulah clutch as well as her favorite Gianvito Rossi 85 suede Piper pumps.