Duchess of Cambridge in Alexander McQueen for Diplomatic Reception

The Duchess of Cambridge wowed at the Diplomatic Reception hosted by the Queen in a navy velvet Alexander McQueen dress this evening. The style was reminiscent of one of Princess Diana’s most iconic dresses–a velvet midnight blue off-the-shoulder dress dubbed ‘The White House Dress’ that the late princess wore to dance with John Travolta at a state dinner in 1985 as well for a trip to Germany with Prince Charles. The Victor Edelstein velvet gown was recently put up at auction for $350,000. 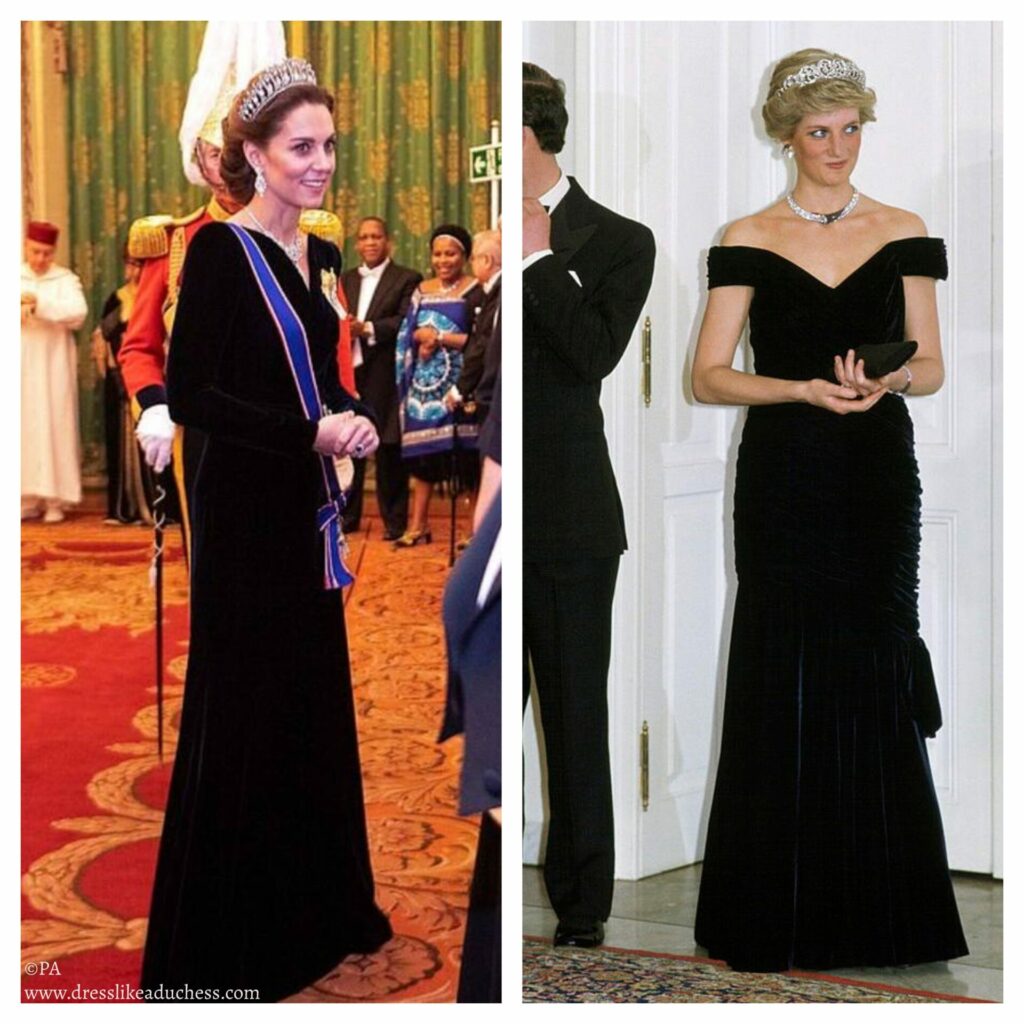 Tonight the duchess paid tribute to her late mother-in-law with her Alexander McQueen gown which featured a V-neckline, structured shoulders and long sleeves. The figure hugging dress was thought to be based on the designer’s Bejeweled Long Sleeve Illusion Gown. The floor length design is described as a stunning stretch jersey gown with sheer lace panels at the waist and back finished with an opulent jeweled back panel. Kate’s custom version is a dark navy dress with a velvet fabric. 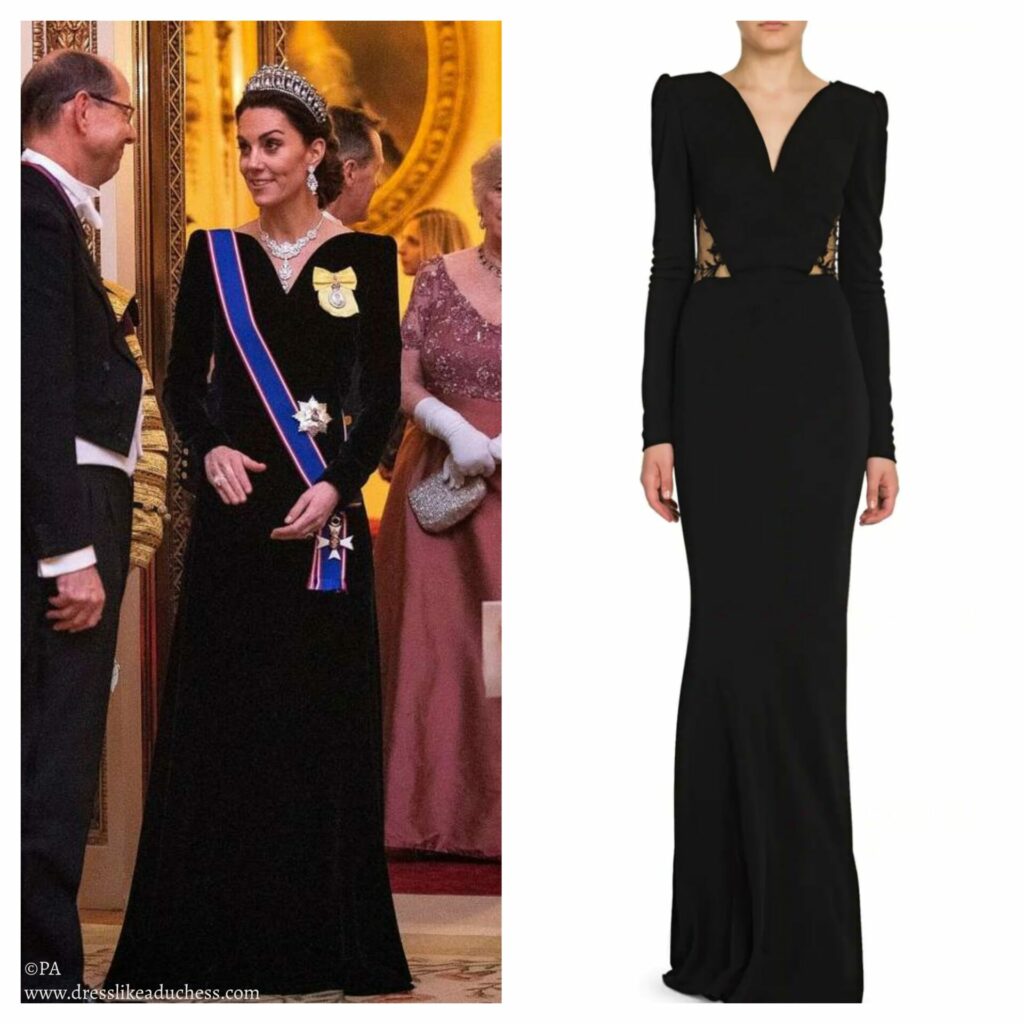 In addition, the mom of three opted to add a bit of bling in the way of some stunning jewelry pieces. She wore the Queen Mary’s Lover’s Knot tiara which has long been a favorite of the Cambridge matriarch. In 1981, the Queen reportedly loaned the Lover’s Knot Tiara to Princess Diana as a wedding gift but Diana opted instead to wear the Spencer Tiara, a family heirloom on her wedding day. Still, the Lover’s Knot became one of her favorite pieces, despite being so heavy that it hurt her head.

For earrings, the duchess opted for The Queen’s Diamond Chandelier Drop earrings as well as a stunning necklace called the Nizam of Hyderabad which we’ve seen on the future Queen consort in 2014 when she wore Jenny Packham to the National Portrait Gallery.

In addition, Kate wore her Royal Family Order yellow brooch and badge as well as her Royal Victorian sash which were honors recently bestowed by the Queen.