The adorable photo released by the Duke and Duchess of Sussex celebrating the Christmas season was a bit different than the couple’s previous year’s picture. In 2018, the royal twosome released a previously unseen photo taken at their wedding reception with their backs facing the camera admiring the fireworks on the grounds of Frogmore House. This year, however, Major Archie was front and center and was pictured in all his royal cuteness as mom and dad looked on in the background. The black and white snap features the message “Wishing you a very Merry Christmas and a Happy New Year from our family to yours.” The sweet moment was captured by Meghan’s friend Janina Gavankar. 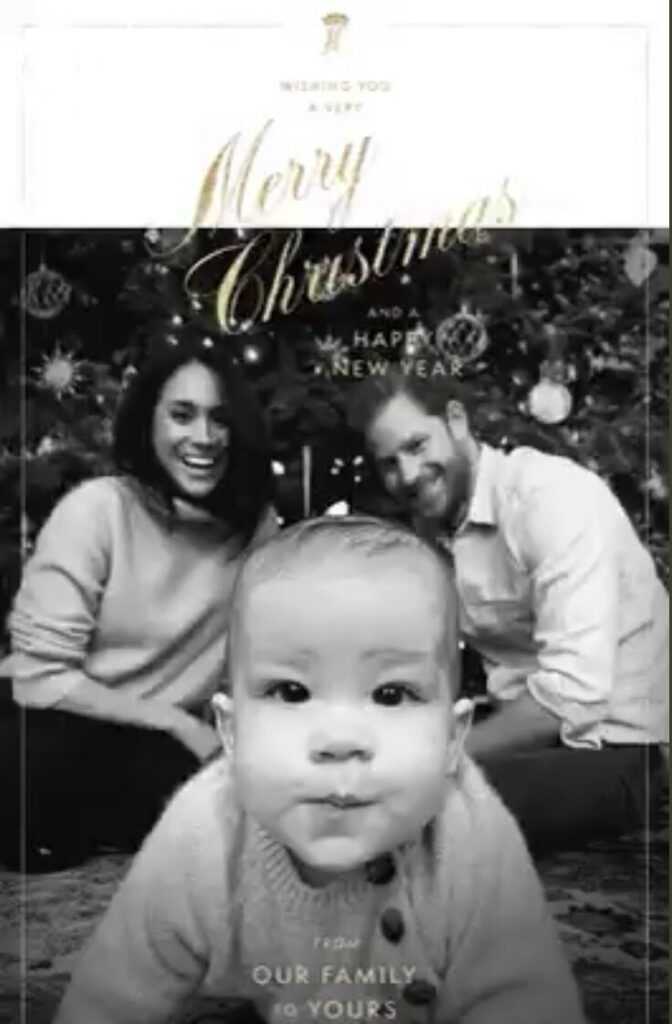 The Queen’s Commonwealth Trust shared the festive family photo (Harry is President and Meghan is Vice-President of the Trust). Little Archie appears in a sweater while mom Meghan is in a turtleneck and dad is in a button down shirt. Meghan’s turtleneck could be her AllSaints Ridley Jumper that she wore previously in March 2018 in Birmingham. 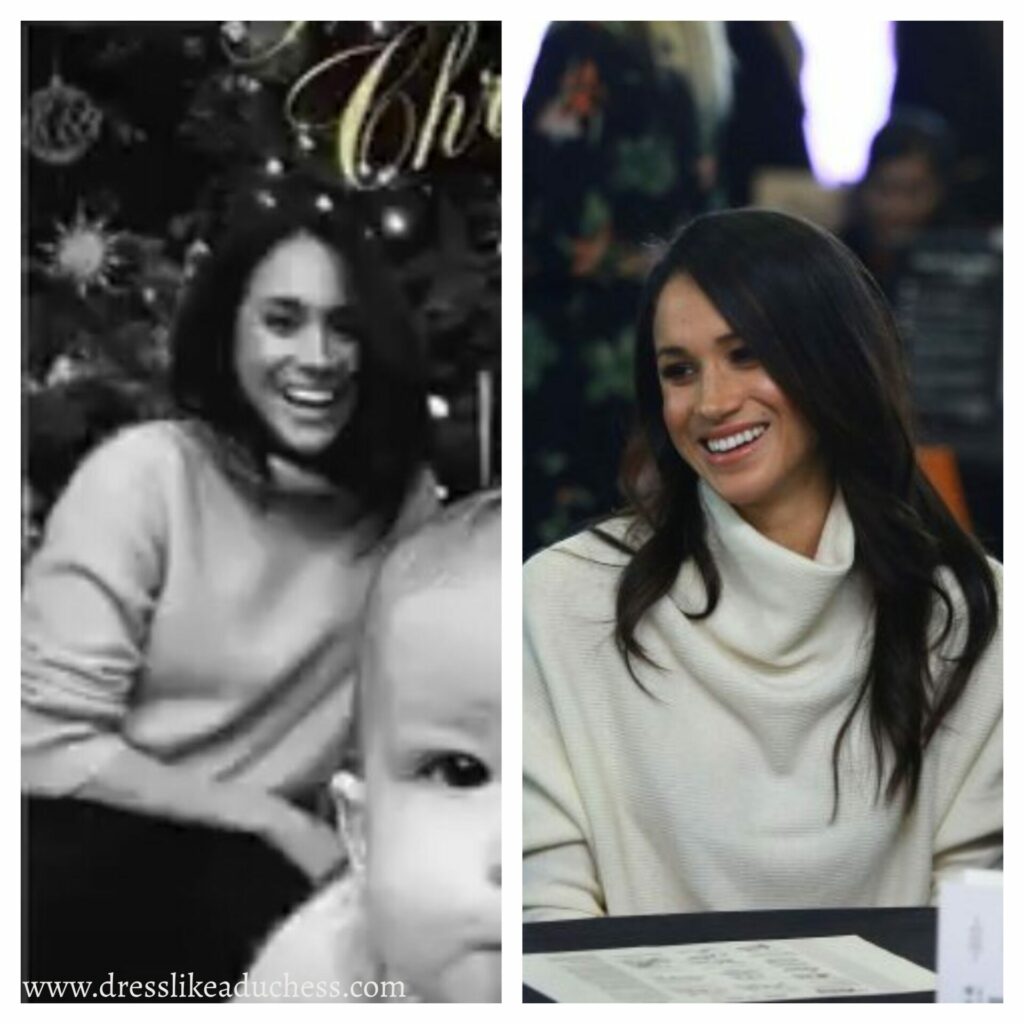 Archie appears to be wearing a sweater featuring three buttons with a ribbed neckline. The sweater was identified as the Boden Polar Bear Cashmere grey sweater and is constructed of 100% cashmere and features a snuggly polar bear on the front. The luxurious yarn is machine washable too. (ID Japanese Ginger). 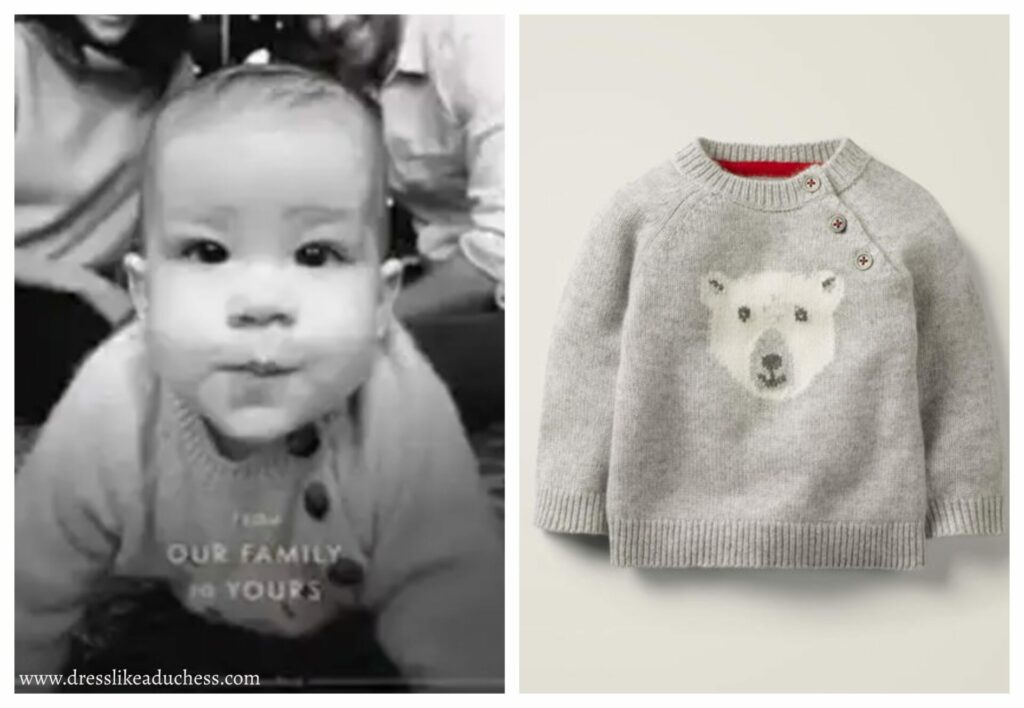 The picture shows the seventh-in-line to the British throne as relaxed and jovial with big eyes and sweet smile. The Major has an uncanny resemblance to his mother when she was a little girl. 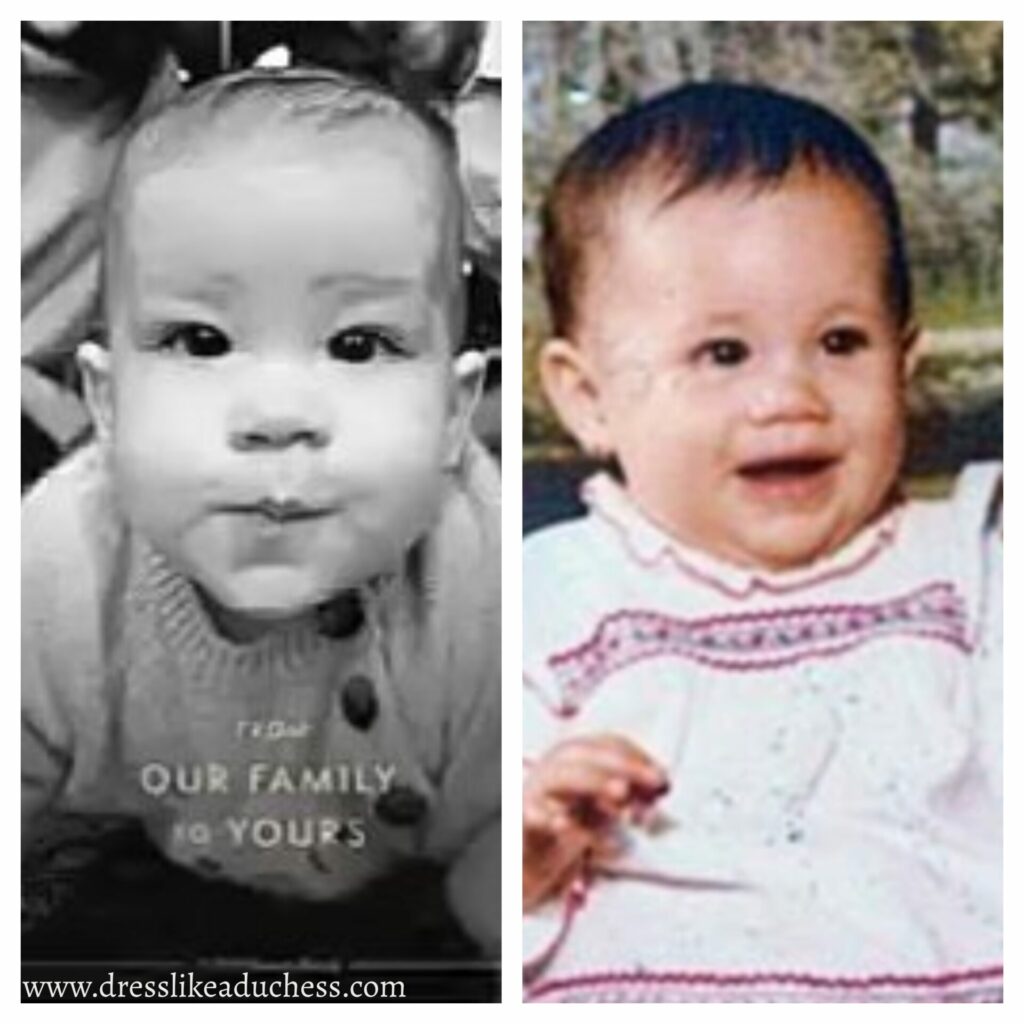 Many predicted the Sussexes would release a ‘transportation’ themed card as the Cambridges were pictured on a vintage motorbike with a sidecar while Prince Charles was pictured driving a 1953 MG TD at the British Classic Car event in Havana, Cuba, during his tour with the Duchess of Cornwall in March 2019. However, it appears the Sussexes opted for a more traditional backdrop with a Christmas tree (though it’s possible the snap was a family photo and the festive background was a photoshop addition as the electronic card ‘sparkled’ when revealed online). 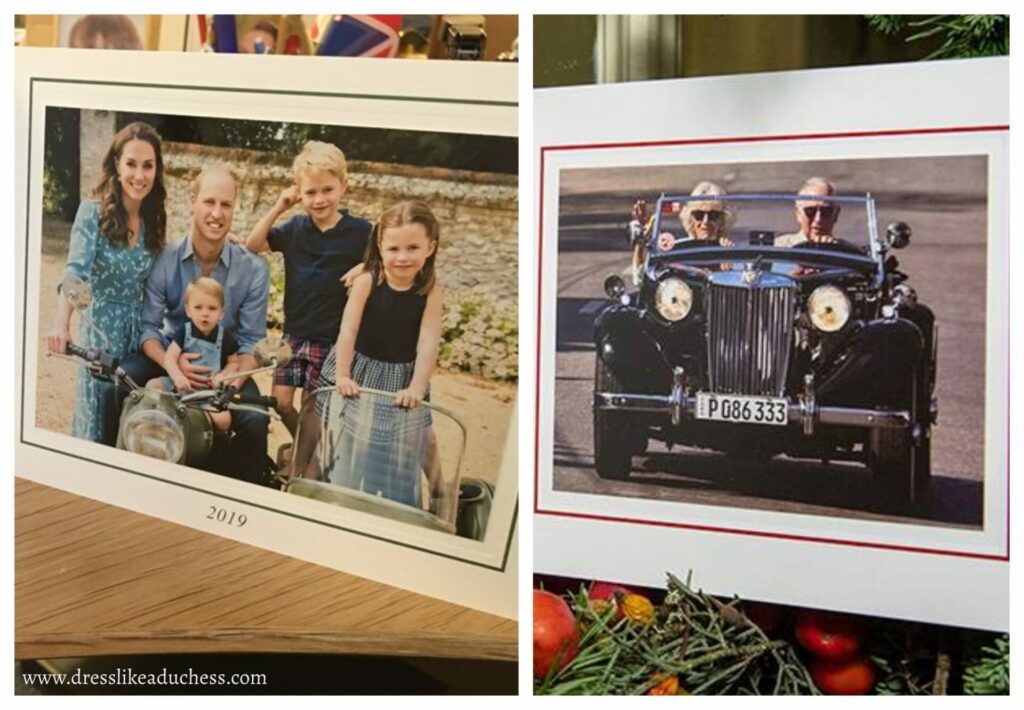 As the Sussexes card was released new photos of the Queen were shared online as the monarch is preparing to give her annual Christmas 2019 address.