Duchess of Cambridge in Zara Dress for Visit to Bradford

The Duke and Duchess of Cambridge visited Bradford today, where according to Kensington Palace, the couple sought to “visit projects which support and promote community cohesion.” Arriving at Bradford Hall for their first joint outing of the new decade, the couple were all smiles as they met with the public.

The duchess was in good spirits and looked to be at ease with the crowds who gathered to catch a glimpse of the royal duo. In addition to shaking hands and chatting, the mom of three offered hugs to a few lucky spectators.

For a sweet treat, the couple met with apprentices from Bradford College where they practiced making mango and kulfi milkshakes.

Later at the Khidmat Centre, the pair met with those who help the most vulnerable members of the community from minority ethnic backgrounds. The Cambridges heard about the activities and workshops offered at the centre, and the organizations that they support. 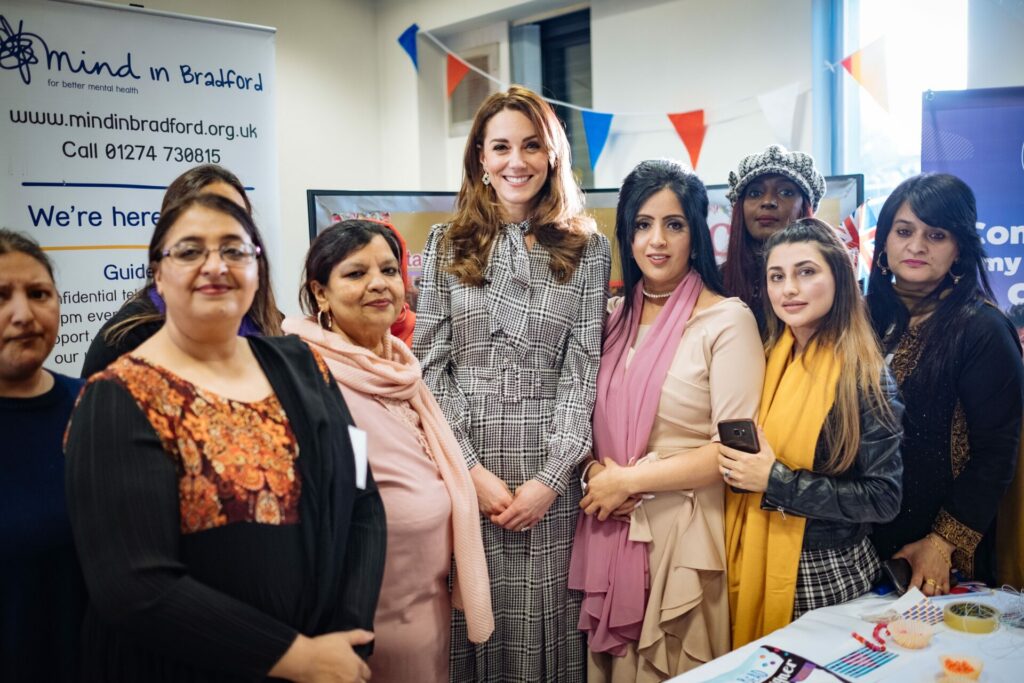 Kate and William also joined a workshop with Near Neighbours–who bring together people from religiously and ethnically diverse communities across the UK to get to know each other better. 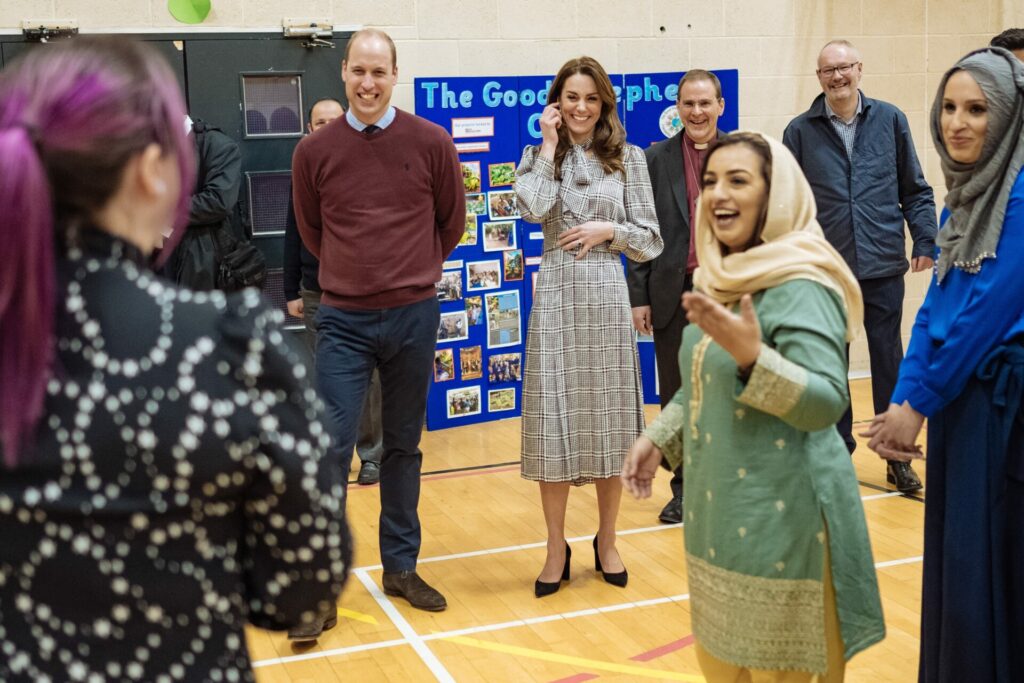 For the special visit to the northern English county of West Yorkshire, Kate opted for a new green military coat from Alexander McQueen.

She added her Gianvito Rossi 85 Piper pumps and Zeen ceramic earrings to the look. In addition, she carried her Aspinal London Midi Mayfair bag in deep shine black crocodile.

The duchess also wore a printed houndstooth dress by Zara that was an instant sellout. 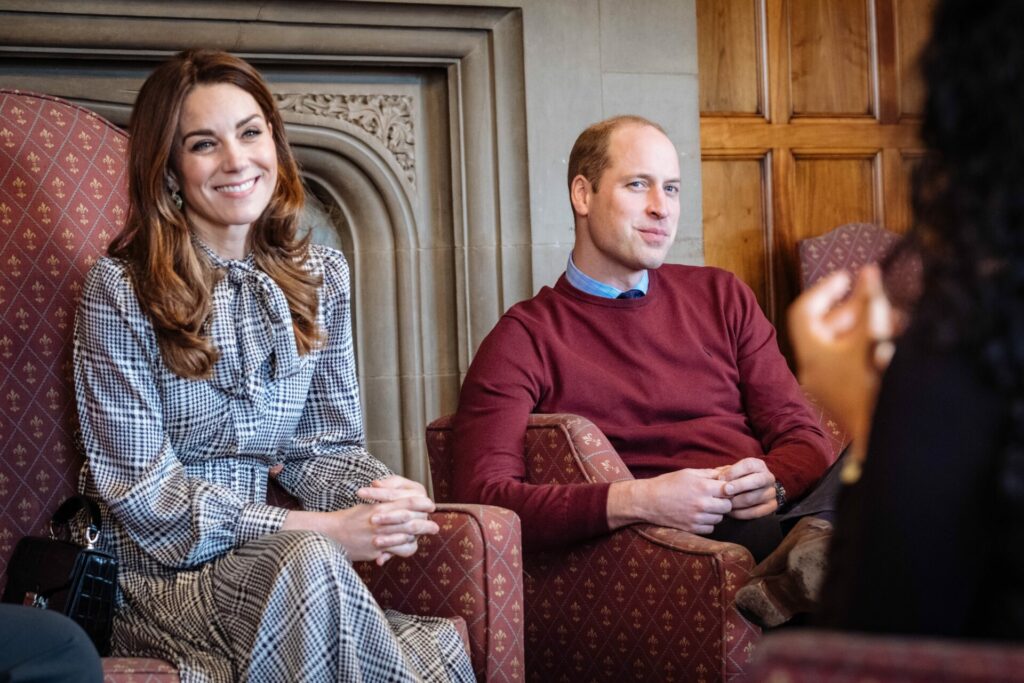