12 Things Meghan Markle and Kate Middleton Have in Common

With the release of the new book Finding Freedom by Omid Scobie and Carolyn Durand, there is a fresh look at the dynamics of the monarchy and some of the relationships between royal family members. And even though the Duchess of Sussex and the Duchess of Cambridge were often pitted against one another in the media and considered by some to be ‘royal rivals’ — with experts claiming the women had little in common and were very different people — the two actually have many more similarities than differences.

Here are 12 Things Meghan Markle and Kate Middleton Have in Common:

Kate and Meghan started out life outside of the aristocratic circle. Though Kate’s parents were successful entrepreneurs and Meghan’s father worked in film and television, neither were born into high society.

The Duchess of Sussex and the Duchess of Cambridge each married one of Diana’s sons and this alone would foster a friendship as they were two of the only people in the world with this shared experience.

3. Both Had a Firstborn Son

Just like Princess Diana, both Meghan and Kate’s first child was a boy. In her early thirties Kate gave birth to Prince George while Meghan had son Archie at age 38.

4. Both Love Sports and Fitness

Meghan is a devoted yogi and runner while Kate regularly takes power walks around Kensington Palace and also loves rowing, pilates and swimming. Both women are super fans of tennis — Meghan attended Wimbledon before meeting Harry and Kate is patron of the All England Lawn Tennis and Croquet Club and has taken tennis lessons. Meghan has also been spotted at baseball and hockey games while Kate loves to attend soccer matches with her family.

From a shared love of lesser known brands like ME+EM (Kate owns a Breton striped top while Meghan has a boucle jacket from the line) to a love of Massimo Dutti, Sentaler and Smythe, Meghan and Kate have many overlapping designer favorites and beloved brands.

The Duke and Duchess of Sussex reportedly planted a garden at their Frogmore home to grow fresh herbs and organic vegetables. And while the Sussexes are passionate about fresh food and horticulture–the Duchess of Cambridge is equally devoted to plants and even designed her own fantasy garden for the Chelsea Flower Show. 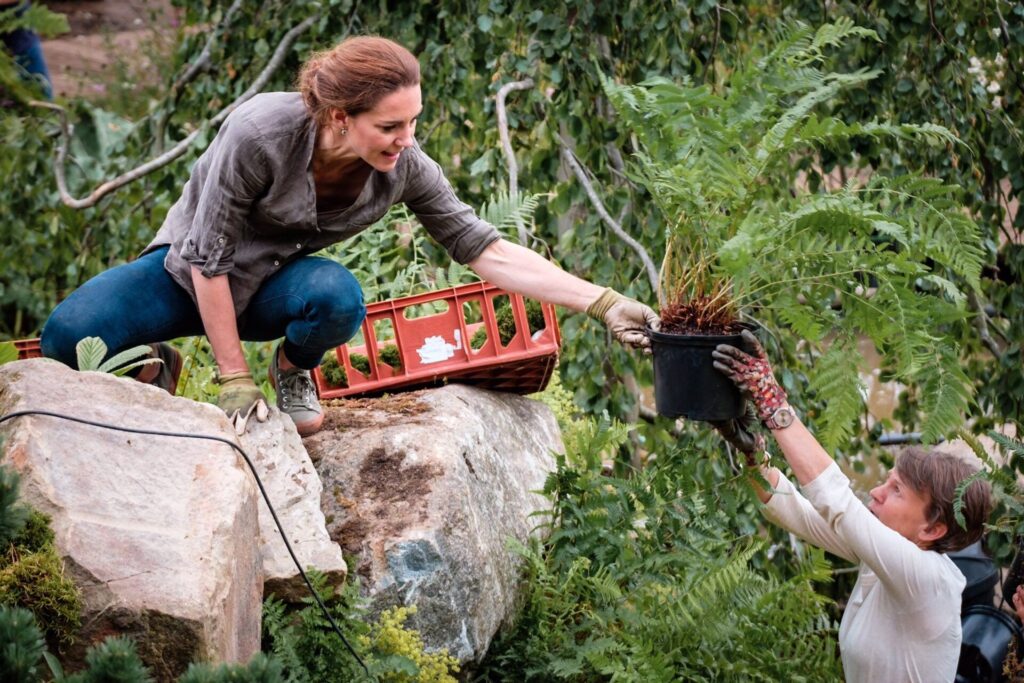 7. Both Attended Private School Growing Up

8. Both Women Love their Dogs

Meghan is a huge animal lover and proudly showed off her pups Bogart and Guy on her old Instagram page. Kate loves the Cambridge mascot Lupo who was even featured in family portraits. 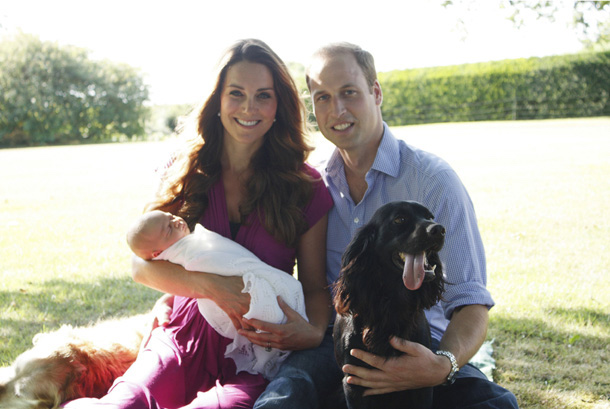 9. Both Have a Sister and Brother

The Duchess of Cambridge has two younger siblings–Pippa Matthews and James Middleton. Meghan also has two half siblings–Samantha Grant and Thomas Markle Jr.

Meghan started her blog The Tig partially because of her love of travel. Kate and William also covet the chance to have adventures around the world.

12. Both are Passionate Volunteers

Before even marrying into the royal family, Kate pursued many volunteer projects and spent time in Chile before starting university, helping with environmental programs and a community project for disadvantaged children. Meghan was an activist and humanitarian prior to marriage and worked with World Vision and One Young World.