The Duchess of Sussex is known for her collection of chic shoes. From sexy slingback stilettos to pointed bow pumps and lace-up heels, the duchess has a spectacular collection of footwear even by royal standards. But while Meghan does make appearances in her fabulous footwear, at home, she’s dedicated to comfy classics like Reebok sneakers and Adidas kicks.

While in an Empire State of Mind, the stylish Sussex matriarch was captured leaving her hotel wearing Adidas Ultraboost sneakers. Perfect for moms to be or any athleisure look, the running shoes provide a supportive fit with optimal energy return. 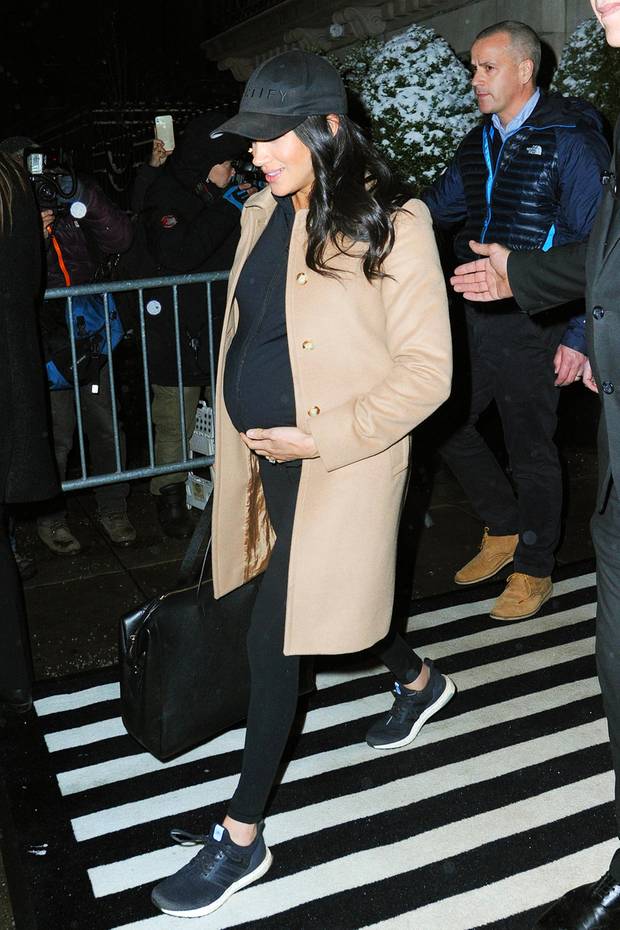 Meghan wore the Converse Jack Purcell sneakers while on set during her days on Suits in 2016. In a special featured on her lifestyle blog The Tig, Meghan declared they were her “go-to” for comfortable footwear in a special feature called “In My Shoes.”

For a photoshoot in 2016, the then actress wore a pair of Tods Metallic Fringed Sneakers with a menswear inspired ensemble in a cafe setting. The silver footwear added a bit of interest to the look which worked perfectly with the upscale urban vibe. 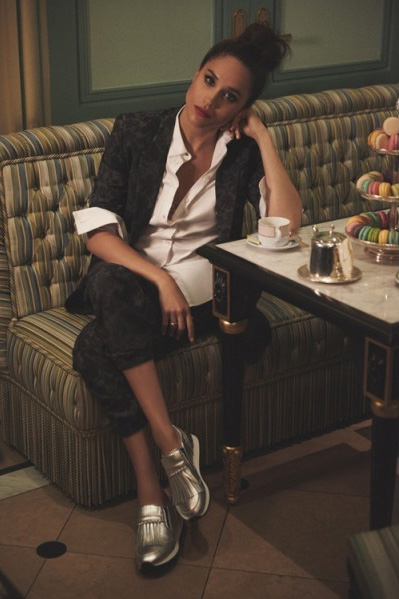 In Sydney with husband Prince Harry, Meghan looked ready for sailing the high seas in a pair of V-10 Veja sneakers. The Parisian footwear brand is coveted by celebrities like Reese Witherspoon who appreciate the brand’s focus on eco-friendly materials and sustainability. 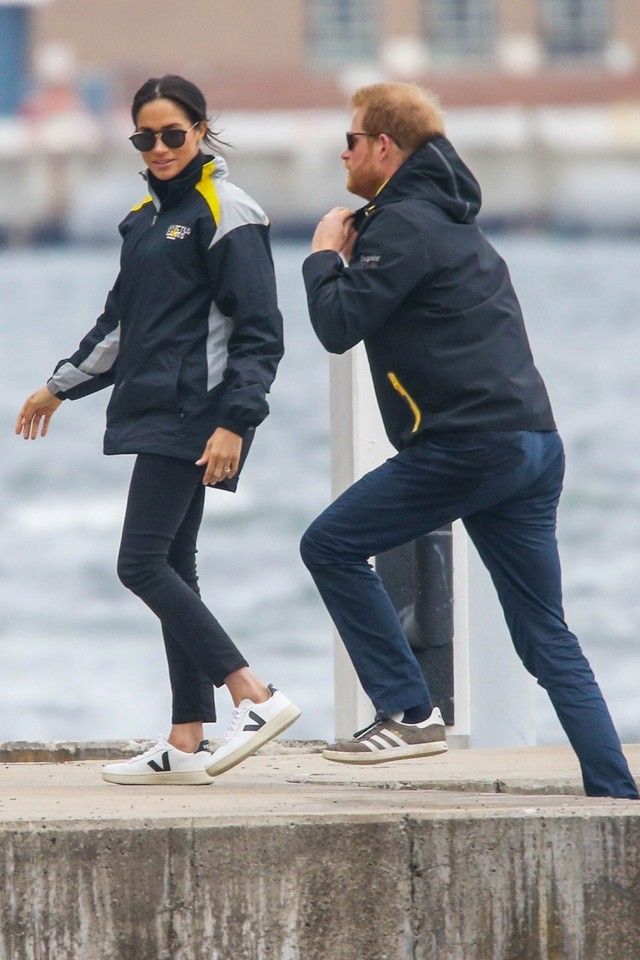 Meghan wore the Spring Court Off White G2 Heavy Twill Plimsolls for an apothecary outing with Prince Harry. The shoe is constructed with heavy twill cotton with distinctive four ventilation holes on the midsole. 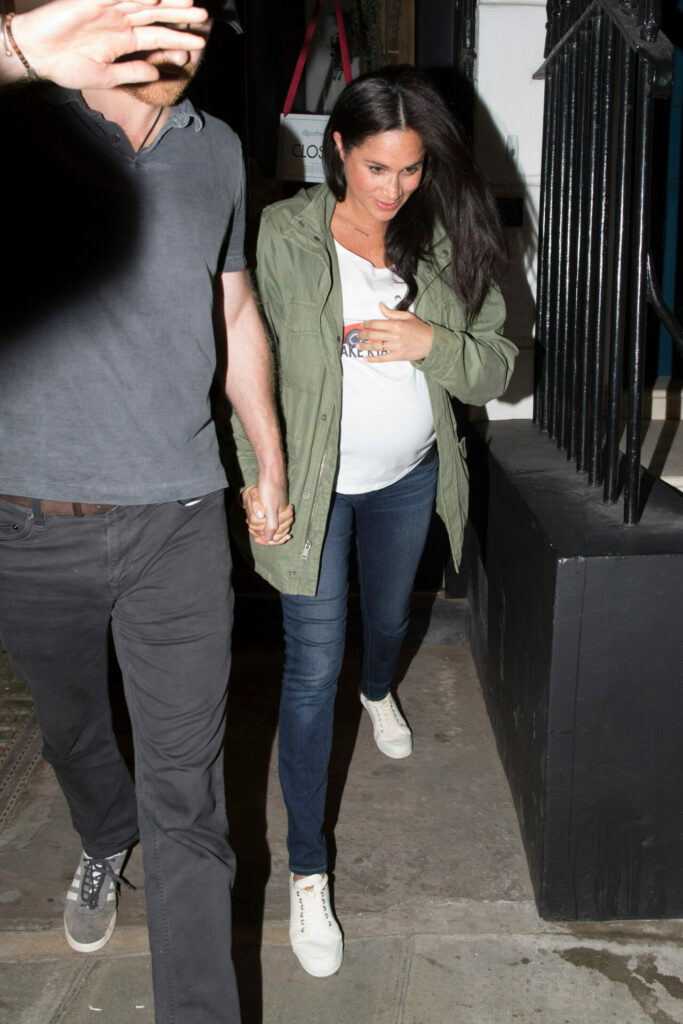 Meghan looked like a seasoned traveler in her classic Adidas Stan Smith sneakers after a getaway to see then boyfriend Prince Harry. While filming her TV show, Meghan was frequently captured wearing the iconic ‘fairway’ sneaks on set in Toronto. 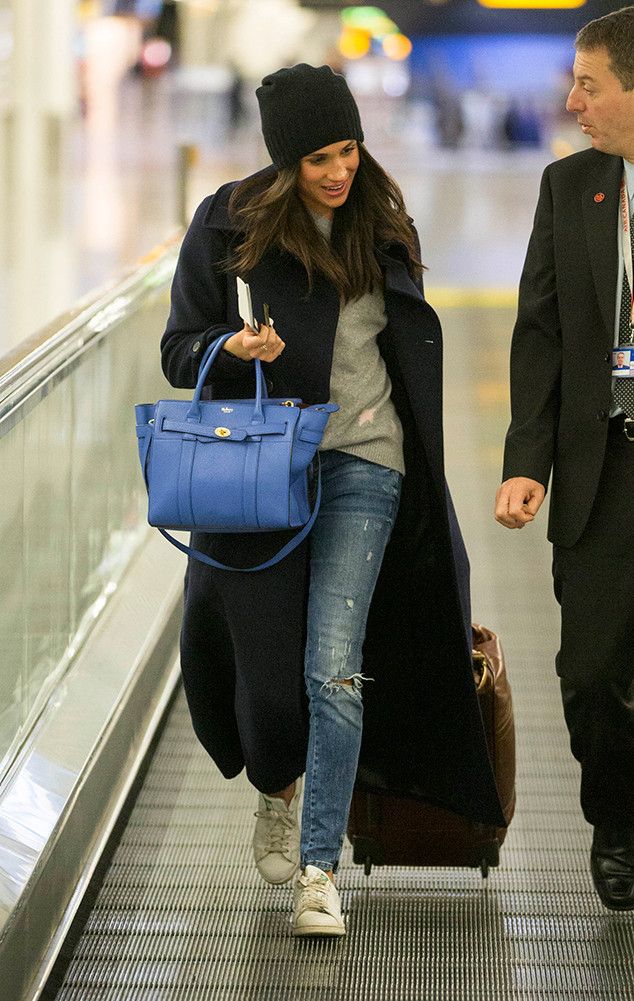 While in New Zealand, Meghan showed off her affinity for casual dressing with a laidback travel look including a pair of Stella McCartney X Adidas sneakers. The royal wore the blue and bordeaux striped sneakers while heading to the airport and later visiting Abel Tasman National Park. 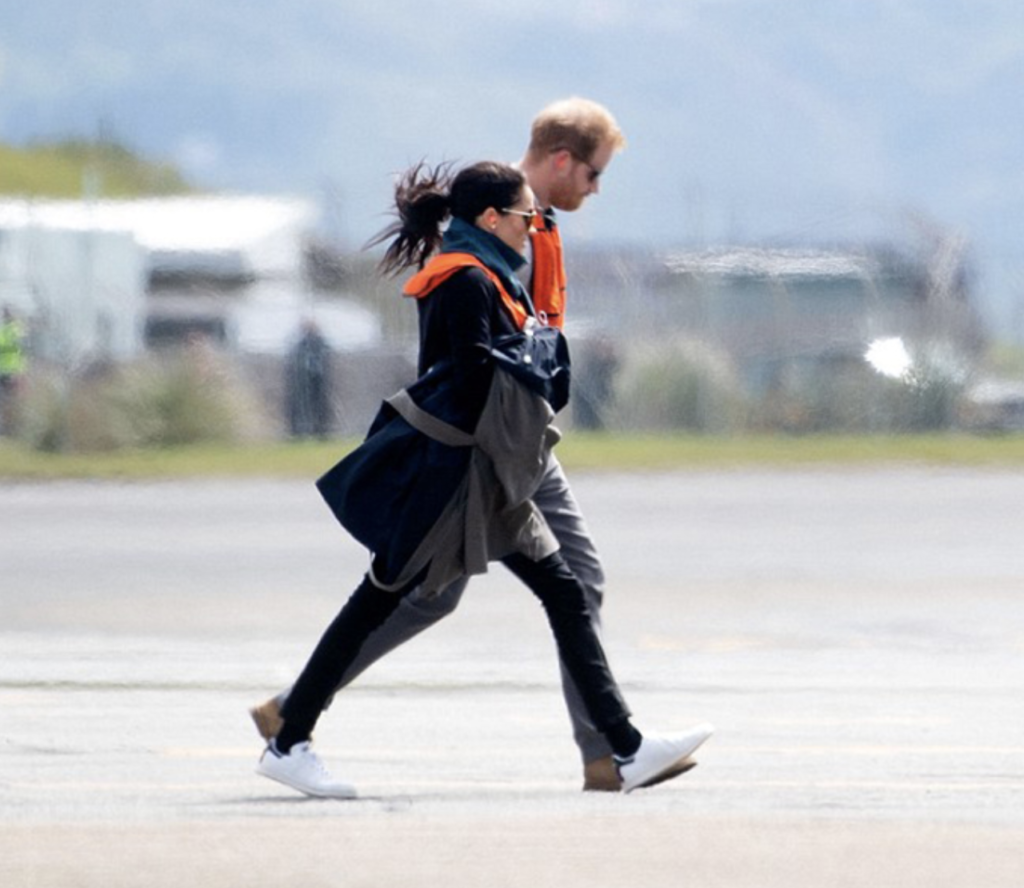 Prior to meeting a prince, Meghan wore a pair of Air Max 1 Ultra Moire sneakers in an October 2015 Instagram post she captioned “Racing around between shoots.”  The dedicated runner and yogi posted a picture of the footwear again in February 2016 when sharing a homemade chia seed pudding recipe with her Instagram followers. 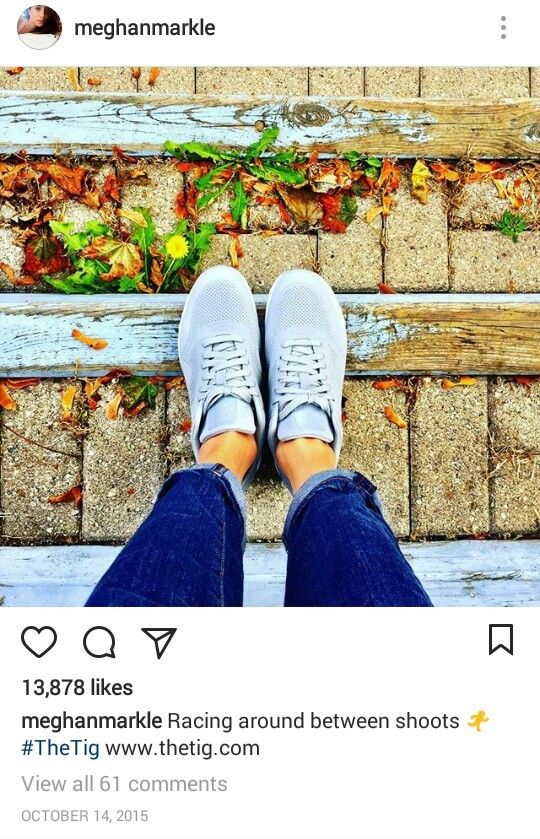 Meghan wore Reebok Classic Nylon Sneakers on a charity trip to India. She was spotted wearing the light grey suede padded EVA foam shoes in the airport as well. 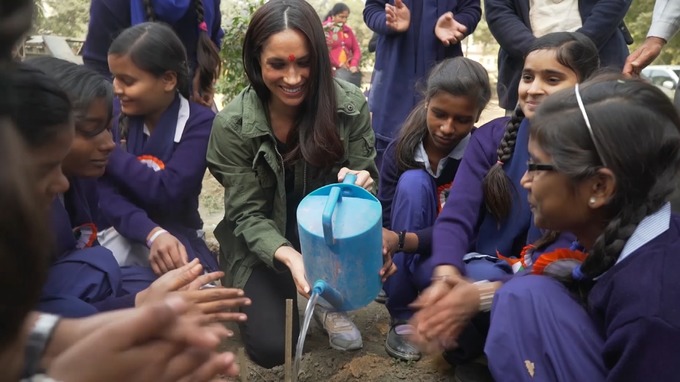