Duchess of Cambridge Makes First Appearance of 2020 in Feathered Fedora

Just ahead of her 38th birthday, the Duchess of Cambridge joined the royal family as well as the Middletons for Sunday church service. Kate and William were joined by Carole and Michael Middleton who recently returned from vacation in St. Bart’s for the post-holiday gathering. The couple were photographed without their children as they walked to St. Mary Magdalene church which is near the Queen’s Sandringham estate. When they’re not at Buckingham Palace, the Cambridges often spend their time at their Norfolk country estate where Sandringham Village is located.

For the outing, Kate is believed to have worn a coat from Roksanda called the Denton. 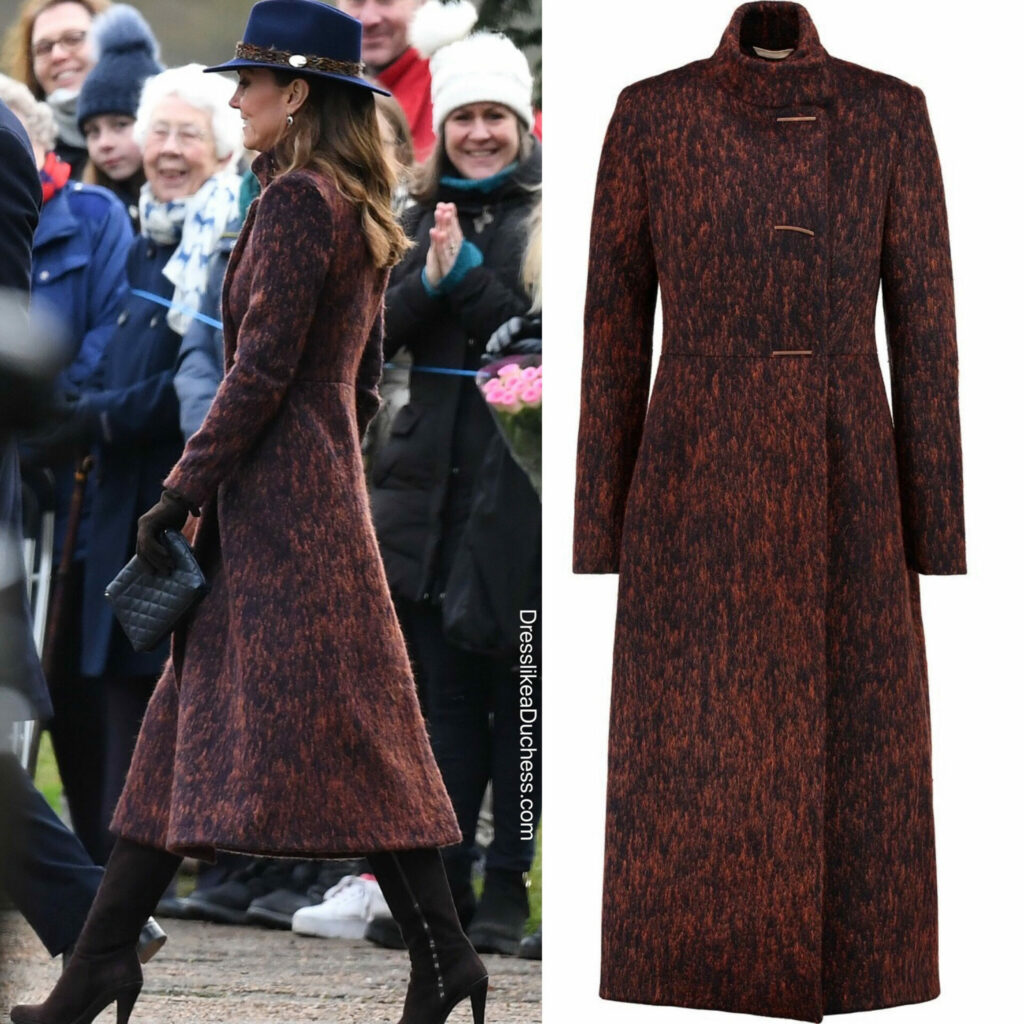 Another look at Kate’s wool-blend coat in brown. 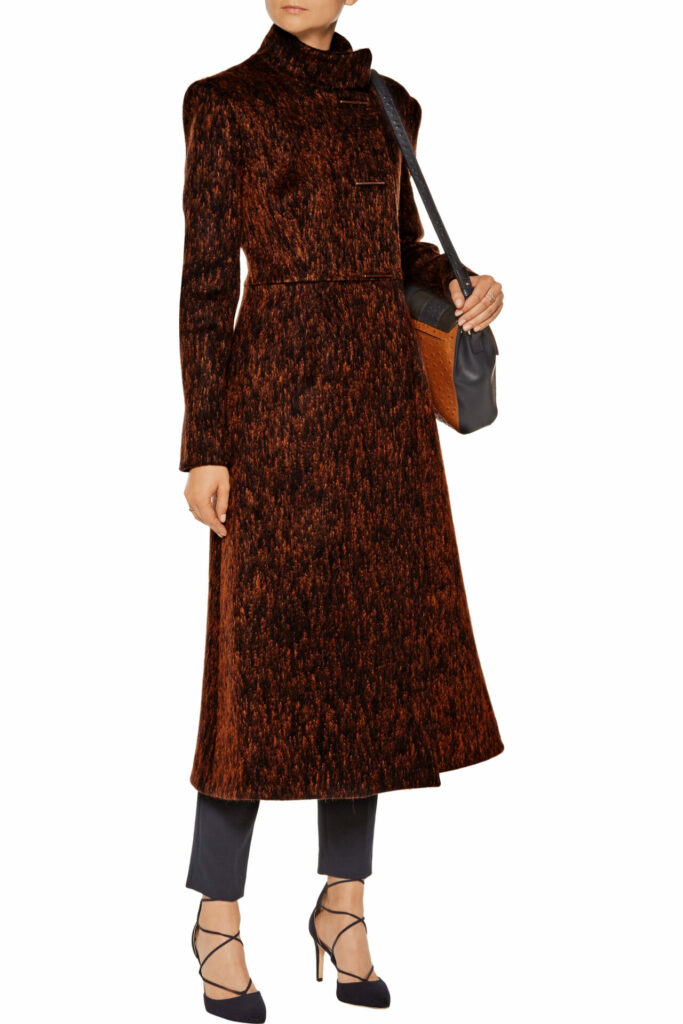 which she is thought to have paired with her Stuart Weitzman ‘Zipkin’ cola brown boots. Kate has previously worn the knee-high platform boots as far back as 2011 and most recently for a racing festival in March 2013.

In addition, Kate opted for an old favorite: a quilted navy clutch from Jaeger. The mom of three has carried the clutch as far back as June 2012 and most recently in January 2018. She also carried the bag dubbed the ‘Kate’ for the Men’s Quarter finals at Wimbledon in July 2012. 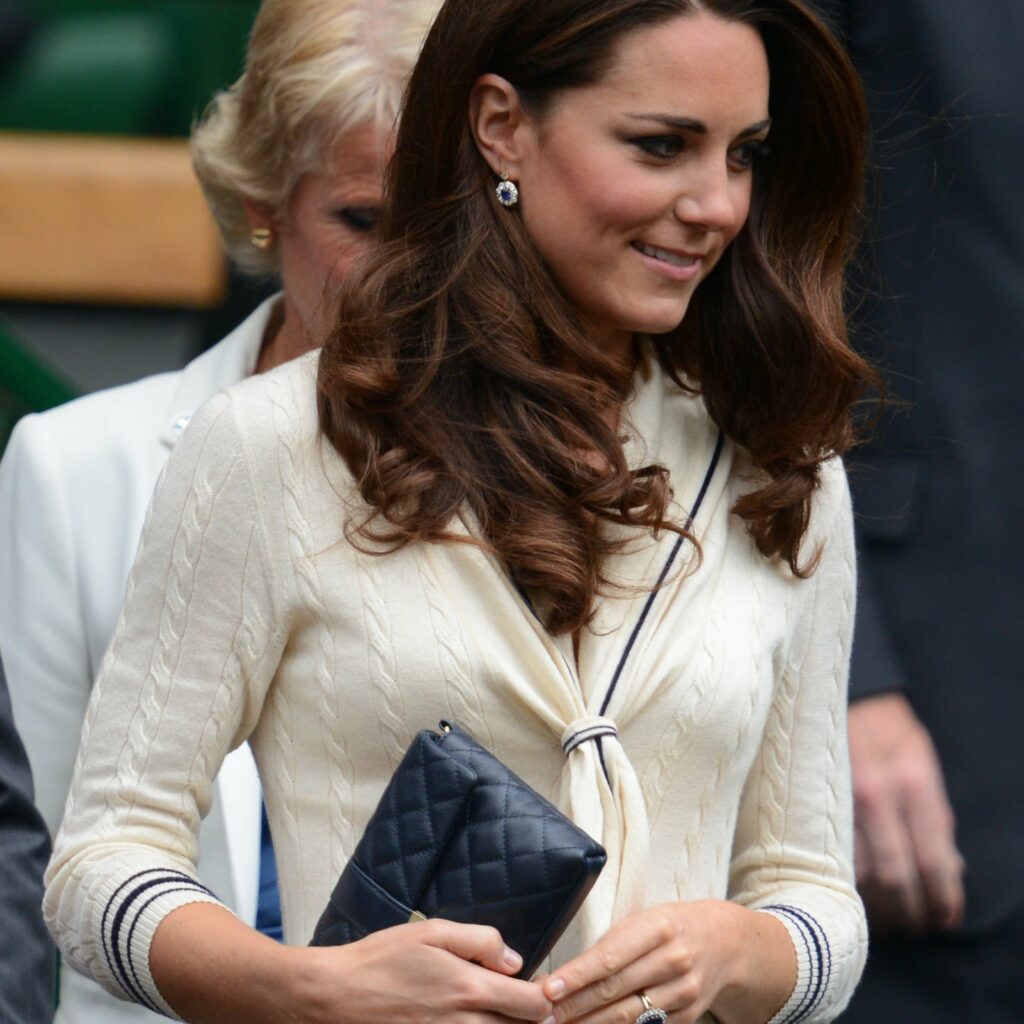 To coordinate with her dark blue clutch, the future Queen consort wore a blue fedora by Hicks & Brown called the Suffolk Fedora. The felt wool fedora is hand finished with a pheasant feather wrap. 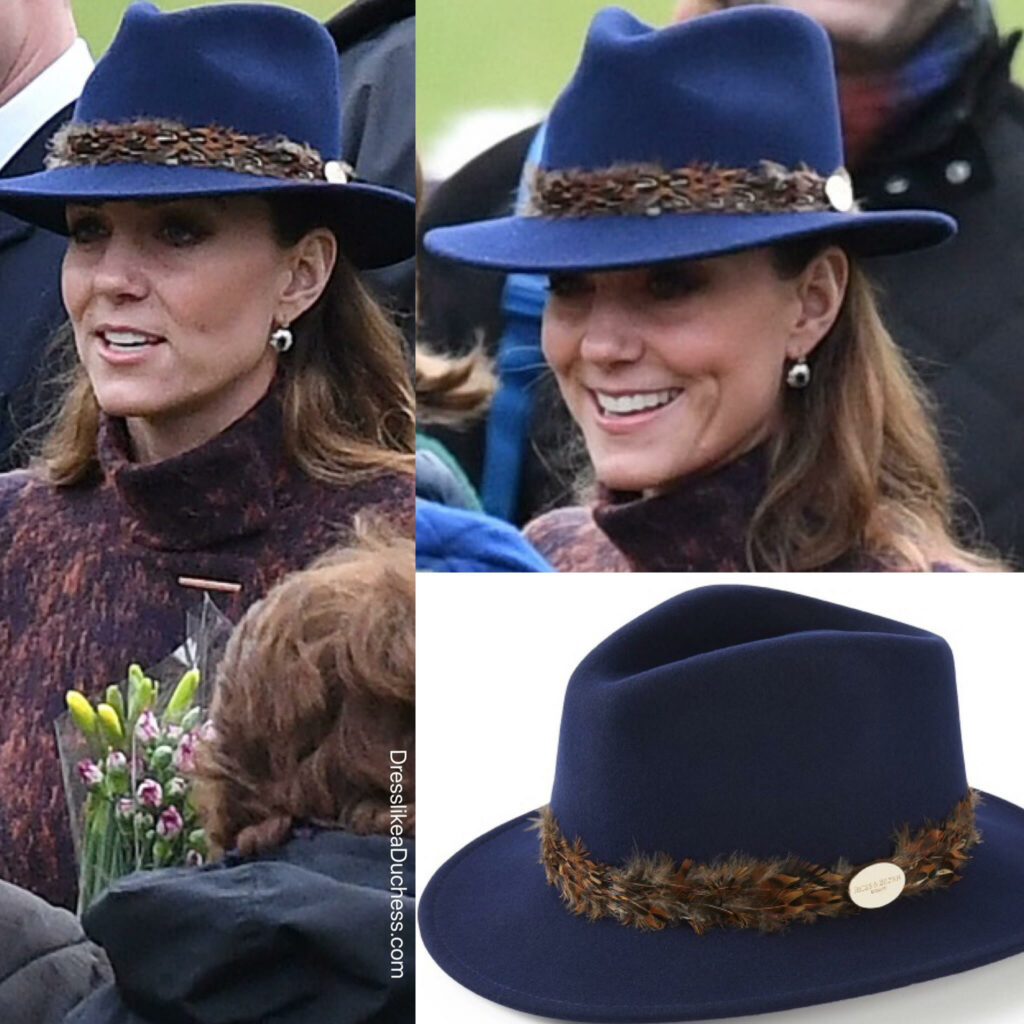 Kate completed the look with Sapphire and Diamond Oval Drop ‘Diana’ earrings which were a gift from Prince William in 2011. 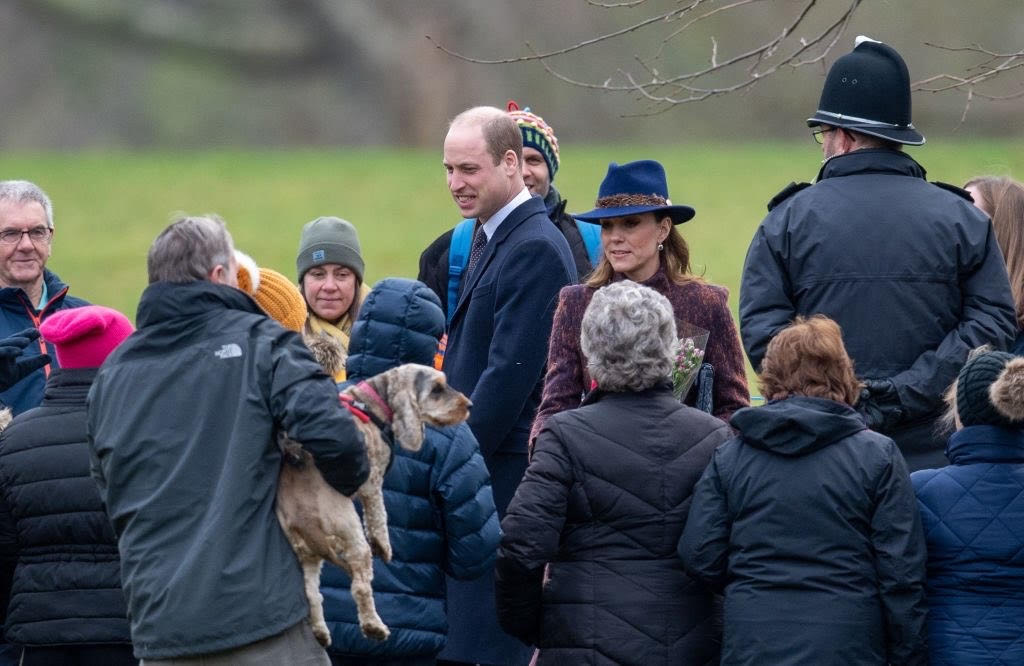