As a new California resident, the Duchess of Sussex will likely need a closet full of casual basics including t-shirts, jeans and moto jackets. The mom of one may return to her existing leather jacket collection for extra coverage over dresses and tees. As she and Prince Harry settle into their new surroundings, Meghan will want to break out a bevy of biker styles.

For a magazine photo shoot in 2016, the future royal wore a crewneck jersey jacket with three front zip pockets and two snap buttons. A laser cut bag from Tod’s sat beside the brunette TV star during her fashion forward photo session. 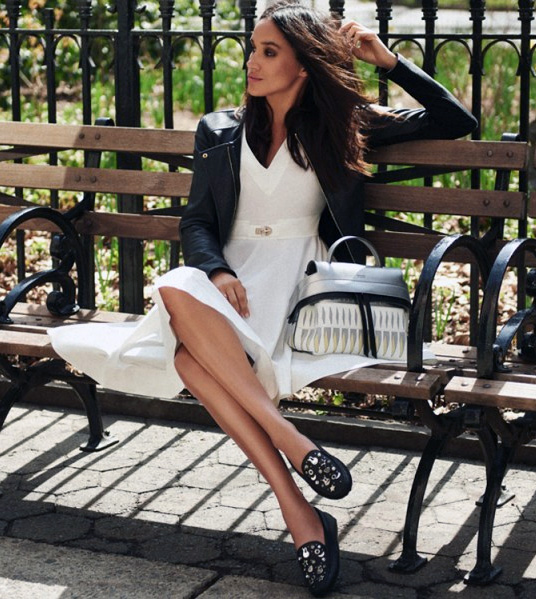 For a spa and shopping trip while in London just before the holidays in 2017, the duchess wore a gray jacket with removable sleeves. The Franklin is a versatile coat  which also converts to a vest for a quick day to night option.

At the Invictus Games with then boyfriend Prince Harry, Meghan opted for a burgundy leather jacket over a Wilfred Pleated Midi Dress. She finished the look with a chic velvet clutch and a delicate thumb ring. 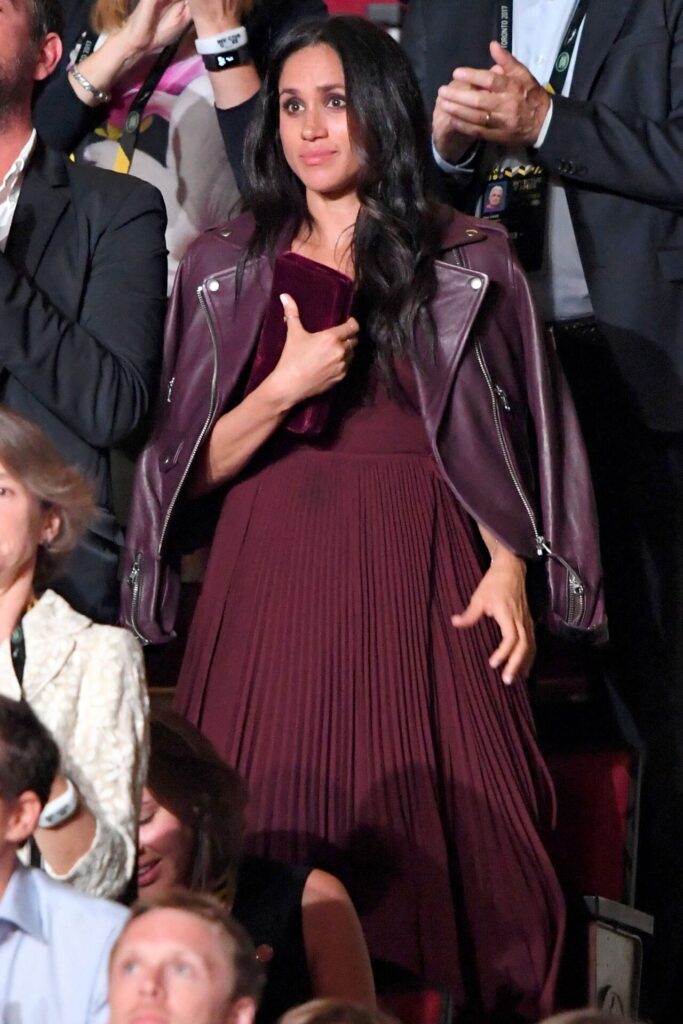 In a white bandage Herve dress and biker chick jacket at a fashion event in 2014, Meghan was the epitome of an up and coming breakout star and fashion mogul rising. The Suits star rocked a studded jacket and python heels by Christian Louboutin. 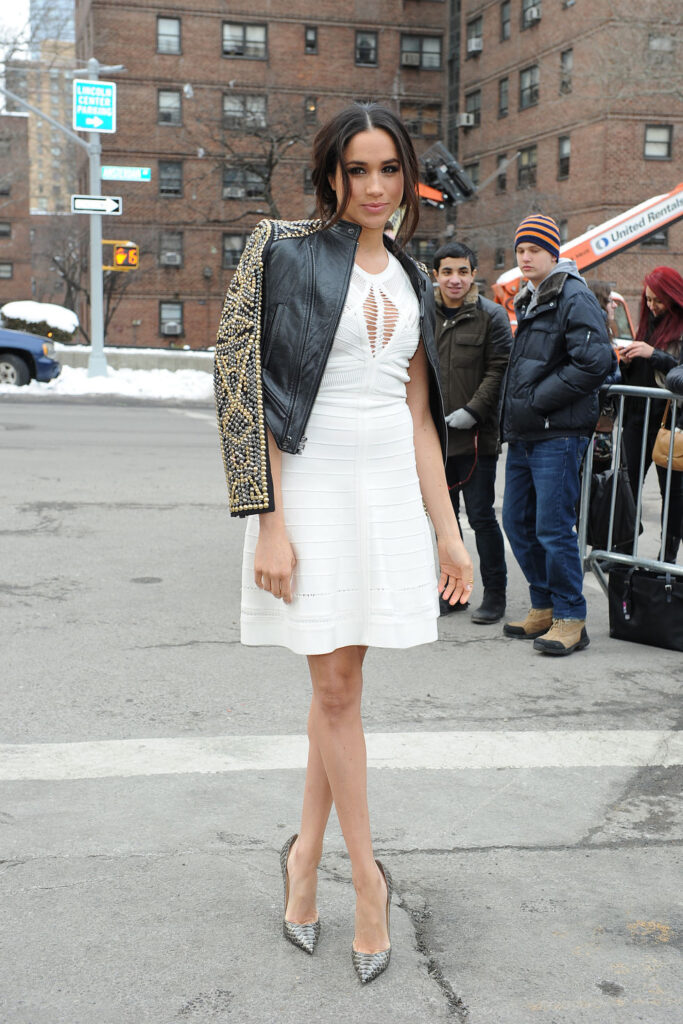 Looking every inch the glam Hollywood ‘It’ girl, Meghan wore an all white Mackage ensemble to a Fashion Week event in Toronto in 2015. 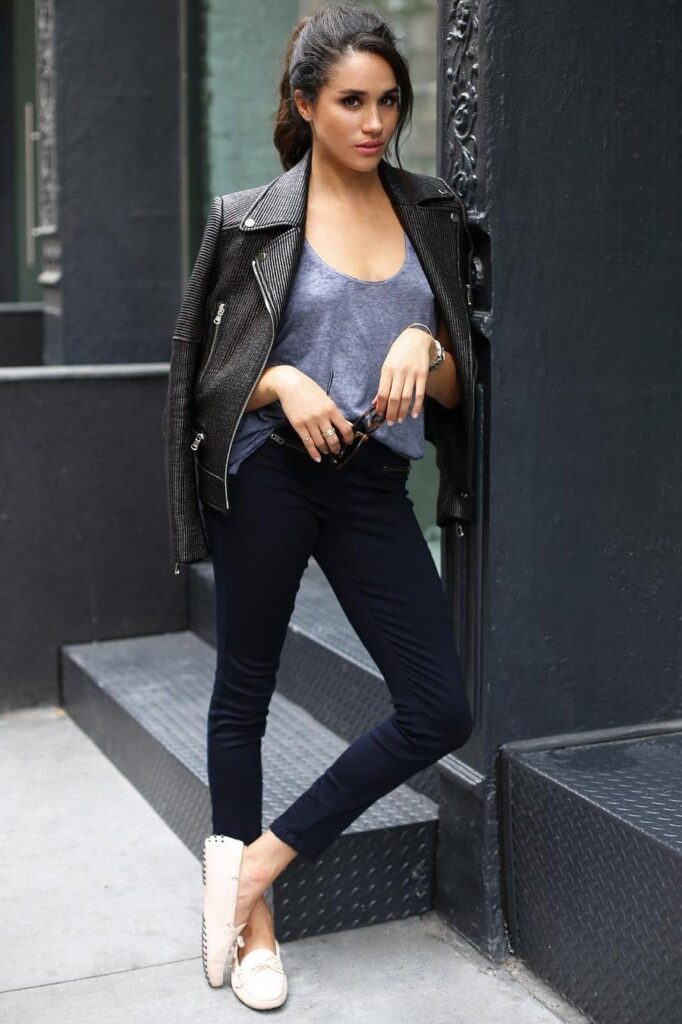 For an event at Sephora in Toronto in 2016, the future Mrs. Prince Harry wore this black leather jacket with a copper zipper and buttons. The Sussex matriarch also wore the budget-friendly leather number for a few Instagram selfies in early 2014. 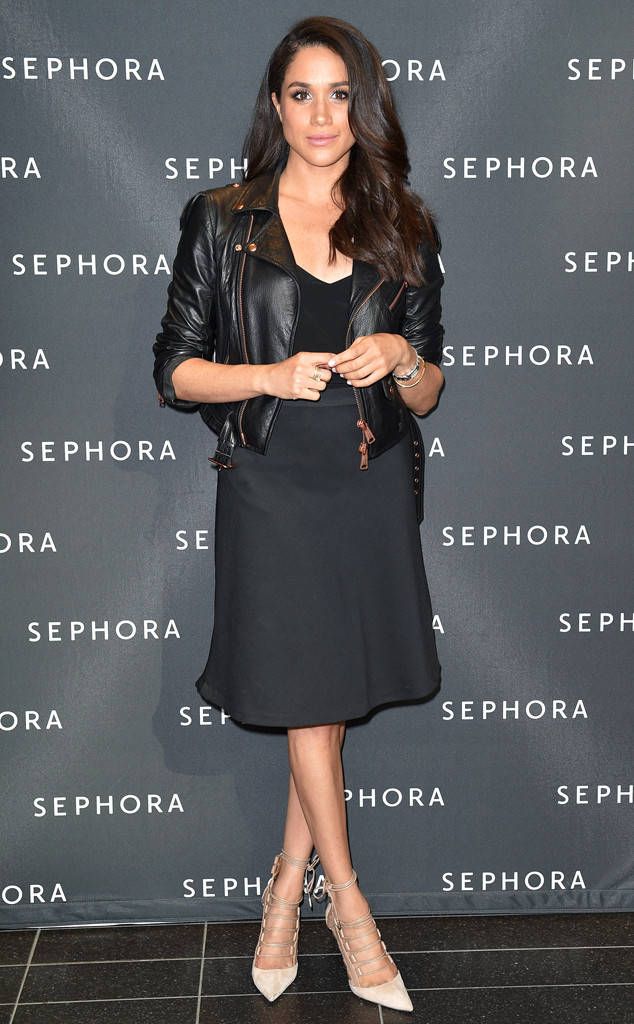