The Duke and Duchess of Sussex shared their first official portrait since stepping back as Senior Royals in a black and white photo by Matt Sayes. Appearing relaxed and serene from their home in Montecito — the couple were outfitted in professional styles in the image captured to promote their new Time100 Talk hosting gig. 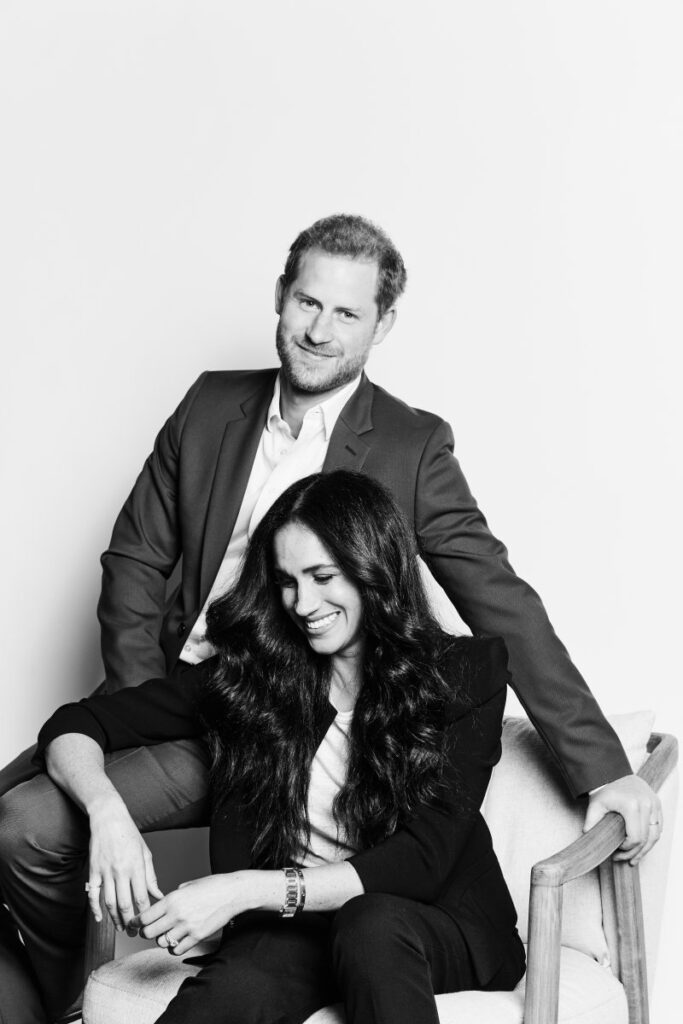 For the hosting assignment, the couple will moderate an episode on improving the digital world with a focus on creating more compassionate opportunities online. Entitled “Engineering a Better World” — the virtual episode will take place on October 20th. Meghan and Harry participated not only in developing the theme but also in selecting guests for the program. 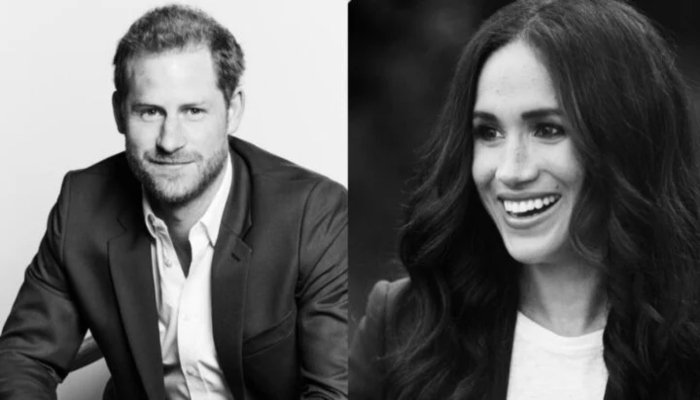 The duchess wore a pantsuit from Alexander McQueen while Prince Harry donned a jacket and oxford shirt sans tie. Meghan opted for a repeat suit jacket from her collection and reportedly wore her Grain de Poudre Wool Blazer from the British fashion house. 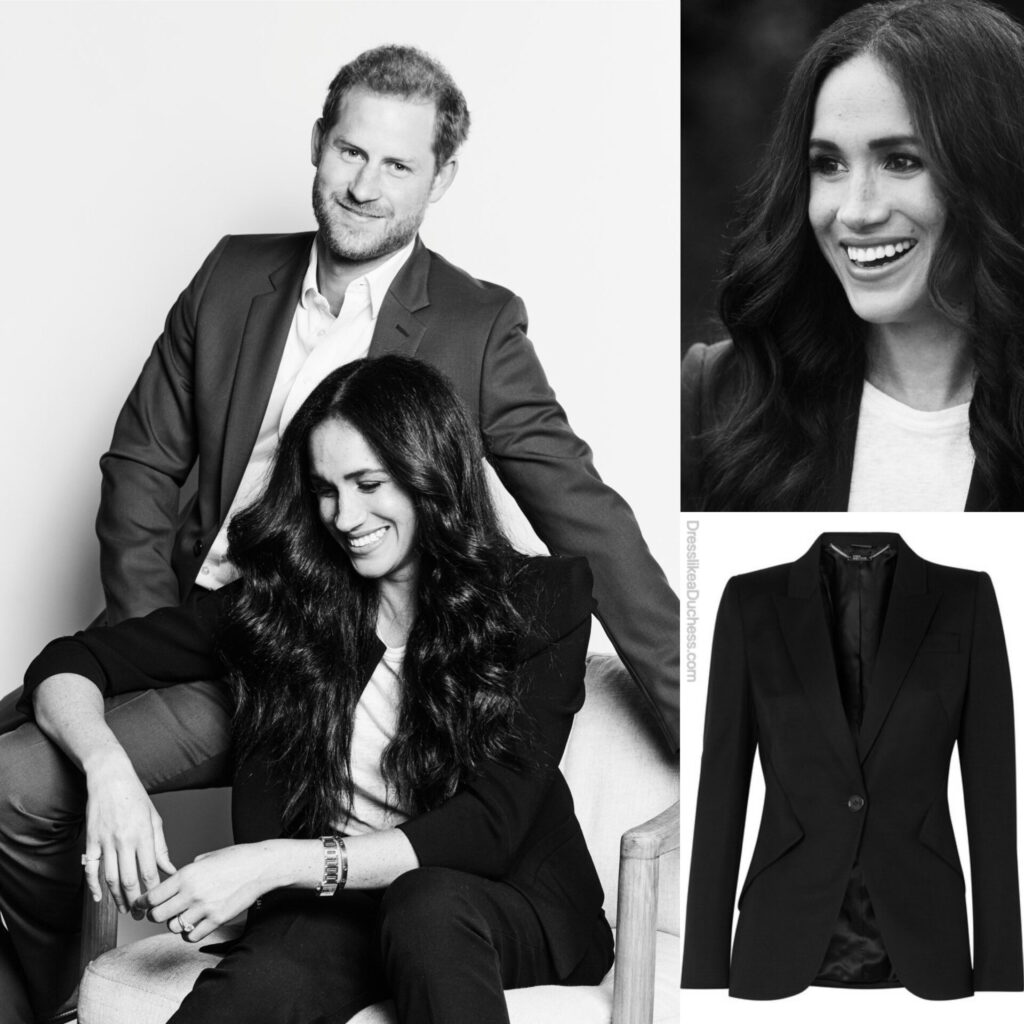 Meghan has appeared in similar photo shoots in the past. 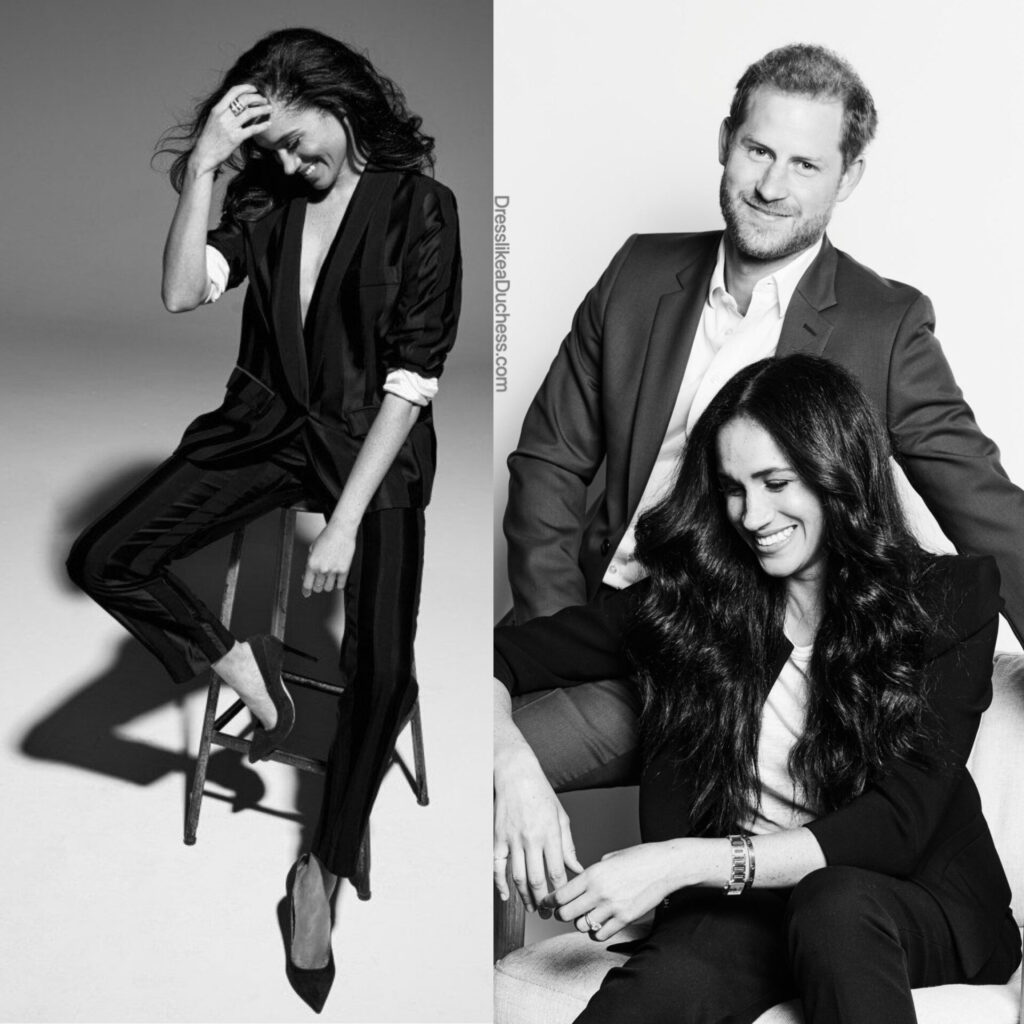 The duchess is also believed to have worn Princess Diana’s gold Cartier tank watch as well as her aquamarine ring on her pinky finger. Similar HERE 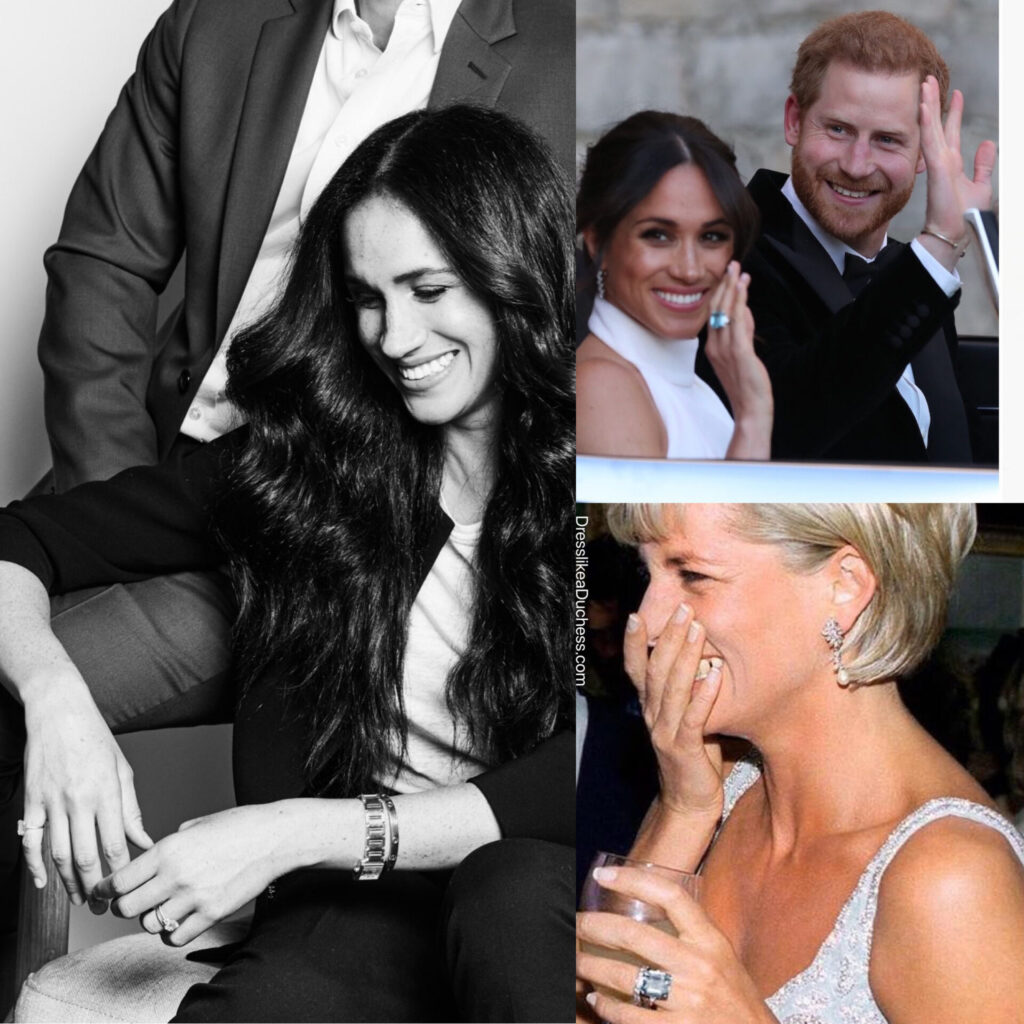