Dubbed a ‘Soap Oprah’ by the media — Prince Harry and Meghan Markle’s sit down with talk show titan Oprah Winfrey caused a media firestorm. Countless newspapers, TV panels and websites have discussed, analyzed and interpreted the minutiae of Meghan’s story. And while the palace has pushed back on some of the controversial claims made by Harry and Meghan — there is one part of the history making Q&A which was largely ignored during the broadcast but later became a star in its own right. The patio furniture! 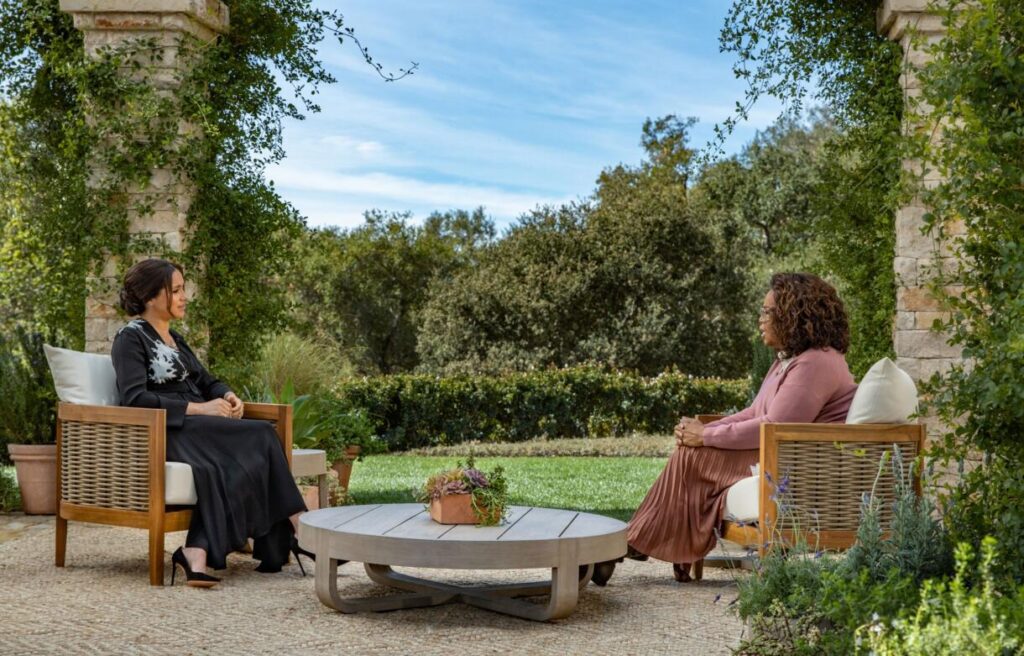 Indeed, the setting for the primetime special was a lush garden oasis which was the perfect backdrop for Meghan and Harry to share their deeply personal account of royal life. Clad in a black belted gown by Armani — the duchess discussed her trials and tribulations as a working member of the monarchy. For the candid tell-all, the royal couple sat in furniture from the Christopher Knight Home Collection. Due to demand, the company reached out to consumers on social media via Facebook with a post regarding the now forever famous garden set. “To our pleasant surprise, our wicker and acacia Burchett Outdoor Club Chairs were used for the Prince Harry and Meghan Markle interview with Oprah Winfrey. Currently, they are out of stock,” the company wrote in a Facebook post, but implored shoppers to continue to check retailers for a possible restock. 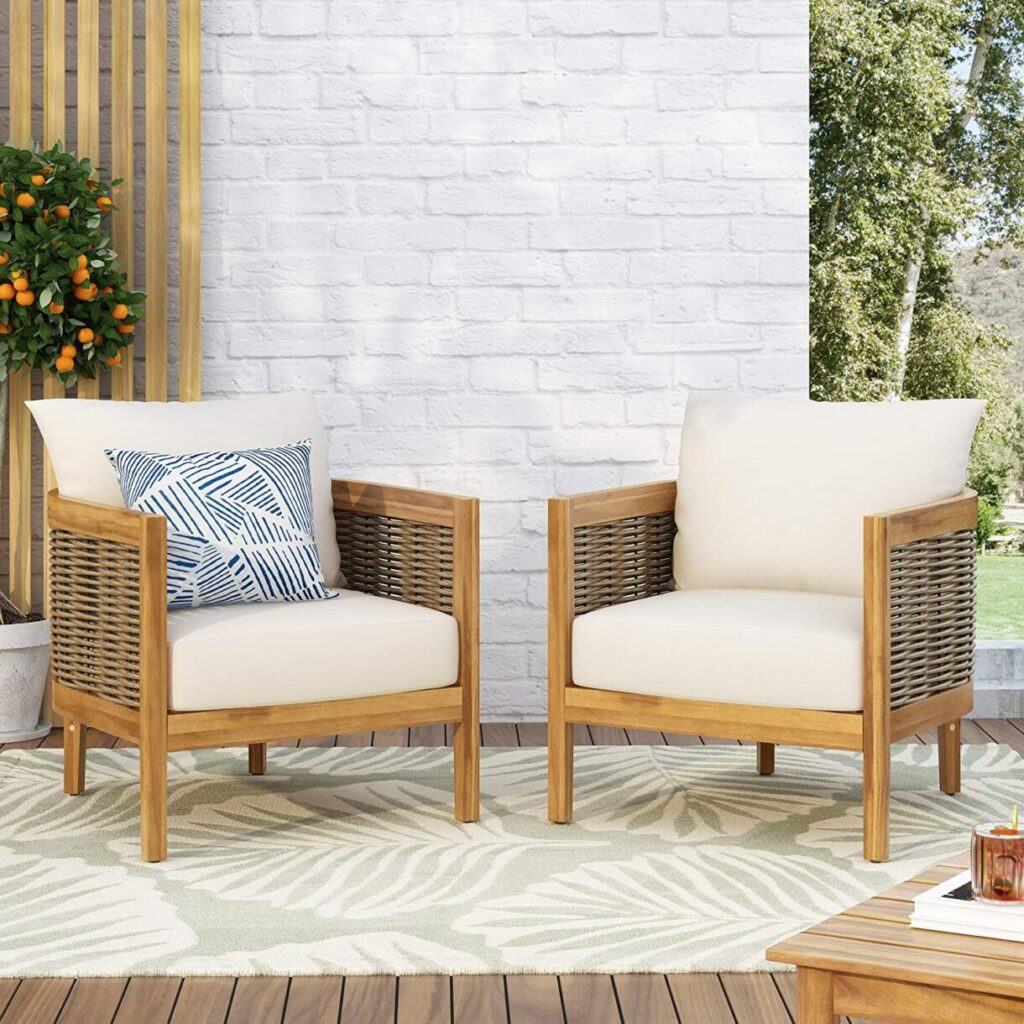 Eagle-eyed viewers also noticed a round Prado teak coffee table and side tables by Australian designer Anthony Spon-Smith in the Gayle King supplied garden. The coffee tables were manufactured exclusively for home furnishing retailer Restoration Hardware. The French modernist tables feature a geometric scale and are comprised of weathered teak. 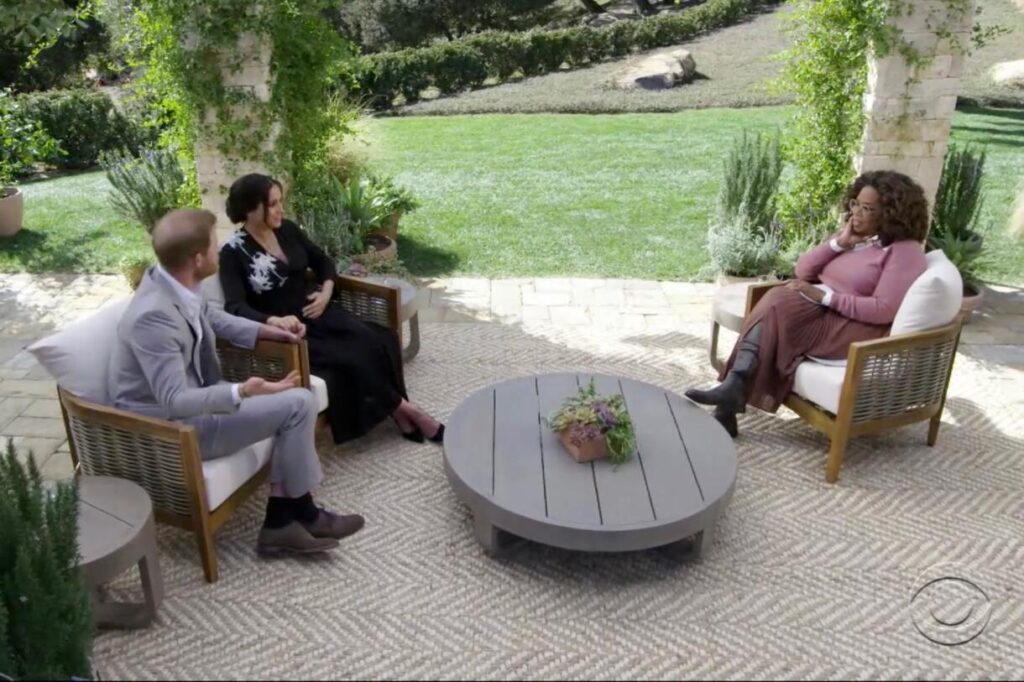 A similar set of acacia wood club chairs can be purchased from Walmart. 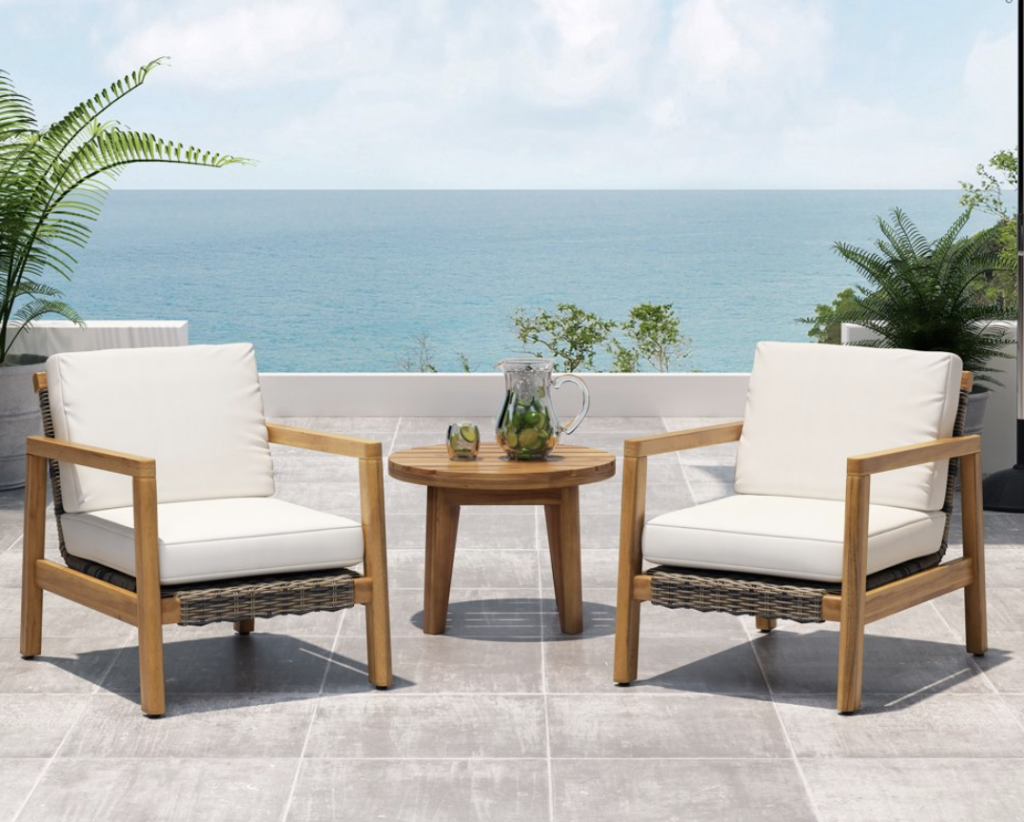