Meghan Markle in Embellished Armani Gown for Interview with Oprah

Meghan Markle appeared pensive in clips released as part of the promotional teaser for Oprah’s highly anticipated interview with the Sussexes which will appear on CBS next week. Meghan and Harry: A CBS Primetime Special will air on Sunday and promises to deliver many revelations from the couple about their working life as senior members of the royal family as well as candid discussion of their experiences and role within the framework of the monarchy.

The Q&A was reported to have taken place at a friend’s home — the couple sat with the famed talk show host outdoors in a lush backyard full of plants and flowers with many vines and bushes nearby. While Oprah as well as Harry and Meghan have homes in Montecito — Gayle King revealed the discussion took place elsewhere. Though Oprah’s 90 million estate and grounds including orchards and rose gardens appear similar to the garden setting in the sitdown. 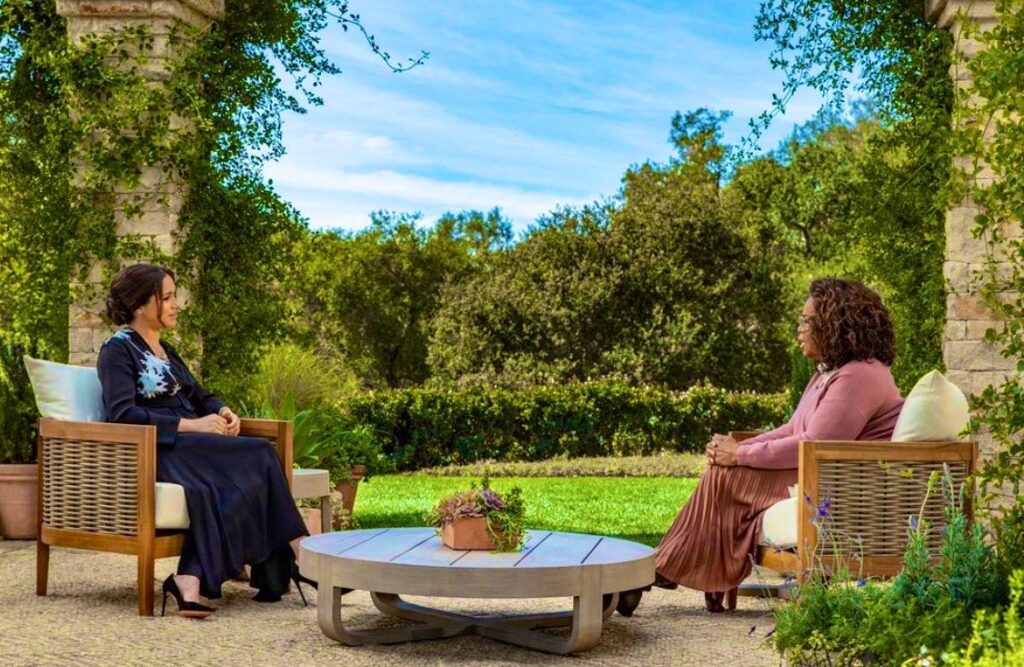 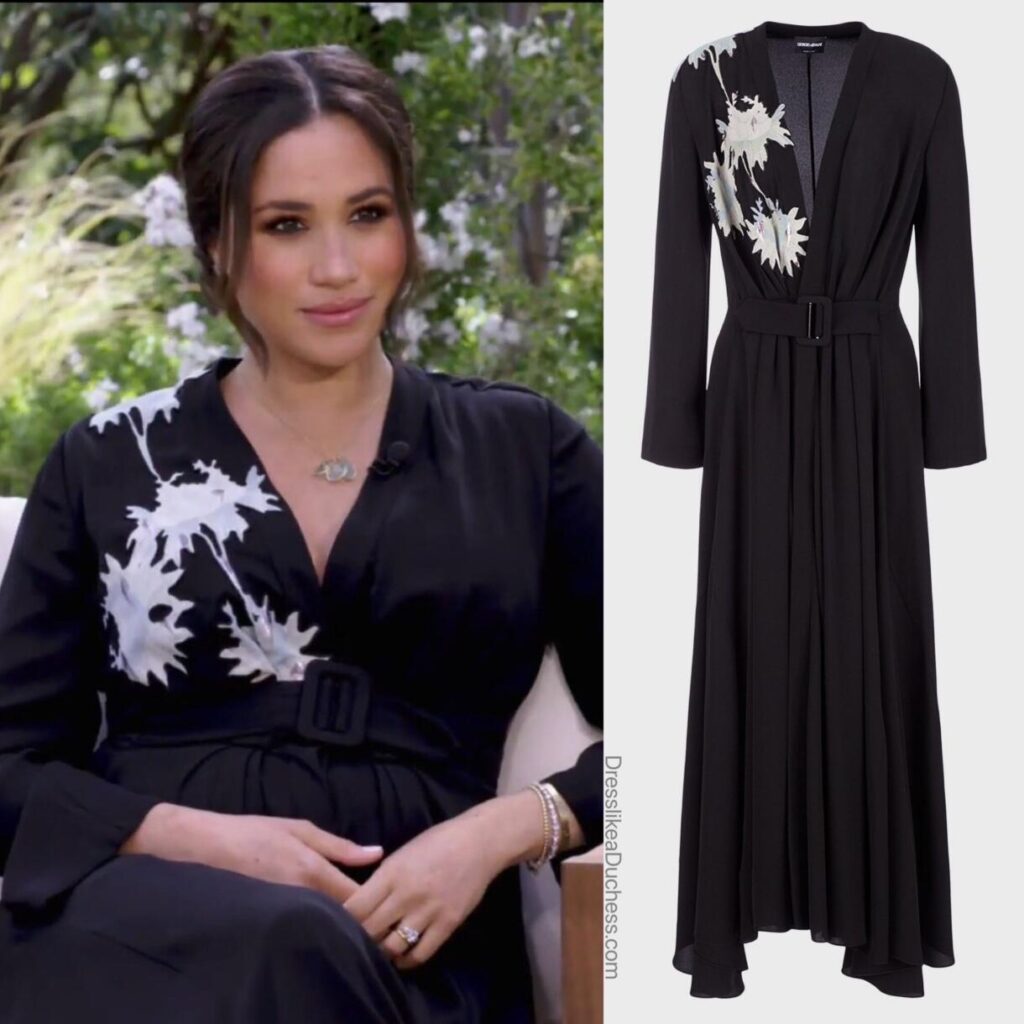 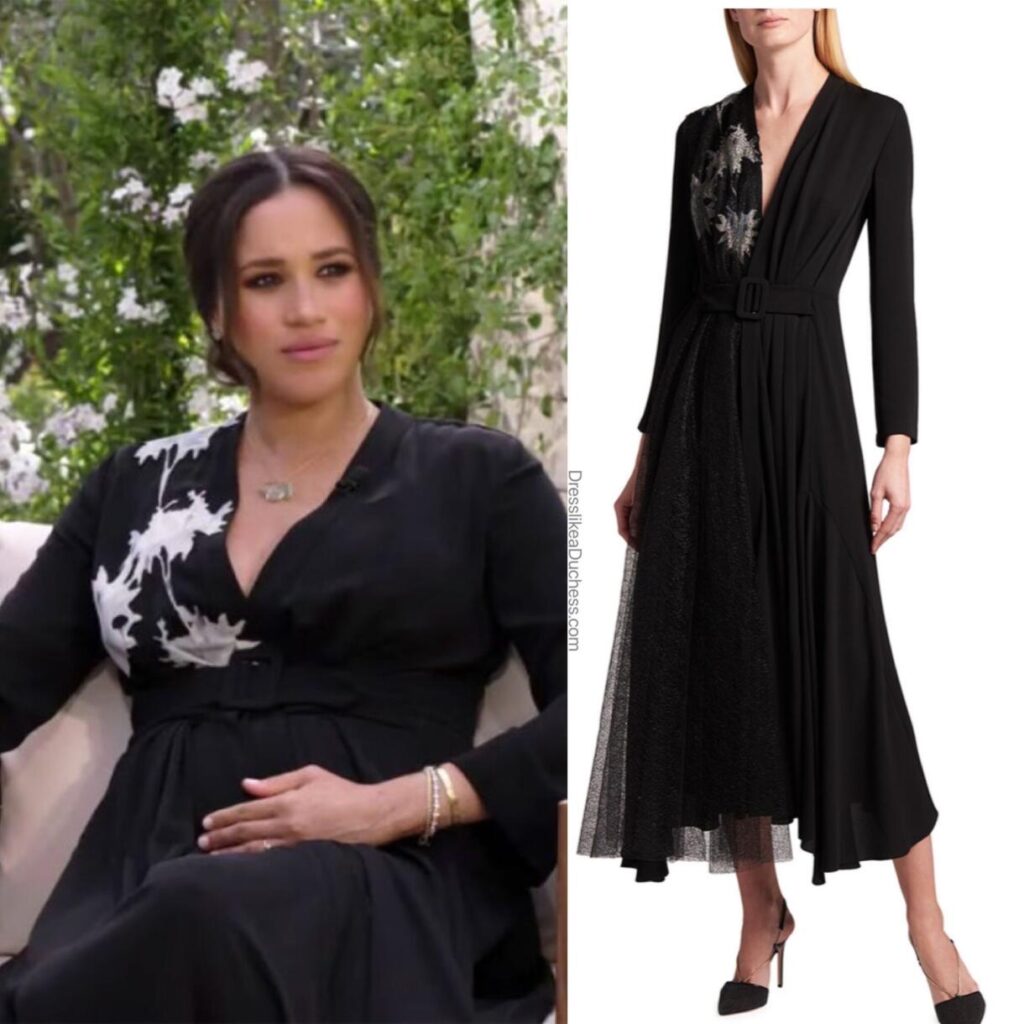 Another look at the front and back of the dress. 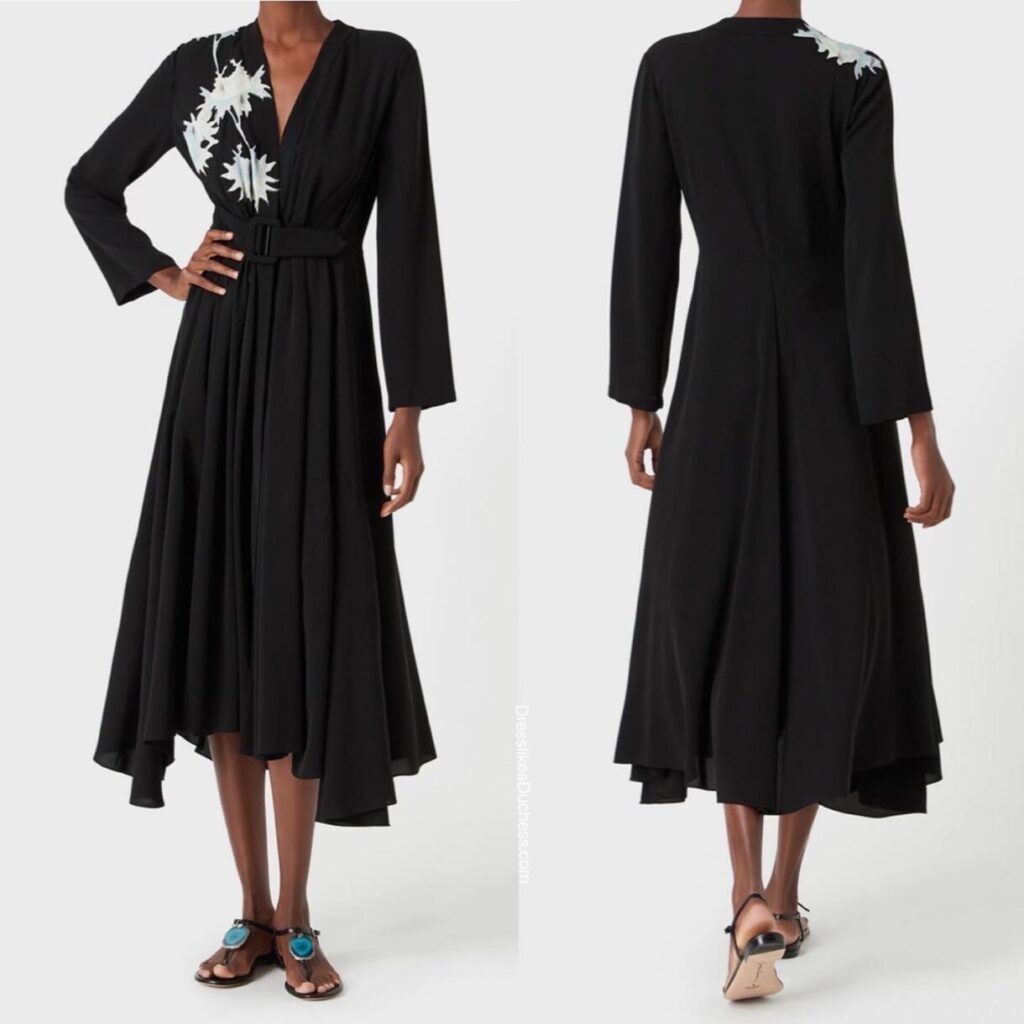 Meghan wore hair in her signature style with a loose chignon and face framing tendrils. 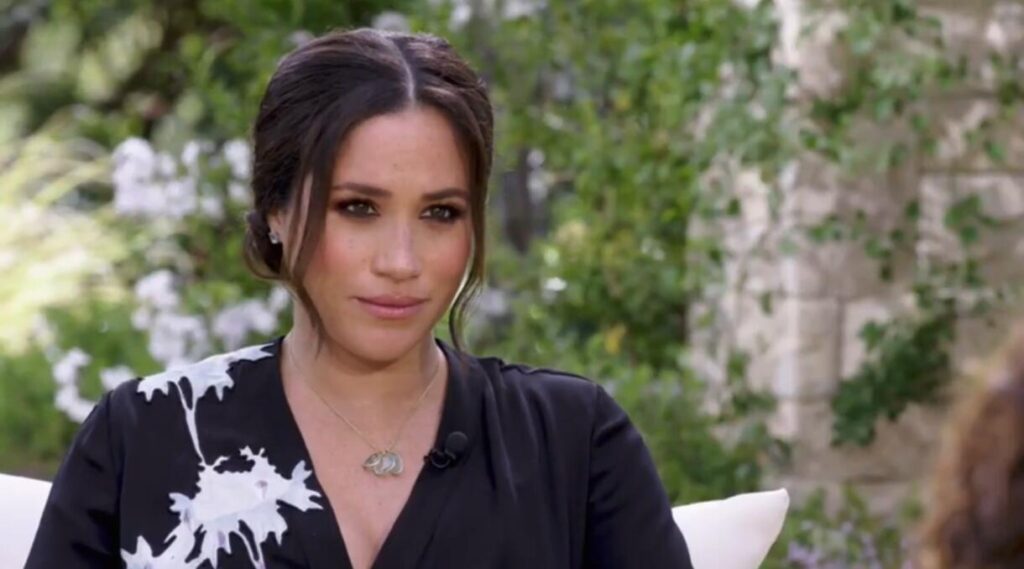 In addition, the expectant mom opted to accessorize with her favorite pale blue aquamarine pieces including her Pippa Small Collette Pendant necklace. A similar Pippa Small design is available HERE. A teardrop charm pendant from Nordstrom also resembles the $2000 piece. 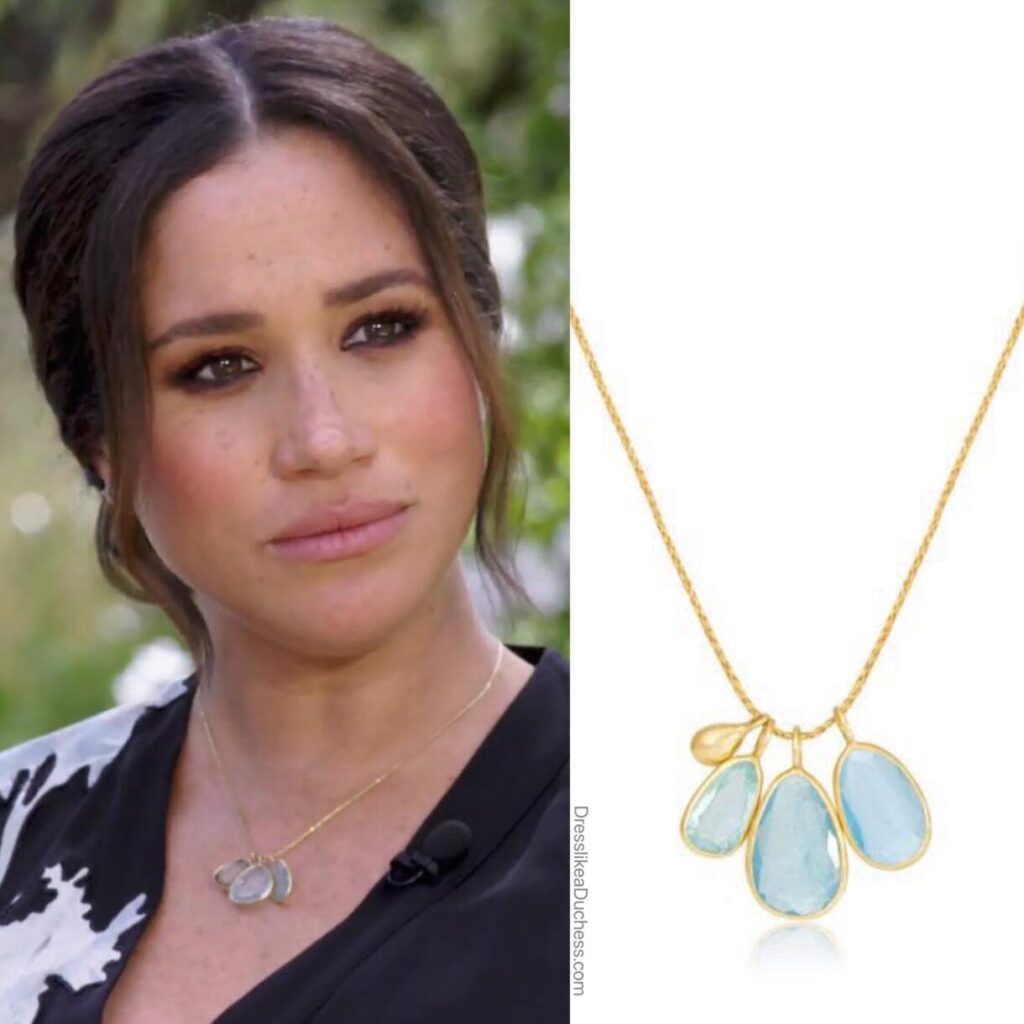 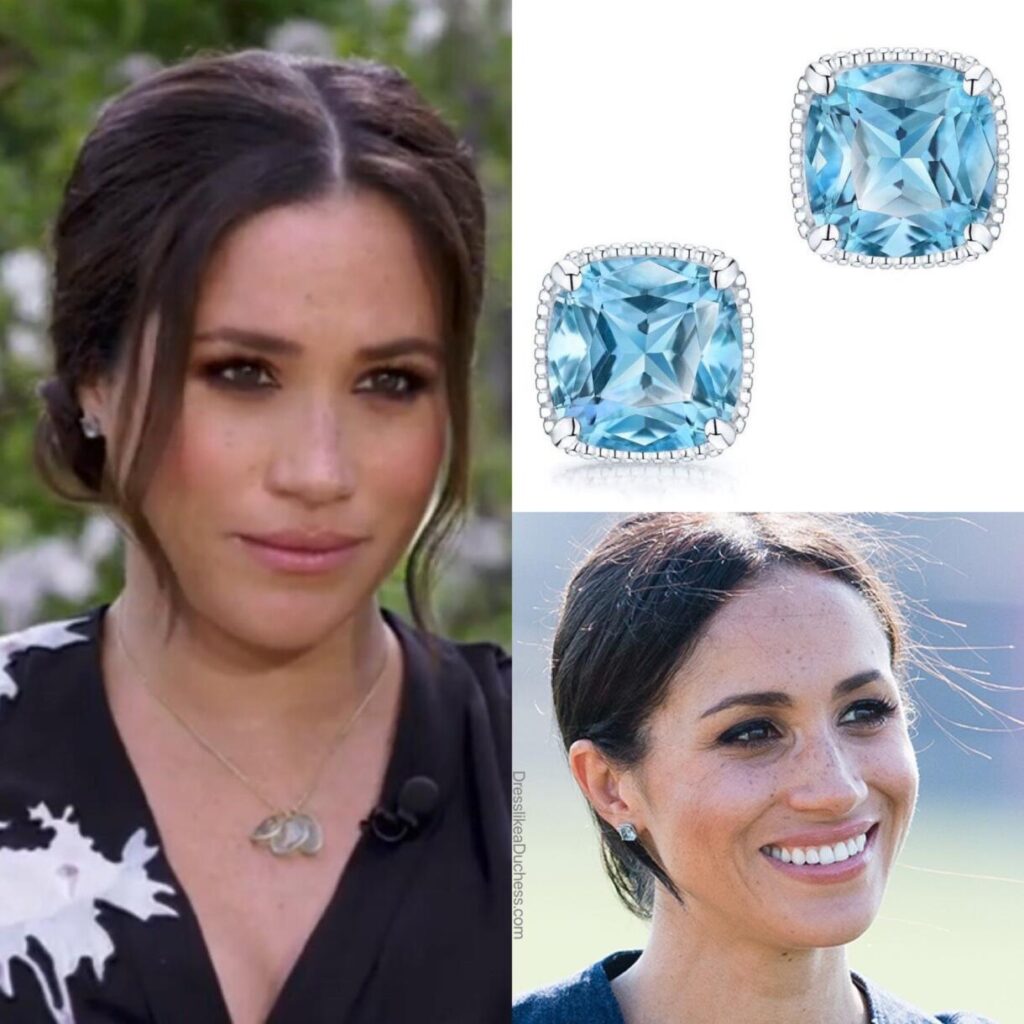 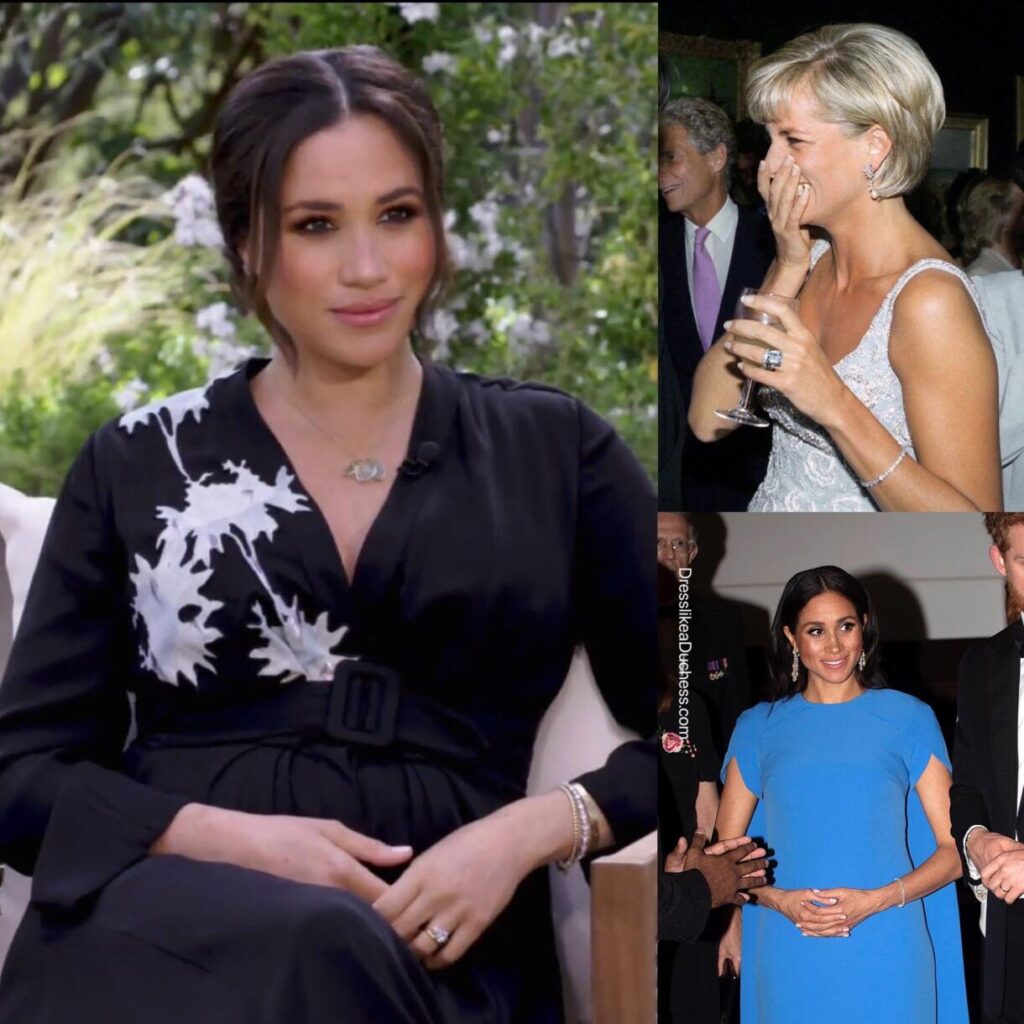 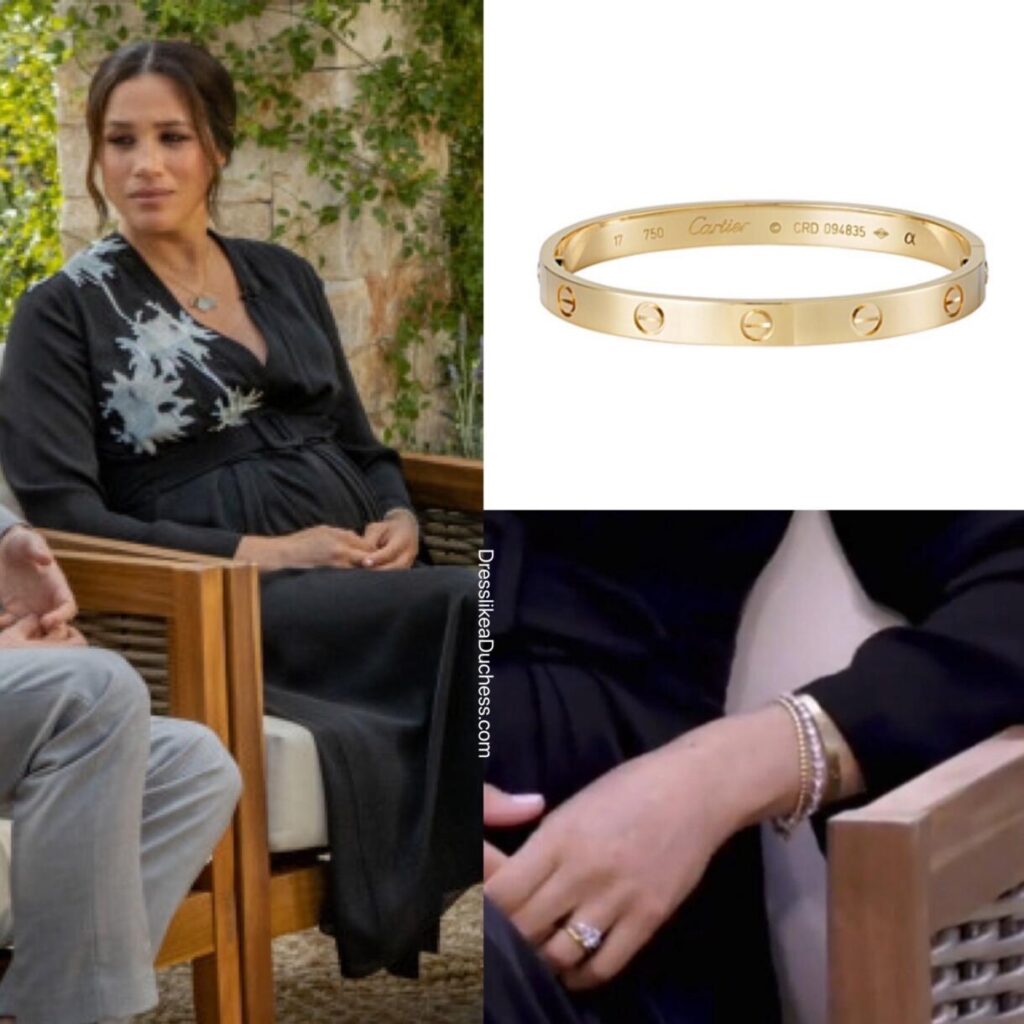 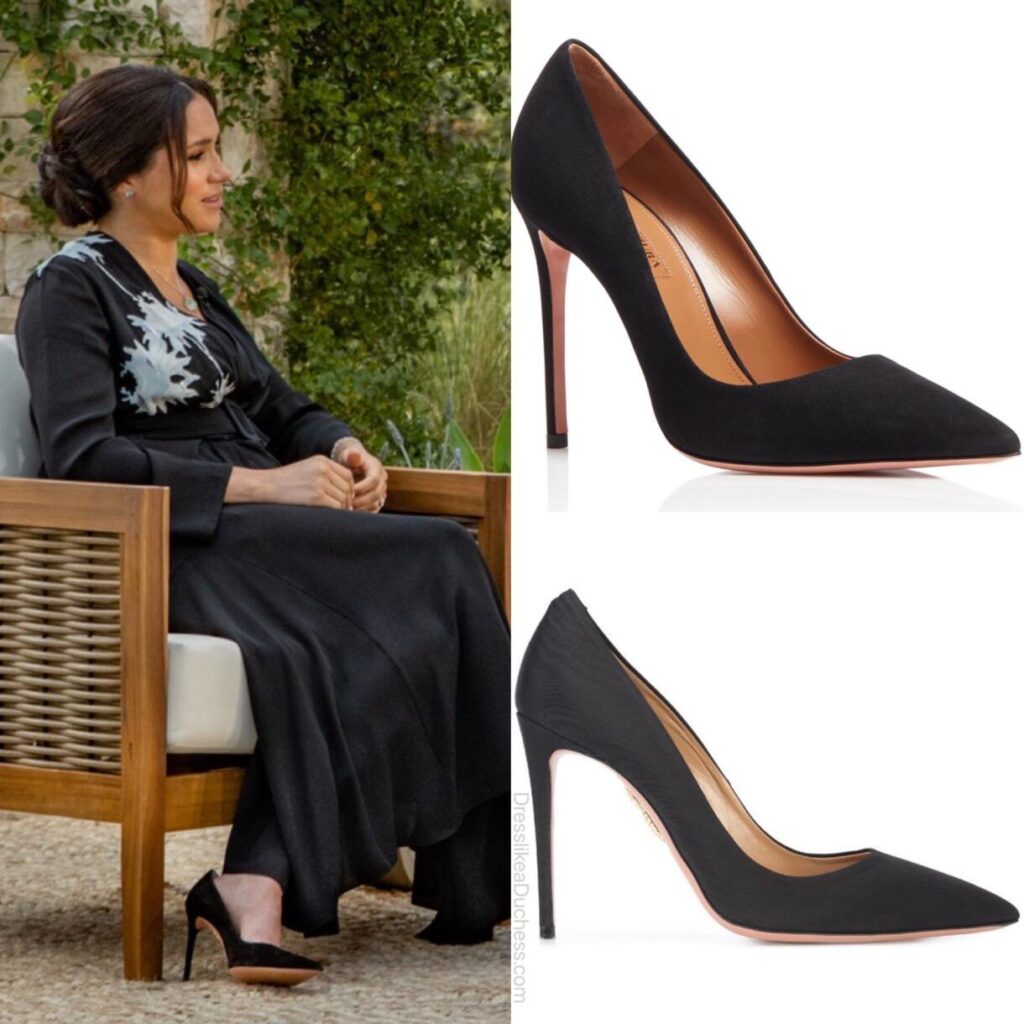