The Duchess of Cambridge looked exceptionally beautiful alongside her family  — children Prince George, Princess Charlotte and Prince Louis as well as husband Prince William for their annual family Christmas card. 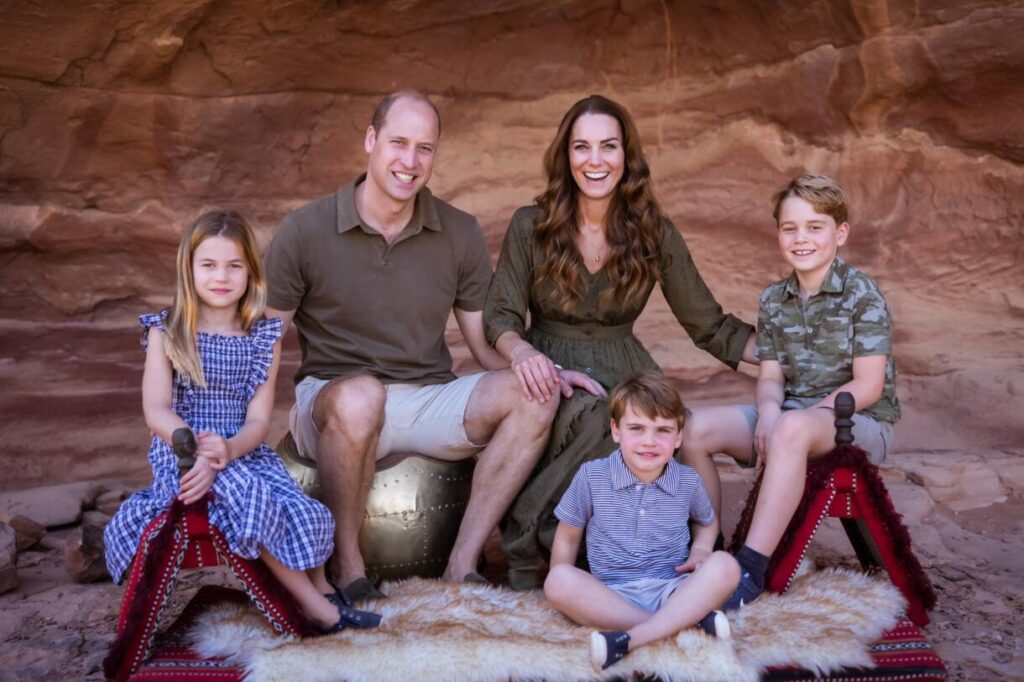 The seasonal snap was released by Kensington Palace on December 10th and showed the unity and warmth of the Cambridge five. For the photograph, Duchess Kate donned an unidentified dark olive green shirtdress featuring lace embroidery and a button front. 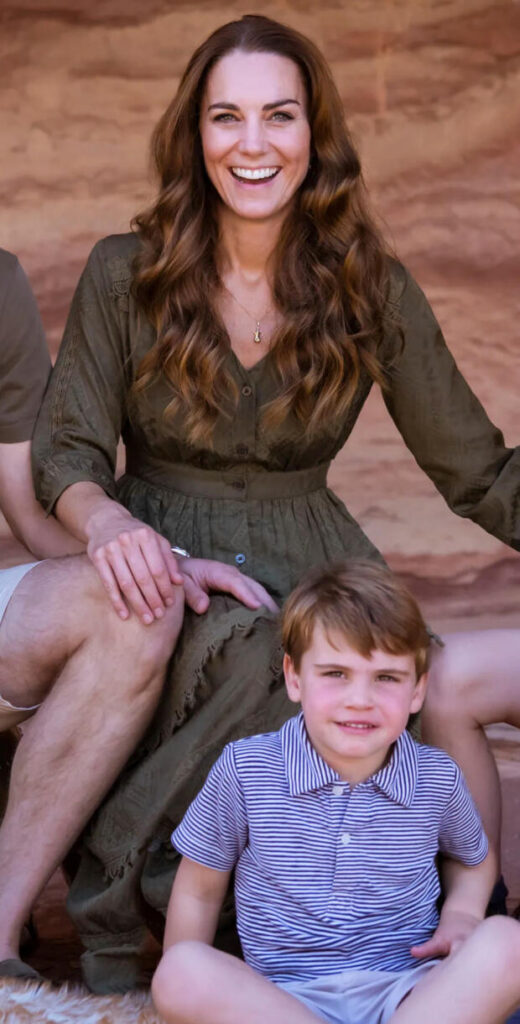 Kate also wore a necklace with an Arabic coffee pot as well as unidentified earrings. The duchess has owned the gold pendant necklace since at least 2015 when she was spotted wearing the accessory at a local festival. 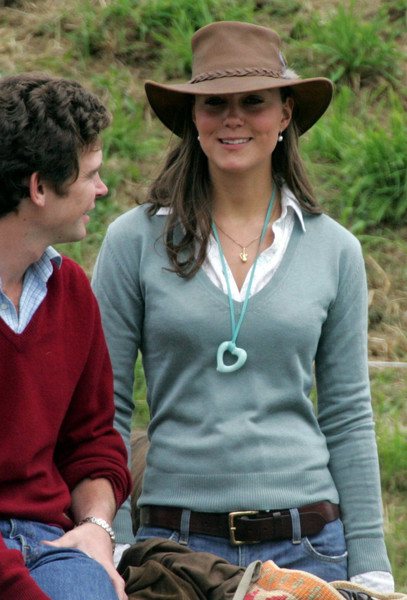 The Cambridge card also features Princess Charlotte in a smocked gingham dress from Mango called the Gabi Day Dress as well as Prince George in a casual camouflage polo from Gap Kids. Little Louis donned a striped blue polo shirt by Rachel Riley — the toddler top was also worn in a smaller size by a young Prince George in Australia. In addition, Charlotte and Louis wore their navy Hampton canvas plum plimsolls sneakers. 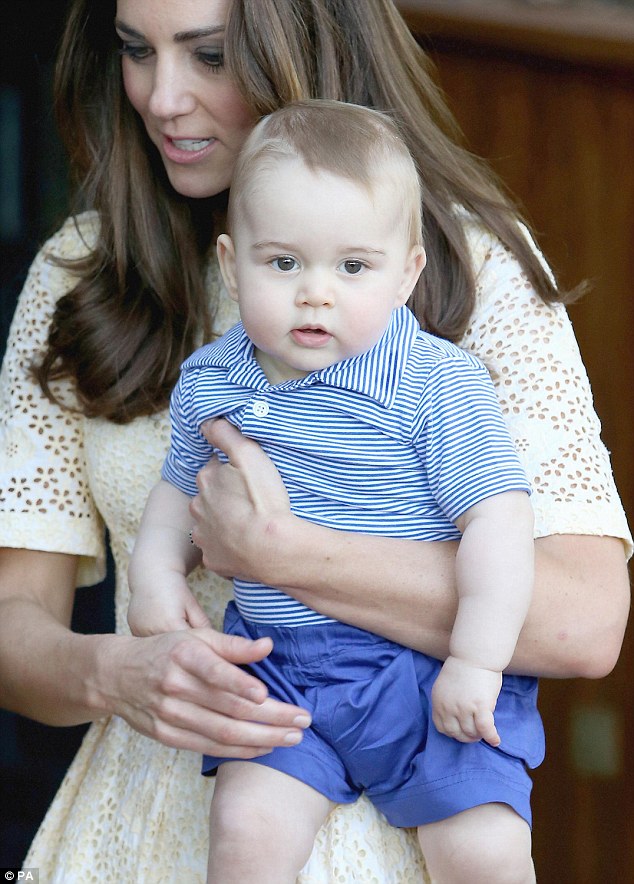 The Cambridge Christmas card showed off a genuine warmth between the family of five with a distinct impression that mom Kate runs the show — the duchess was featured prominently beaming in the center of the photograph. Kate’s large smile, animated eyes and elevated eyebrows showed that she is in charge and the nucleus of the family. 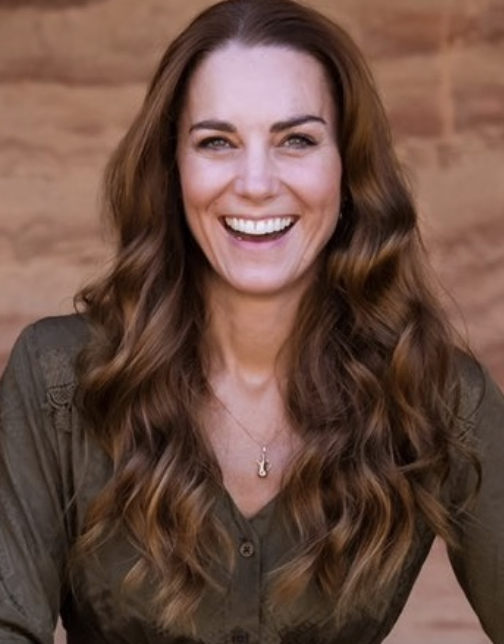 While the duchess was jovial and jubilant as the mama bear of her brood — William showed off a more subdued but equally enthusiastic expression. Prince William’s grin was one of contentment and quiet bliss. The future King was less gleeful than his wife but his wide smile, slightly squinted eyes and proud posture displayed his serenity with the situation. Many royal watchers also noticed the prince was approachable and down-to-earth in his casual dad ensemble — the 39-year-old was ‘duke off duty’ in a relaxed army green polo, beige cargo shorts plus loafers with no socks! 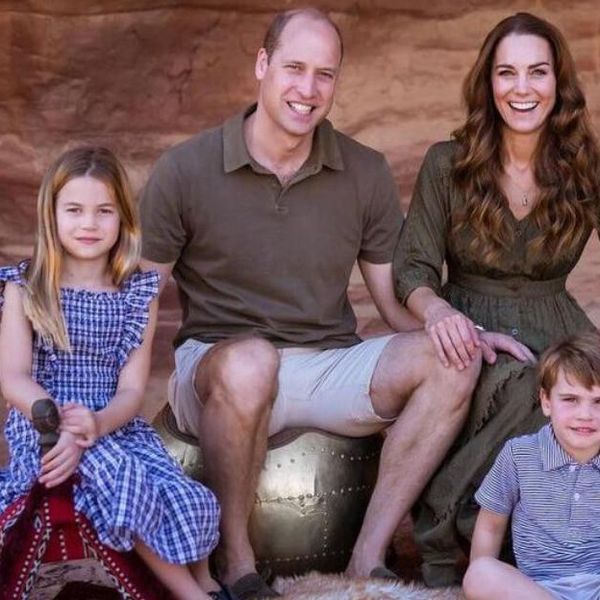 The Cambridges were photographed against a very eco-minded backdrop — a large rock wall. In addition, the family coordinated clothing with earthy shades of forest green and sea blue. Perhaps the young royals were sending a subliminal message about conservation and protecting the planet (a cause the prince champions). 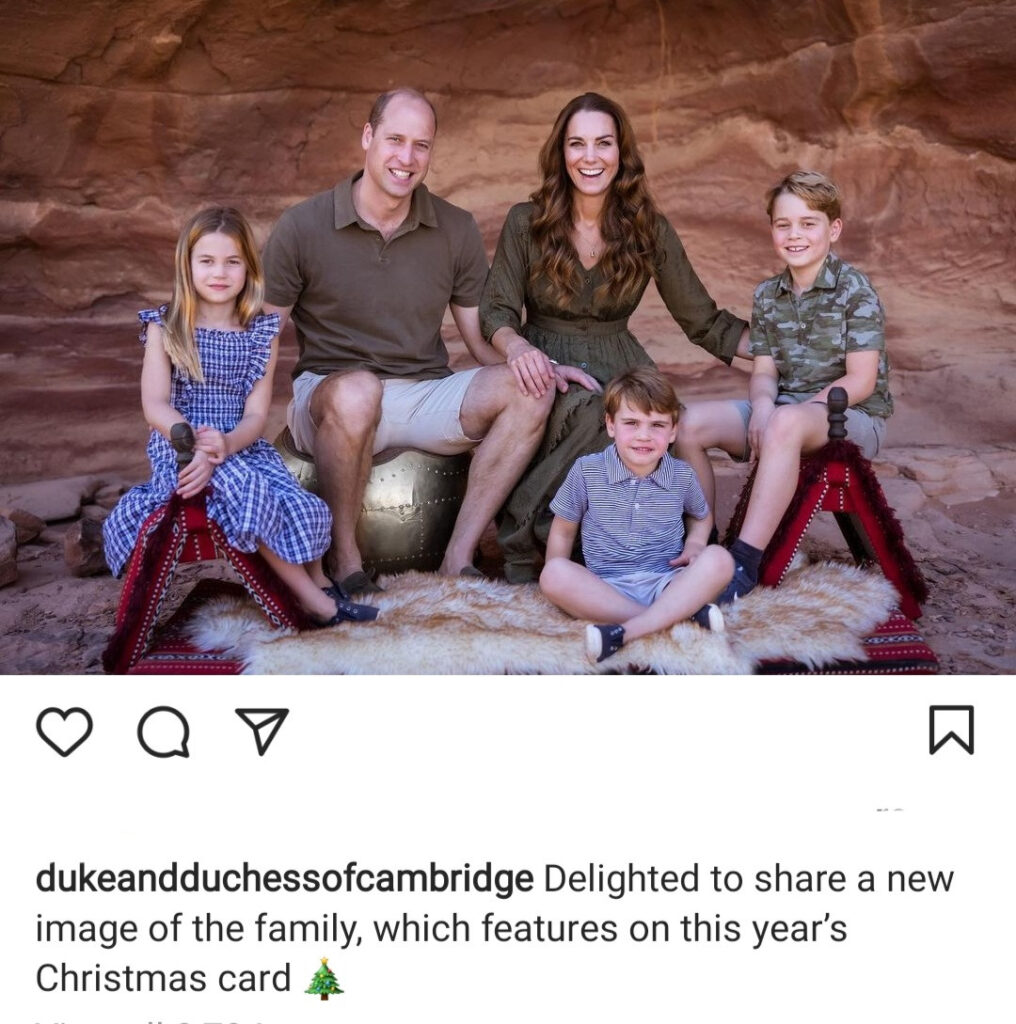 Kate and William also displayed a bit of uncharacteristic PDA with a bit of a knee grab and some touching gestures. Duchess Kate reached for Prince George’s back — likely a symbol of her supporting her son as future monarch.

Dress like a Duchess and follow us on the free LiketoKnow.It fashion app to get Kate’s holiday green dress style.