They were the pictures that broke the Internet. Following a whirlwind Jubilee trip to the UK to honor the Queen on her milestone 70th anniversary as reigning monarch, Meghan and Harry released new pictures of daughter Lilibet Diana for her first birthday which coincided with the summer celebration. Meghan and Harry celebrated their daughter’s big day with an intimate backyard picnic at their former Frogmore cottage home. For the casual celebration, the couple hosted photographer Misan Harriman as well as his wife and two children. Guests dined on cake by Harry and Meghan’s wedding baker and took part in fun face painting. 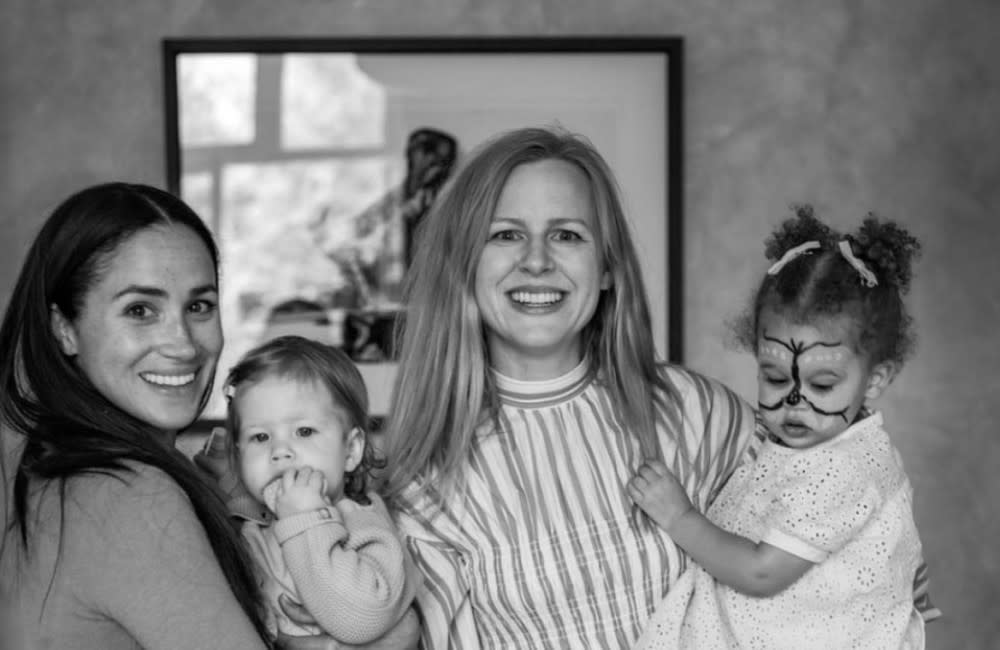 Meghan was clad in casual linen cargo pants and a fitted long sleeve knit top while Lilibet wore a dress by Isabel Garreton — the cotton bishop pique dress is handcrafted and features smocking and matching embroidery. The three-piece set includes the dress, bonnet and diaper cover. Lili’s bishop dress has a crewneck, flair short sleeve and back button closure. The stylish tyke also can wear the matching bonnet with adjustable ribbon ties and the diaper cover with an elasticized waist. 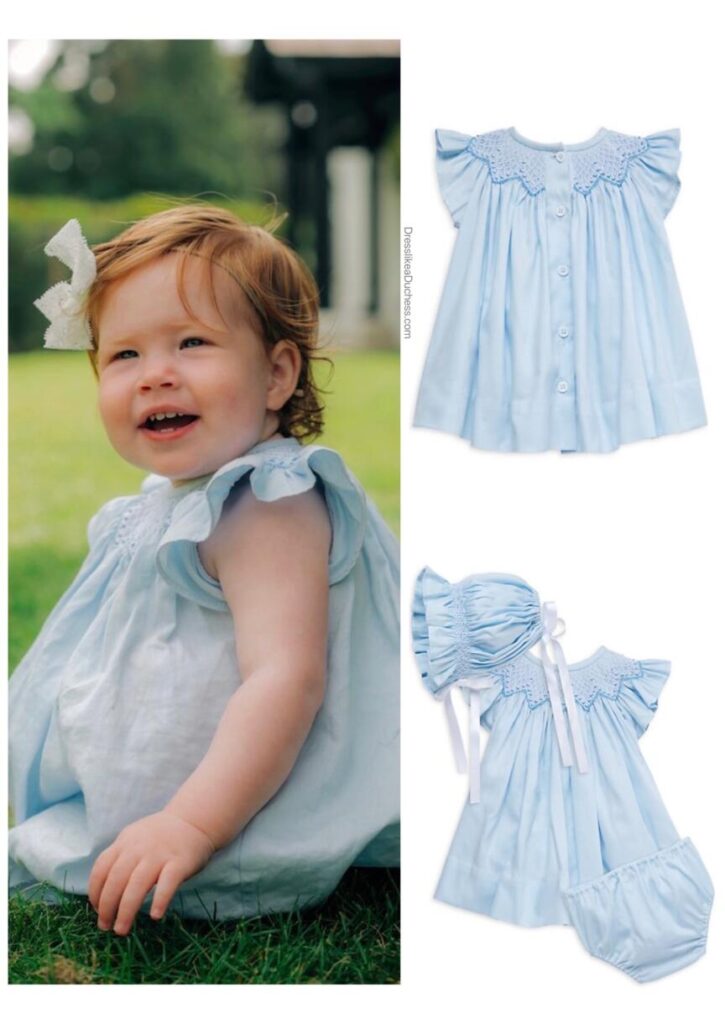 The eighth in line of succession to the British throne, little Lili, was all smiles for her first birthday portrait. The toddler looked festive in a Village Baby ‘Lily’ lace bow headband.