Duchess Meghan in Givenchy for a Day with the Queen

Meghan Markle, the newly minted Duchess of Sussex and the Her Majesty, the Queen,  shared a few laughs and some sweet smiles on their visit to Cheshire today for her first royal engagement without Prince Harry. The Duchess and Queen Elizabeth II arrived at Runcorn Station to carry out a series of engagements including opening the Mersey Gateway Bridge in Cheshire and the Storyhouse Theater in Chester.

Clad in a cream colored Givenchy belted pencil dress with a foldover collar, Meghan looked elegant and sophisticated. Perhaps making a statement against all the criticism for her modern bare shoulder style at Trooping the Colour, the Duchess covered her clavicle completely for her windy outing in Chester.

The Duchess opted for clean lines and impeccable tailoring for this day with the Queen. Indeed, her midi length dress was lined with silk and had a removable caplet that Meghan took off mid-day. The Queen also removed her lime green Stewart Parvin coat to reveal a long-sleeved floral dress during the luncheon.

The mood between the royal pair was far from solemn with the duo sharing laughs and animated discussion as well as colorful interactions on stage watching the performance by children in Wildnes.

For this outing, the duchess may have been without a Prince but was not without a royal advisor and Meghan’s new private secretary to her and Harry, Samantha Cohen, was seated behind the regal twosome during the performance. Cohen is reportedly a major part of Team Meghan and helping the duchess transition to life as a full-time royal.

More on Meghan’s Style for the Day:

Meghan wore a Givenchy dress by Clare Waight Keller with pointed Sarah Flint Perfect Pump heels in Black Nappa. Just like her grandmother-in-law, she carried a black handbag with hers by Givenchy as well as wearing a Givenchy black belt. In addition, the duchess also wore pearl and diamond drop earrings which were a gift from the Queen! And Meghan also was wearing what appears to be a silver tennis bracelet.

This is not the first time Meghan has opted for a dramatic topper on a dress. The duchess also recently wore a bespoke black Emilia Wickstead blazer and skirt suit for ANZAC day services at Westminster Abbey which had a similar square shaped caplet style. 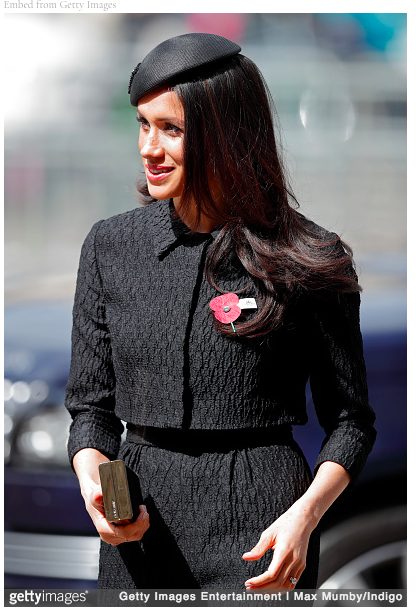 Clearly, Meghan loves original designs and already seems to be filling her wardrobe with unique bespoke pieces. Many reports are claiming that the duchess will rely on Clare Waight Keller to be her go-to designer. Interestingly, Kim Kardashian, Audrey Hepburn and Lara Stone also wore Givenchy wedding dresses. Many fashion experts believed Meghan’s dress may have been inspired by an Audrey design. 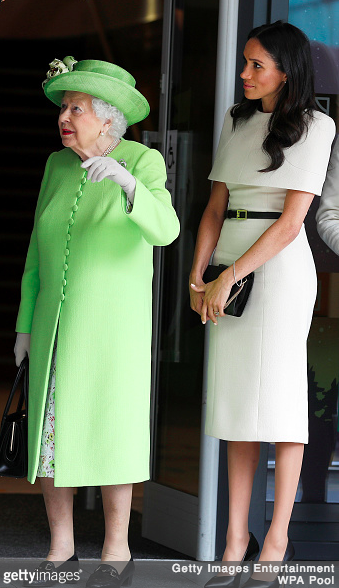 Many fashion insiders felt Meghan’s dress was inspired by the futuristic styles seen on the Givenchy Haute Couture Spring 2018 runway. The duchess and Clare Waight Keller seem to have a close working relationship after Meghan elected to have the British artistic director create her wedding dress. 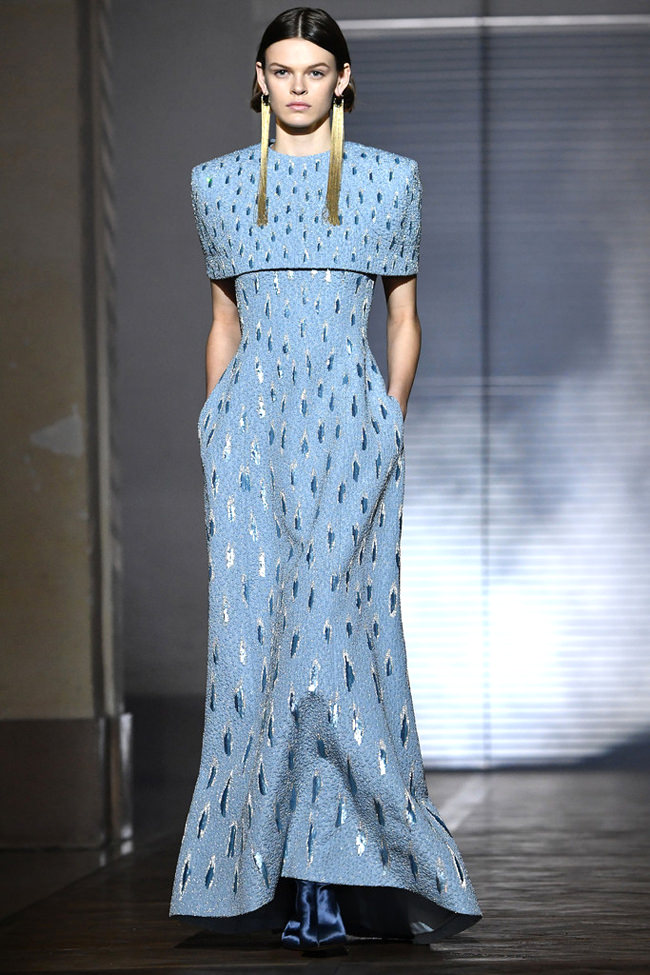 For her appearance with the Queen, Meghan also wore white nail polish and sheer pantyhose. Based on the Queen’s favored Essie nail polish, we’re guessing that Meghan may have opted for a white neutral polish from the brand for the daytime outing. 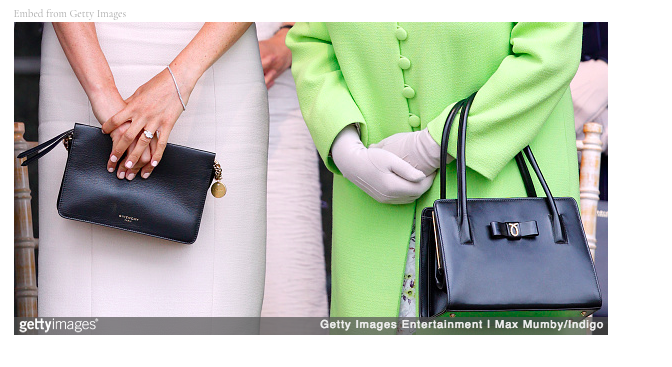 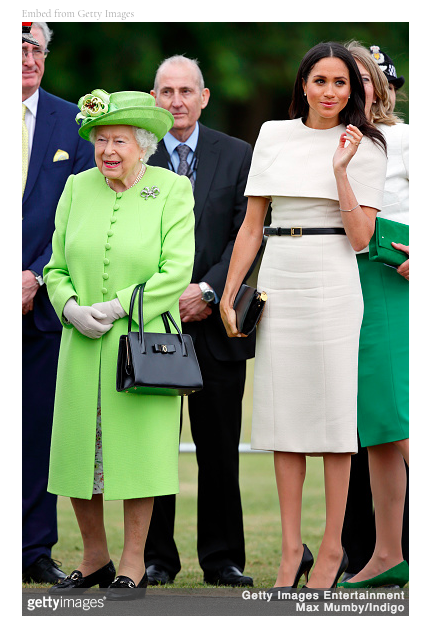 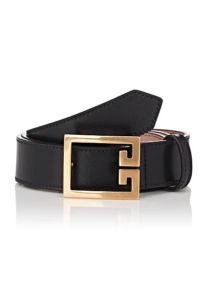 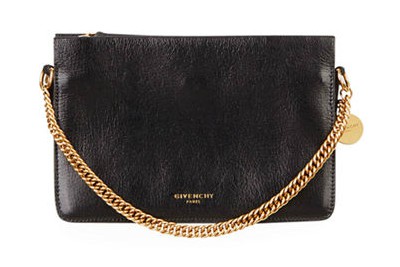