The Duchess of Cambridge appeared rested and relaxed on June 9th despite being at Trooping the Colour just one day prior. Clad in a simple blue and white striped Zara dress and strappy wedges, the Duchess played slinky, laughed and shared precious moments with Prince George and Princess Charlotte in the summer sunshine.

The Cambridge children seemed delighted to be outdoors and Princess Charlotte practiced her tumbling routine, while Prince George played cowboy and created drawings. At one point the fun became a little more serious when Savannah Philips pushed little Prince George down the side of a hill. Previously she had covered little George’s mouth on the balcony of Buckingham Palace the day before. The cousins seem to have a rather playful and feisty relationship. 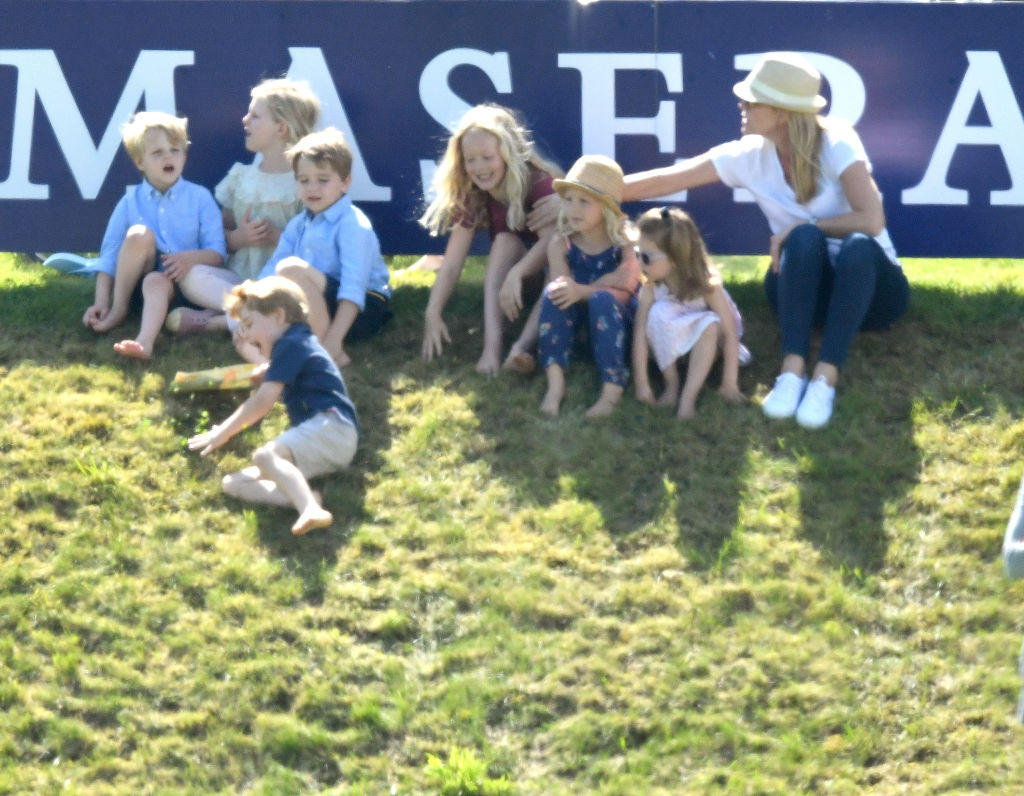 The family gathered at Gloucestershire’s Beaufort Polo Club to support and watch Prince William at the Maserati Royal Charity match. Prince William and his team clearly did well as Kate Middleton was seen running down the hillside to congratulate the group. She and Prince William also blew air kisses.

The Duchess wore a simple Zara dress costing less than $100 which almost immediately sold out. The blue and white midi dress has a plunging neckline, open shoulders and front button-up fastening. The relaxed blue and white summer style is very reminiscent of the Duchess’ embroidered Zara off-the-shoulder dress she had recently worn for another outdoor outing with little George and Charlotte at the Houghton horse trials. 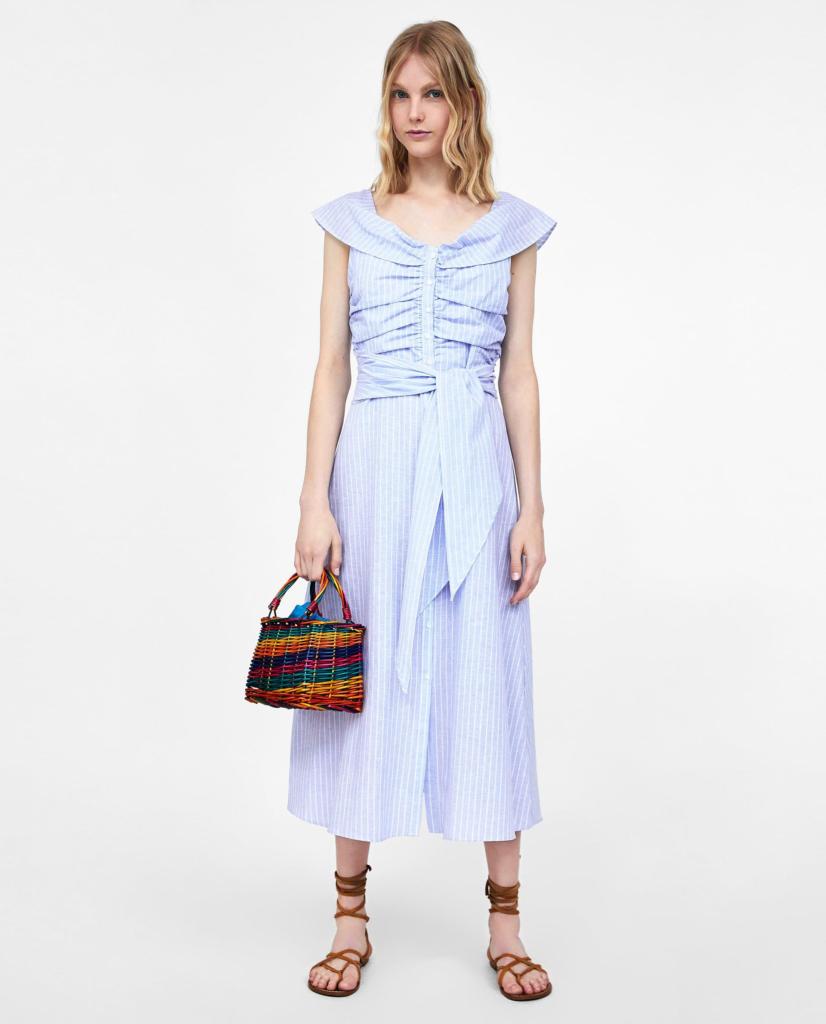 In addition, the Duchess wore Russell and Bromley Coco-nut ankle strap espadrille wedge sandals with a woven fabric heel and wedge sole. A similar style is available HERE and HERE 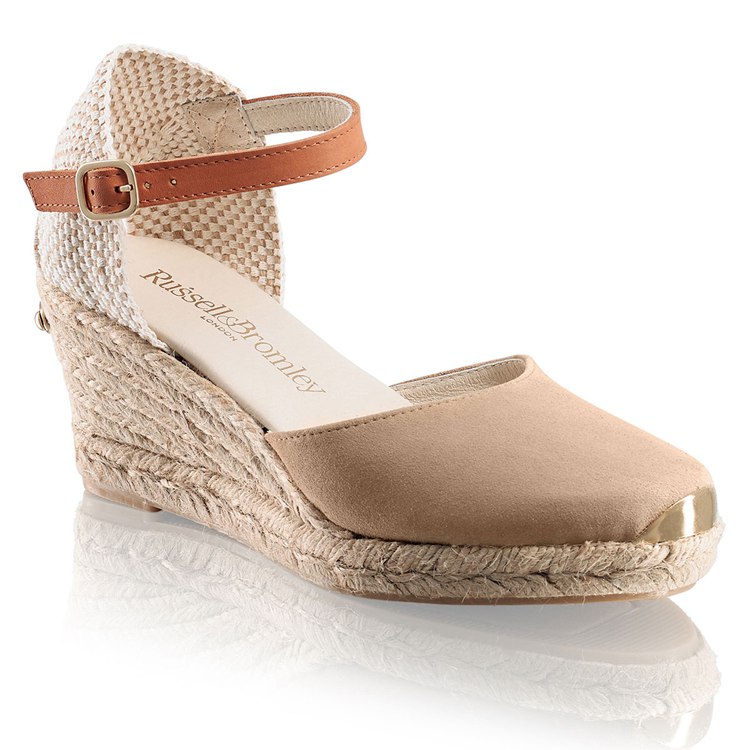 The Duchess of Cambridge carried her Quincy white leather tote bag by Victoria Beckham which she has used on numerous occasions. 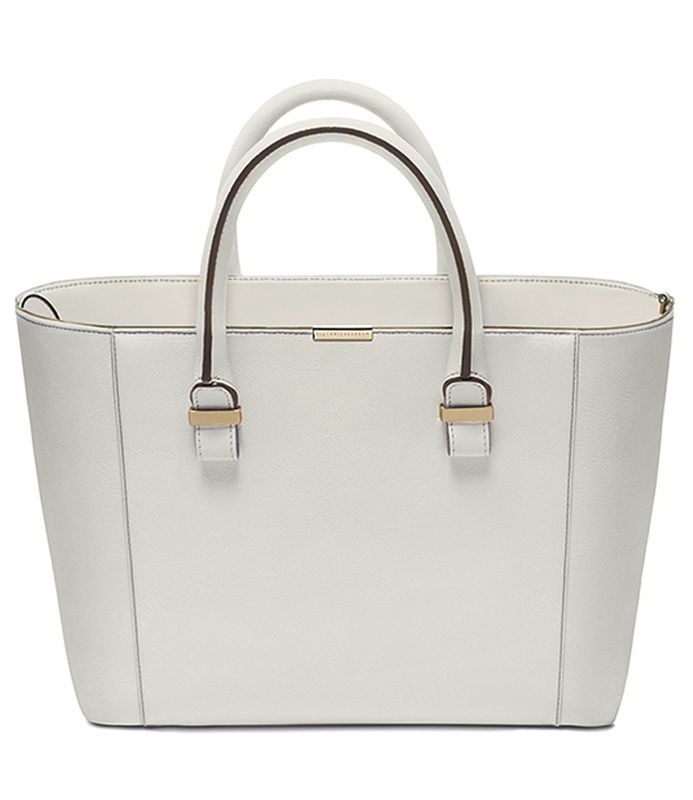 The Cambridge children seemed to enjoy perusing through mom’s purse for snacks and toys. Shop a similar style HERE 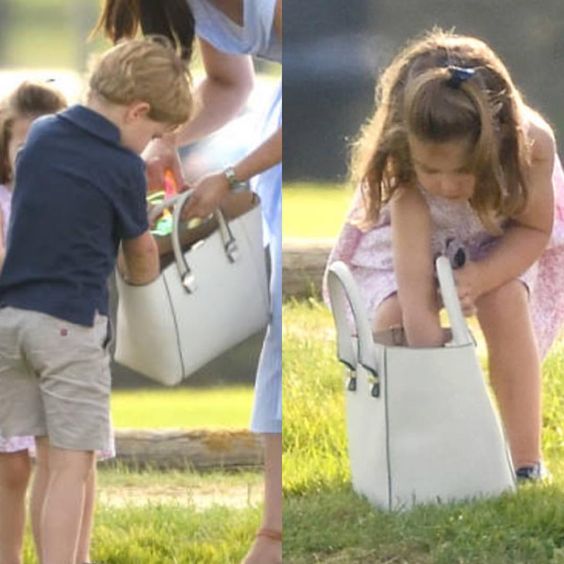