The Duke and Duchess of Sussex are ready to start their lives as new parents in the lush and tranquil grounds of Windsor at Frogmore Cottage. The move out of Kensington Palace and away from their two-bedroom Nottingham Cottage home is not especially shocking considering the couple are preparing to start a family and would likely prefer a home away from the hustle and bustle of London life.

The couple’s new 10-bedroom abode is listed as a two-story, stucco-faced house sitting in the north corner of the Frogmore Estate located on the grounds of the Windsor Estate in Berkshire. Frogmore House has been a royal residence since 1792 and a royal hideaway for over 300 years. The gardens are a personal favorite of the Queen, who has introduced over 4,000 trees and shrubs across the 35 acres. The estate also has its own man-made lake which is home to Royal Burial Ground and the tomb of Queen Victoria and Prince Albert.

Early reports had speculated that Meghan and Harry would be moving next door to Prince William and Kate Middleton in one of the main apartments at Kensington Palace but it appears the Sussexes would prefer their own space and a bit of privacy for raising their family away from the spotlight.

It’s believed that Harry and Meghan will have a new security upgrade on the property as it’s very easily accessible in its current state with just one sign indicating the home is ‘private.’

Meghan and Harry’s new home will require a few renovations besides the new security measures. Undoubtedly, the couple will want to incorporate their own style into the home and add modern updates likely infusing Meghan’s love of coastal California style along with her preference for Scandinavian furnishings and rustic accents.

The new remodel will also consist of adding a nursery, yoga studio and gym. The couple are planning on making the move into their new home sometime around January 2019. 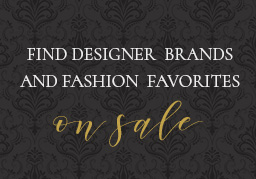