Perhaps it was inevitable that two highly successful, strong and beautiful women would be pitted against one another in the ‘War of the Windsor Wives.’ Recent media reports have suggested that the Duchess of Sussex and the Duchess of Cambridge are far from castle comrades and instead are ardent frenemies–not the tea guzzling, gossiping gal pals of the Diana and Fergie era. Instead, there’s rumors of tears, tantrums and tiara meltdowns. But what does their body language say about their actual relationship? Is there truly discord inside the palace walls?

While both Kate and Meghan could be described as ‘alpha’ females as they’re beautiful and powerful in their own social spheres and families–Meghan may still feel the need to try and connect and please comely Kate. As Meghan is new to the family, there may be an intense desire to be accepted and gain approval from Harry’s nearest and dearest. Meghan is likely still trying to lay the groundwork for a thriving friendship by sharing laughs and looks with the future Queen consort.

While Kate and Meghan may not be best friends at the moment, their similar smiles, warm expressions and equally forward leaning posture shows signs of a developing and growing bond. Plus, when they’re out together they can always share gossip about their husbands!

Mirroring gestures are a sure sign a couple (romantic or platonic) are in sync. Since Meghan and Kate make the same wave gesture with the same head tilt and similar gazes–it can be assumed they share some common ground. 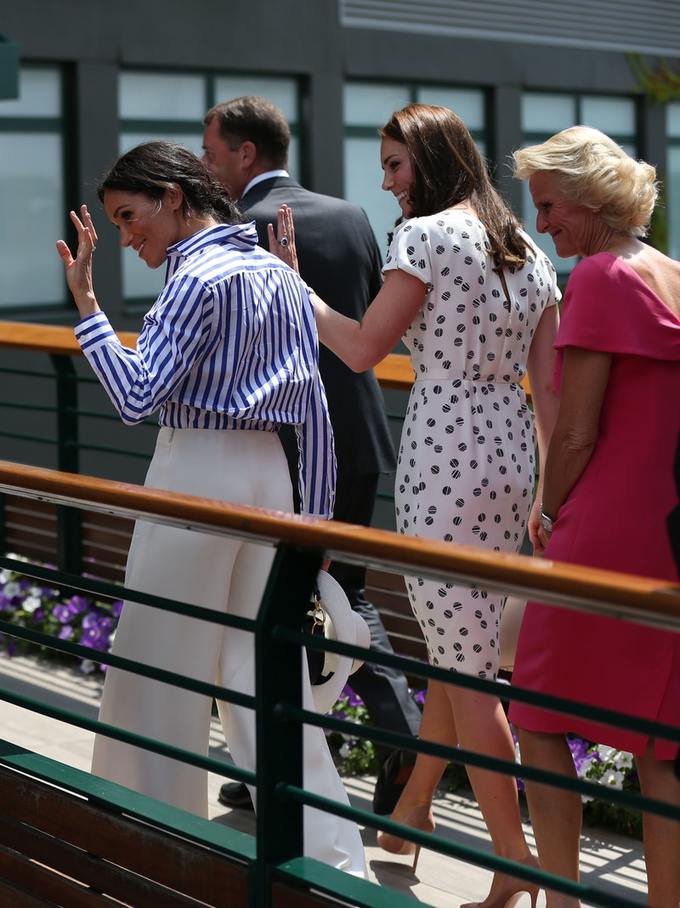 Even when not directly interacting, Kate and Meghan seem to have developed a subtle and subconscious rapport. For instance, at Eugenie’s wedding, Kate slouches her shoulders down in order to get to Meghan’s level as she’s smaller in stature. And the two women share a nearly identical pace and stride.

Meghan and Kate looked more at ease together at Christmas than even in the early days together at the Royal Foundation forum or Meghan’s first Sandringham stroll. As they made their way to church, the 30-somethings shared nearly identical smiles and close body proximity. Kate even raises her hand in a somewhat awkward position just so she can mirror Meghan perfectly. 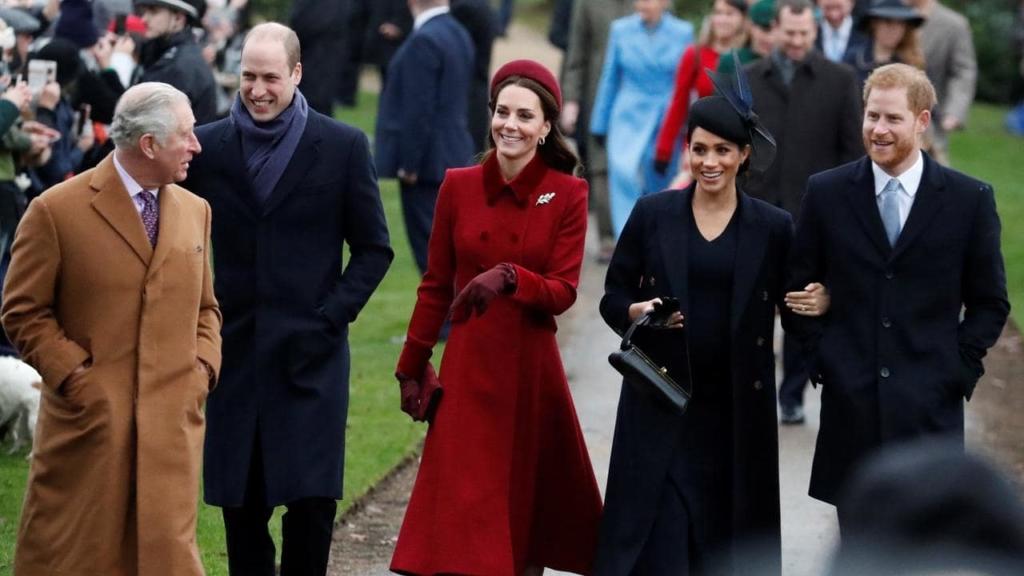 While sources say Meghan and Kate have very different personalities (“they’re very different characters“), and Meghan has been described by many sources as ambitious, determined and even ballsy, Kate may be less of a risk taker and more inclined to take her royal role in a more traditional direction. Meghan is likely to be committed to passion projects while remaining more of a free spirit with her fashions and family. Meghan is also more forward and flirty and loves hugs and demonstrative physical touch (like hand holding) whereas Kate is more reserved.

While no one would argue that Meghan will live in Kate’s shadow, as she gets her royal bearings–she’s likely to defer to the seasoned and studied Duchess of Cambridge for advice and even mentorship. Meghan likely trusts Kate and wants to develop a long term friendship in order to feel more comfortable and confident in her role as a royal. Meghan’s slightly submissive head tilt — reveals she’s humble and not hostile with Kate. 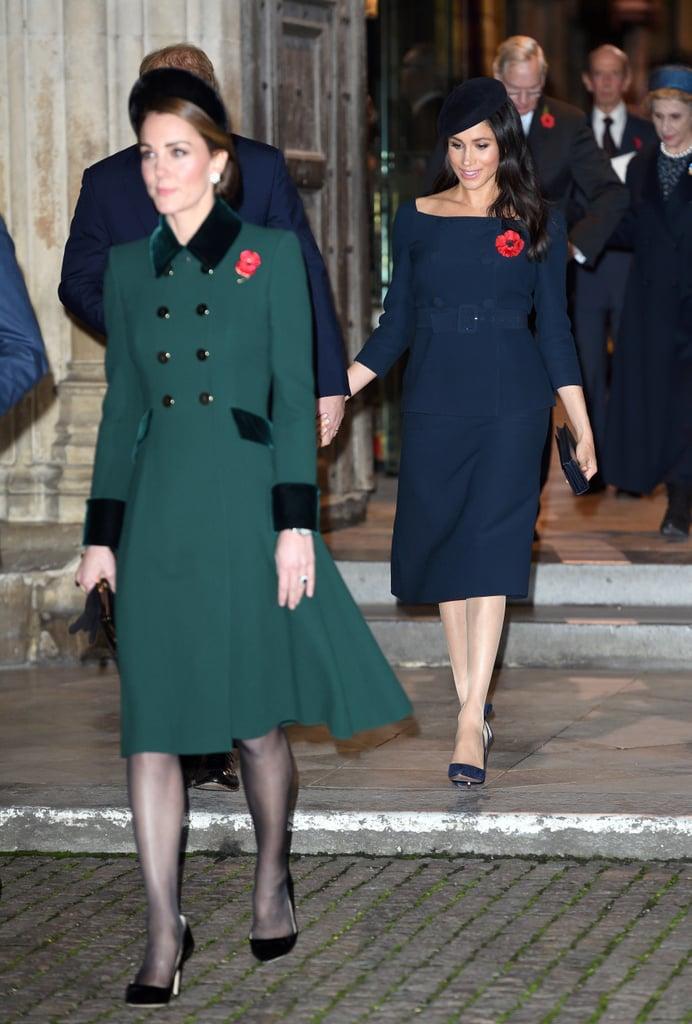