10 Things You Should Know about the Birth of Baby Sussex

Oh boy! The Duke and Duchess of Sussex have announced the arrival of their son into the royal family! Meghan and the baby are reportedly happy and healthy and bonding at home. While Meghan opted against debuting her first child at the Lindo Wing, the newest royal dad did take a moment to inform the media about the baby’s arrival. Harry made a public announcement about the birth to eager reporters and fans who were delighted with the news.

Here are 10 Things You Should Know About the Birth of Baby Sussex:

Meghan and Harry’s son is a Taurus being born at 5:26am on Monday May 6th, 2019. The newest addition to the family shares this Taurus trait with Princess Charlotte and the Queen.

May is very meaningful month for Harry and Meghan who were married on May 19th, 2018 in Windsor where they now reside. In addition, May 6th is especially significant for the pair who made their first event outing together at Ascot, England on May 6th 2017 where Meghan cheered on her prince as he played polo.

The new Sussex babe weighed in at 7lbs and 3oz which is just slightly lower than average at 7.5lbs and a bit smaller than the Duchess of Cambridge’s children who each weighed in around 8 pounds each. Prince George weighed 8lbs 6oz while Princess Charlotte weighed 8lbs 3oz and little Prince Louis weighted 8lbs 7oz.

Prince Harry did announce that the baby was a bit overdue. Interestingly, the media was informed that Meghan had gone into labor but only twenty minutes later the Sussex Royal account posted that a baby boy was born. As Meghan gave birth early in the morning around 5am–it appears the media were told she was in labor when the baby had in fact arrived.

The prince couldn’t contain his excitement as he spoke to reporters in Windsor in the afternoon on the baby’s birthday. The giddy dad was overcome with joy and looked thrilled as he declared how proud he was of his wife and said he was “over the moon.” And he said watching his wife give birth was “the most amazing experience I could ever have possibly imagined.” 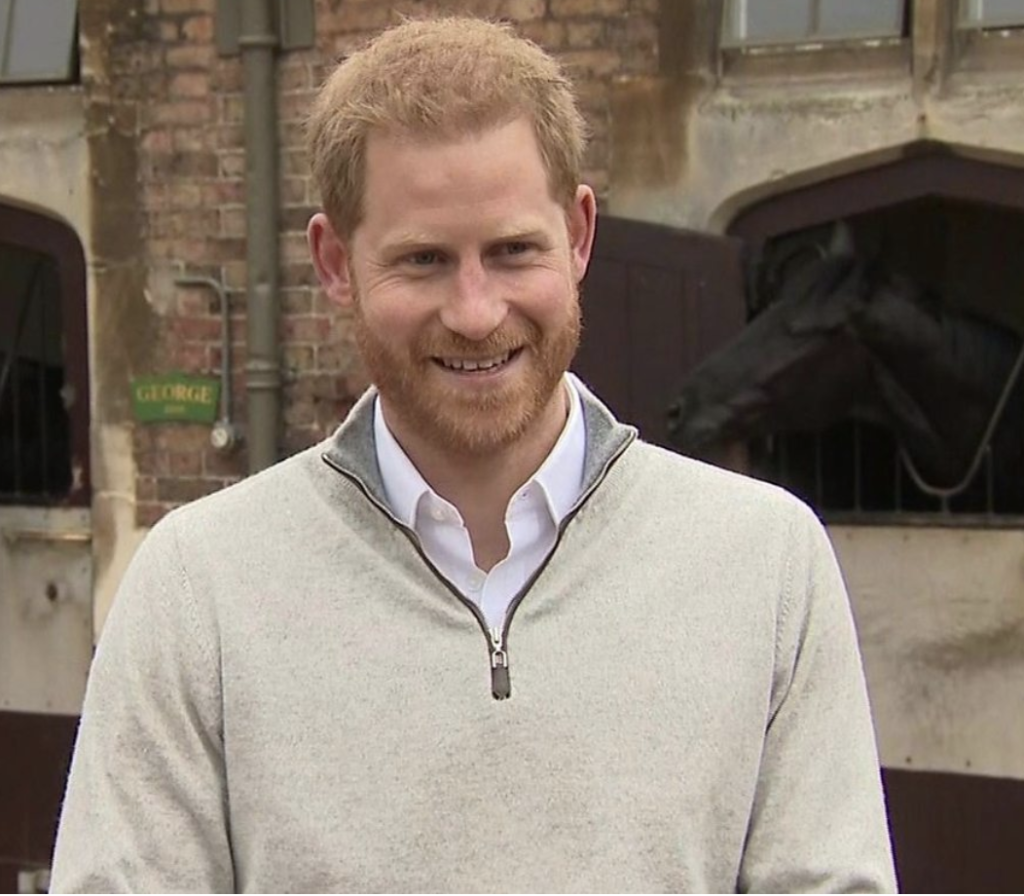 Though Meghan’s official due date has now been reported as April 28th–it appears the duchess was overdue and taken to Portland Hospital in London which was also used by Sarah Ferguson.

Meghan and Harry selected a few very important people to notify of the child’s arrival. Along with the Queen, Duke of Edinburgh, the Prince of Wales, the Duchess of Cornwall and the Duke and Duchess of Cambridge – Diana’s siblings Lady Jane Fellowes, Lady Sarah McCorquodale and Earl Spencer were also notified of the news.

The baby’s official title could be the Earl of Dumbarton and since it had a May arrival–it’s birthstone is emerald. If Harry has more sons, they would likely receive the title of Lord (first name) Mountbatten-Windsor. The baby is seventh in line of succession to the British throne.

While we had our predictions for baby names, top contenders for the newest boy in the Frogmore fam include: Alexander, Alfred and James. Though, we think James is an unlikely moniker as the Duchess of Cambridge has many men named James in her family including her brother and brother-in-law.

Baby Sussex shares its birthday with some of Harry and Meghan’s nearest and dearest including good friend George Clooney.