The Cambridge Family Spends Time on Holiday in Mustique

It’s a rare time of year when the Duchess of Cambridge can hang up her hat (or tiara!) and jet off to an island for some family time. While William and Kate have been island hopping since they first got married and honeymooned on Seychelles, the Kensington Palace dwelling duo soon turned into a larger crew and now the ‘Fab Five’ of Prince George, Prince Louis and Princess Charlotte (plus mom and dad) enjoy the sights and sounds of island life as a unit. 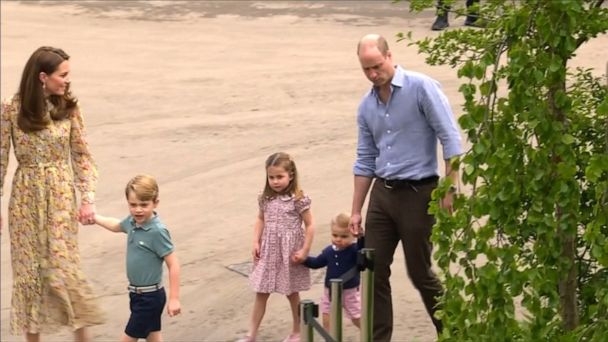 And while the vacation is special because it’s the Cambridge’s official summer holiday–new pictures of Prince George, reportedly taken during the group’s getaway, adds a whole new layer to the happy family trifle. The striped swimming shorts the young prince is wearing gives a clue to the amount of beach time the Cambridge crew are likely enjoying during their stay on the private Caribbean island. The young royal partook in a day of sand and surf in an H&M polo shirt and Sunuva swim shorts in a photo captured by his mom. The future king celebrated his sixth birthday on the palm tree speckled island. 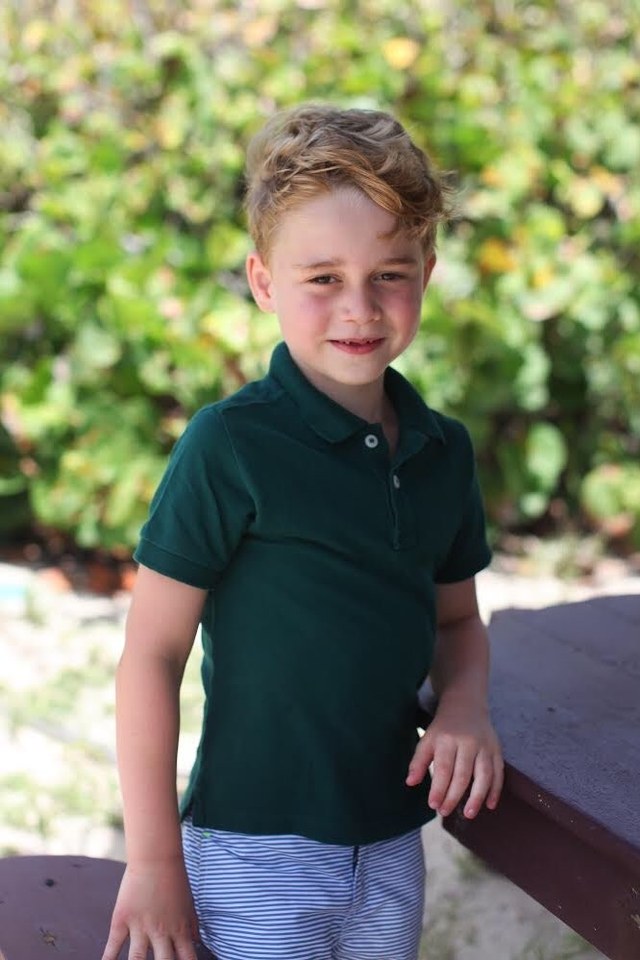 And while the Cambridge children are likely reveling in their time to build sand castles, play in the ocean waves and eat tropical fruit and ice cream–undoubtedly Kate and William are also enjoying a break from their busy lives attending to royal duties. As the Duchess of Cambridge missed out on the Middleton family holiday to St. Barts around Christmas, it’s likely that she’s enjoying herself at the “private and discreet” island where she and William are already familiar with the staff.

It’s speculated that Pippa may have brought baby son Arthur to the island for some cousin bonding and it’s also possible Carole and Michael Middleton made the journey to the tropical locale.

In previous years, the family was spotted landing at the Mustique airport as well as seen enjoying beach time at the West Indies island. Kate and George were also photographed on the island with his nanny.

William and Kate will return to royal duties in September but do have an engagement in early August. It’s also speculated the family will visit the Queen at Balmoral in Scotland where Aunt Meghan and Uncle Harry will also be spending time.