The Duchess of Sussex made an impromptu visit to New York City to cheer on friend Serena Williams at the U.S. Open. The unplanned trip was according to royal reporter Omid Scobie not in Meghan’s diary, but the duchess was “super excited” and despite the last minute transatlantic journey was determined to support her friend “no matter what.”

The duchess didn’t take it easy on her first day in the Big Apple and as a cure for her oncoming jet lag opted to take a hot yoga class at one her favorite haunts in the city: Modo Yoga.

According to People Magazine, many of the attendees of the class recognized the royal but didn’t bother the new mom.

And while Meghan recovered from her sweaty yoga class, Serena Williams was also in a fitness state of mind as she played one of the biggest matches of her career —  a record-tying 24th Grand Slam in today’s championship. To support her friend in the stands the duchess opted for a casual but smart look with a denim dress by J Crew and chic sunglasses by Victoria Beckham (ID Meghan’s Mirror).

During the match, the royal mom of one gave hugs to many who stopped to say hello and even received a cheer when ‘HRH The Duchess of Sussex’ was introduced on the jumbotron. The duchess was especially thrilled to give a hug to Serena Williams’ husband Alexis Ohanian.

Meghan was also seen frequently leaning back to speak to fashion mogul and Vogue editor Anna Wintour in the seats behind her and the ladies were photographed deep in conversation throughout the match. The two style icons likely developed a deeper friendship recently as Meghan played guest editor of British Vogue’s September issue.

To complete her casual daytime ensemble, Meghan added a Juliette collarless sweater blazer also by J.Crew. The sweater features a mid-length cut and cascading front while being crafted from cozy woven knit fabric that feels like a cross between a cardigan and a jacket.

Meghan also made sure to bring her Victoria Beckham Navigator sunglasses and Carolina Herrera Mariola tote.

The duchess finished the look with turquoise bar earrings by Jennifer Meyer (thanks Christin Zi). 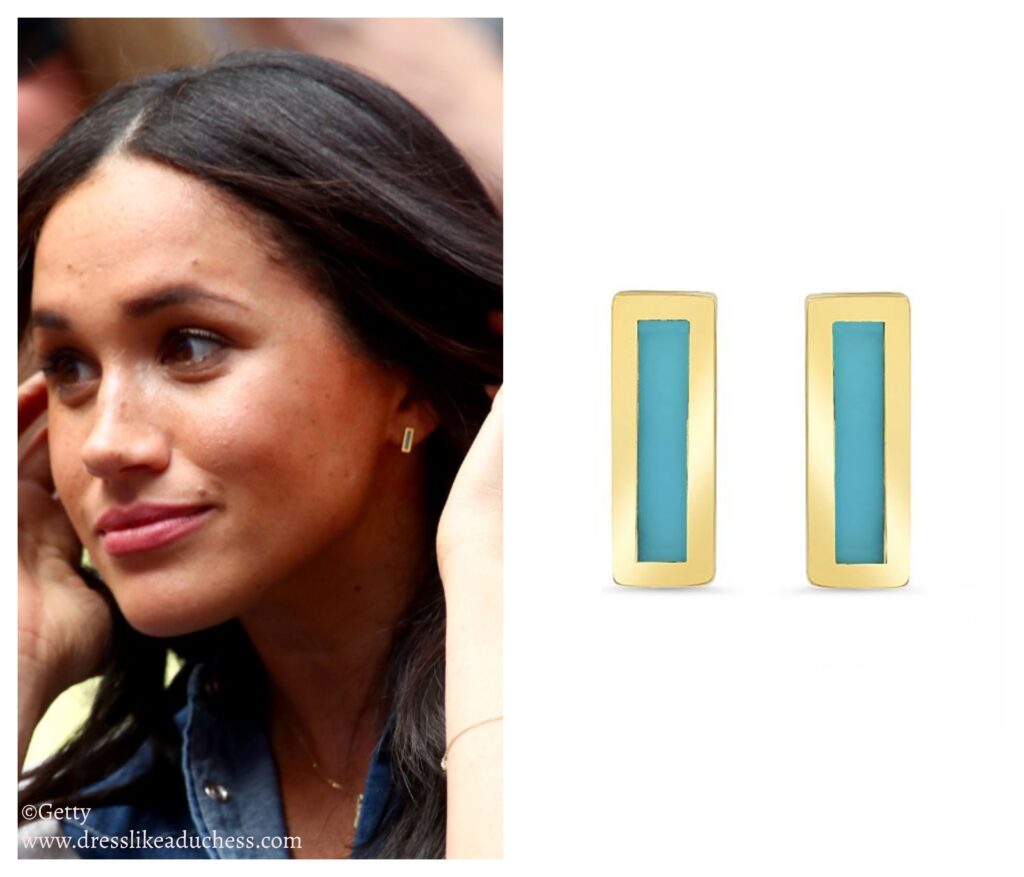 But Prince Harry wasn’t far from the mind of Duchess Meghan as she sat courtside for the tennis tournament. The proud wife and mom showed off a Mini Mini necklace with the letters ‘H’ and what’s believed to be an ‘M’ (not an ‘A’). A Twitter user Bob Williams, tweeted a picture of the duchess outside Arthur Ashe Stadium at the end of the evening. 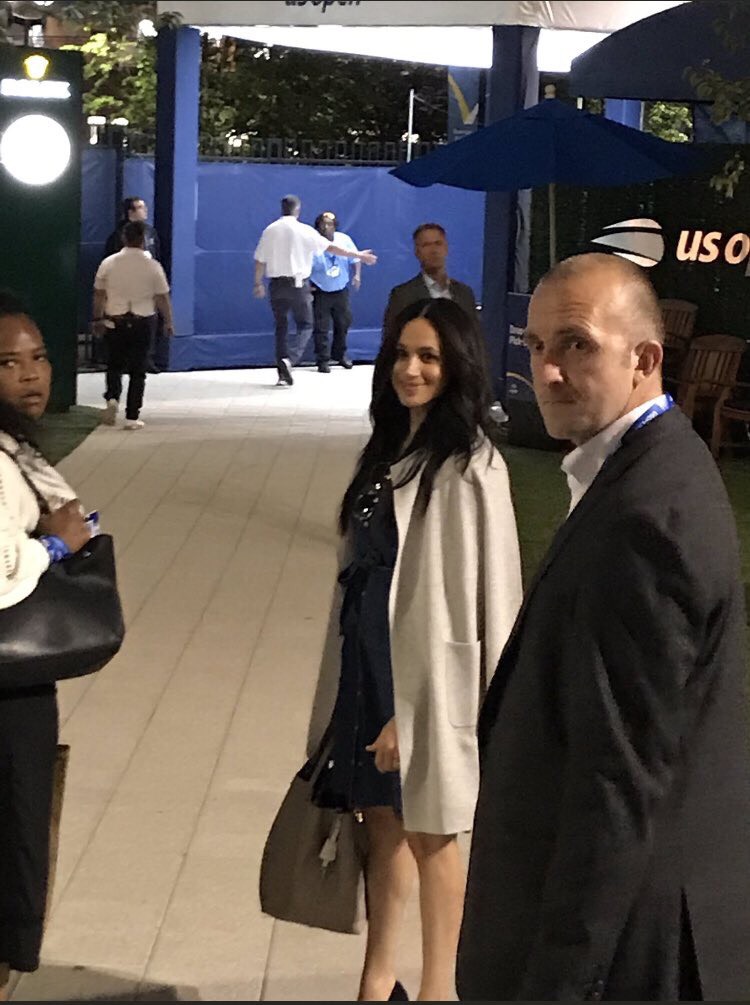