Each year members of the royal family release a Christmas card to the public and it’s often a highlight in the World of Windsor. While people are fascinated with the family portraits, this year, there will be much speculation and anticipation for Harry and Meghan’s card as well as Kate and William (plus children).

Last year, Archie Harrison had not yet made his arrival into the world and the royal fold and thus, Harry and Meghan opted for a trendy black and white photo from their wedding as their annual Christmas card. This year, things are little different and a lot busier in the Sussex home and it’s likely that their holiday card will reflect their growing family.

The Duke and Duchess of Sussex’s first Christmas card as husband and wife was a shot of the twosome basking in newly married bliss as they watched the spectacular fireworks display following their wedding ceremony while celebrating on the grounds of Frogmore House. The stark nature of the photo was for many a symbolic way of Harry and Meghan trying to retain their privacy and unity as a couple despite intense press scrutiny. This year, it’s likely the style and nature of their 2019 photo will be quite different. While still trendy and artsy, Harry and Meghan will want Archie to be the star of their yuletide greetings and they could select a cozy shot inside their Frogmore Cottage home. It’s possible Harry and Meghan could also use a picture from their tour of Southern Africa as a family or even feature their son by himself.

In all likelihood, the Sussexes will select something stylized with a close-up of the trio not unlike the official pre-tour portrait of the Cambridge family wherein the royals peered out of a window of Kensington Palace with little Prince George wearing a cutesy personalized jumper. While it would be a treat for royal watchers to see the Sussex family’s dogs in the sweet photo–odds are Meghan and Harry will continue to stay mum on their pups to avoid excessive questions and queries.

Meghan and Harry will likely steer away from very formal shots like the Cambridges 2017 image which shows the family in matching blue ensembles. 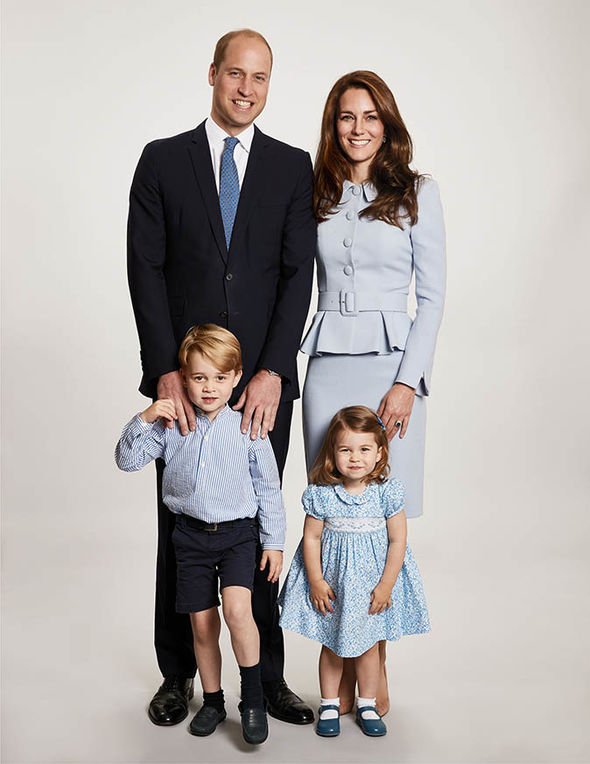 We predict the Sussexes shot will be casual but chic and let the spotlight rest firmly on the shoulders of Major Archie. 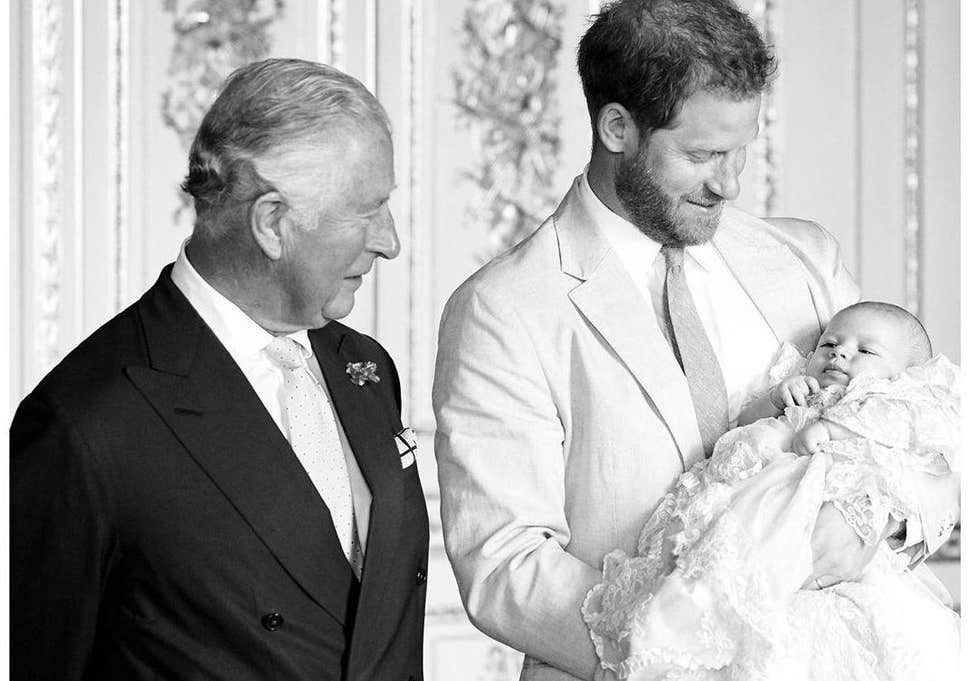 For the Cambridges Christmas photo, it’s likely going to be another outdoor shot possibly featuring Kate’s highly acclaimed summer achievement–her Chelsea Flower show exhibition. Though the garden shots would be a beautiful backdrop for the family of five, it’s still not certain as the Cambridges often dress seasonally for the images. William and Kate might opt to have a photo taken once again at Anmer Hall in Norfolk or on the grounds of Kensington Palace (circa their 2015 snap).

One thing we won’t see for their 2019 photo–the family on tour or a christening picture as they’ve used in the past; none of their children were baptized this year and the children did not accompany Will and Kate to Pakistan. In terms of the tone–the Cambridge clan picture will be playful and fun with a down-to-earth feel and highlight their cozy family togetherness while featuring Prince George, Princess Charlotte and Prince Louis in casual but smart clothing like knit swearers, tights and Wellies. We can’t wait to see the holiday cards this year!