All About the Cambridge Family Christmas Card 2019

Christmas cheer is here! A sneak peek of the Cambridge family Christmas card was shared on Twitter and royal watchers were thrilled with the casual and happy snap. Air Commodore Dawn McCafferty tweeted a look at the picture she received from Duchess Kate and spoiler alert–the Cambridge fam delivered in a big way for their annual portrait. The family of five brought the festive with their down-to-earth blue ensembles and country backdrop plus sweet smiles. 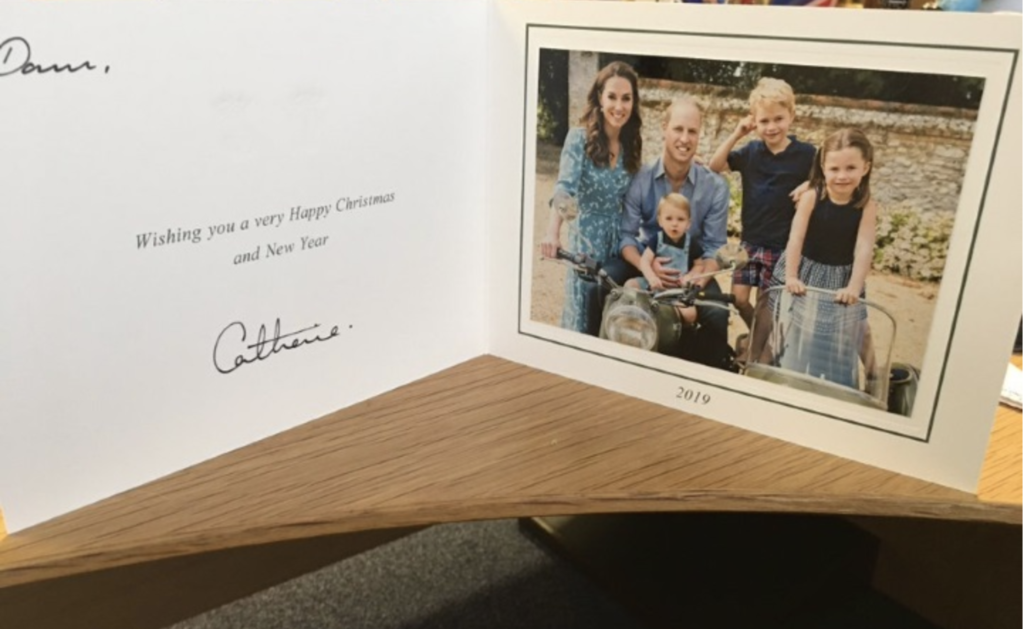 For the photo, the heir and his brood were seen playing around with a vintage motorbike which is not a big surprise as Prince William is a fan of riding motorcycles and even rode around London on the eve of his wedding to Kate in April 2011 (possibly a way to calm any last minute jitters). 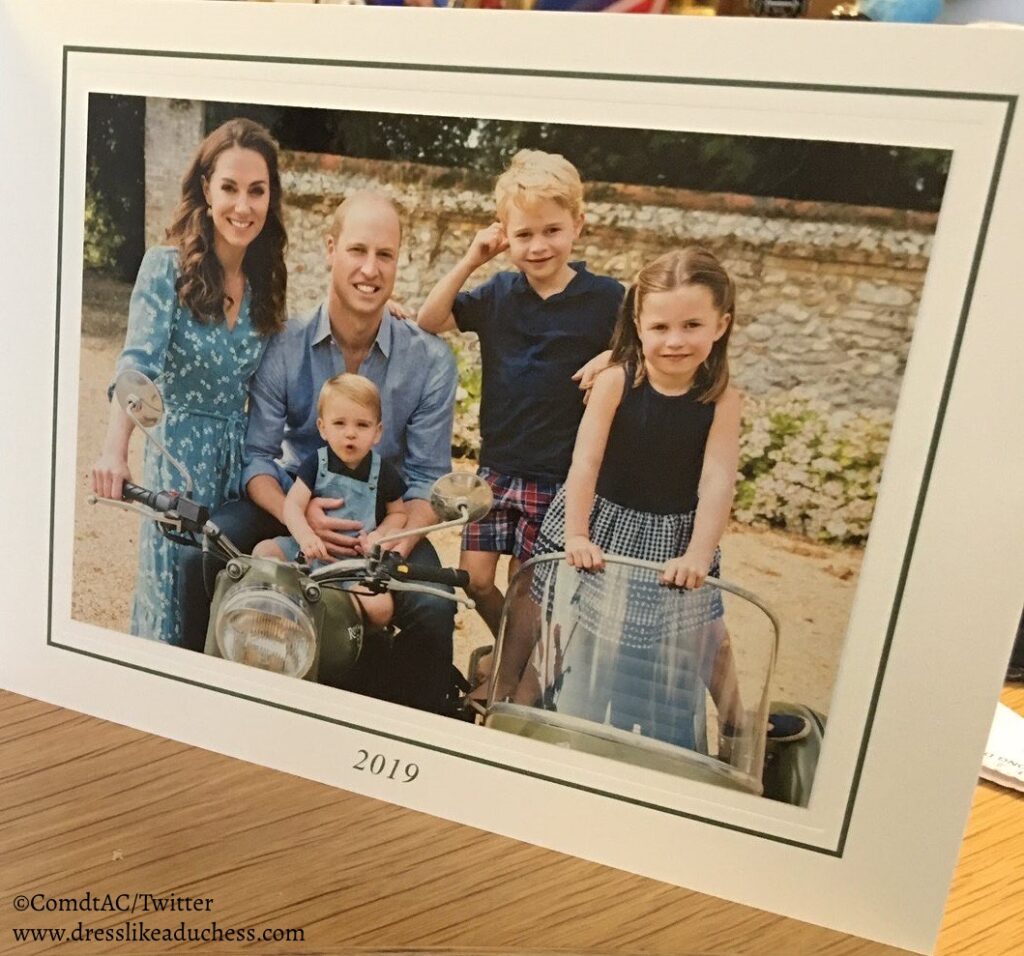 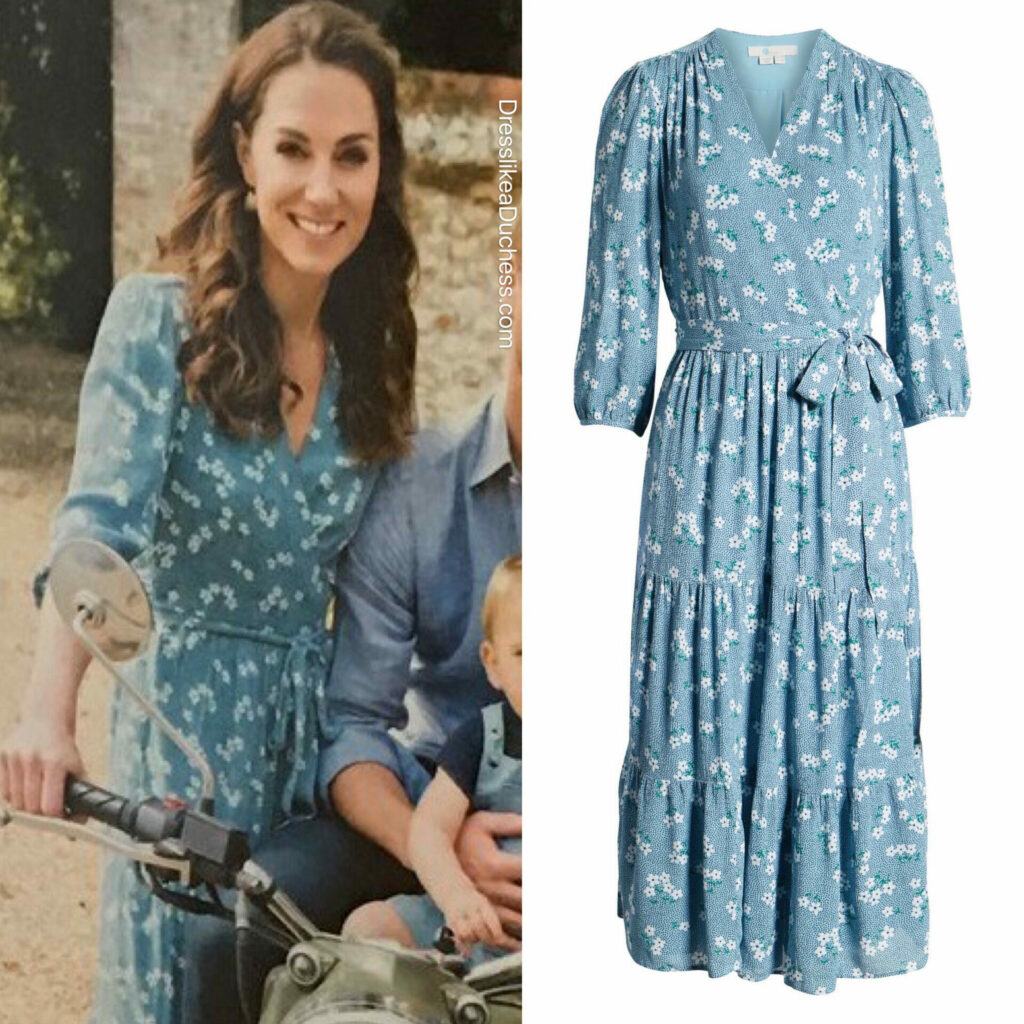 The Cambridge’s card is somewhat similar to a seasonal card released by Princess Diana and Prince Charles. Both William and Harry are dressed in light blue and standing on a fence not unlike the Cambridge children posed on the classic motorbike. 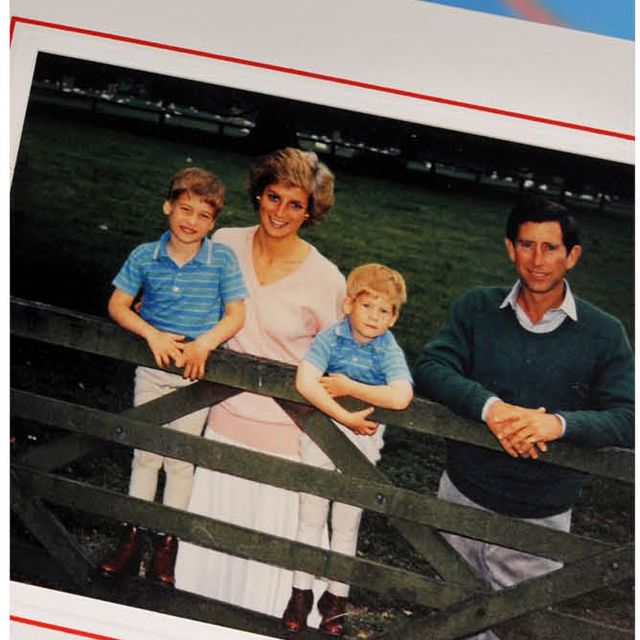