Duchess of Cambridge in Tartan for Queen’s Pre-Christmas Luncheon

The Duchess of Cambridge looked in high spirits following the success of her and William’s BBC Program: A Very Berry Christmas. The baking-centric special was lauded as down-to-earth and delightful with viewers impressed with Kate and William’s cooking, chemistry and charm. The mom of three was on her way to Buckingham Palace for a luncheon with the Queen and the rest of the royal family to celebrate the couple’s TV triumph as well as to mix and mingle under the mistletoe.

Following the sartorial success of her red plaid tartan skirt by Emilia Wickstead worn last year to a Christmas party, the duchess again opted for the festive yuletide print which is often associated with Scotland and has become symbolic of the season. 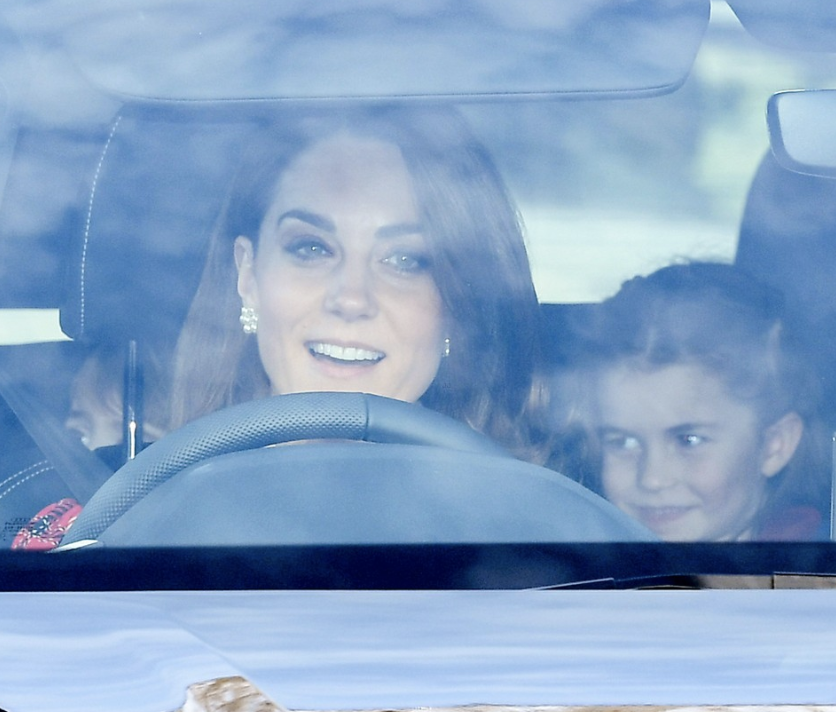 Kate drove with Prince Louis and Princess Charlotte while Prince William rode with Prince George in the passenger seat. After leaving the palace, the children were all seen in the back of the same car with William doing the driving. And in other related news, it’s being reported that Prince George and Princess Charlotte may make the walk to church on Christmas Day alongside their parents for the first time. We can’t wait for the festive family togetherness! 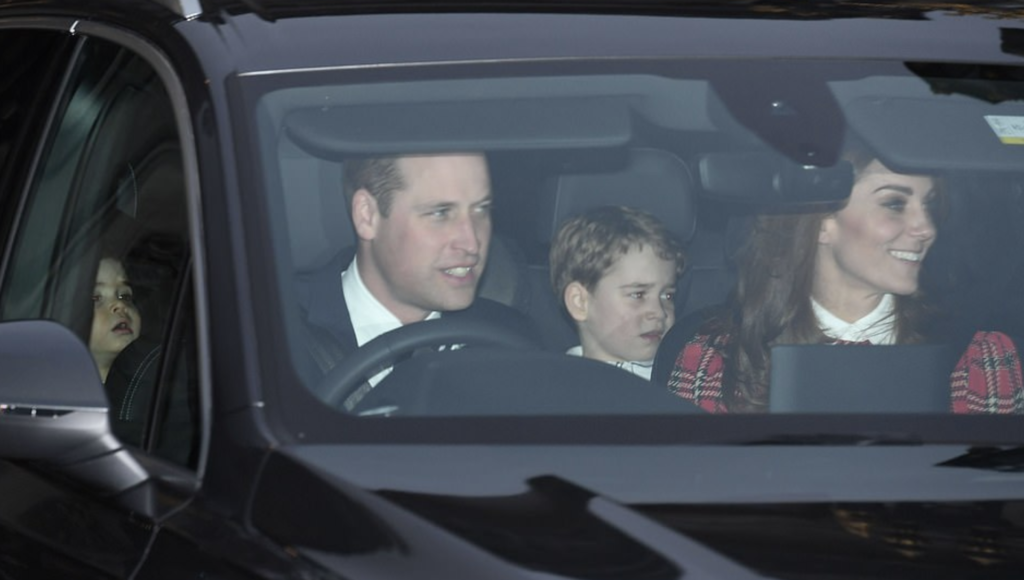 For the afternoon affair, Kate opted for a tartan dress by designer favorite Emilia Wickstead. It’s believed the duchess wore a modified or custom version of the brand’s Anni Tartan Pleated Chiffon Crepe Midi Dress. The design is described as having a “nostalgic feel” and is crafted with semi-sheer silk blouson sleeves that gather at white button-up cuffs. In addition, the red patterned dress is cinched at the waist with a matching belt for a flattering feminine silhouette.

Kate’s dress appears to have alterations made to the sleeves. 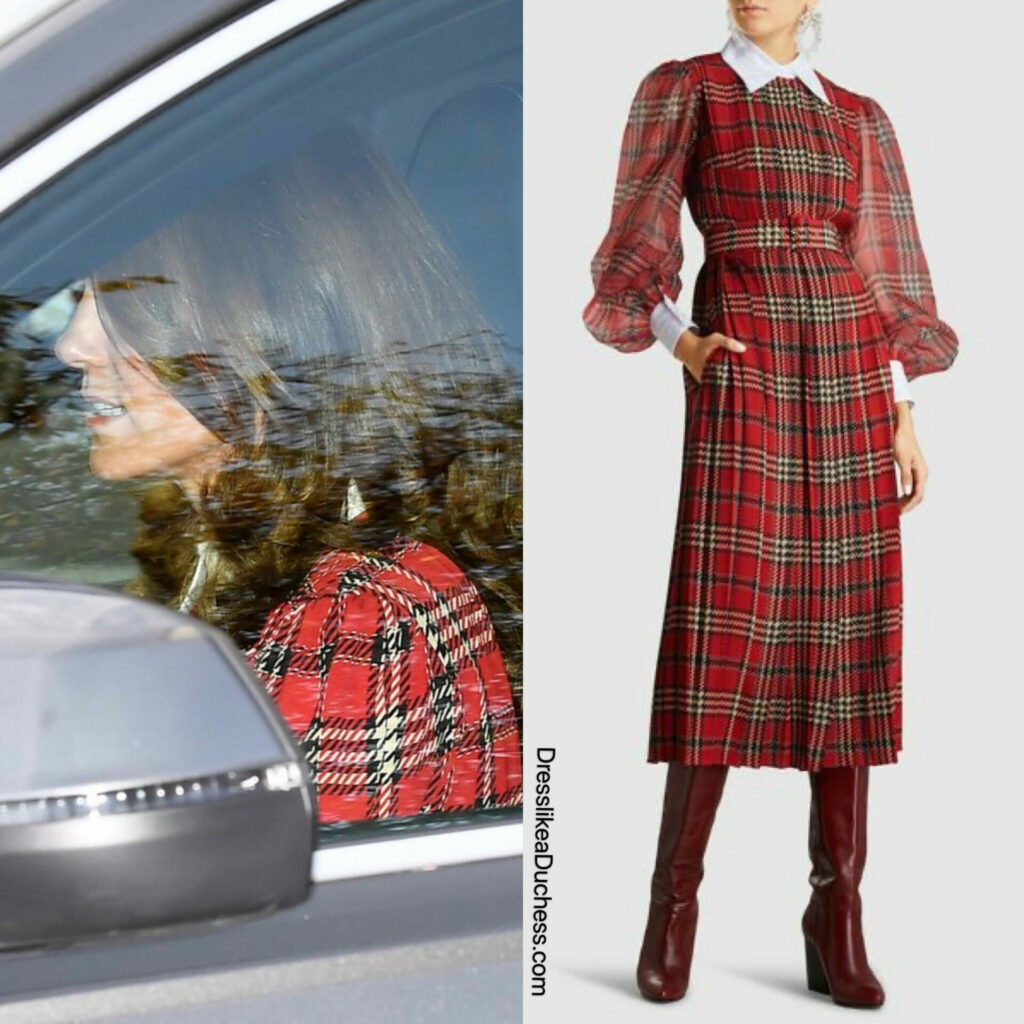 We likely won’t see anymore photos of Kate in the dress at the luncheon but there’s a high likelihood she will wear the design again for a future engagement. Kate also wore her Cassandra Goad Cavolfiore pearl cluster earrings that she’s worn multiple times recently for Remembrance Day events in 2018 as well as to the baptism of Prince Louis. 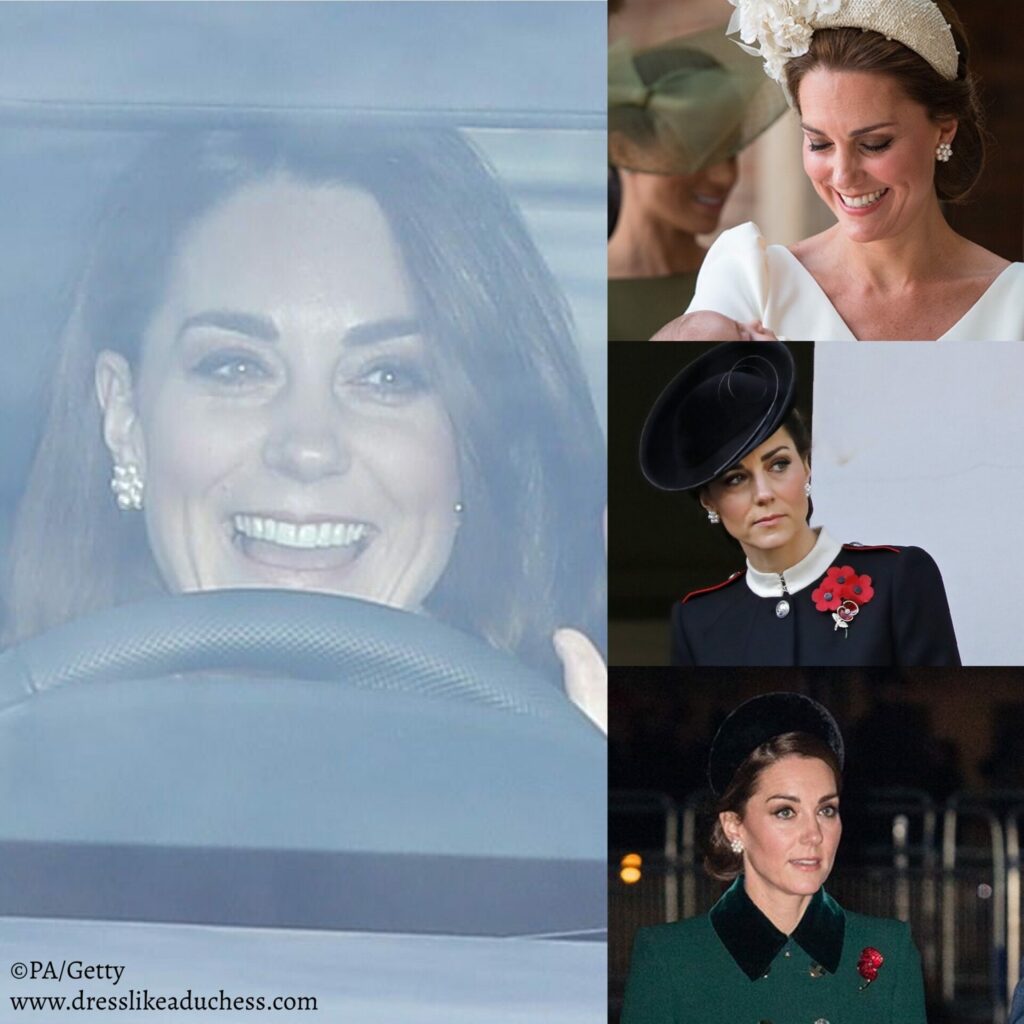