Little Archie Harrison is enjoying the holidays with his mom, dad and grandmother so he’s bound to be spoiled over Christmas — but the Sussex family isn’t the only ones who are inundating the cherubic royal tot with gifts galore. In fact, baby Archie has been deluged with handmade trinkets, clothing and books since his arrival into the world on May 6th, 2019. The sweet first born son of the prince and his duchess has received an enormous amount of special presents since his historic birth.

Here are the 7 Best Gifts Archie Harrison has Received as a Royal Baby:

When attending a charity baseball game at Olympic stadium in June of this year, Prince Harry and Meghan Markle met with players and were gifted not one but two jerseys from the opposing teams. Lucky little Archie received his own Yankees and Red Sox jersey.

Princess Margriet of the Netherlands gifted dad Prince Harry with a special onesie displaying the name of his multi-sport Invictus Games. The proud papa beamed as he received the special clothing item from the Dutch royal in May 2019.

The Queen of daytime chat revealed she gave Archie Harrison the ‘standard gift‘ that she gives many of her friends’ children–lots and lots of books! The famous TV titan gave actress Mindy Kaling a U-haul full of books along with a hand-carved bookcase for daughter Katherine, thus it’s safe to assume Archie likely received a sizable shipment of literature from Lady O after his grand arrival into the world.

A mere two months after Archie’s arrival, the Duke of Sussex visited Sheffield Children’s Hospital in England where he was given a custom made American themed blanket with the Sussex’s conjoined monogram as well as little Archie’s name. Plus, Harry received a little bear named Theo (the hospital mascot).

Hopefully Mama Meghan has a helmet! Prince Harry scored another precious gift for his son from the Sentebale Polo Cup held in Rome, Italy in late May 2019. Friends of the prince presented the royal with a special monogrammed mallet for his son’s future sporting good collection. 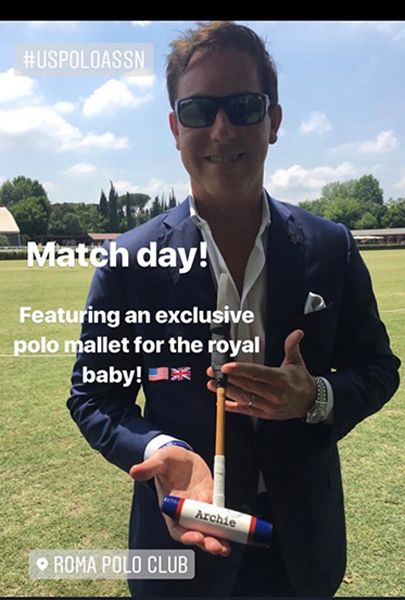 Disney released a new Winnie the Poo animation as a gift for Harry and Meghan following the arrival of their son in May. The short was hand-painted in watercolor by Kim Raymond and it’s destined to be one of Archie’s favorite cartoons! 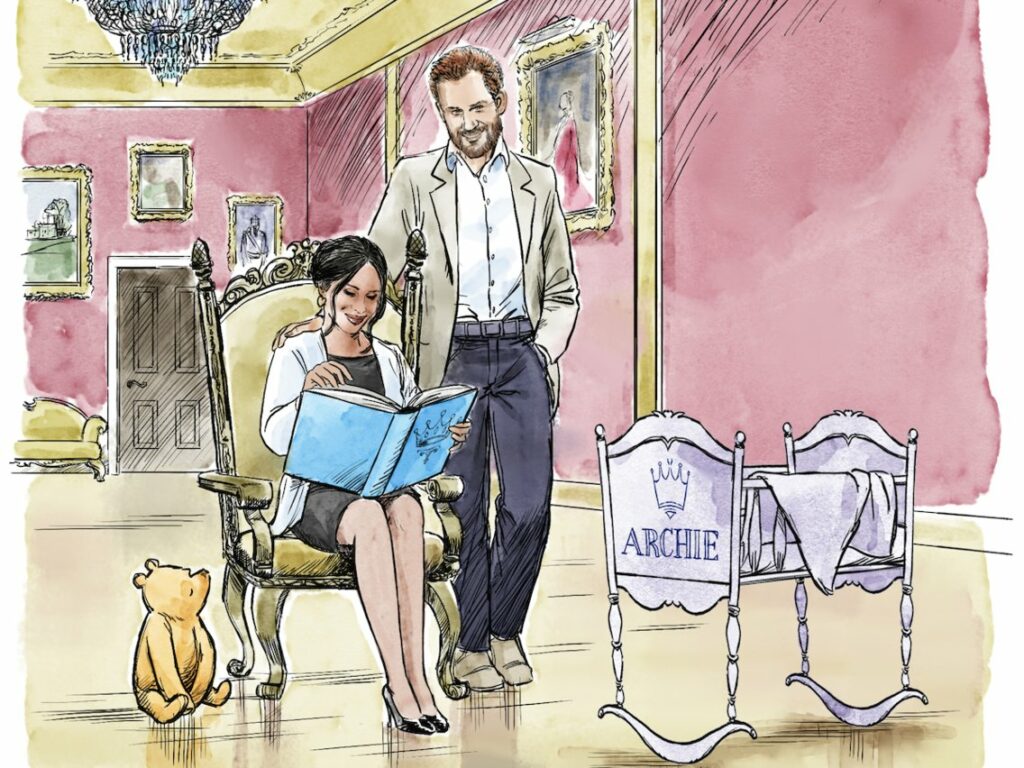