Rumor has it that the Sussexes will bring baby Archie to Balmoral to spend time with the Queen over the summer. Sources say the reigning monarch is eager to see her great-grandson and the Scottish estate provides the ideal setting for a family reunion. As Meghan and Harry begin a new life in Canada–it’s the perfect time to look back on the Duchess of Sussex’s time spent as a senior royal and most memorable moments with Harry’s grandmother, Queen Elizabeth II.

Here are Meghan Markle’s Cutest Moments with the Queen:

Meghan and the ruling British royal shared a bit of an inside joke at the balcony of Buckingham Palace. For the Centenary of the RAF, the Duchess wore a boatneck dress by Dior. 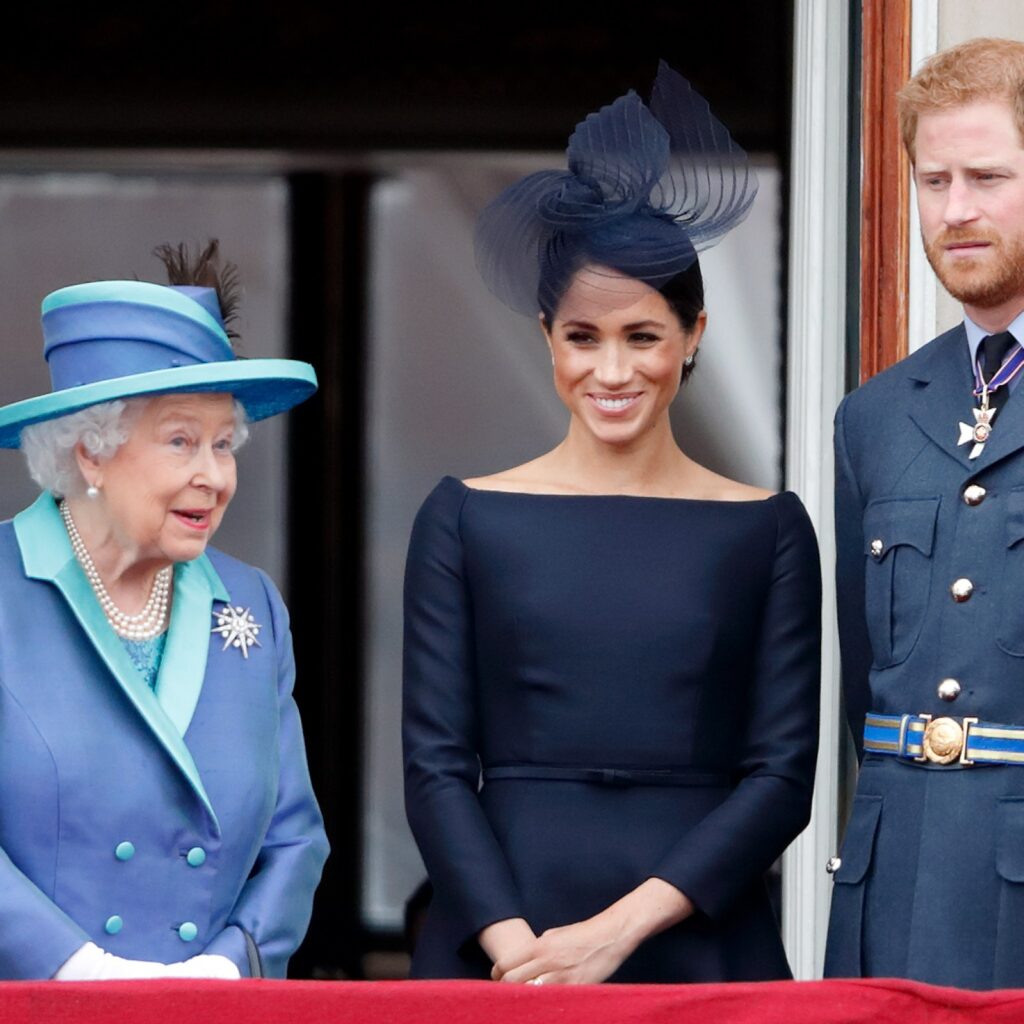 For a special outing with Her Majesty the Queen, Meghan wore a Givenchy dress and belt while frequently joking with Harry’s ‘nan’ in Cheshire.

Harry and Meghan looked deeply in love on their wedding day and the Queen appeared every inch the proud grandparent. 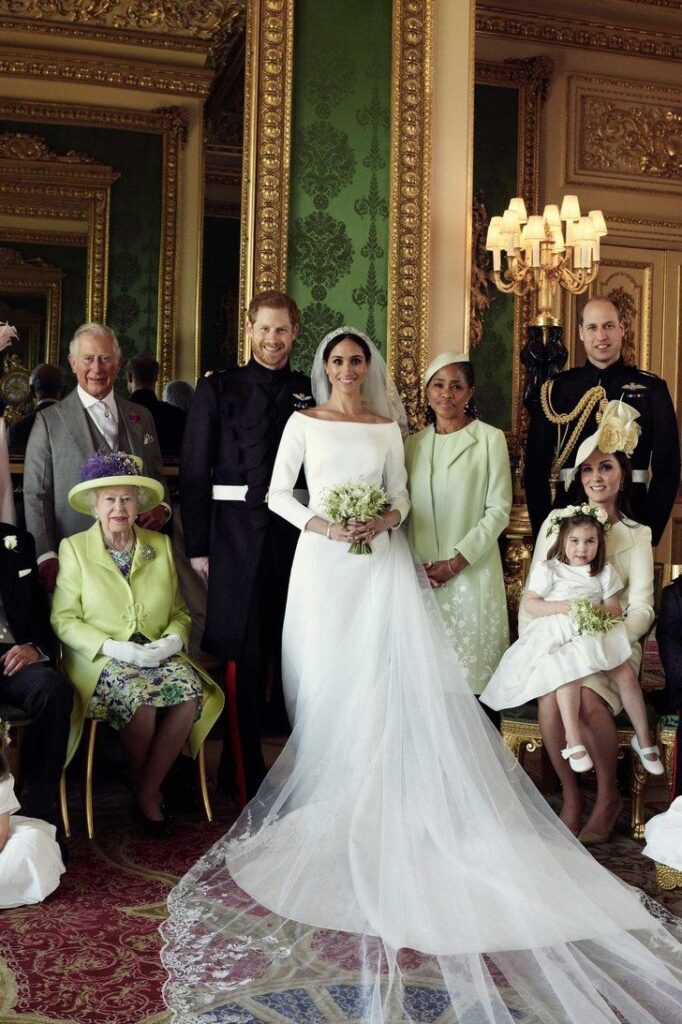 At Royal Ascot, the Queen gave the duchess a sweet smile as she and Harry joined the royal family for a day of watching thoroughbred horse racing just six miles from Windsor Castle. 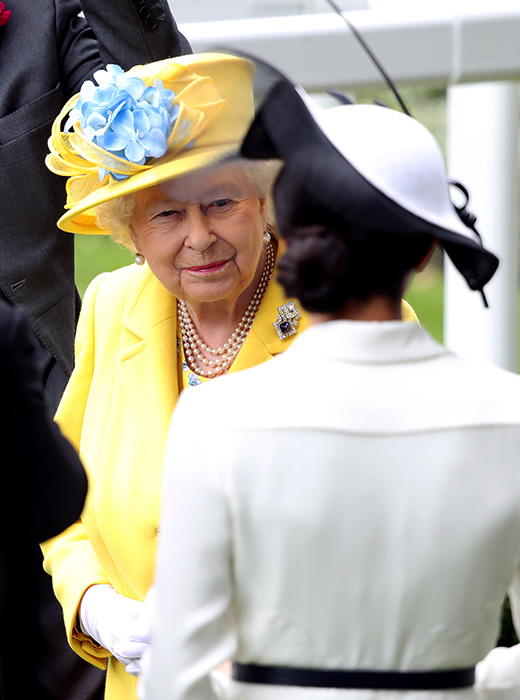 The Queen was absolutely thrilled with the arrival of baby Archie Harrison and was enamored with her newest relative immediately. 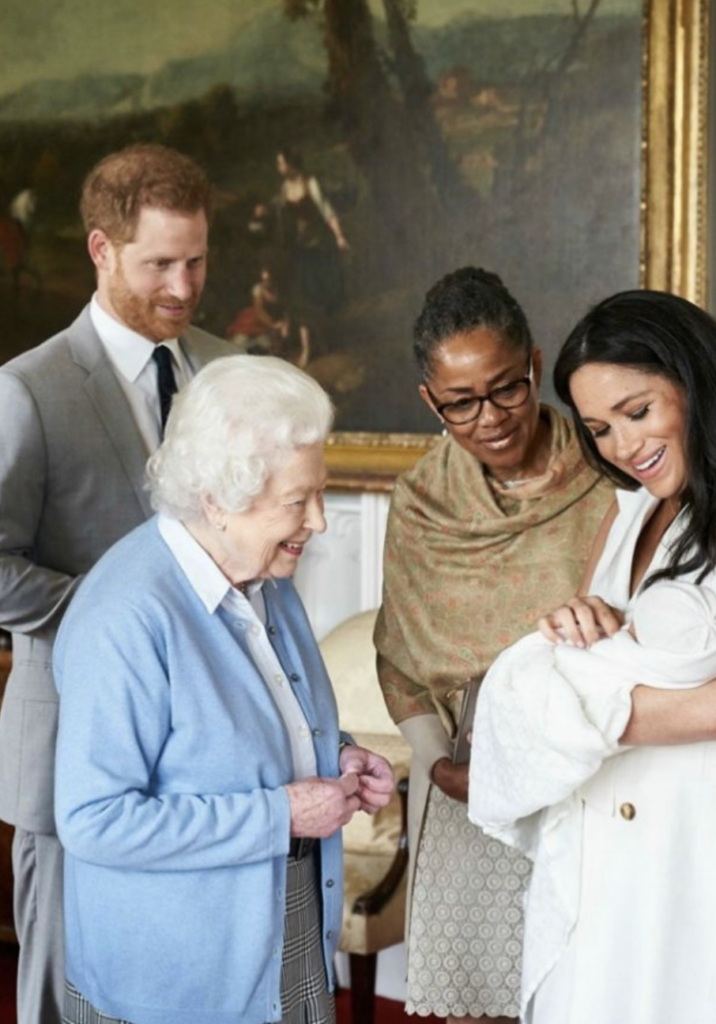 Sitting side by side with Britain’s longest ruler, Meghan appeared to be mirroring the monarch for the Queen’s Young Leader Awards in 2018. 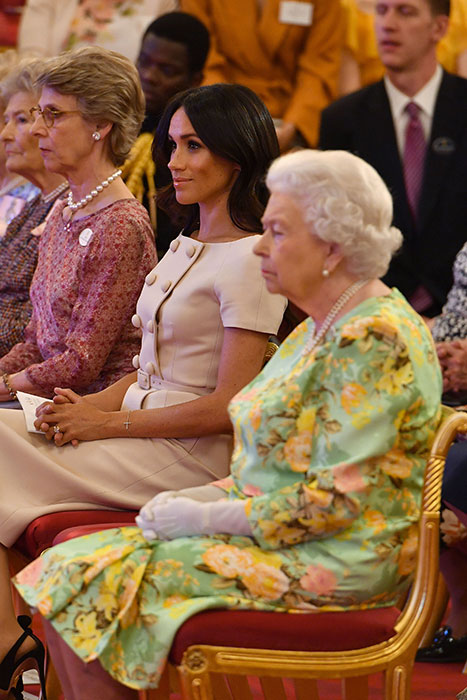 For the Queen’s birthday festivities, Meghan appeared to be sending the Queen admiring glances on the Buckingham Palace balcony. For the event, the duchess wore a pale pink Carolina Herrera ensemble with large asymmetric buttons and an off-the-shoulder neckline. 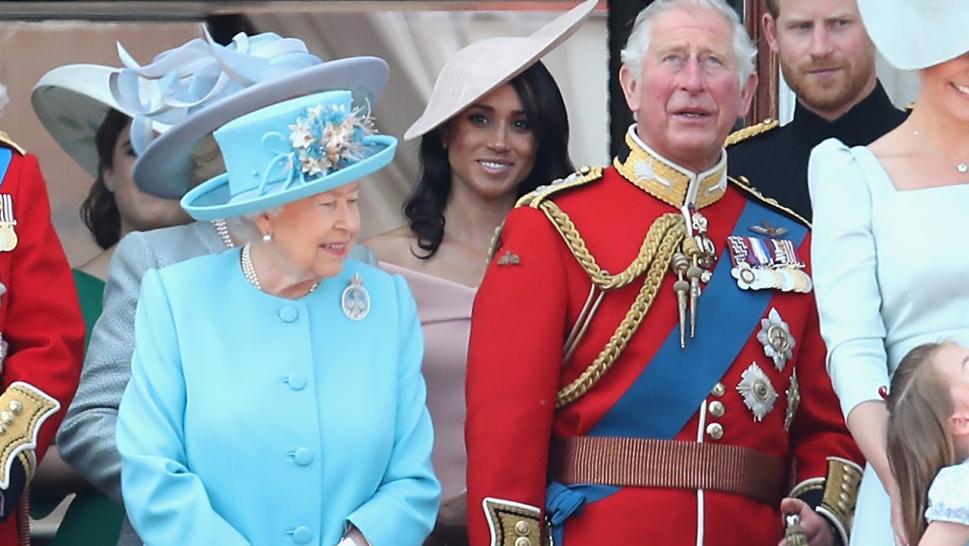