As the Duke and Duchess of Sussex settle into their life in California, Meghan will likely want to resume rewearing her wardrobe of casual and comfy basics. As the duchess has already been on Zoom in a plain white t-shirt, it’s guaranteed that when she’s dressed down at home she’s often wearing her collection of timeless tees and tanks.

For a peek inside her hair and makeup trailer, the future duchess showed off some stripes in this short-sleeved nautical top. Similar HERE 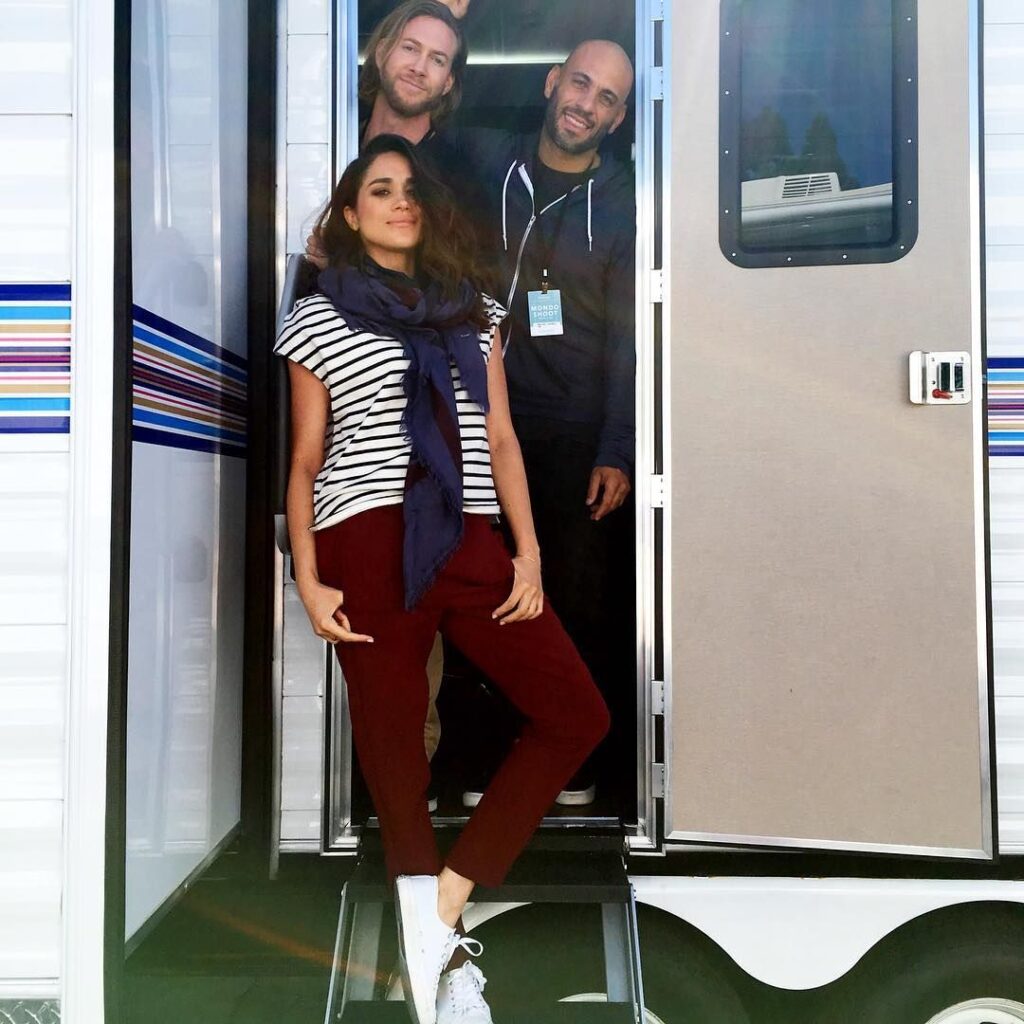 J. Crew Save the Bees Shirt

Buzzworthy! The brunette actress declared her affection for yellow and black insects at her Toronto home with a conservation-minded tee. Similar HERE 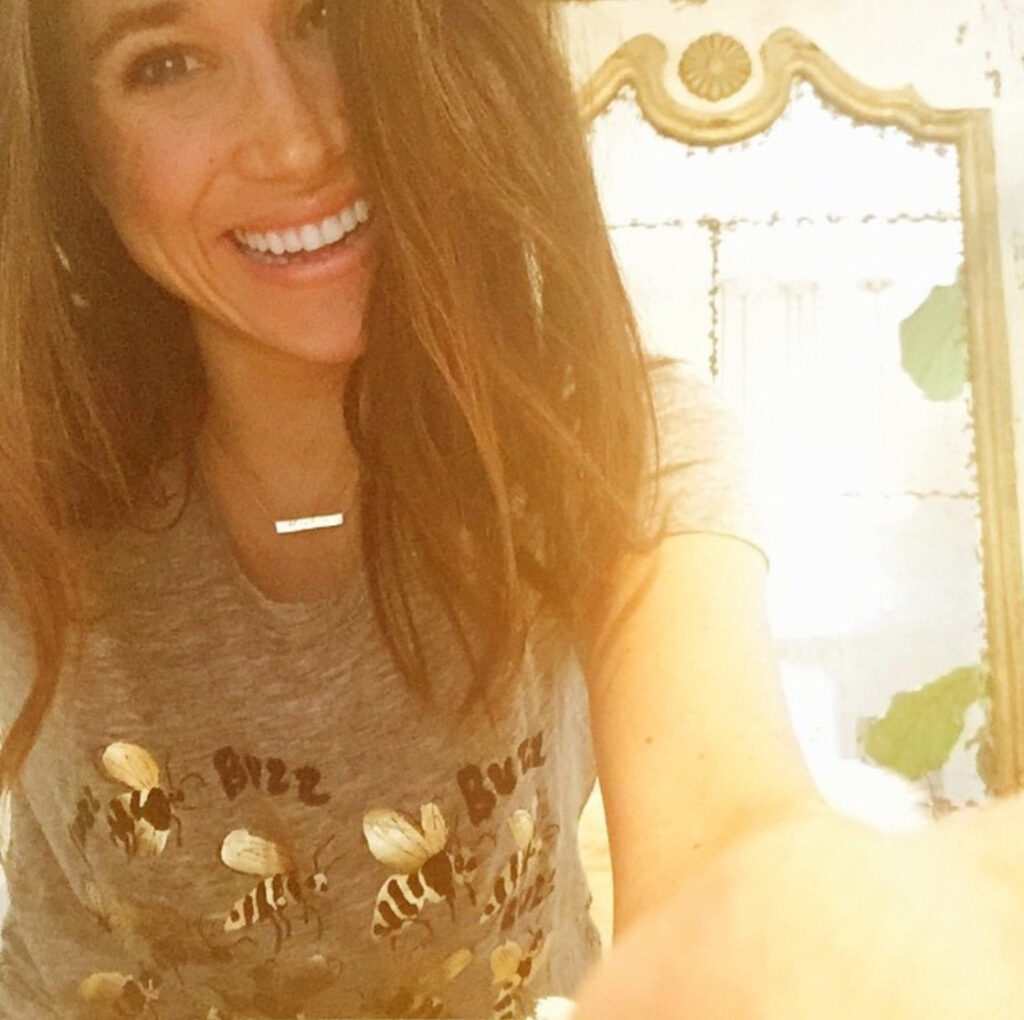 For an NBA playoff game with pal Jessica Mulroney, Meghan wore this casual black crewneck t-shirt in May 2016 in Toronto. Similar HERE 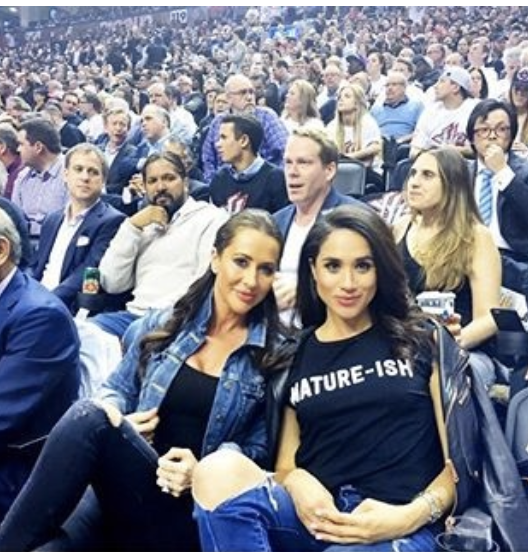 For a fun and jovial selfie, the future royal was clad in a rolling tee which she claimed was one of her all time favorites. On the Tig she declared, “So pretty much my favorite tshirt of all time. Mermaid off-duty. Love!” Similar HERE 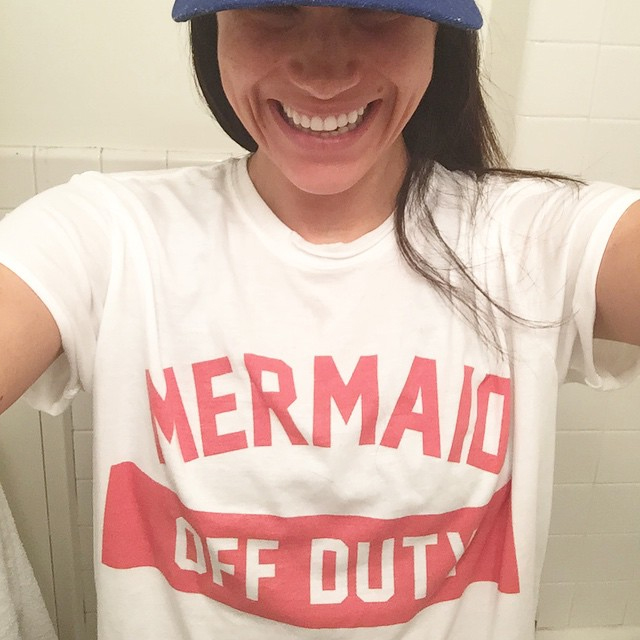 Showing off her irreverent side, Meghan wore this comical and cutesy tee for pre-Emmy event in Los Angeles in September 2005. Similar HERE 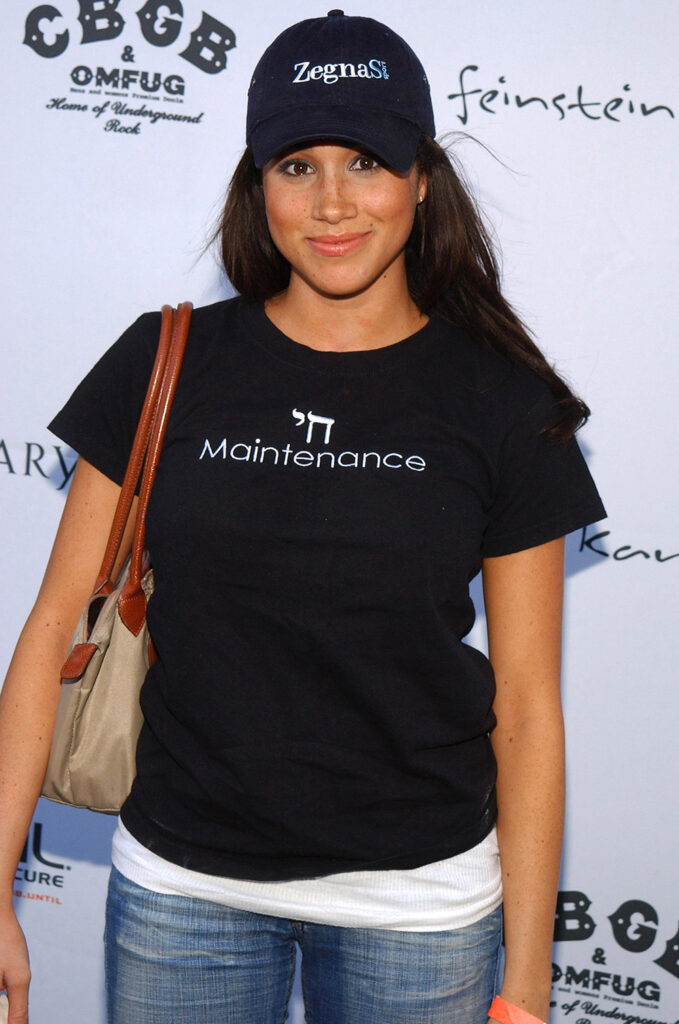 Proving she was a brat packer like every film fanatic in the 80s — Meghan emphasized her devotion to Sixteen Candles with her t-shirt at a London apothecary. Similar HERE 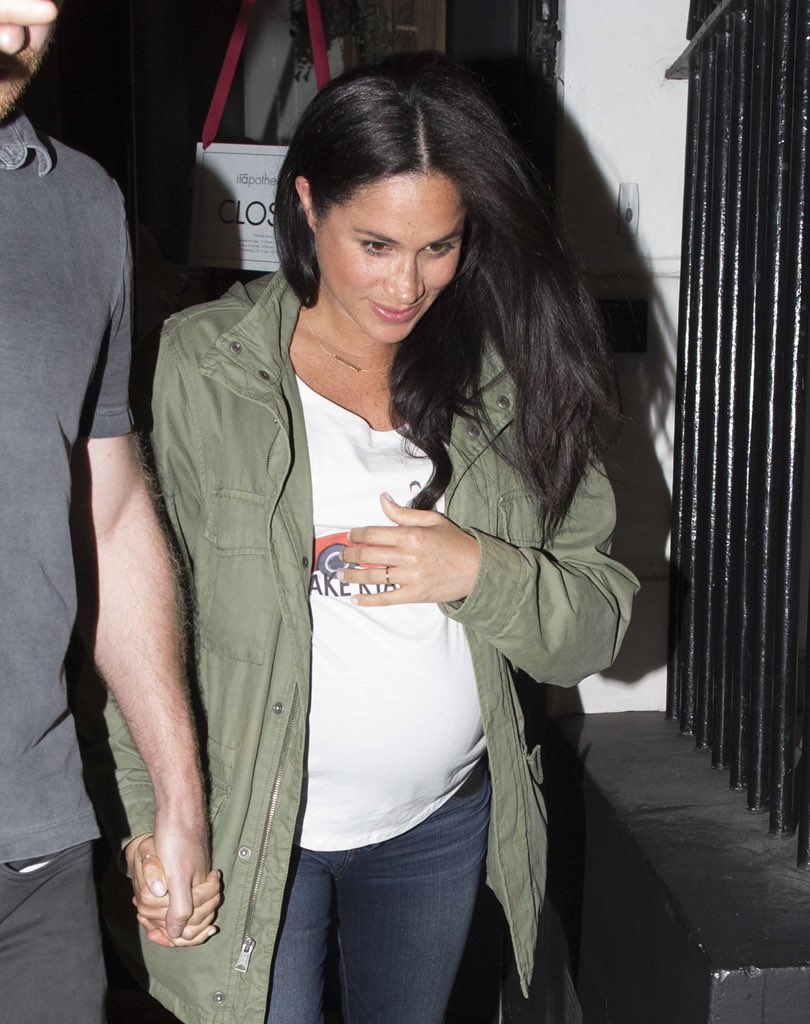 While lounging with a pal’s daughter, Meghan showed off this classic French inspired tee with a message that means, “to insanity” or “to madness.” Similar HERE 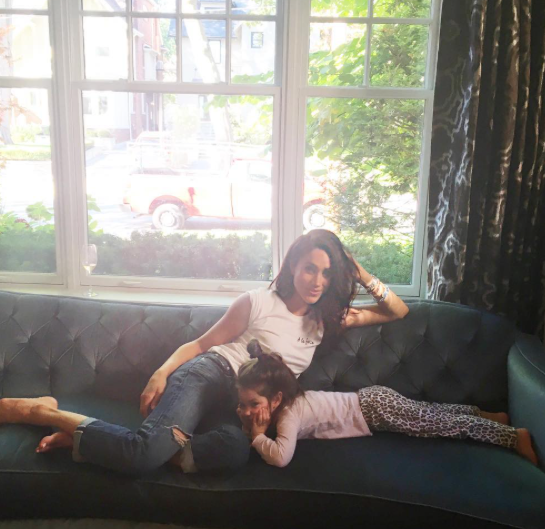 While more of a tank than tee, Meghan sported this low back style for an Instagram post in 2016. The Suits star appeared to be busy studying a script. Similar HERE 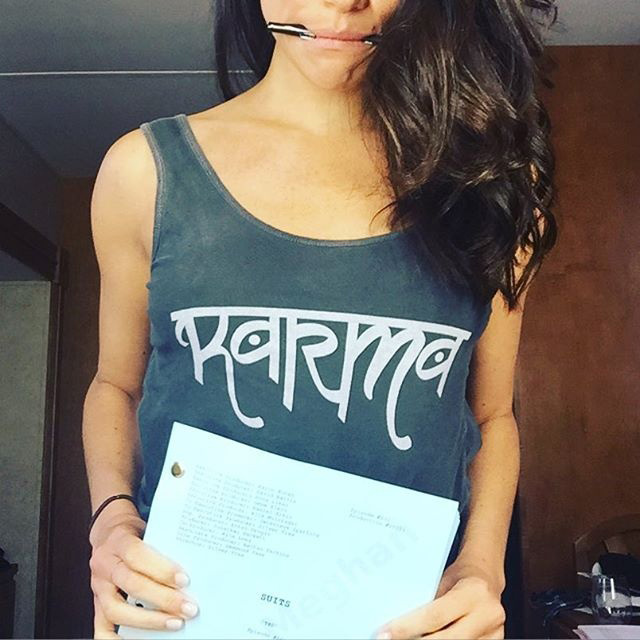 The budget minded future princess looked ready for some sunshine in her racerback tank which was part of a pajama set from the popular US retailer. Similar HERE 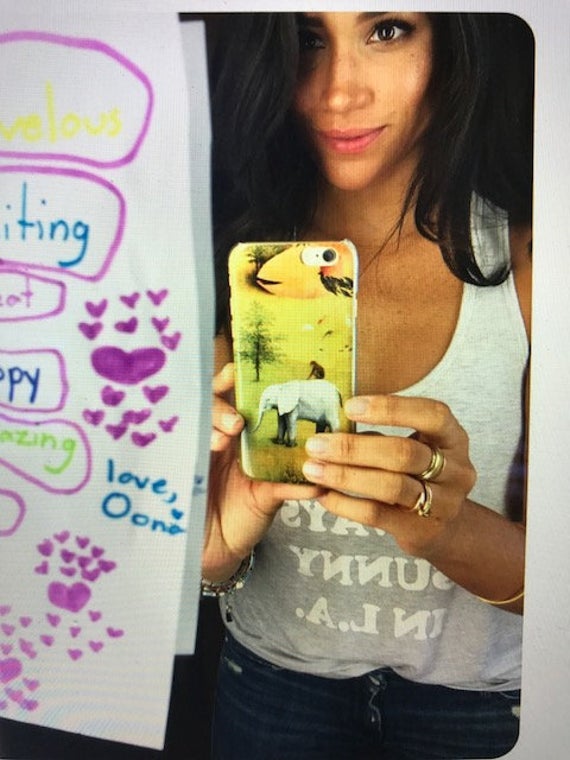