No rest for the newlyweds.

After a star-studded wedding full of modern glitz and glamour, the newly minted Duke and Duchess of Sussex are not jetting off on an exotic honeymoon right away. Instead, they’re attending an event honoring Prince Charles’ charity work and will be among 6000 guests for his pre-birthday celebration. Also in attendance? The Duchess of Cornwall in green.

In addition, guests include representatives from the Police, Fire and Ambulance, Mountain Rescue, RNL1 and 100 cadets from Youth United and emergency service personnel who responded to the Manchester Arena bombing.

Prince Charles is celebrating his milestone 70th birthday–six months before the actual day on November 14th likely in part because the weather in London would not be conducive to a garden party.

The event celebrates the Prince of Wales’ patronages and military affiliations as well as others involved in charities supported by the Prince. There were speeches given to honor Prince Charles and his work and in a funny moment, the Duke of Sussex was attacked by a bumble bee. He told the crowd, “Sorry, that bee really got me.” The Duchess of Sussex and Duchess of Cornwall appeared to share a giggle after Prince Harry’s run-in with the flying insect.

The duchess is wearing a cream colored silk crepe pencil dress dress by GOAT called the Flavia and carrying her Wilbur and Gussie oyster silk envelope clutch. The shoes she selected are Tamara Mellon siren pumps in blush. She’s also wearing a hat by one of the Duchess of Cambridge’s favorite milliner’s Philip Treacy. In addition, the Duchess of Sussex is wearing Vantugen Idylle rose earrings. She also wore pantyhose for today’s outdoor event and had her hair pulled back in a sleek chignon. 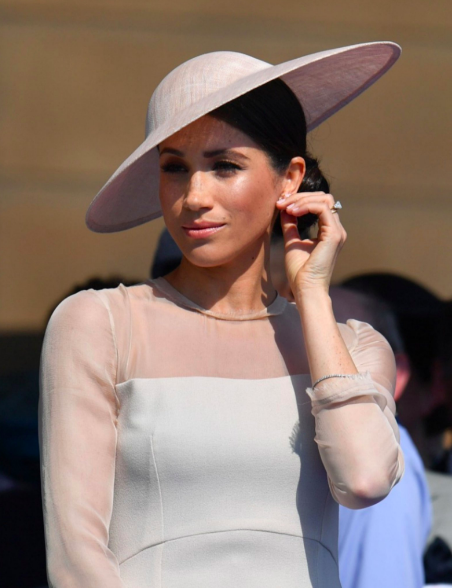 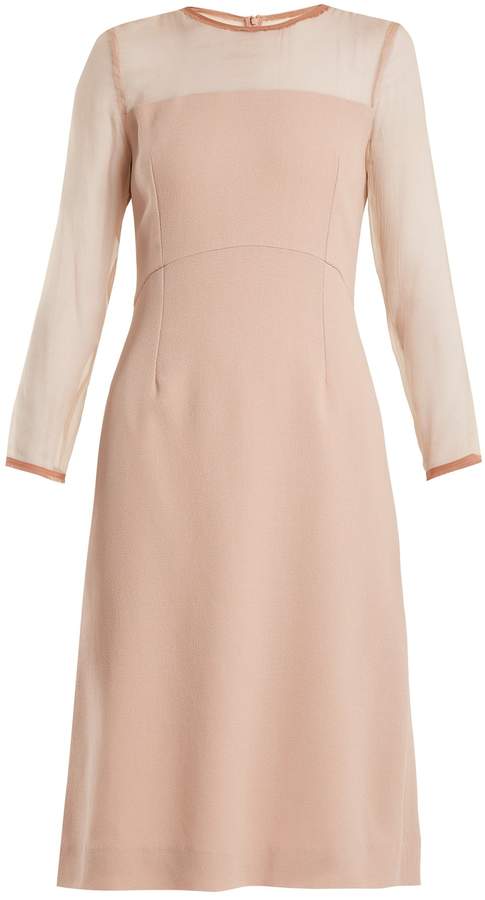 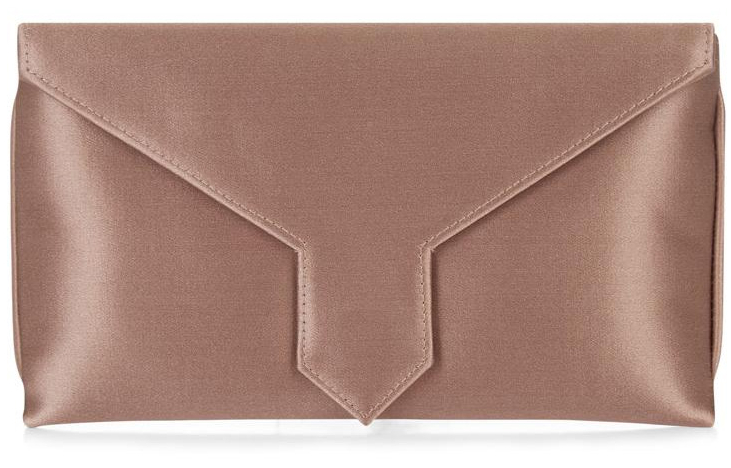 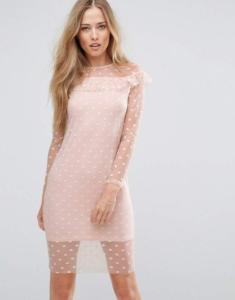 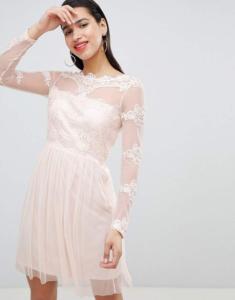