The Duchess of Cambridge cut a striking figure in a military inspired coat with high collar and tassel shoulder detail to commemorate Remembrance Sunday in the UK. With new Covid lockdown restrictions in place in England, the royal family practiced social distancing as well as wore masks for the tribute honoring the country’s military and fallen heroes.

Kate joined the Duchess of Cornwall on the same balcony for the London service while the Queen was joined by her lady in waiting Susan Rhodes. The monarch has been quarantining with her personal assistant during the pandemic.

Appearing somber and serious, the mom of three displayed a look of recognition and pride when husband Prince William laid a wreath at Cenotaph.

Kate’s expression was captured by the BBC. 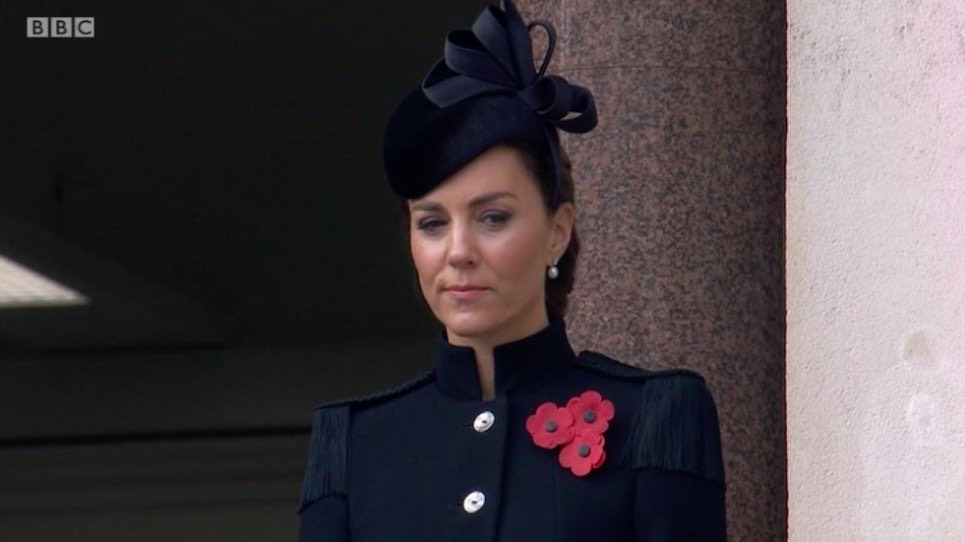 For the memorial service, the Duchess wore an elegant bespoke Catherine Walker coat with three poppies pinned to her lapel. It’s believed Kate was honoring her great-grandmother Olive Middleton’s three brothers who died fighting in World War I.

The future Queen consort also opted for a new fascinator by Philip Treacy. A similar floral fascinator from Kate’s milliner is available HERE 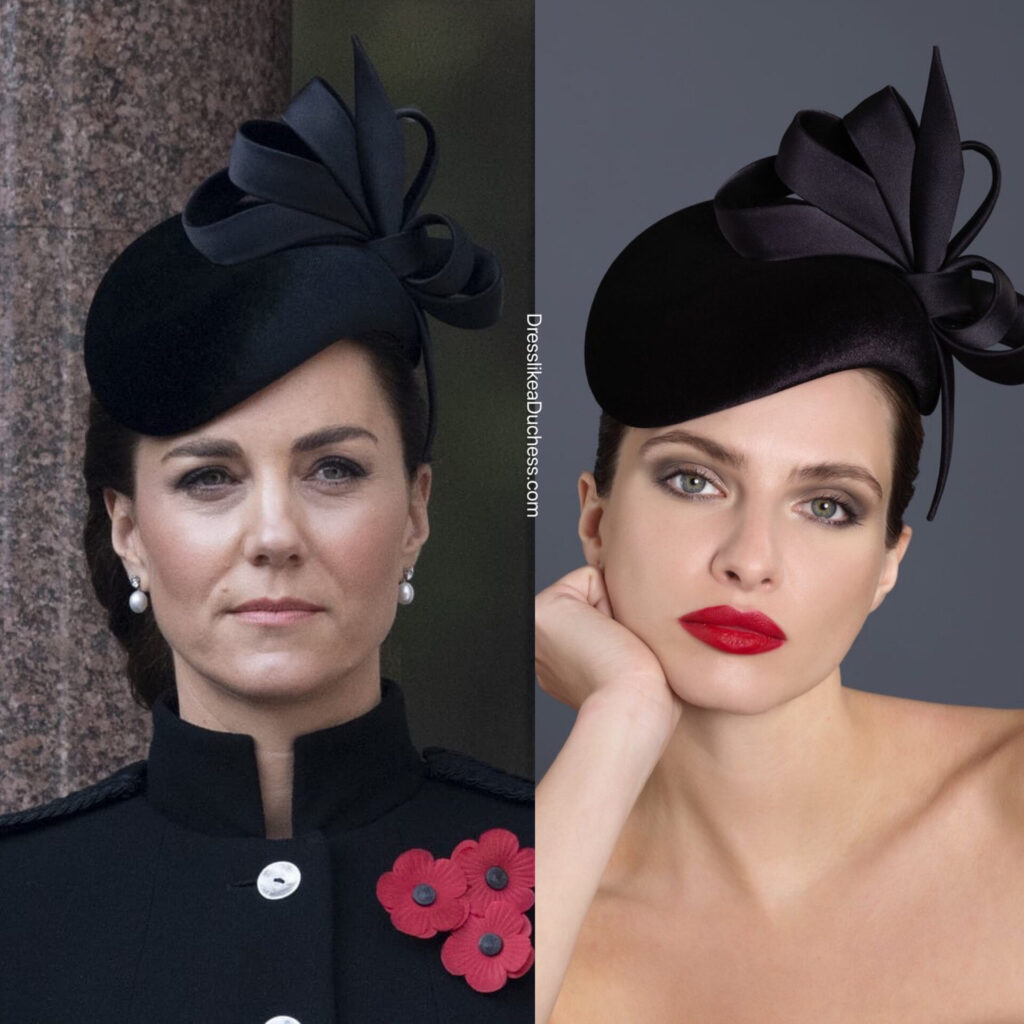 In addition, the duchess wore the Queen’s diamond and pearl earrings — which she has worn on previous royal engagements. 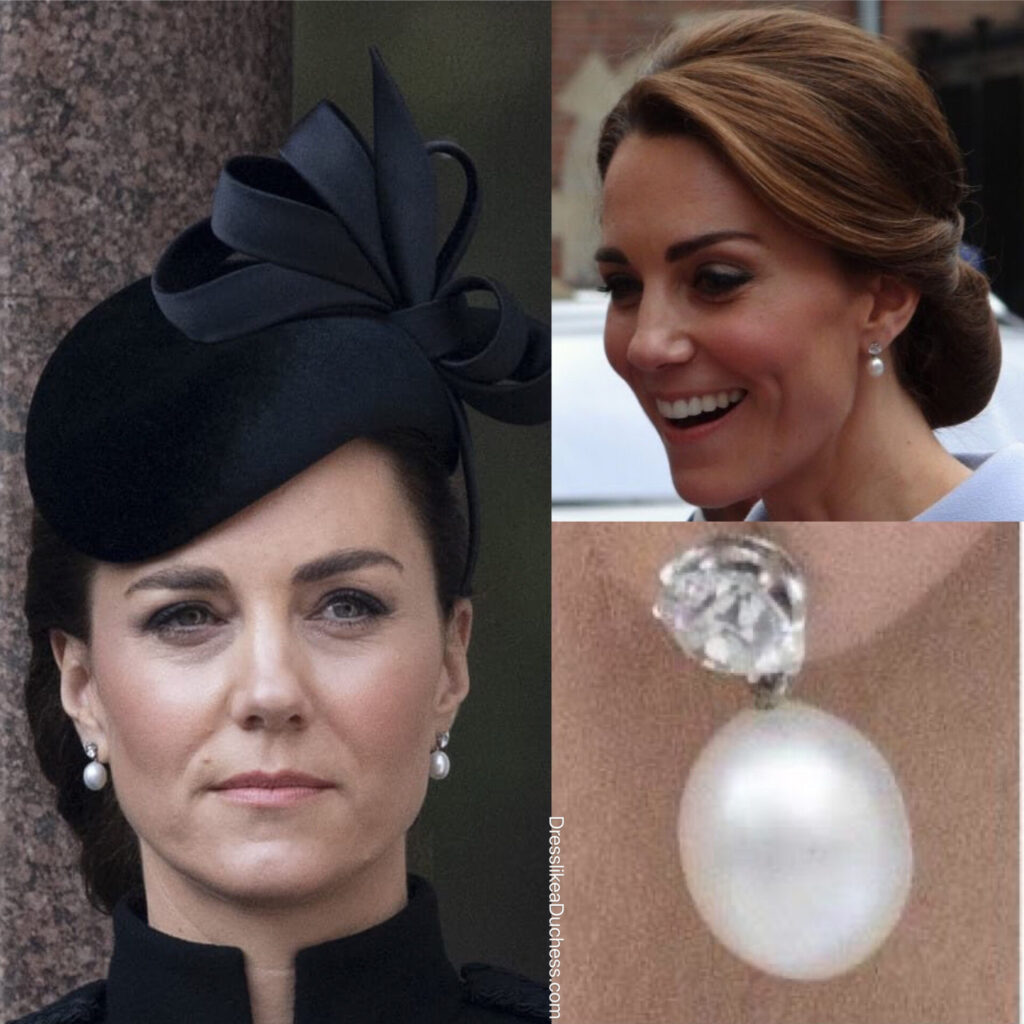 Queen Elizabeth herself has worn the pair and she has also loaned the earrings to Sophie Wessex. Interestingly–the Duchess of Sussex was thought to have been gifted a similar pearl and diamond stud set from Her Majesty’s personal collection. A Replikate of Kate’s earrings is available HERE 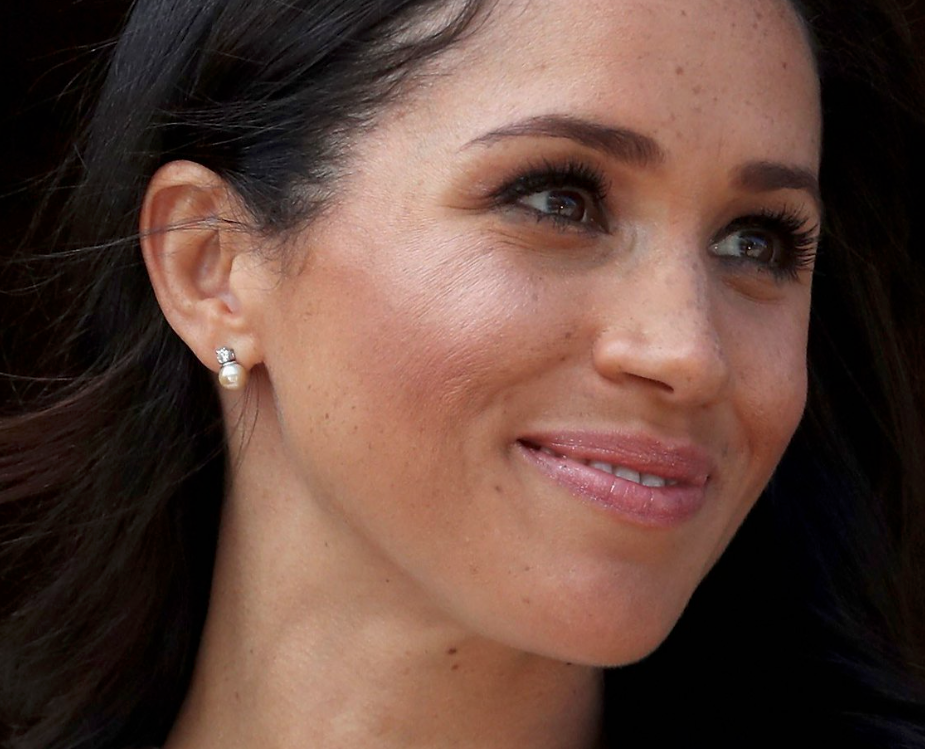 Many royal watchers were impressed not only with Kate’s regal ensemble and poise but also by her intricate updo.

The Cambridge matriarch opted for another Amaia Kids face mask for her return ride to Buckingham Palace alongside her husband Prince William.

The adult cotton face mask is in the design ‘black plumetti.’