Causing a Lo-commotion! The Duke and Duchess of Cambridge began a whirlwind 3-day train tour traveling across Europe to thank frontline workers and staff for their hard work and dedication during the Covid-19 pandemic. The Cambridges began their royal railroad adventure at Euston Station where they met front-line transport staff before watching Shakin’ Stevens perform. The couple then boarded the Royal Train to begin a 1250-mile journey across England, Scotland and Wales.

For the outing, Kate opted for her forest green military inspired coat by Alexander McQueen which she wore on a previous outing in Bradford as well as for a tour stop in Ireland.

The busy mom of three also wore a familiar scarf and opted for her Maple Leaf Tartan Scarf by York Scarves which she donned on the Royal Tour of Canada in 2016. 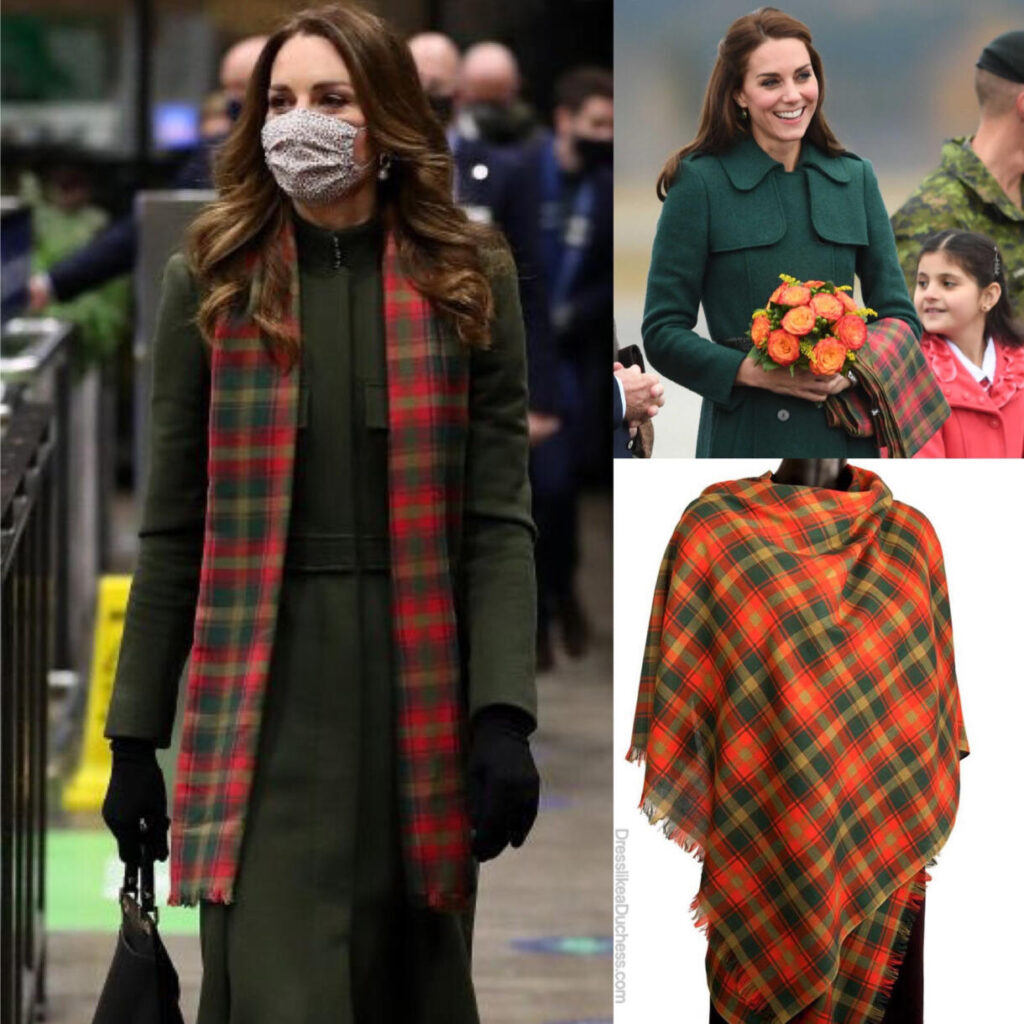 The holiday friendly scarf brought the festive vibes and added a pop of color to her monochromatic ensemble. 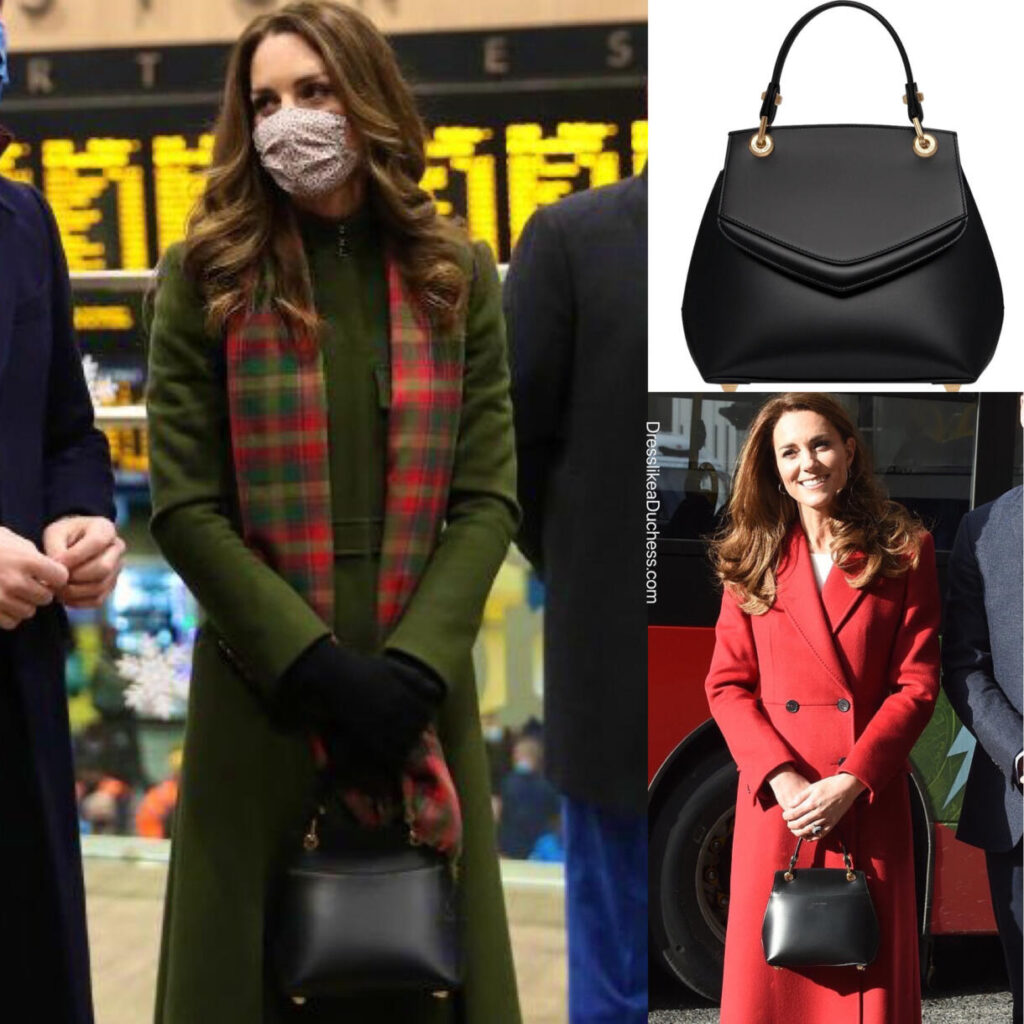 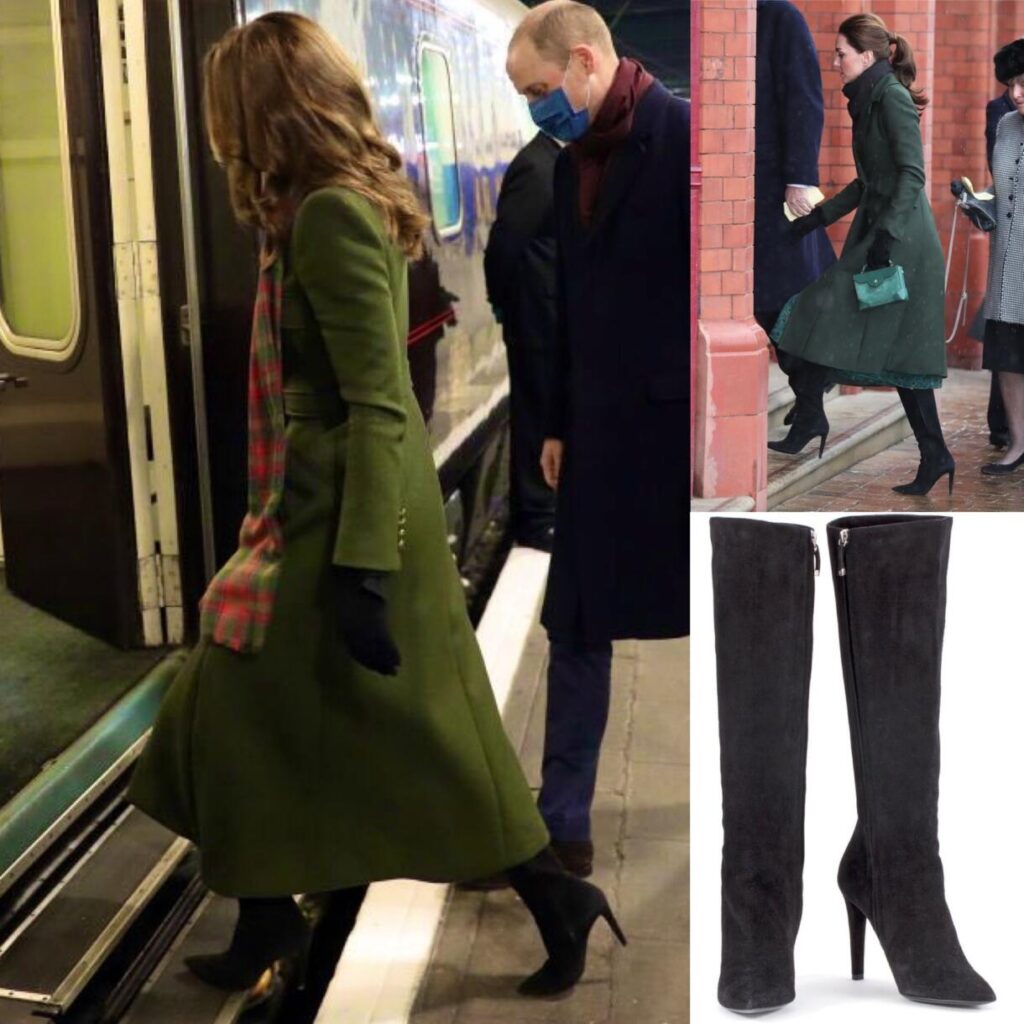 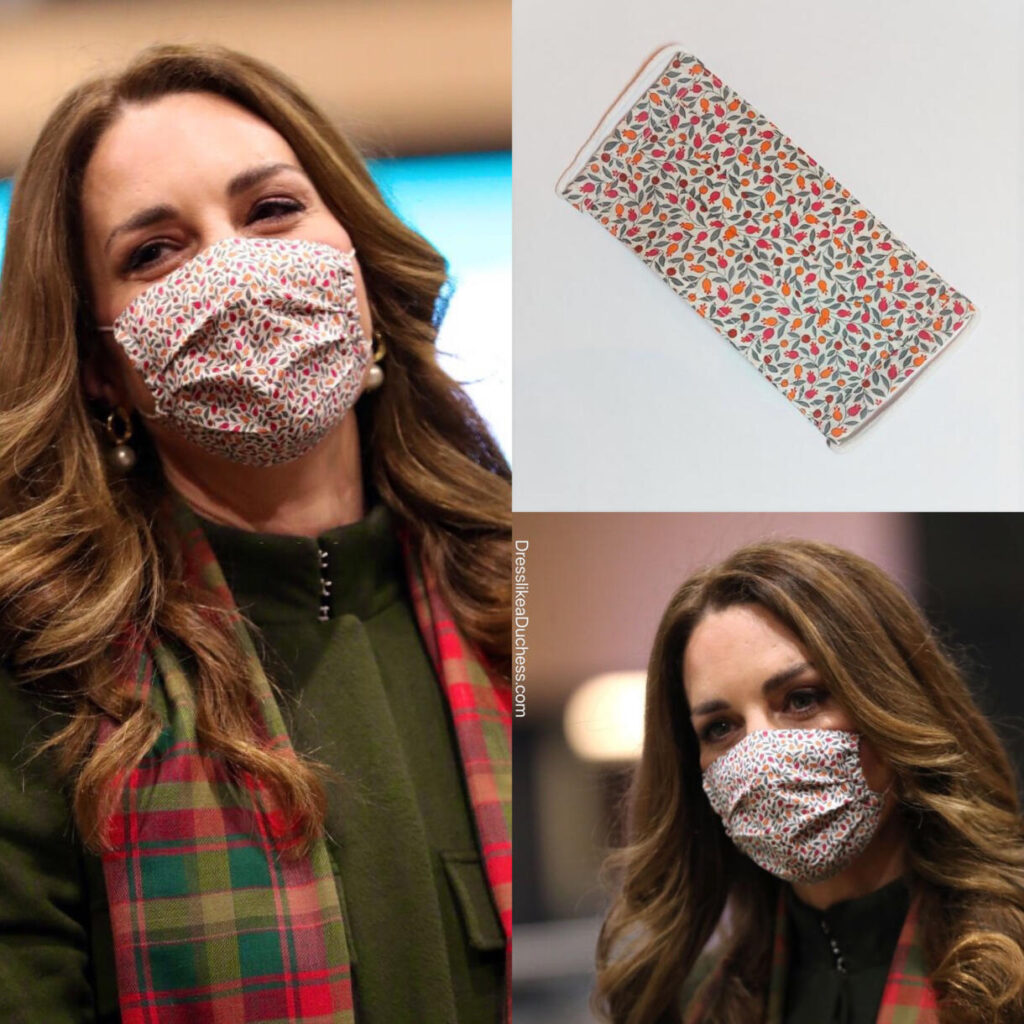 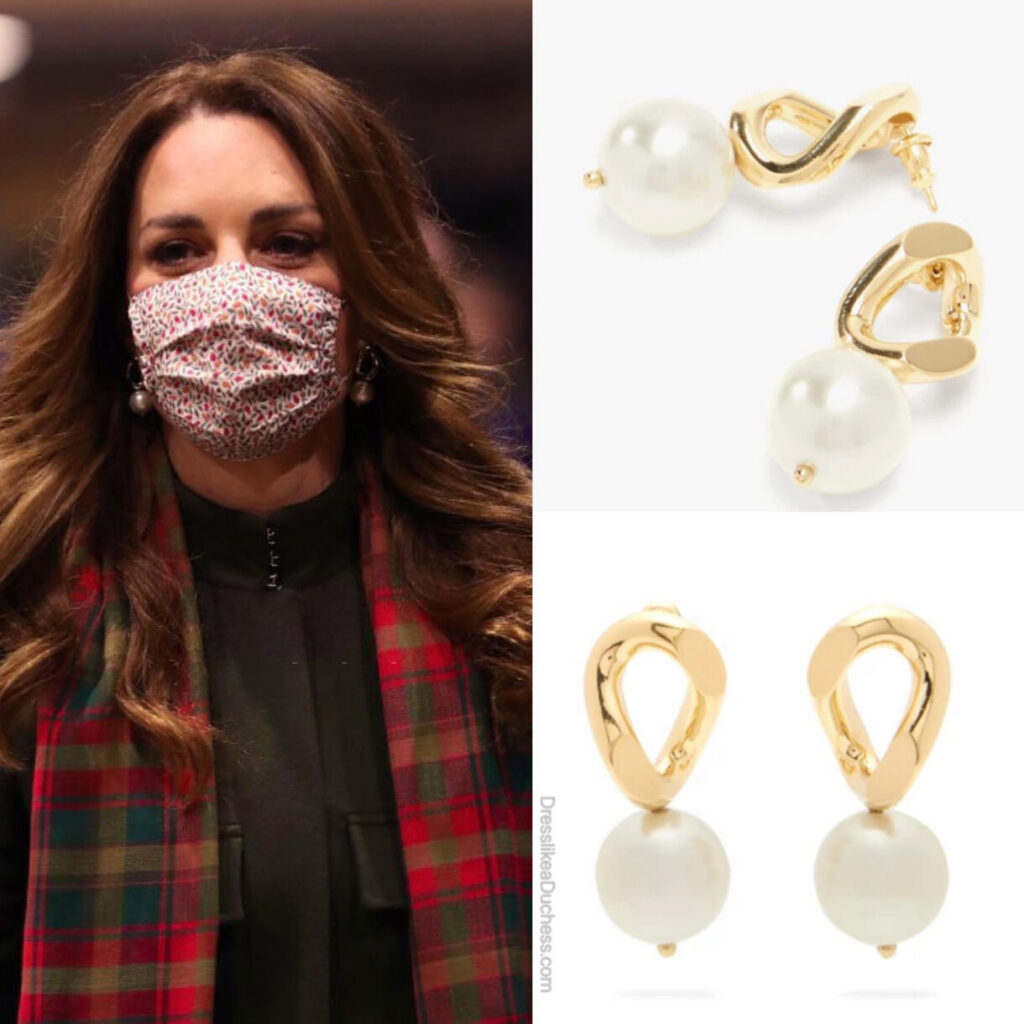 Kate and William gave each other affectionate glances while listening to music at the railroad station but any overnight canoodling would be hard to manage as the couple were believed to have had separate beds due to train suite ‘His’ and ‘Hers’ accommodations!