The Duchess of Cambridge cut a stark figure as she marked Remembrance Day with the royal family at the Cenotaph. Flanked by the Duchess Cornwall as the Countess of Wessex — the duchess was emotional as paid tribute to the fallen.

Appearing more stoic and solemn than in previous years, Kate looked distressed as she watched wreaths laid at the Whitehall monument and sang God Save the Queen.

The Queen was also scheduled to attend but cited health reasons for a last minute cancellation. Many media outlets have speculated on the monarch’s health as she has recently been spotted walking with a cane and is suffering from a sprained back. Still, the royal family rallied together to honor wartime heroes and join veterans, military and members of the public in the poignant National Service.

For the occasion, Kate recycled her military McQueen coat from 2018.

In addition, Kate wore a Tiffany Drop Brim hat from Lock & Co which she also owns in navy.

The British beauty also wore Princess Diana’s Collingwood pearl drop earrings which was her accessory of choice for her ensemble at the Festival of Remembrance on Saturday evening. 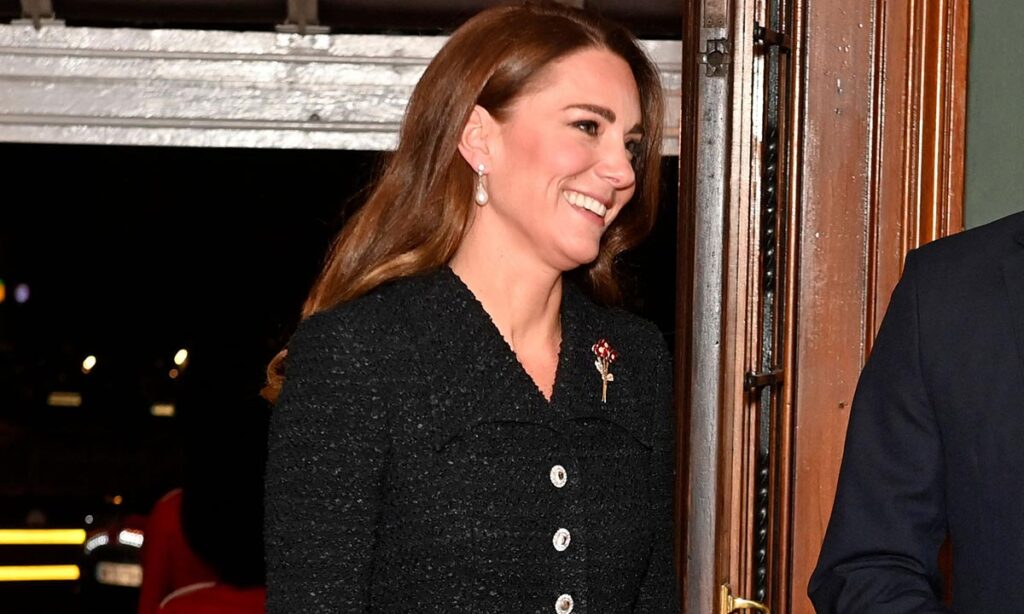 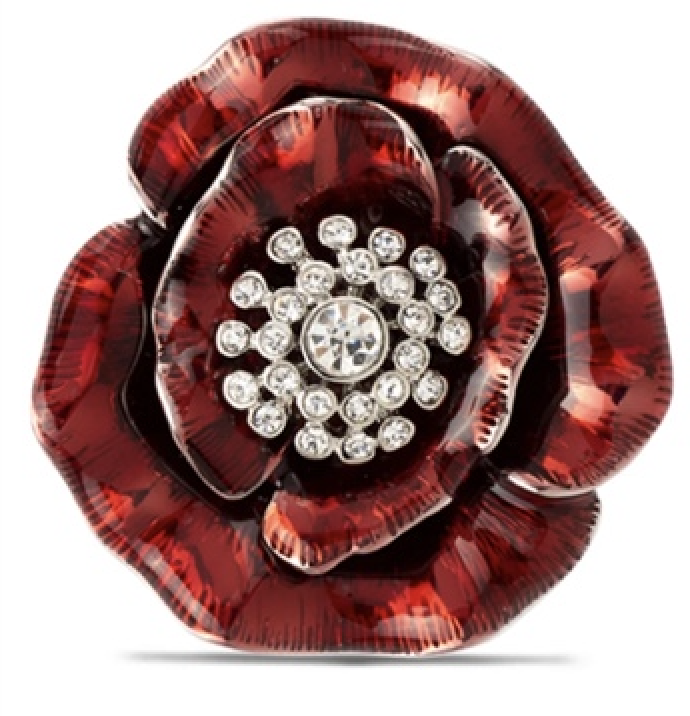 She completed the look with gloves which are thought to be from Cornelia James. 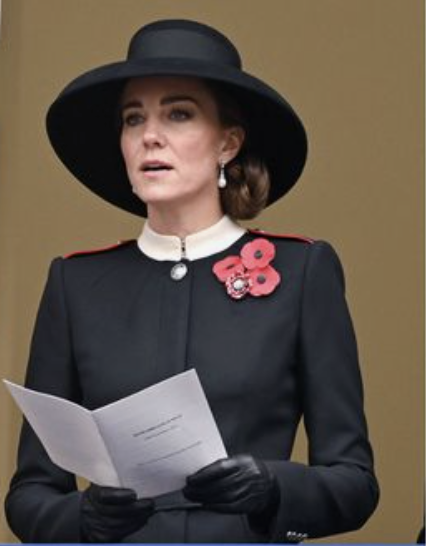 The Emilie gloves are made from nappa leather and are designed from Ethiopian lambskin. 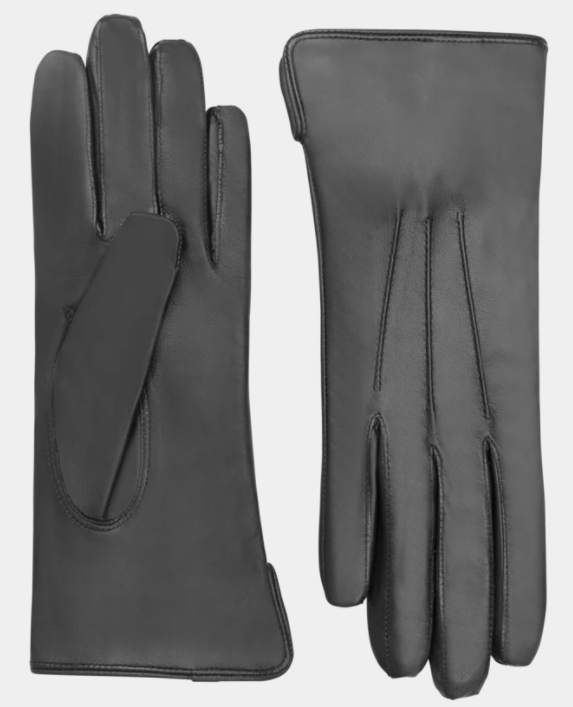 Kate’s look is believed to have been inspired by a Remembrance outfit worn by Princess Diana.